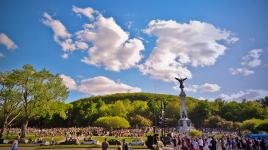 Beginning in 1874, Frederick Law Olmsted, Sr.’s, work on this nearly 700-acre landscape was his first major park project following the dissolution of his partnership with Calvert Vaux. This 750-foot-high monadnock, surrounded by a growing city, afforded Olmsted the opportunity to organize the site into a series of distinctive experiences. Transitioning from lowland Piedmont with deciduous trees, through increasingly wild, steep crags, to the summit planted with northern pines and firs emphasizing the rocky, exposed character, the visitor’s sense of removal from the city was progressively heightened.

Olmsted had hoped to create a summit promenade to enjoy the vistas, with areas below meandering down a glade of pastoral scenery. The economic Panic of 1873 prevented necessary acquisition of land, and lack of understanding interfered with full development of his conception. Olmsted’s framework was partially implemented beginning in 1875. His desire for gradual grades for walkways and drives, including consideration for handicapped accessibility, was thwarted, with only portions of the roadway realized in a limited manner. Olmsted self-published his report in 1881, detailing his design rationale.

Park development continued beyond the turn of the century, and Frederick Todd—reputed to be Canada’s first landscape architect, and a former Olmsted Brothers apprentice—designed several additions to the park, including a cafe structure in 1905 and Beaver Lake in the 1930s. The latter intervention, near the site of a fleur-de-lis-shaped reservoir in Olmsted, Sr.’s, plan, features an organic shoreline, suggesting that Todd applied Olmsted’s intended vision for naturalistic water features in his approach to park improvements. Mount Royal is, along with Iroquois Park in Louisville, Kentucky, one of only two mountain parks designed by Olmsted, Sr. In 2005 the Government of Quebec created the Mount Royal Historic and Natural District, a first in the province of Quebec. 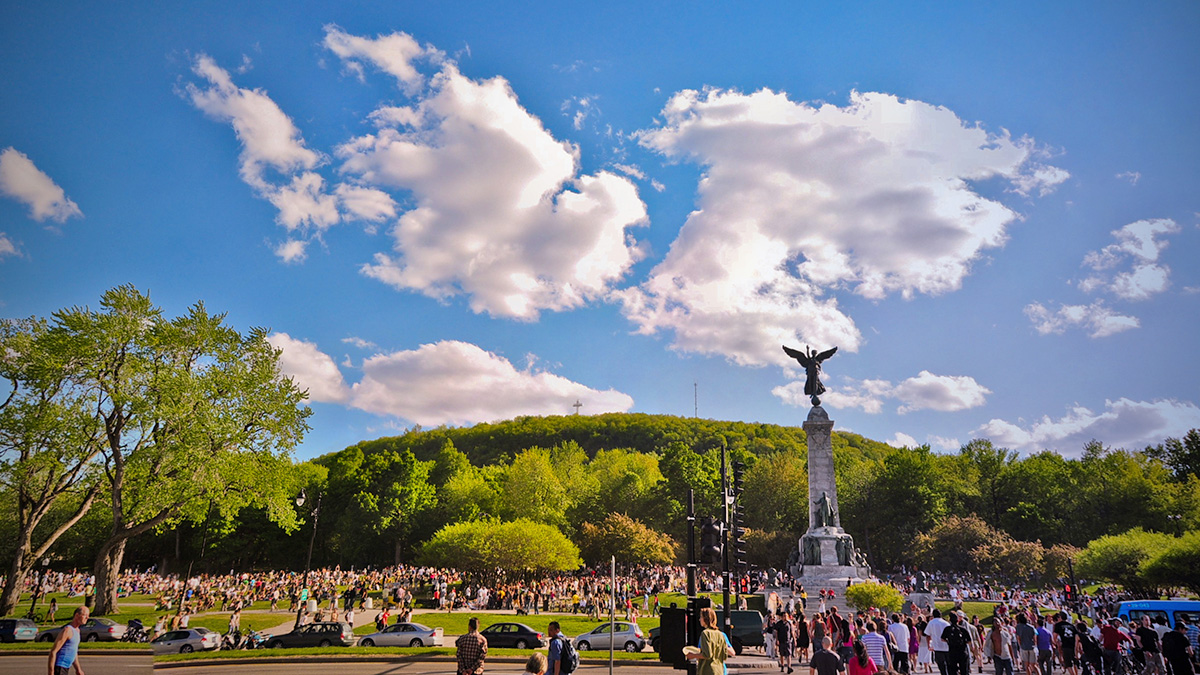 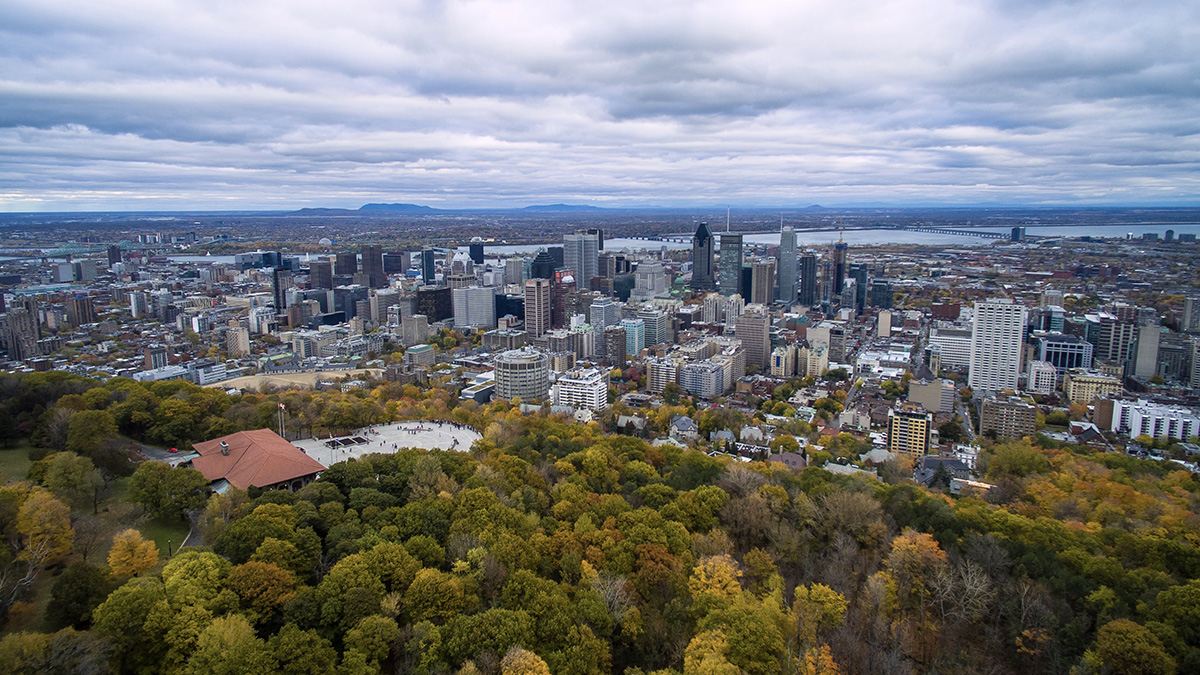 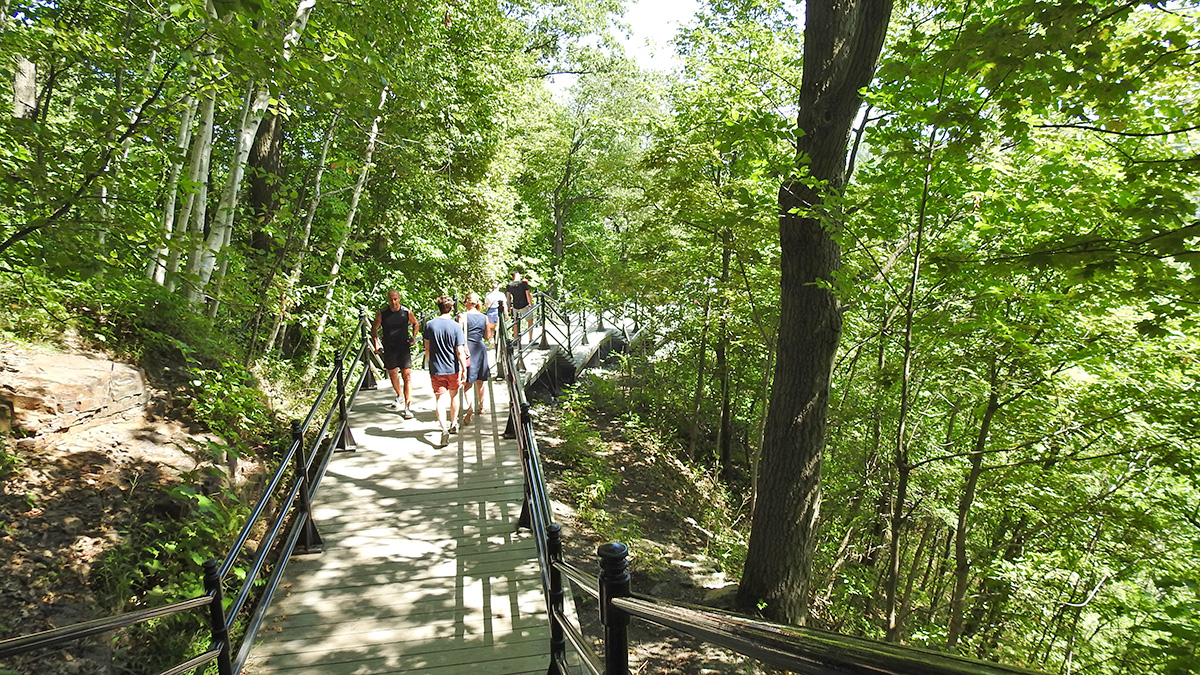 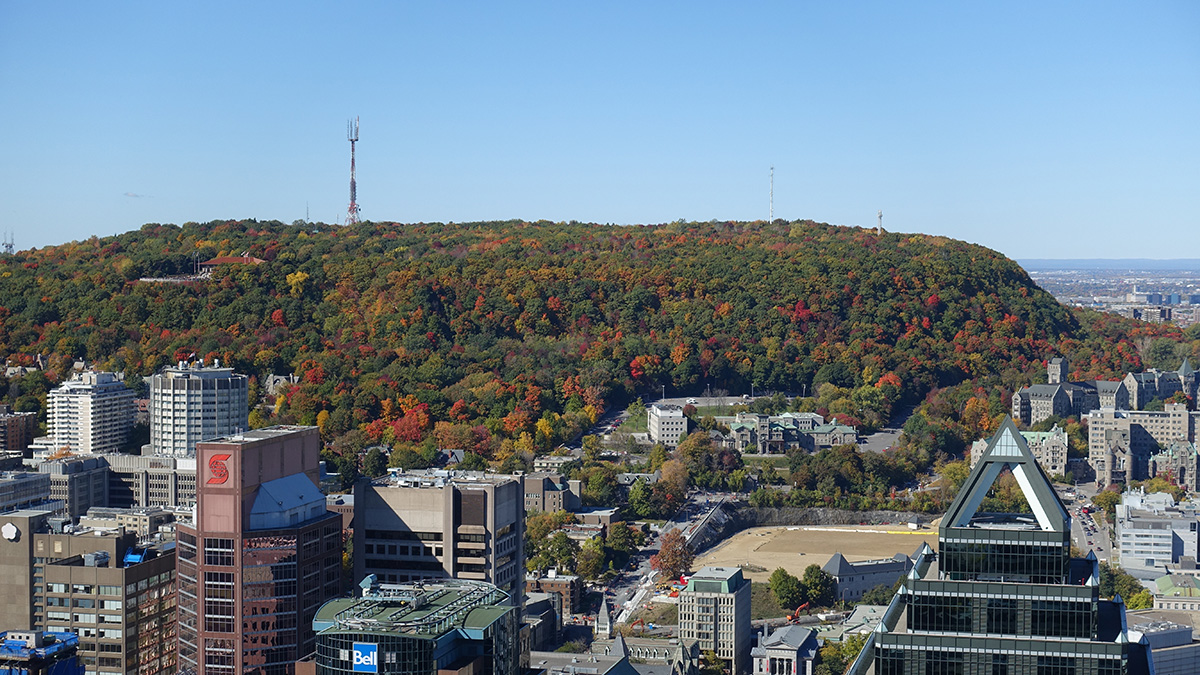