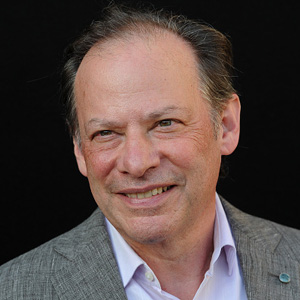 Editor’s Note: On April 30, 2020, Adam Gopnik, staff writer for The New Yorker, wrote the following letter to the D.C. Historic Preservation Review Board (HPRB) concerning plans that would demolish the sculpture MARABAR at the National Geographic headquarters in Washington, D.C. Completed in 1984, MARABAR is the work of celebrated artist Elyn Zimmerman, who recently spoke with TCLF about her career and the National Geographic commission in particular. After officially listing the National Geographic headquarters in its Landslide program for threatened cultural landscapes and landscape features, TCLF also requested that the HPBR revisit the case in light of information that the review board lacked when it rendered its initial decision.

I’m writing to join you in protesting the apparent plan to demolish Elyn Zimmerman’s remarkable sculptural grouping “Marabar”, on the plaza of the headquarters of the National Geographic Society in Washington.  Or, more precisely, I’m writing to praise it, and explain why I, and so many other art lovers, believe that its demolition would be an appalling insult to art and to human values, which future historians of the Society and of the Washington urban fabric will view with dismay and disbelief.

Zimmerman is one of the most distinguished ‘site-sculptors’ of her generation, whose work responds with unique sensitivity to questions of specific place and terrain.  In rebellion against the pre-fabricated nature of so much public modernist sculpture, installed from studio to plaza without contemplation, her generation of American artist thought hard about the where of art as much as the what.   Zimmerman brought to this generational ambition a special caressing sensitivity to materials, surfaces and quietly understated but principled statements about culture and history.

Marabar is a break through work in her development as an artist.  Rooted in her experience of the Indian sub-continent – the title references a mysterious cave sequence in E.M. Forster’s novel “ A Passage To India”  -- it creates a dialogue between finished and unfinished surfaces ,  between the smooth and the rough, the mirrored and the unreflective , that mirrors in a larger sense arguments about the constant exchange between things we find and the things we make, between  nature  and culture. The work, first installed in 1983, was a trigger for much of her later, highly praised explorations of similar themes, revealed in memorable work in public places and private gardens throughout the United States. Though she evades a signature ‘look’ Zimmerman ever since has found ways to make things that, though they may look seductively abstract, still point truths about the concrete realities of terrain and geography – as in her recent inspired piece in New Orleans, where the history of the river’s flooding provides a template for design.

All of this began, in a sense, at Marabar, and what’s more seems a mission that could not be better suited, more artistically integral, to the mission of the National Geographic Society.  To lose this work would be to lose a small but significant piece of American art history, to needlessly deface the built environment of Washington, and to make the world an uglier place.