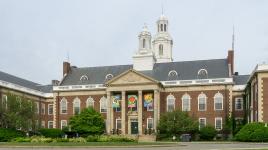 Incorporated as a town in 1766 and nicknamed the Garden City in 1874, Newton, Massachusetts, grew from a collection of historical agricultural and mill villages west of Boston. Until 1931, this on-the-rise wealthy suburb had used a Victorian-style building in West Newton to serve as its city hall, library, and jail. After much debate, a ten-acre triangular parcel of uneven boggy land in a residential area, nearly the geographic center of the villages, was purchased, bordered on one side by historic Commonwealth Avenue where the last leg of the Boston Marathon is run. Boston architects Allen and Collens were hired to design a distinctive city hall and a war memorial, with Olmsted Brothers to create a suitable landscape.

The challenges were many—the triangular lot necessitated a building attractive on all facades and the extant Hammond Brook, which fed the bog, had to be controlled. To meet the lot’s strictures, the architects created a single T-shaped building for both functions; the broad end, the prominent City Hall, faced east, while the western-facing pedimented and colonnaded narrow end with its steeple, the War Memorial, was to honor all who had perished in wars from the Revolution onward. Olmsted Brothers partner Henry Hubbard, with Carl Parker, manipulated the grade to elevate the building forvisual and  engineering advantage, and transformed the unruly brook into three low-lying, linked ponds, in which the Georgian Revival City Hall was reflected, encircled by grassy banks to absorb flooding. A stone bridge and meandering paths with benches complemented the design. Rich tree and shrub plantings set along lawns throughout the site were a reminder of Newton’s horticultural heritage, and offered shady, textured respite for visitors. On the west, a commemorative flagpole and lawn provided appropriate spaces for Armistice Day celebrations, with thick tree plantings along the abutting streets, encasing this municipal triangle in verdure. Winner of the Harleston Parker architectural award in 1936, Newton City Hall and War Memorial were listed in the National Register of Historic Places in 1990. 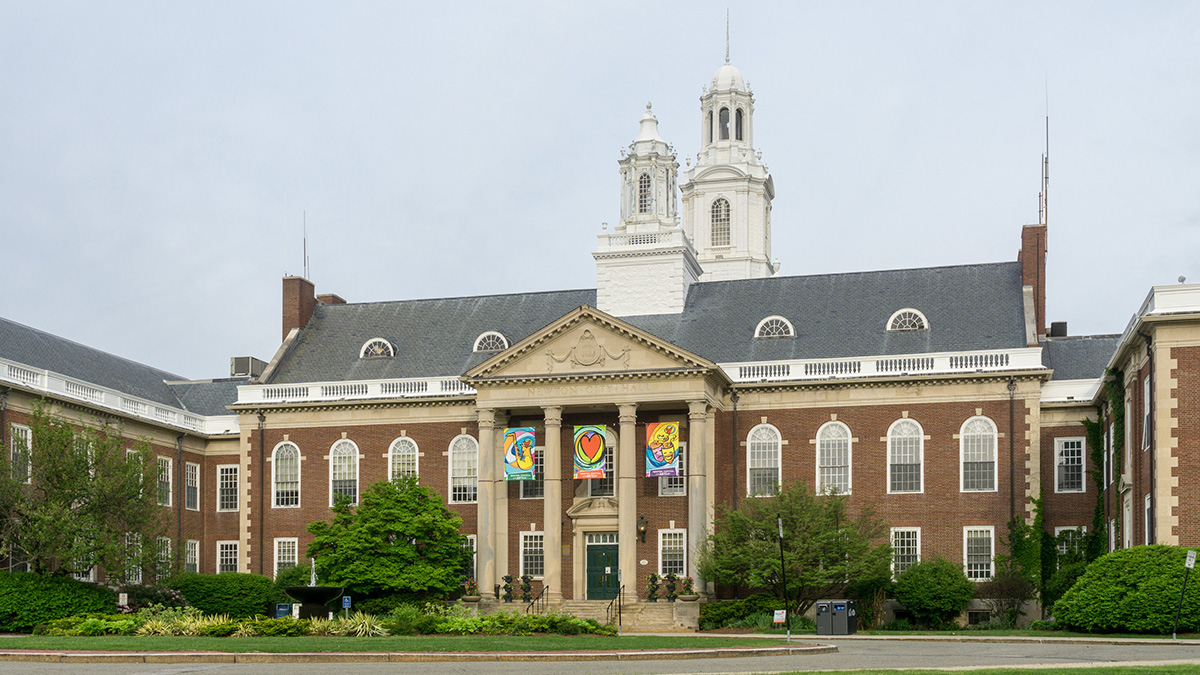 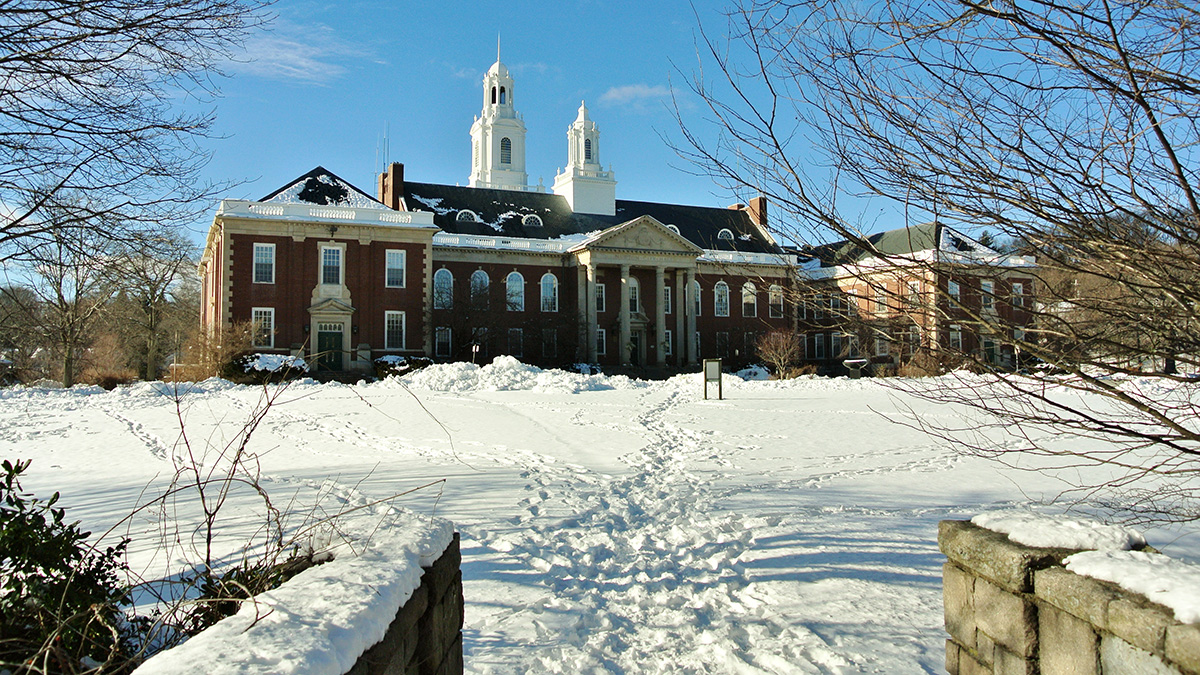 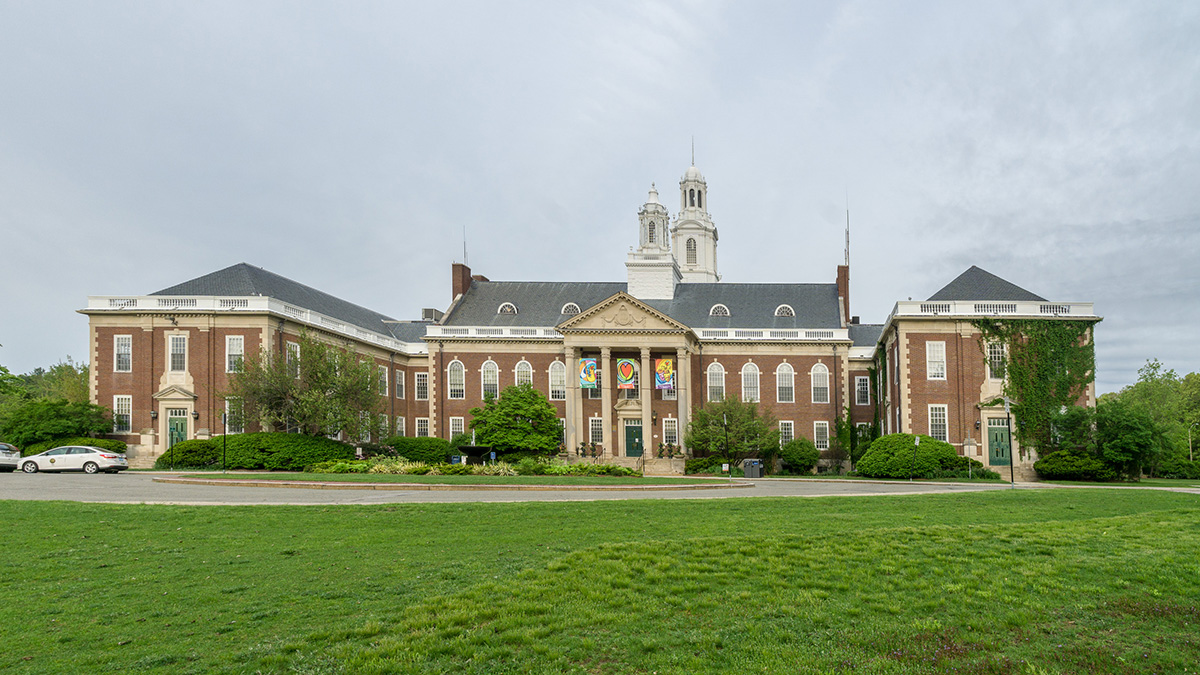