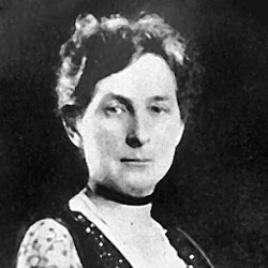 Born near Washington, New Jersey, King was a leading figure in the garden club movement. Upon marrying in 1890 she lived in Chicago and Elmhurst, where she developed a serious interest in gardening. King moved to Alma, Michigan, in 1904 and began working on the gardens at her home, Orchard House, which later became well-known through her books, magazine articles, and lectures. Her work influenced gardens across the country, especially between 1910 and 1940, her writing first appearing in The Garden Magazine in 1910. The following year King co-founded the Garden Club of Michigan, also co-founding the Garden Club of America in 1913 and the Woman’s National Farm and Garden Association in 1914. Her first book, The Well-Considered Garden, was published in 1915. Over the next fifteen years, King published an additional eight books, including Pages from a Garden Note-Book (1921), The Little Garden (1921), Variety in the Little Garden (1923), Chronicles of the Garden (1925), The Beginner’s Garden (1927), The Flower Garden Day-by Day (1927), The Gardener’s Colour Book (1929), and From a New Garden (1930). She authored articles for such publications as Country Life, House and Garden, The Garden Magazine, and House Beautiful.

Upon her husband’s death in 1927, King moved to South Hartford, New York, and designed a new garden she named Kingstree. In addition to writing, she also lectured across the country, as well as Great Britain and other locations in Europe, into the 1940s. King saw gardening as a democratic force that could bring people together and help women establish themselves in numerous garden-related professions. As an ardent suffragist, she was active in the Michigan campaign for women’s suffrage, promoting the advancement of women throughout her career. King died in Milton, Massachusetts, her ashes being scattered over her garden in South Hartford, New York. 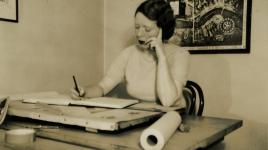