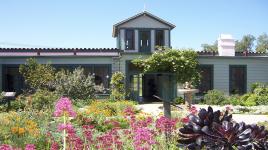 Originating with an 1845 land grant by the Mexican government, the Guajome Rancho initially comprised 2,219 acres consolidated from the San Luis Rey Mission lands. Following a series of purchases after the Mexican-American War, the property was given to Ysidora Bandini, wife of Lt. Cave Johnson Couts, as a wedding gift by her brother-in-law Abel Stearns. Nephew to Cave Johnson, Postmaster General under President James Polk, Couts made the Guajome tract the center of a cattle-ranching operation that covered more than 31 square miles. The ranch, including the ranch house, barns, stables, sheds, servants’ quarters, corrals, and chapel, was built and operated by indentured Luiseño Mission Indians. The ranch remained in the Couts family for 90 years until the 1940s. The San Diego County Department of Parks and Recreation acquired 165 acres of the original land grant in 1973 and has since restored the ranch house.

Situated 1.5 miles southeast of Lake Guajome, the single-story, Spanish Colonial adobe ranch house is surrounded by an arcaded veranda that looks onto a wetland populated by buckwheat, willows, and sage. Built in 1853, the hacienda encloses an inner courtyard with a central fountain and a formal arrangement of orange trees, shrubs, flowers, and vines, the whole ensemble divided into four parts by flagstone pathways. Now an open area with a single century-old pepper tree, the outer carriage courtyard was once enclosed by a jail, blacksmith shop, horse stalls, carriage house, reservoir, and harness room. To the southeast of the hacienda is a small chapel with contiguous manicured lawns planted with shade trees. Farther east is a fenced community garden. Some 77 acres are leased for tomato cultivation, while another 40 acres are leased to the Antique Gas and Steam Engine Museum. The ranch was listed in the National Register of Historic Places and became a National Historic Landmark in 1970. 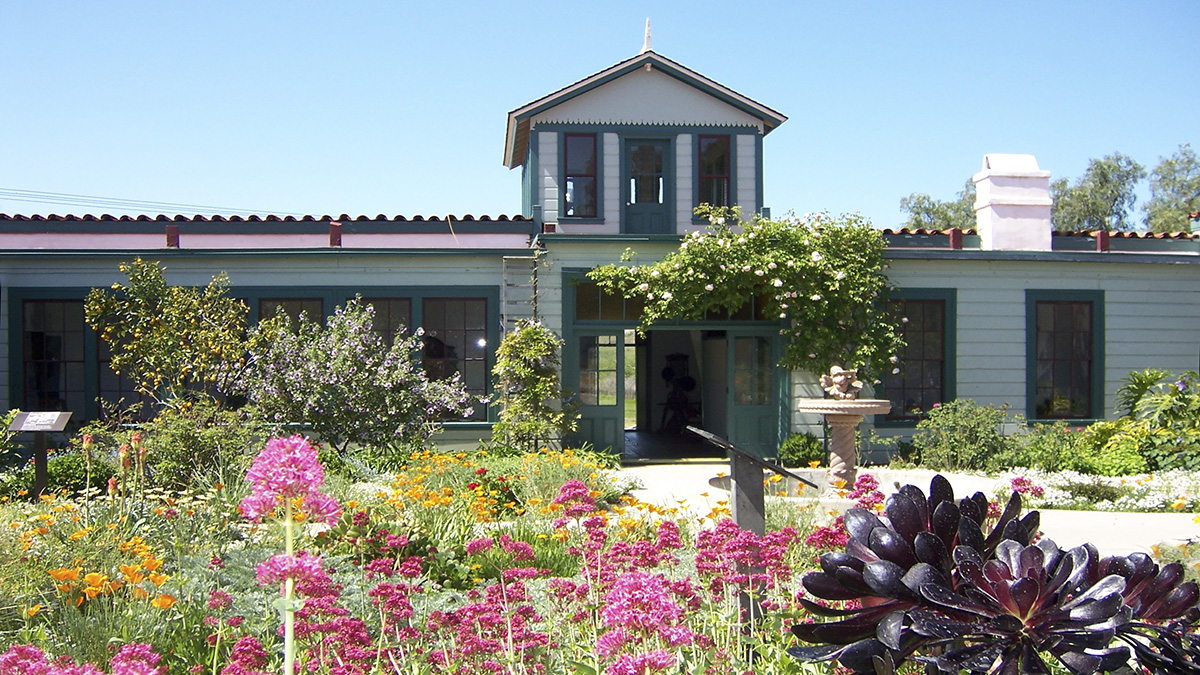 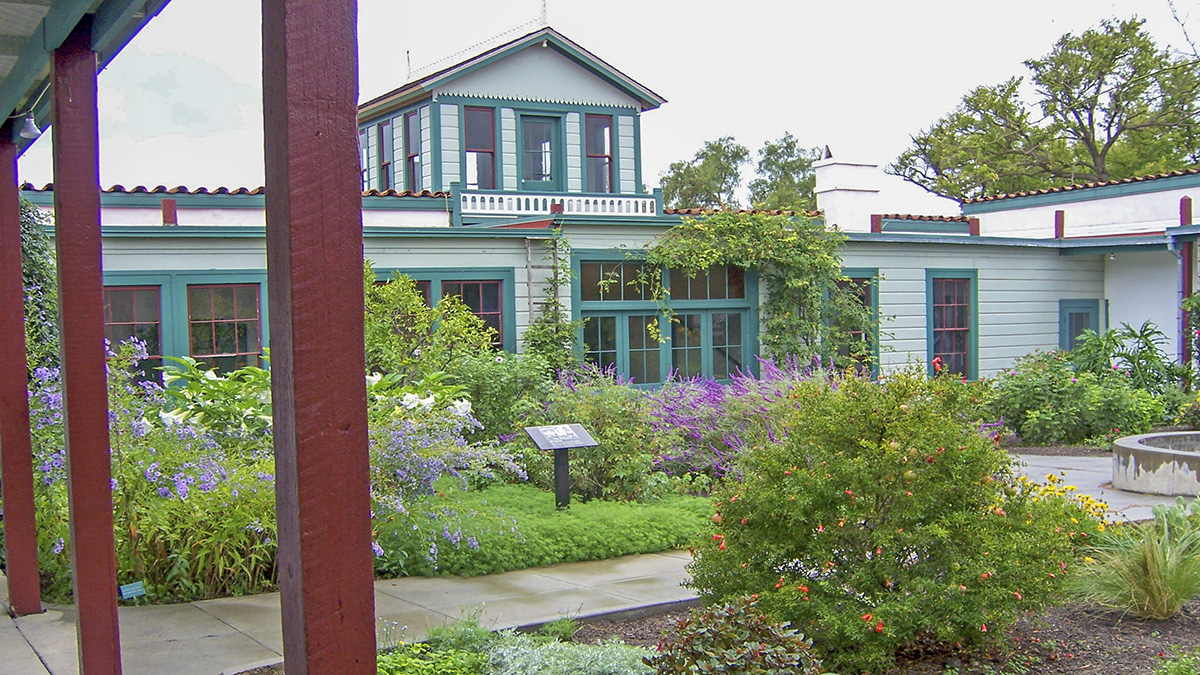 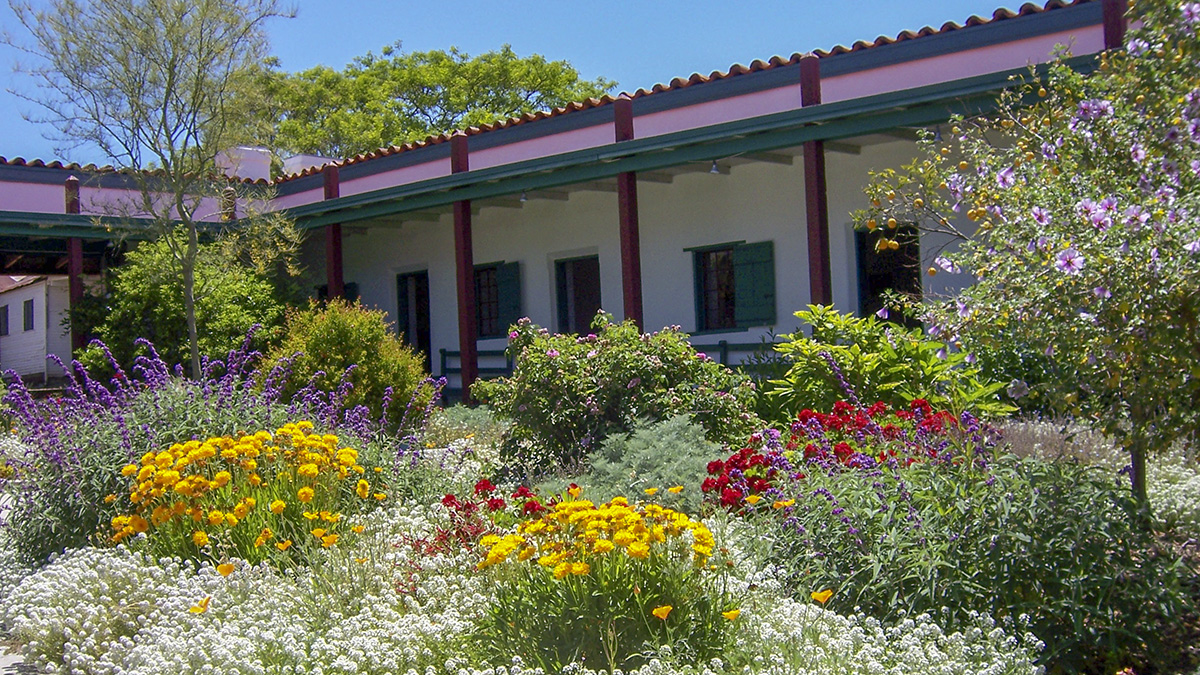 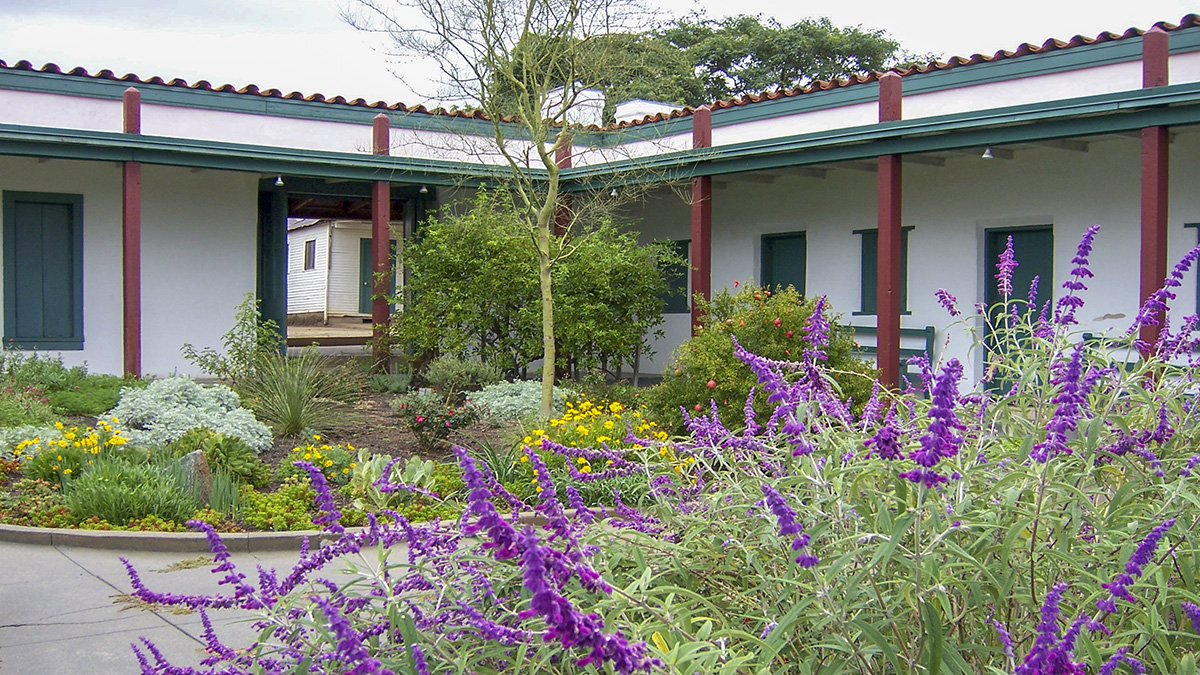 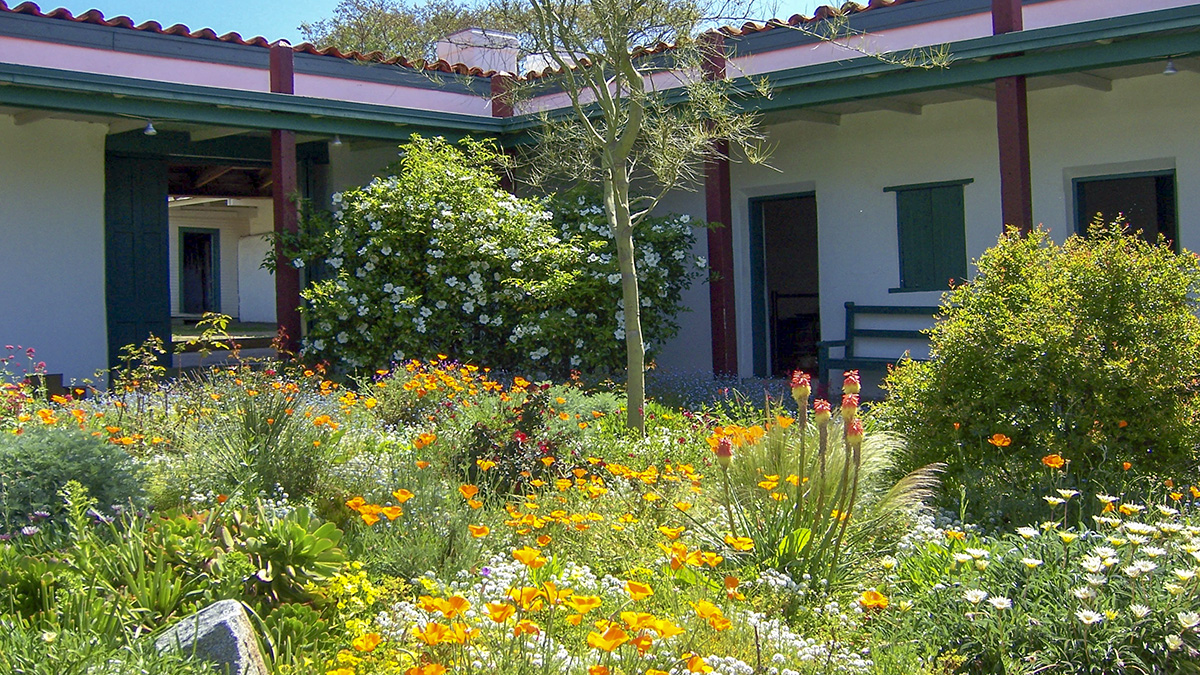 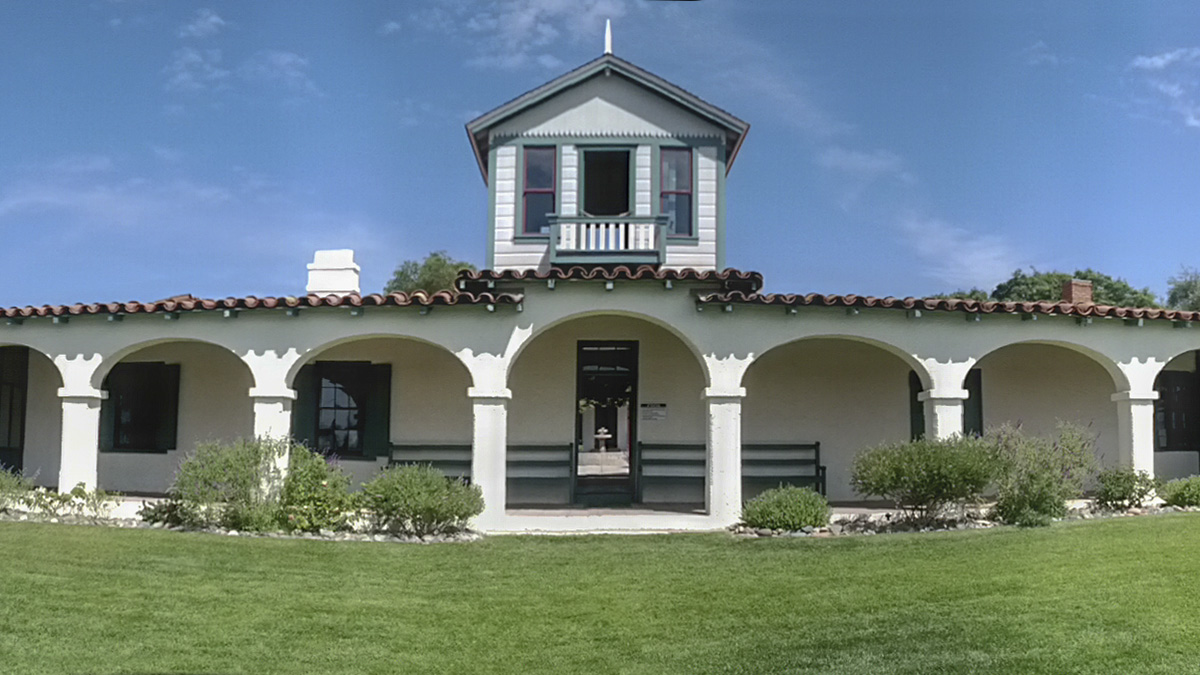 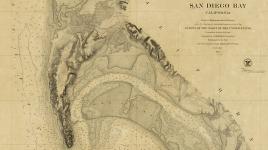 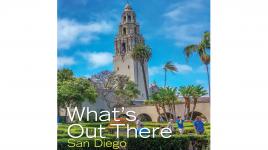 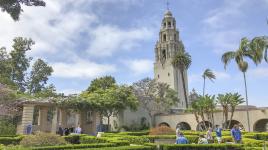