TCLF first listed Saugatuck Dunes as a threatened site in its 2011 Landslide: The Landscape I Love. But efforts to protect the lightly settled coastal area at the mouth of Michigan’s Kalamazoo River have been under way for nearly six decades. A significant threat emerged in 2006, when oil tycoon Aubrey McClendon purchased an expansive tract of the dunes fronting Lake Michigan and began to plan a large-scale development. The plan attracted the attention of the National Trust for Historic Preservation, which included the dunes among "America's 11 Most Endangered Historic Places" in 2010. After McClendon’s untimely death in 2016, the property’s new owner, Jeff Padnos, working with a Holland-based development company, Cottage Home, proposed a private marina and gated community that now threaten to mar the landscape and destroy the unique ecology of the surrounding area. 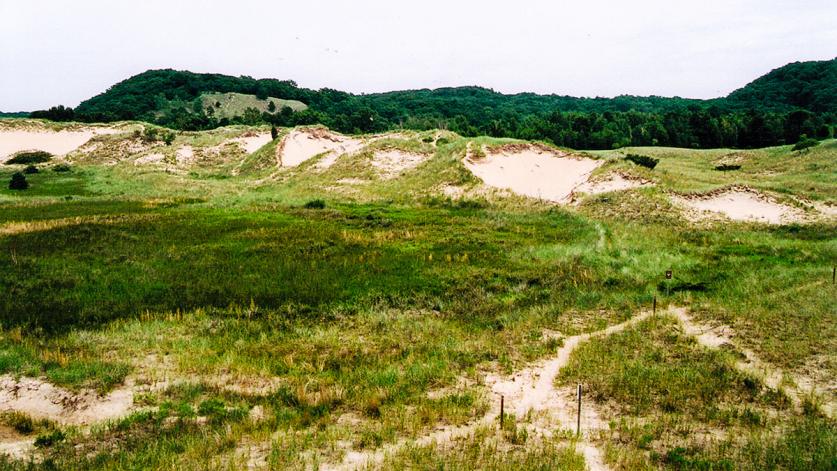 Spanning approximately 2,500 acres along the shores of Lake Michigan and the Kalamazoo River Watershed, the Saugatuck Dunes form part of the greatest expanse of freshwater dunes on Earth. The region was originally inhabited by Native Americans who settled along the dunes as early as 1,500 B.C. European traders occupied the water’s edge in the seventeenth century, and, by the 1830s, permanent American settlements were established at the site. During the nineteenth century, the area became a destination for Chicagoans seeking passive recreation amid the natural setting. In 1898 social reformer Reverend George Gray established his 100-acre ‘Chautaqua for the Poor Forward Movement Camp.’ The Ox-Bow Summer School of Art, also established here at the turn of the century, helped usher in the American era of plein-air painting and encouraged collectors and benefactors to visit the region, making it a popular destination for tourists.

Even so, the landscape retained its natural and unspoiled character. To the north and south of the river’s mouth, steep dunes descend directly onto the beach, while the central, riverine dunes are gently sloping and grass-covered. The marshy and wooded landscapes of the surrounding area encompass important cultural and historical sites, including the 1,000-acre Saugatuck Dunes State Park, Ox-Bow School of Art & Artists’ Residency, and dozens of historic structures, three of which are listed in the National Register of Historic Places: the Felt Estate (listed in 1996), Lake Shore Chapel (1997), and Saugatuck Harbor Navigation Structures (2001). In 2007 the non-profit Saugatuck Dunes Coastal Alliance was established to advocate for and protect the landscape. 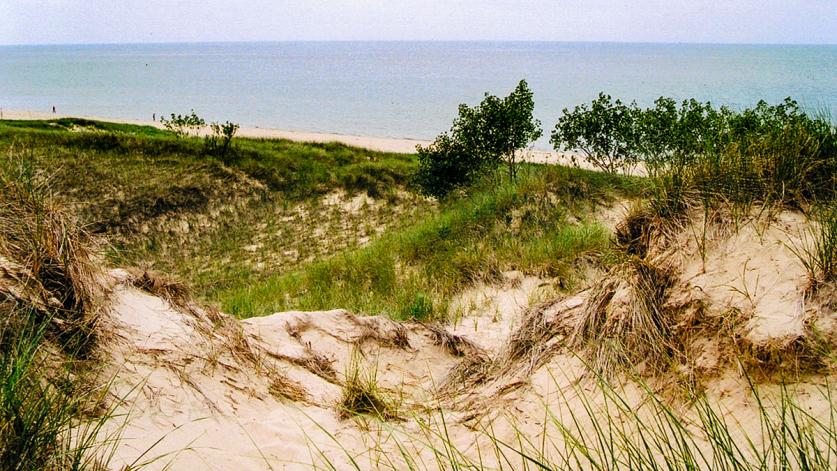 Following the death of Aubrey McClendon, the land that he had purchased, some 300 acres sandwiched between the Saugatuck Harbor Natural Area and the Saugatuck Dunes State Park, was put up for sale at auction in August 2016. There were two bidders for the property: One was a public-private partnership that included conservation organizations, regional philanthropists, and the Saugatuck Dunes Coastal Alliance, which proposed a Saugatuck Dunes Field Station & Research Facility as part of a West Michigan-based university. The second bidder, Jeff Padnos, proposed a marina development similar to one that McClendon had planned. Mr. Padnos won the bid and quickly sought permits to excavate a 1,600-foot-long, 200-foot-wide, 14-foot-deep marina channel that would cut through the buried ghost town of Singapore, surrounded by publicly-funded natural areas that are home to endangered species and globally imperiled interdunal wetlands. 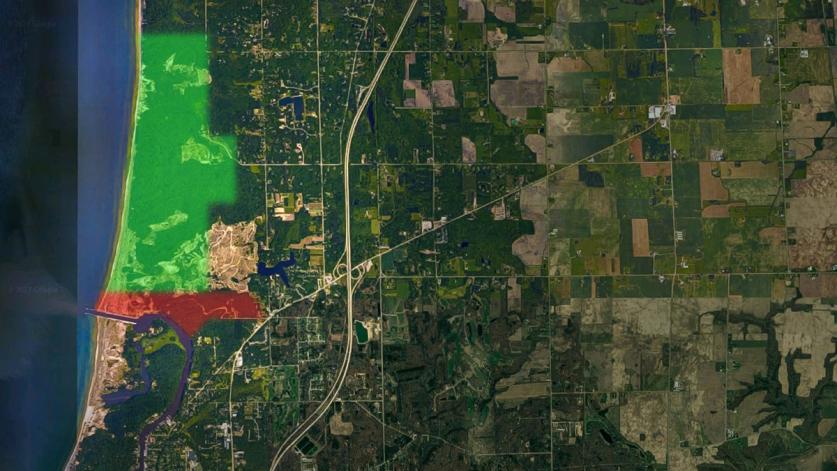 The proposed marina is facing several obstacles. On December 1, 2017, the Michigan Department of Environmental Quality (DEQ) released a letter detailing eleven issues that must be addressed before the marina, which “would convert approximately 7 acres of critical dune area to open water,” can receive state-level approvals. The DEQ’s letter reflects the many studies, surveys, dissertations, field notes, bird lists, alternative plans, maps, photographs, and detailed letters of concern that have been submitted by scientists, historians, and myriad citizens who have studied the Saugatuck Dunes for decades. The project is also adamantly opposed by the Match-E-Be-Nash-She-Wish Band of Pottawatomi Indians, which has issued a letter of protest, pointing out that the large-scale excavation and spreading of sand could adversely affect heretofore undisturbed Native American burial grounds. The Army Corps of Engineers has required that an archaeological survey be undertaken before considering whether to issue permits for the development. Given the massive quantity of sand that would need to be removed to construct the marina—nearly 200,000 tons—the state is also considering whether a sand-dune-mining permit is required. Sand-dune mining was banned along Lake Michigan’s shores in 1998, making such a permit a central issue. The Saugatuck Coastal Alliance has also appealed to a circuit court the Saugatuck Township Planning Commission’s approval of the marina, which was given despite the fact that a township zoning ordinance unequivocally states, “In no event shall a canal or channel be excavated for the purpose of increasing the Water Frontage.”

Shortly after Padnos closed on the property, the Saugatuck Coastal Alliance engaged the firm Design Workshop to assess the situation. The project’s lead landscape architect, Richard Shaw, has toured the property with the developer. Shaw presented alternative approaches during a community gathering, and spoke at length with the property owner about a conservation-design approach that aligns community values with the goal of accommodating development. The DEQ letter from early December reflects the proposed alternative design: “There appears to be other options to create boat mooring and additional river access for this project that would minimize the impacts to the critical dune area. We would like to meet with you to discuss these options as well as any other parts of this letter you may need clarification on.” 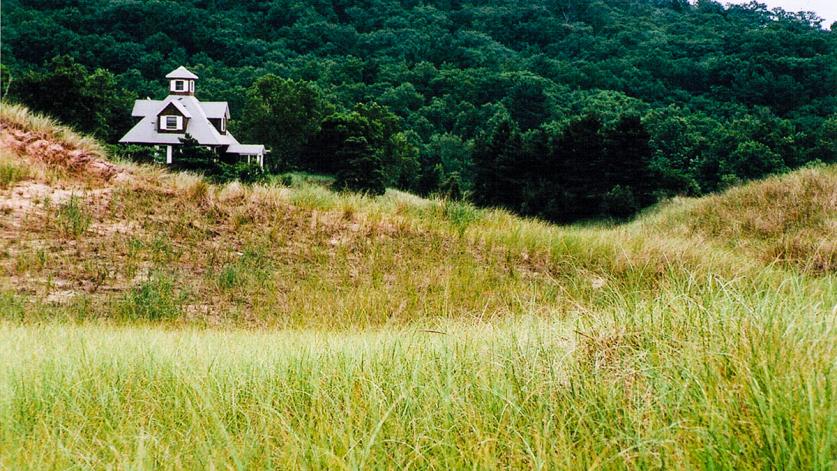 HOW YOU CAN HELP

The Saugatuck Coastal Alliance remains hopeful that the legal checks-and-balances and the proposed alternative plan will lead Mr. Padnos to consider a true conservation-oriented design that respects community values and local zoning ordinances. To learn how you can help preserve this site of immense historical and cultural significance, visit the Coastal Alliance’s Facebook page and website. The Coastal Alliance is currently raising funds to support its legal strategy and on-going consulting work. 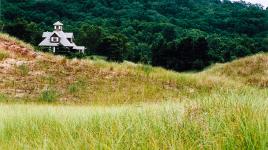 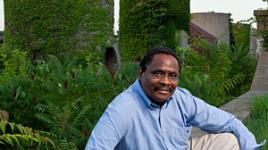 2011: The Landscape I Love
See all related 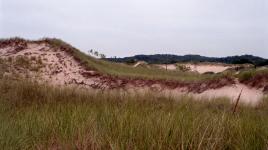 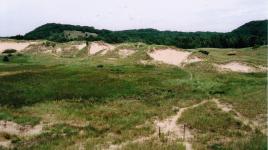