Sculptor Gregory Ryan Asks Preservation Board to Save MARABAR (2020)

Sculptor Gregory Ryan Asks Preservation Board to Save MARABAR (2020) 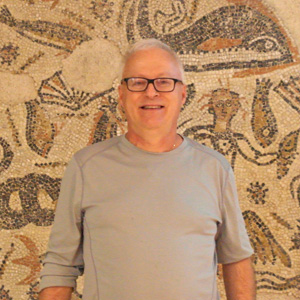 On May 18, 2020, Gregory Ryan, sculptor and artist, wrote the following letter to the D.C. Historic Preservation Review Board (HPRB) concerning plans that would demolish the sculpture MARABAR at the National Geographic headquarters in Washington, D.C. Completed in 1984, MARABAR is the work of celebrated artist Elyn Zimmerman, who recently spoke with TCLF about her career and the National Geographic commission in particular. After officially listing the National Geographic headquarters in its Landslide program for threatened cultural landscapes and landscape features, TCLF also requested that the HPBR revisit the case in light of information that the review board lacked when it rendered its initial decision.

I am writing to express my strong objections to the demolition of MARABAR, a cultural and preeminent sculpture garden that has been a prominent and important landmark at the National Geographic Society (“the Society”) since its construction in 1984. I first visited MARABAR in 1985 and have ever since appreciated its beauty and elegance. It is truly an architectural landmark, and it is essential that it be preserved.
When the National Geographic Society revealed its plans to overhaul the main entrance plaza to its designed Washington, D.C., campus last summer to build a “pavilion,” MARABAR was not included. Elyn Zimmerman quite reasonably expected that MARABAR would be preserved, not intentionally destroyed. It is noteworthy that neither Hickok Cole nor the Society have commented on the sculpture’s destruction to the media.
For some reason unknown to me, the Post has refused to report on the important issue. That said, others have condemned the destruction of MARABAR. including the Art Newsletter, Architects Journal, and the New York Times.
The Cultural Landscape Foundation implored the concerned public to contact D.C.’s Historic Preservation Review Board, urging them to “revisit the plans for the new pavilion in order to take a full account of its effect on the sculpture.”
I am one of many who ask the Board to do so and preserve MARBAR, whose creation is evocative of the Barabar Caves in India, referred to as the Marabar Caves in EM Forster’s landmark novel, “A Passage to India”, a work of great resonance and the creator’s vision of that site.
The situation here is identical to the Frick Gallery’s request to the NY Preservation Commission to destroy Mr. Frick’s landmark garden adjacent to the Frick mansion. The NY arts community rose up as one, and permission to build an annex and destroy the garden was denied by the New York Cultural Commission. Surely you can do the same for MARABAR.
Mr. Childs has urged the board to “preserve her [Zimmerman’s] sculpture as part of whatever modifications are being contemplated." I concur.
To destroy MARABAR would be an act of civic vandalism by the Society and its collaborator Hickok Cole.
Neither the Board nor Hickok Cole has responded to numerous requests for comments, in effect “stonewalling” the press, the Board, and the public. That in and of itself is an utter disgrace.
The Board did relay to the Times that the absence of MARABAR in the plaza redesign was intentional and not some sort of egregious oversight, in response no doubt to a Preservation Board member who indicated he was never told of MARABAR’s destruction. That is unethical and an opaque response by the Society.
Zimmerman herself indicated to the Architect’s Journal that she “has also made clear her displeasure with the idea of her work being removed from the site," and, per the Times, “did not take it seriously at first because so much work had gone into preparing the site for its installation” when she first got wind of a potential plaza redesign in 2017.”
“The largest of those boulders weighs a quarter of a million pounds,” she explained to the Times, expressing concern with how cumbersome, not to mention potentially damaging to the surrounding buildings, it will be to remove and relocate the boulders while keeping them fully intact. “They’re going to have to dynamite the thing.”
We have had enough destruction over the past 60 years... Penn Station and numerous other significant structures.
MARABAR is an immensely important sculpture. Its destruction because the Society’s Board finds it inconvenient is unacceptable.
MARABAR is in a historic district. It is of immense importance to Washington and the world community. The Society has preserved other historic structures on its campus, such as Hubbard Hall.

I ask that MARABAR be added to the DC historic Register as a site deserving of preservation and deny the application of the Society for its destruction.

< Back to the MARABAR Support Letters Page |