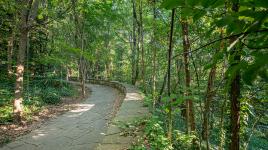 Before European colonization, an extensive oak and beech forest covered the area of Mount Saint Alban, the high point of a piedmont plateau above the Potomac River on which the Washington National Cathedral sits. Initially hired in 1907 to consult on the grounds for the Cathedral’s Choir School, Frederick Law Olmsted, Jr., with Olmsted Brothers, eventually expanded the firm’s purview to include a comprehensive plan for the 59-acre campus of the Cathedral. Executed from 1907 to 1928, the plan included internal roadways, locations for institutional buildings, a series of open spaces and gardens, enhancement of an existing outdoor amphitheater, and the preservation and protection of the remaining five acres of woodland, now known as the Olmsted Woods.

In Olmsted, Jr.’s, plan, the south slope was dedicated to open space, with a winding Pilgrim Way providing a calming passage through the stream-strewn woodland to the assemblage of ecclesiastical buildings at the hill’s summit. The non-profit All Hallows Guild, founded in 1916 to steward the Cathedral’s grounds, secured funds to add large specimen trees to augment the grounds, an effort Olmsted hoped would create a feeling of permanence and antiquity. A grant enabled the Guild to complete the Pilgrim Way, sometimes called the Pilgrim Path, in 1955. From 2000 to 2008, measures were implemented to improve the woodland area’s stormwater management and biodiversity while maintaining public access. As part of these efforts, the design team, which included Andropogon Associates landscape architects, resurfaced the Pilgrim Way in stone and retraced its path through the woods to minimize its impact on sensitive areas vulnerable to flooding and erosion. Additional vegetation management and renewal strategies included tree root aeration, the introduction of stormwater infiltration pits, and new dedicated seating areas that protect sensitive plants and ecologies while enhancing the visitor experience. The Cathedral was listed in the National Register of Historic Places in 1974. 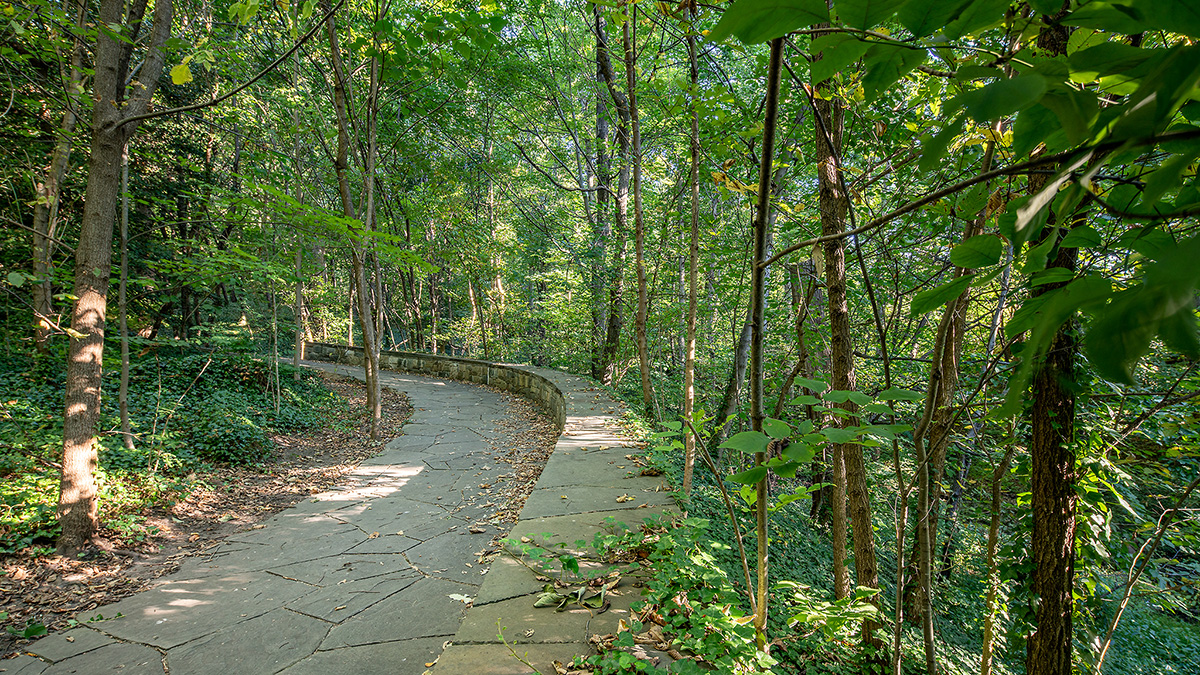 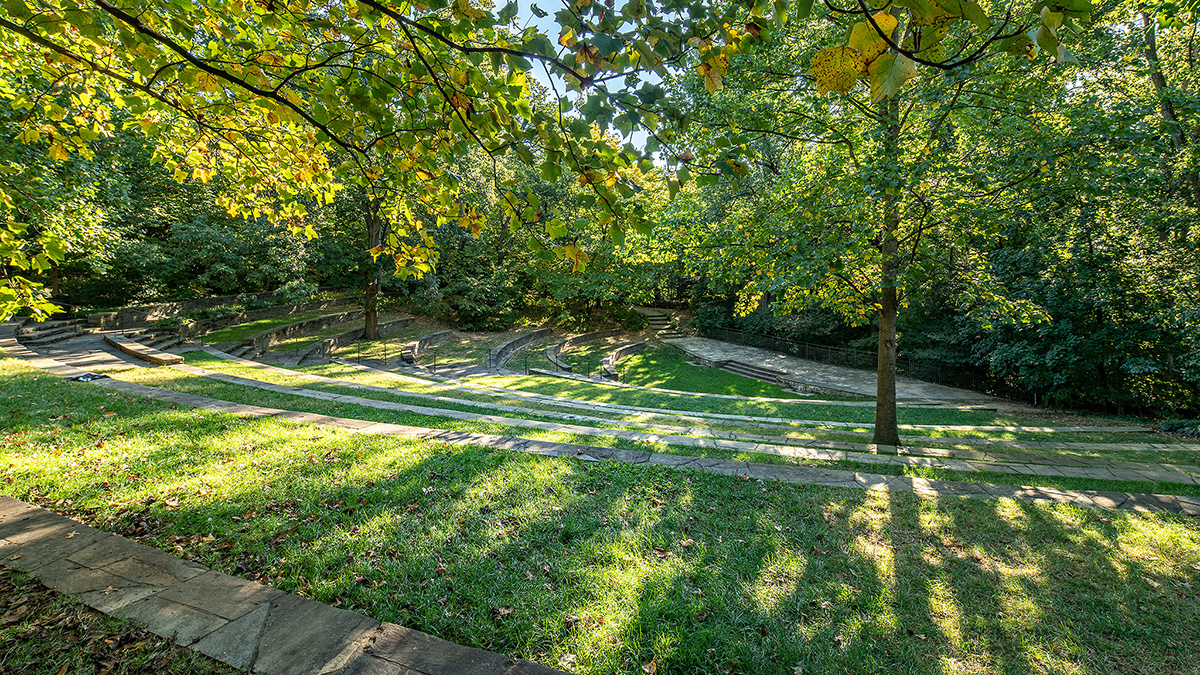 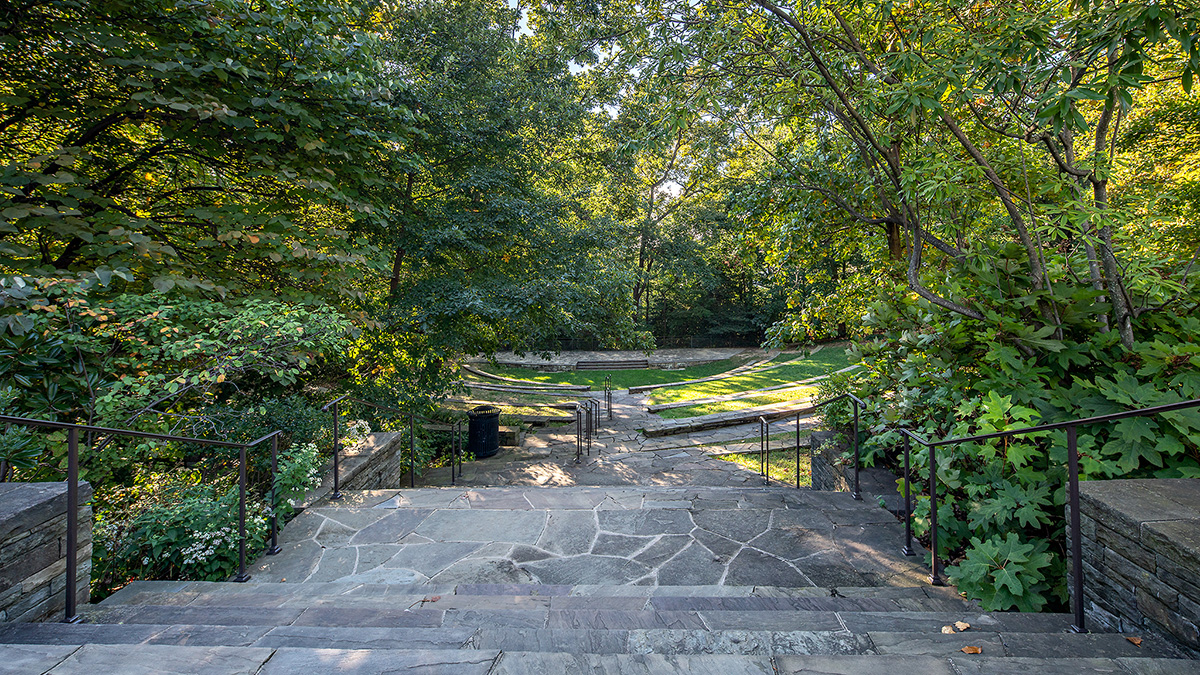 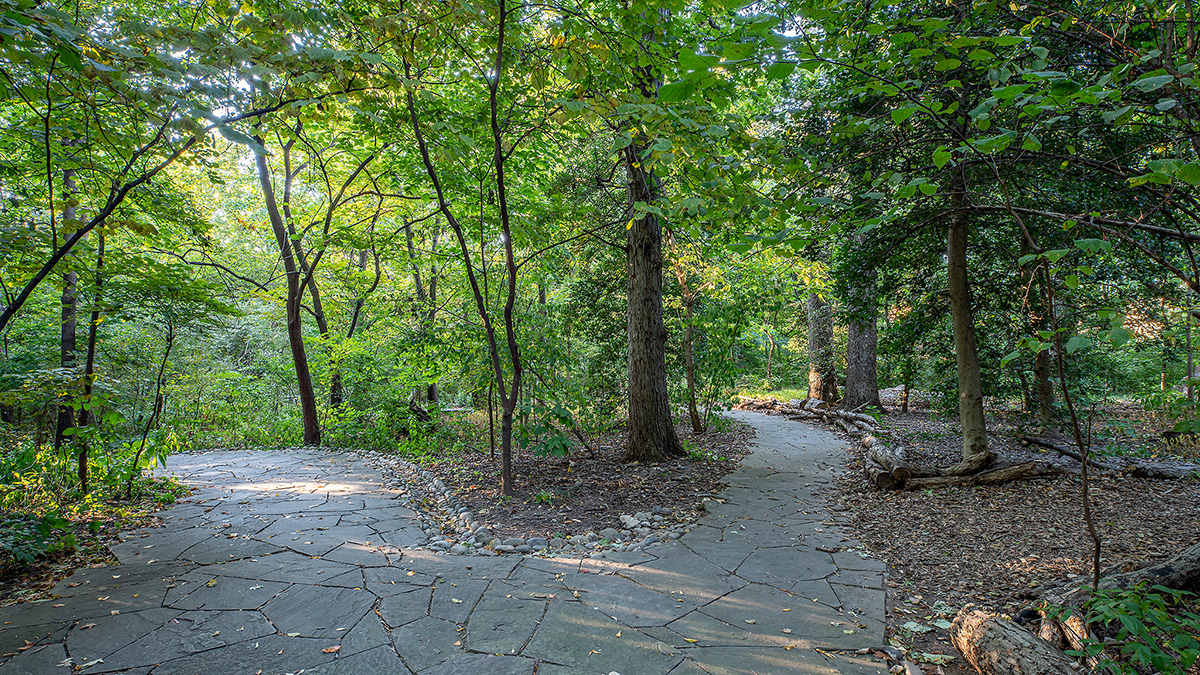 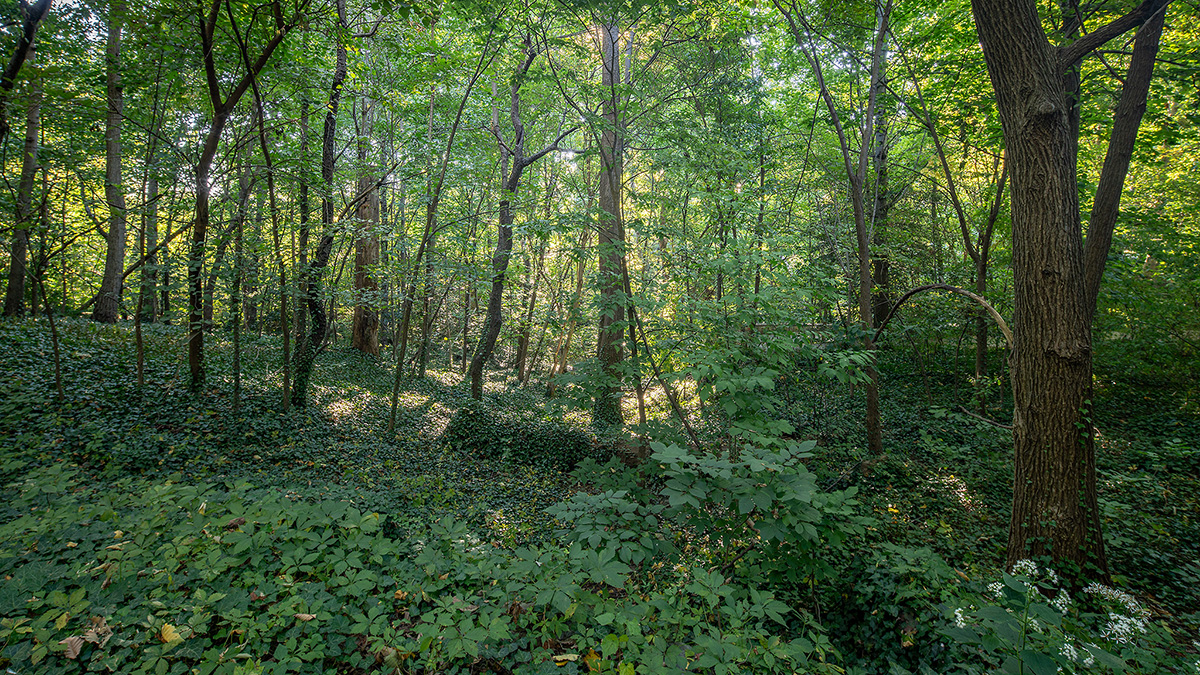 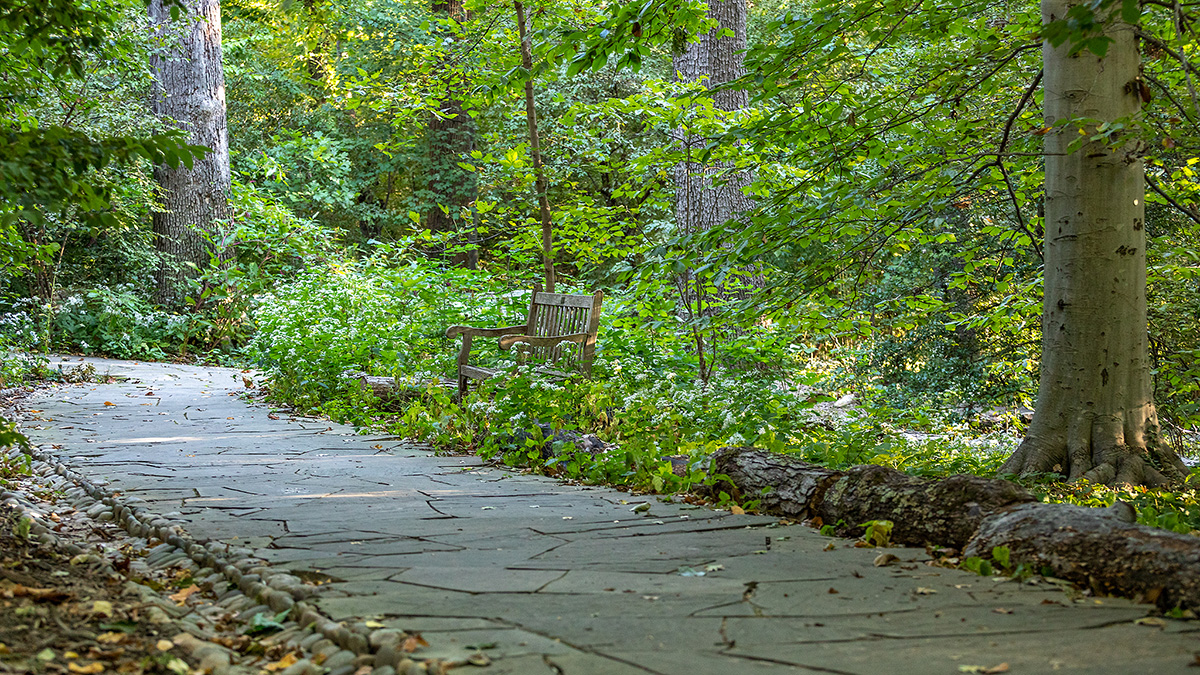 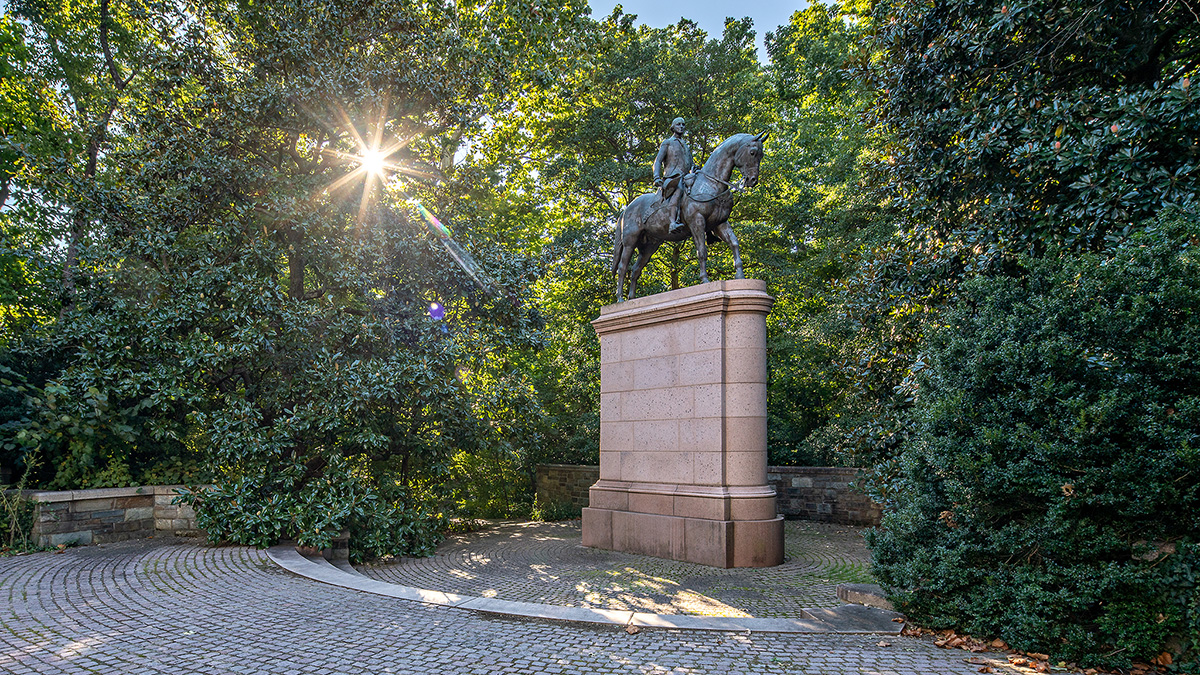 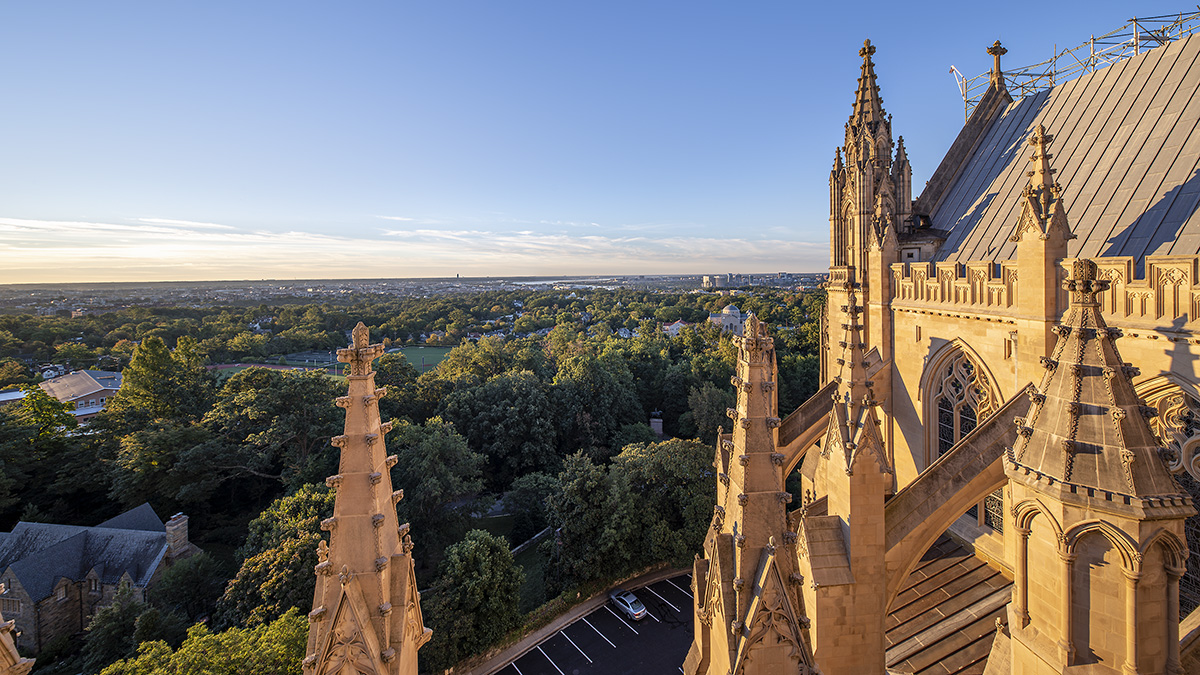