An uproar by Battery Park City residents has put the kibosh on New York Governor Andrew Cuomo’s plans to site an Essential Workers Memorial in Rockefeller Park. On June 23, 2021, Cuomo released plans to build the memorial to honor “the essential workers who served their communities throughout the pandemic” and that it would be completed by Labor Day, September 6. The design and siting for proposed memorial was approved by a memorial advisory commission appointed by the governor comprised of representatives from various unions. Within days of the announcement, construction equipment arrived and fencing around the proposed memorial site was erected. Enraged area residents, noting there was no public consultation, positioned themselves in front of the heavy equipment and maintained all night vigils to prevent demolition. The Cultural Landscape Foundation enrolled Rockefeller Park in our Landslide as a threatened site. 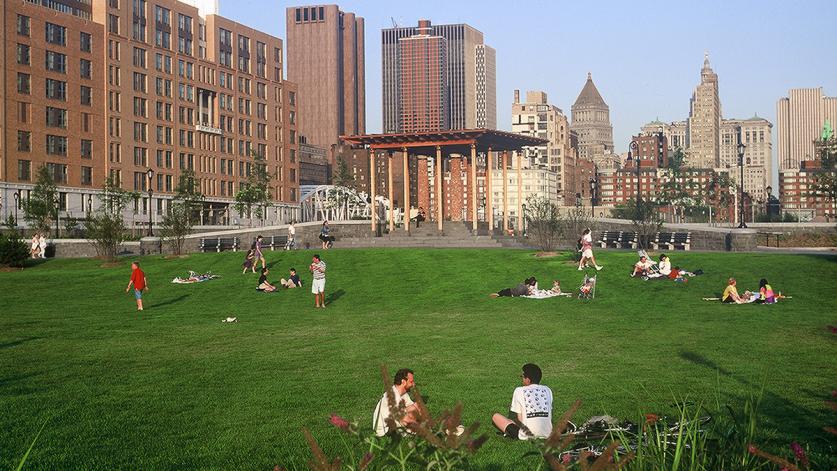 During an informal meeting with area residents on July 1, Battery Park City Authority (BPCA) Chairman George Tsunis (a Cuomo appointee) said the Rockefeller Park was “off the table” as the site for the memorial, news that residents cheered. At a July 6 community board meeting Tsunis announced two other potential areas within Battery Park City for the memorial: in Esplanade Plaza, the site of volleyball courts; and, next to the Irish Hunger Memorial. Tsunis also unveiled accompanying plans, which essentially rearranged the individual landscape features  proposed for Rockefeller Park, and instead plop them down  within the confines of the two newly proposed locations. Neither choice appealed to local residents and that generated another round of uproar and negative press.

According to The Broadsheet, in advance of a public rally at the Irish Hunger Memorial Tsunis issued a statement acknowledging the need for community involvement and added that, “to continue incorporating public feedback into the process, we will put together a new and expanded advisory committee comprised of local stakeholders, essential worker representatives, and others to review options within Battery Park City to select a site and design for a welcome and world-class monument our essential workers so richly deserve.” 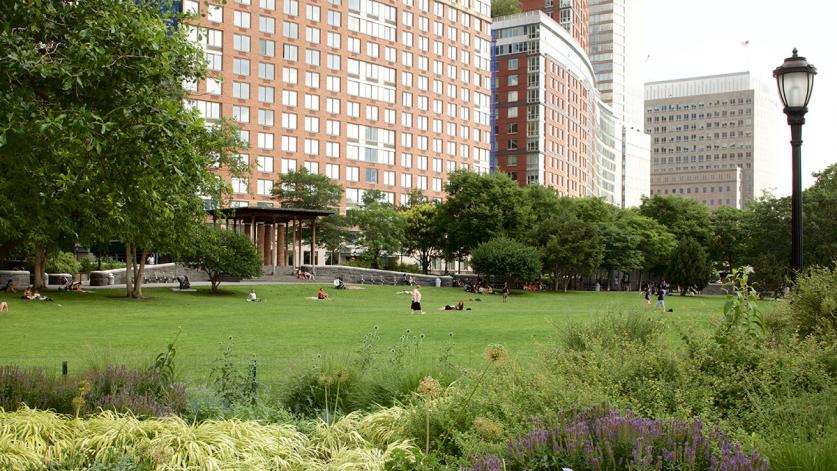 Congressman Jerold Nadler, who represents the area, said: “We don’t have a specific location for the monument at the moment, nor should we.” He continued: “Given time our community leaders and essential workers will guide us to the right place. Instead, we have unity and purpose—to be able to honor our essential workers with a monument full of meaning and that reflects the enormous gratitude of our community.”

Nadler also said: “I am grateful that BPCA chairman George Tsunis and Governor Cuomo have been willing to hear the residents about how a truly meaningful monument is one that is responsive to and reflective of its environment.” 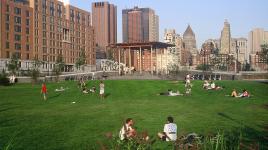 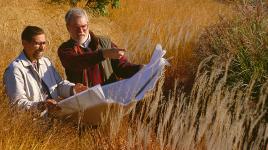 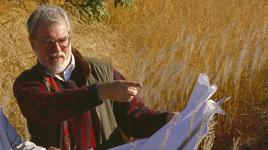 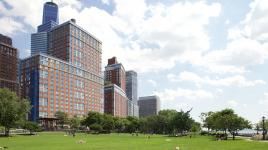