At the invitation of The Cultural Landscape Foundation (TCLF), Judge LaJune Lange, who served as a Fourth Judicial District Court Judge for the State of Minnesota, and Mr. Harry Davis, a fifth generation Minnesotan and long-time golfer, have provided statements about what the historic Hiawatha Golf Course means to them. Judge Lange and Mr. Davis are the co-chairs of the “Coalition of 100 African Americans,” which is comprised of Minneapolis-area professionals, businesspeople, and others who want to protect the Hiawatha Golf Club as an eighteen-hole course.

As noted in the March 2022 Landslide designation for the Hiawatha Golf Club, the Minneapolis Park and Recreation Board (MPRB) is considering a master plan to reduce the course to nine holes. Advocates of this plan say the redesign would address flooding at the site and pollution flowing into Lake Hiawatha. The master plan would also add a dog patio, BMX trails, and other amenities. As recently reported, the proposal has failed to pass on mulptiple occasions since Summer 2021; nevertheless, several MPRB commissioners are insistent on its passage, which has motivated Judge Lange, Mr. Davis, and many others to continue to speak up on behalf of the course.

Judge Lange provides a historic overview that begins in the 1830s with Dred and Harriet Scott and other enslaved people who lived at nearby Ft. Snelling and concludes on a note of pride about participants in the Bronze Tournament. Judge Lange’s essay is here and below.

Mr. Davis’ connection to the course began in 1957 at the age of eleven, the year famed heavy weight boxer Joe Louis won the Bronze Tournament and subsequently played at Hiawatha. Davis caddied at the site as a youngster and is part of a group that still regularly plays at Hiawatha. Mr. Davis’ essay is here and below. 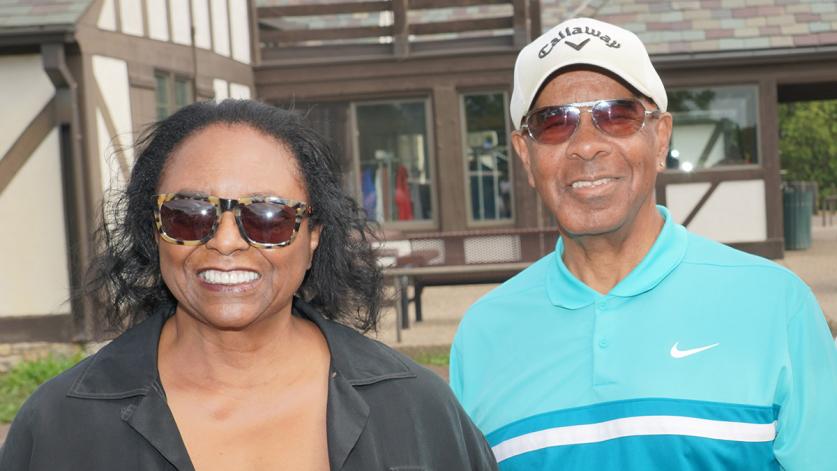 As for the latest news, the most recent MRPB meeting took place on August 3, 2022, and as expected the Board approved a measure to hold a hearing on August 17, 2022, about the proposed master plan. The hearing will be held within the purview of the five-member MPRB Planning Committee after which an up or down vote is expected on the master plan. Assuming approval, the master plan would come before the full nine-member MPRB for an up or down vote. During the August 3 meeting Judge Lange briefly spoke and submitted a statement on behalf of the Coalition of 100 African Americans. At the same meeting, the MPRB voted down a proposal from Commissioner Becka Thompson that would have separated the debate about whether to redesign the course from discussion of the pollution flowing into Lake Hiawatha. Commission Thompson argued that implementation of the master plan, if approved, would take years; however, the pollution could be dealt with sooner, if addressed separately.

In addition, a nomination to list Hiawatha in the National Register of Historic Places is expected to be filed today with the Minnesota State Historic Preservation Office. The findings in that nomination could be very consequential to the future of the course. 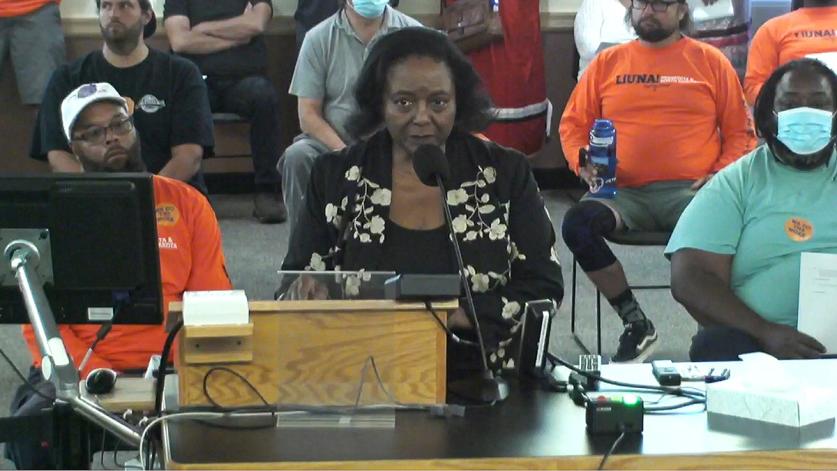 The earliest African Americans living near what is now Lake Hiawatha and Hiawatha Golf Course were Dred and Harriet Scott and more than two dozen other enslaved persons at Ft. Snelling in the 1830's in what was then the Wisconsin Territory. Ft. Snelling maintained a sawmill at St. Anthony Falls creating opportunities for enslaved persons to hunt, fish and create opportunities in the vast woodland around the region adjacent to the Minnehaha Falls and the Fort.

In the 1860s a railroad track was built connecting St. Anthony Falls to Ft. Snelling creating jobs and transportation for more than 300 escaped slaves who were brought by the U.S. Grand Army of the Republic to Ft. Snelling in 1863 to fill the labor shortage caused by the Civil War. Nearby farms, businesses and the Ft Snelling were beneficiaries. The 1863 African Americans brought their wives and children intent on permanent settlement in the region and over time they created communities in South Minneapolis along Snelling Avenue (formerly Fort Road).

In 1958 the St. James AME Church moved to Snelling Avenue to be closer to this historic community. St. James AME is the oldest African American continuously operating church established 1863 in the Village of St. Anthony Falls before Minneapolis became a city. Members of the AME Church and the Baptist Church used Minnehaha Falls, Hiawatha Golf Course, and the Longfellow Zoo as cultural gathering spots for church picnics, enjoying nature and golfing after the course was built.

The Clubhouse at Hiawatha Golf Course was in the service area of the all-African American fire brigade at Station #24 located at 4501 Hiawatha Avenue in Minneapolis. This fire station was constructed at the request of the Black community living in the area in 1907.  The annual Bronze Golf Tournament was the largest outdoor gathering of African Americans in Minnesota. The food, golfers, and relaxed daytime atmosphere made the community feel they were not invisible and could honor itself once a year.

My attendance at the Bronze was considered both a must and a privilege. I could see men and women who looked like me who were lawyers, doctors, educators, business owners, newspapers publishers, fashion models and parents enjoying a legacy cultural activity. 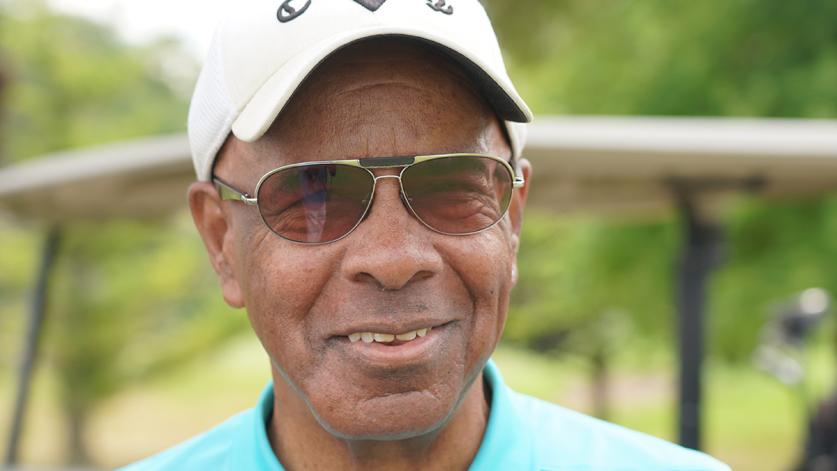 My connection to the game of golf and the Hiawatha Golf Course started in the 1957 when I was eleven years old. I watched golf on T.V. and I still remember the famous names of Ben Hogan, Sam Snead, and the legendary Bobby Jones.

As I was not old enough to work in a formal business, I set my goal to caddy at Hiawatha during the summer to earn some money to support my school and sports activities.  I remember lining up at the caddy shack to get picked by the caddy master for a round of nine or eighteen holes.

Because I was smaller than most of the boys lining up to caddy, I was told most of time by the caddy master that I was too small to carry the large golf bags.  Even at eleven years old many times I thought it was my race, and not my size, that stopped me from getting picked.  However, I was an aggressive young man and the caddy master finally gave in and I got the job.

It was also in 1957 that the Bronze Tournament, an African American tournament in Minneapolis that began in 1939, invited the legendary heavy weight boxing champion of the world, Joe Louis to participate. He won the tournament and made an appearance at Hiawatha Golf Course.

All my friends in the neighborhood and I jumped on our bicycles and took off to the course to meet Joe Louis. He was a gentle man with a warm smile and showed his love and respect for me and my friend’s and showed us some golf shots and explained the game.

This opportunity for me, and my friends meeting Mr. Louis, would have never happened if it was not for the inner-city golf course, Hiawatha, and Mr. Jimmy Slemmons the founder of the Bronze Tournament and a strong supporter of the game of golf being in our African American community.  The Bronze played the tournament at Hiawatha for many years (starting in 1968).

Up until early 1950, African Americans could play golf at Hiawatha, however they were not allowed to use the club house, the restroom, and the restaurant. Remember the course was a public course paid for by the taxpayer; however, my father and uncles were illegally restricted from using the entire facilities.

Today, I play in a golf league with a roster of 62 African American males at Hiawatha every Tuesday from April through September.  The league was started by Mr. Earl Bowman, a native Minnesotan, high school football coach, and icon in the community. He had played football and golf at Macalester College in Minneapolis, and started a gathering of African American businessmen, teachers, lawyers, pro athletes, and others who wanted golf to expand to our youth and provide the Black community with greater exposure to golf.

The league's title is Old Negro Golf League (ONGL); the name reflects the era the league was started.  The league is 40 years old, and we average 44 players and eleven tee times at Hiawatha every Tuesday.  We have the first Black captain for Delta Airlines on our roster, along with two former district court judges, six former Minnesota Vikings football players, seven public school teachers, five lawyers, and several elected officials that made up our roster over the years. These men are all leaders in our community, and role models for our youth, and set the standards of success throughout the business world.

In 1999 Tiger Woods made an appearance at Hiawatha and put on an exhibition of play for our youth. Of all the many golf courses in the Minneapolis area, he picked Hiawatha because of its diversity, and programs for inner city youth to be exposed to this legend of golf.

Now our beloved eighteen-hole course, which allows accessibility and affordability to a sport that commonly is reserved for the upper class of our society, is slated to be reconfigured to a course of nine holes that would also include a dog patio, biking trails, and other features.  The present course holds revenue-generating tournaments – that can’t be done at a nine-hole course, which is purely recreational. The Minneapolis Park and Recreation Board (MPRB) and supporters of the master plan say this is a “compromise”; that’s an all-purpose talking point we’ve heard for decades. As MPRB Commissioner Becka Thompson said at the Board’s August 3 meeting, this is a “one-sided compromise.”

Hiawatha is not just a golf course, it’s a cultural institution in our African American community. Reflecting on the debate about the course, MPRB Commissioner Alicia Smith observed at the Board’s August 3 meeting, “this is bigger than the game of golf.”

As a young boy I lived through the construction of 35W that decimated a historic African American community with more than 1,000 homes all to provide quicker commutes from the suburbs. This culture crushing mistake was replicated in cities throughout the country and is something we wouldn’t do now. Today, we’re told that environmental concerns dictate that Hiawatha Golf Club, another institution of African American pride and community camaraderie and the only eighteen-hole course within the city limits, must be fundamentally altered. I think that’s a false choice and that we can do better. At the upcoming August 17 MPRB hearing I hope the commissioners choose a different path than the master plan, one that respects the historic significance of the eighteen-hole course. The nine-hole course is a mistake we can avoid. 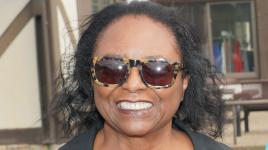 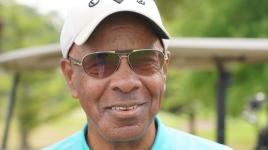 Harry Davis, co-chair of the Coalition of 100 African Americans, on the Hiawatha Golf Club
Aug 09, 2022
See all related