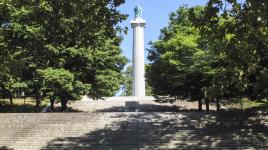 Laid out on a hill in the heart of Brooklyn’s Fort Greene neighborhood, the park is located on the site of a fortification used during the Revolutionary War and the War of 1812. After it was designated as parkland in 1847, Frederick Law Olmsted, Sr. and Calvert Vaux prepared a plan in 1867, a result of their growing involvement in creating parks and open spaces in the city of Brooklyn. In addition to winding pathways and open lawns, the thirty-acre park included an area for gatherings, two playgrounds, an observatory, and a site for a large monument – many elements that were not originally included in Prospect or Central Parks but which were appropriate to the particular site and neighborhood.

The park’s most prominent feature is a memorial on the hilltop to honor the 11,500 men and women who died on British prison ships in nearby Wallabout Bay during the Revolutionary War. The memorial was designed in 1908 by McKim, Mead and White and consists of a tall Doric column topped with a bronze urn, set in a large, open plaza with bronze eagles at the corners of the plaza. The monument is accessed by wide granite staircases on the park’s west side and offers views of the Manhattan and Brooklyn skylines.

During the 1930s, the park underwent a series of alterations and additions, further advancing a more formal design under Gilmore Clarke. During this period there was significant regrading, new trees and shrubs planted, curvilinear paths straightened, playgrounds remodeled, and new spaces for active recreation were introduced. 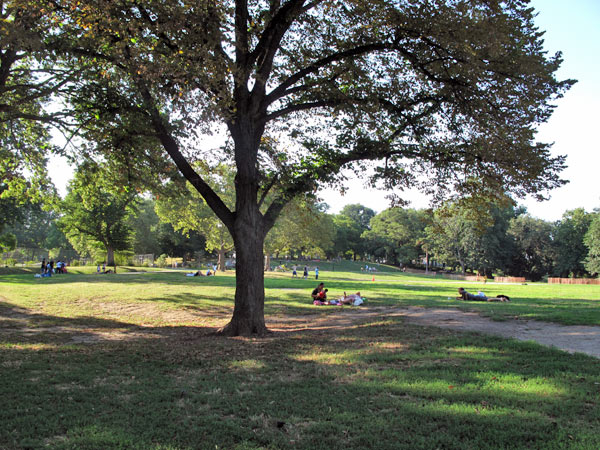 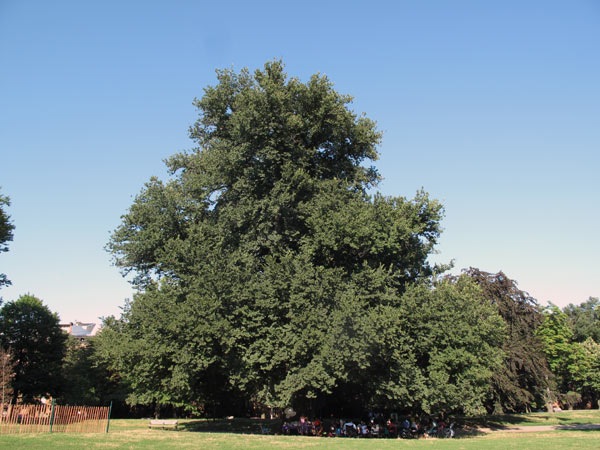 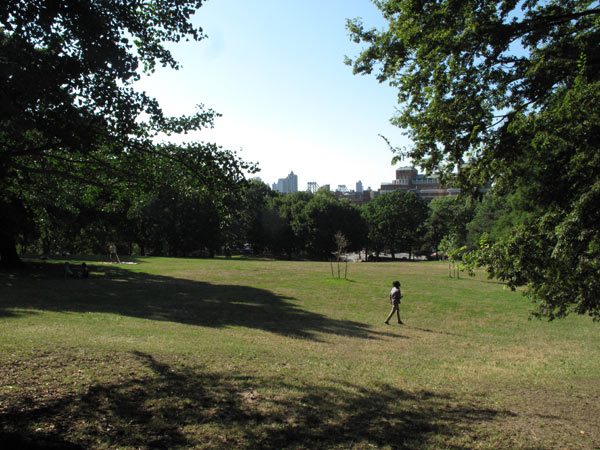 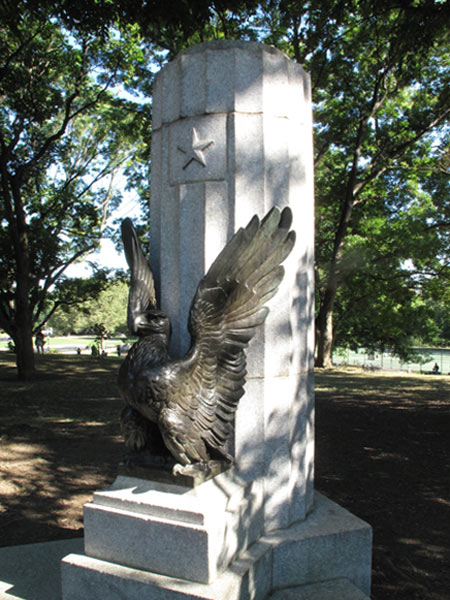 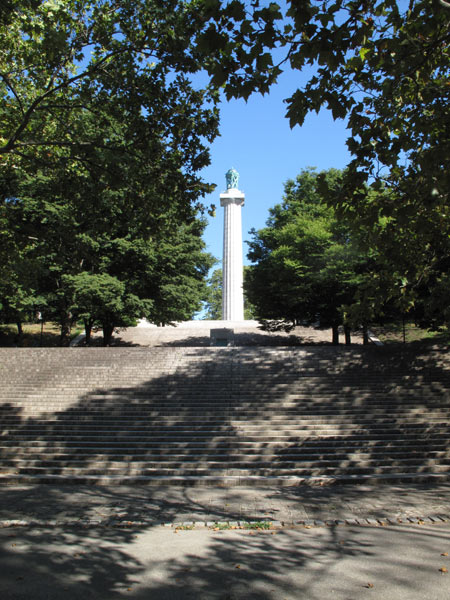 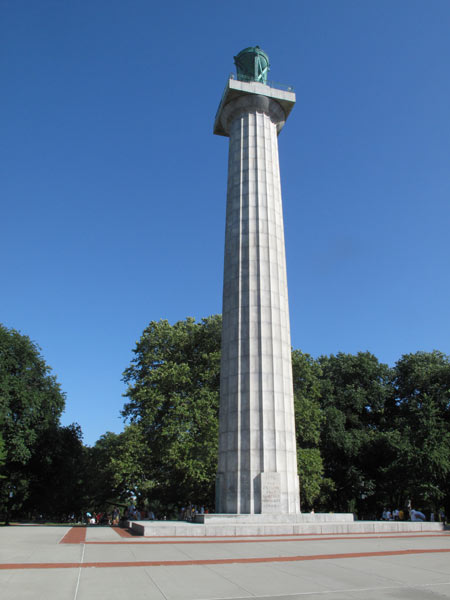 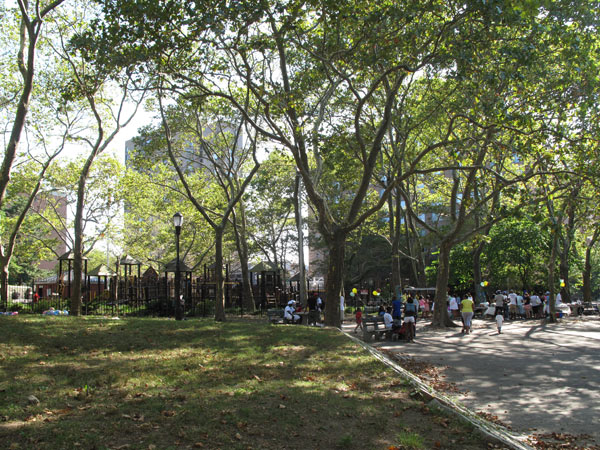 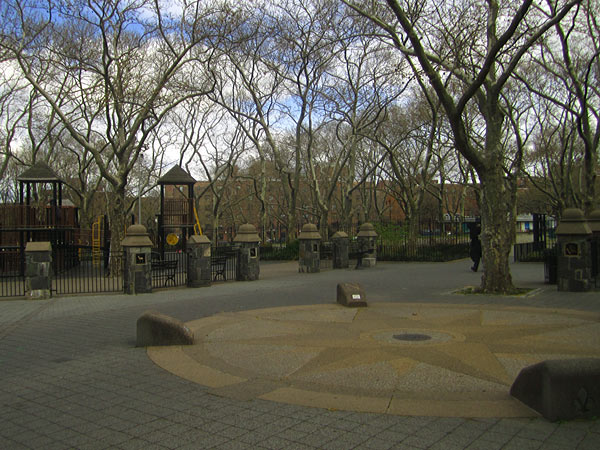