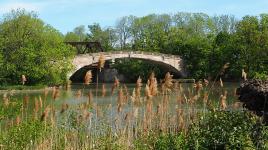 Originally known as South Park, this landscape is part of the Rochester Park System designed by Frederick Law Olmsted, Sr., between 1881 and 1912. Olmsted chose the 543-acre site, divided by the Genesee River, for its natural incorporation of water with wooded, rolling terrain. Recreational facilities were placed west of the river, while the opposite bank was transformed into a pastoral setting complete with a meadow, deer park, and picnic groves encircled by carriage routes. Between 1889 and 1898, 62,500 trees were planted along a bordering railroad line and the adjacent Westfall Road, while shrubs and willows were embedded along the park’s riverbanks and within the woods. During this time, John Charles Olmsted oversaw the placement of additional recreational facilities, including a golf course that supplanted the meadow. A donation of 120-acres expanded the park in 1908. When the park was divided north to south by the Erie Canal in 1918, Olmsted Brothers mitigated the disruption to the site by creating a bridge that reunited the landscape. The park was further divided in the late twentieth century by the I-390 Expressway.

Surrounded by a mix of residential and urban development, this park is bound between Elmwood Avenue and Crittenden Road to the north and south, respectively, with the Genesee River forming much of the western boundary. The expressway and Erie Canal divide the park north to south and cross perpendicular to the river. Along the eastern riverbank, Moore Road winds south through wooded terrain and across the canal, connecting park features including a historic pavilion, the deer park, picnic groves, and the Genesee Valley Golf Course. Adjacent to Elmwood Avenue, on the western shoreline, are a number of recreational facilities that include a boathouse and ice rink. Concrete bridges span the canal, while a network of trails provides scenic viewsheds of the river. The park is a contributing feature of the Municipal Park System of Rochester listed in the National Register of Historic Places in 2003. 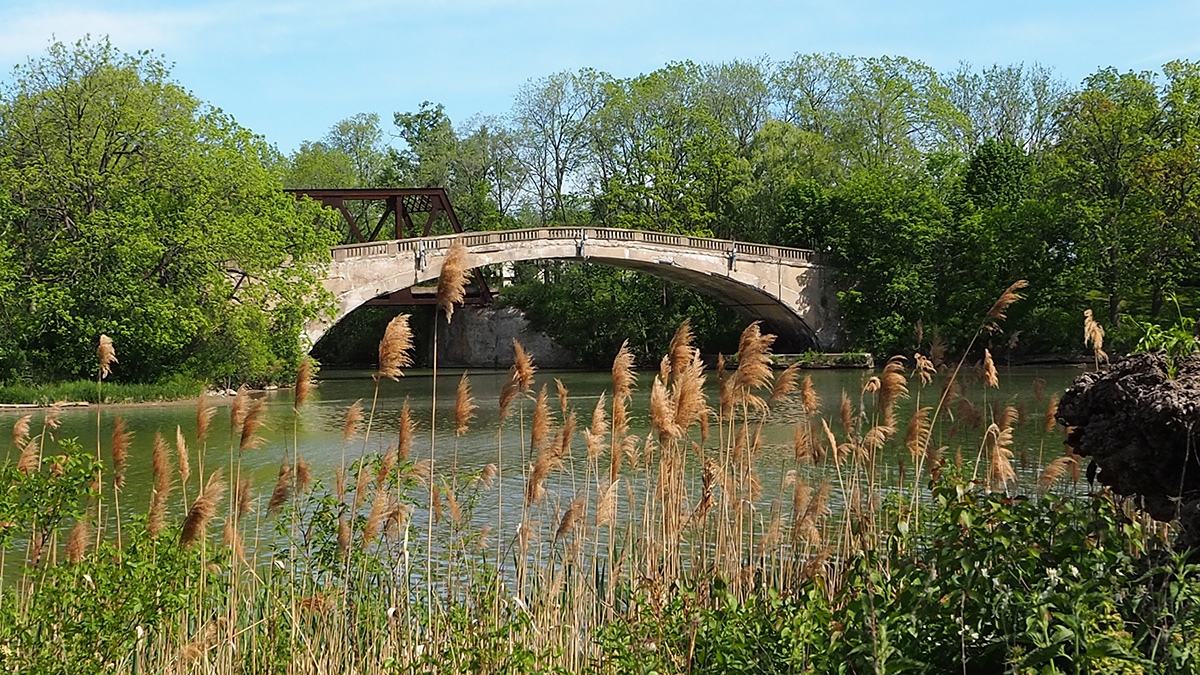 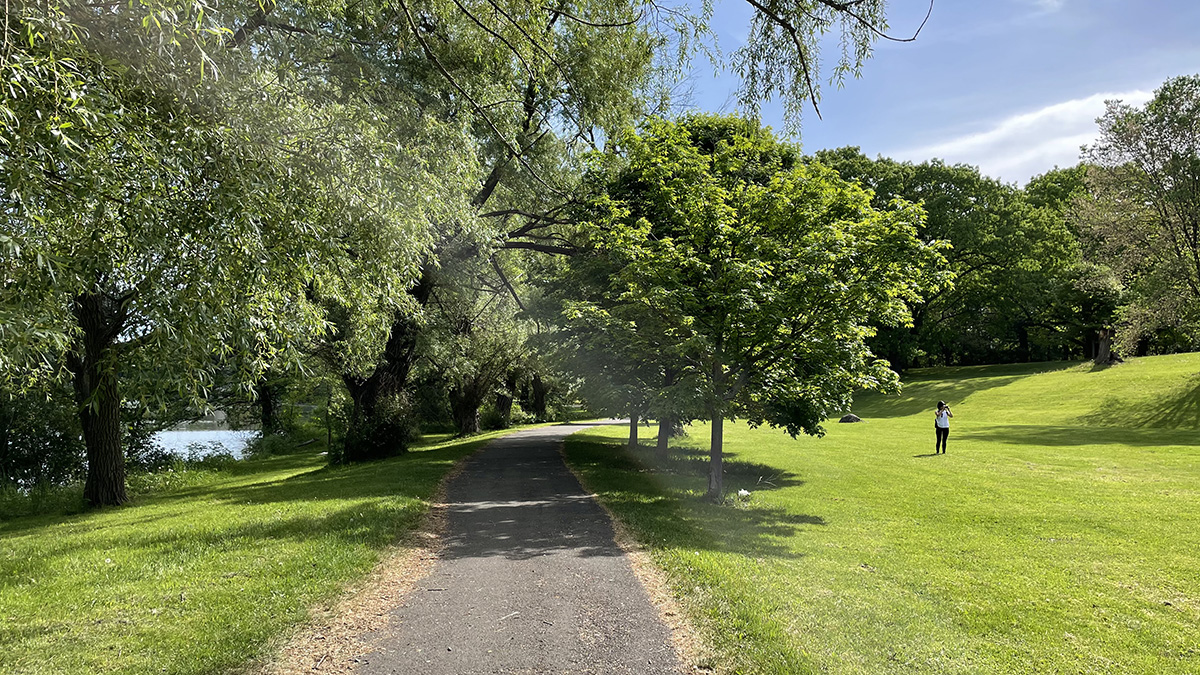 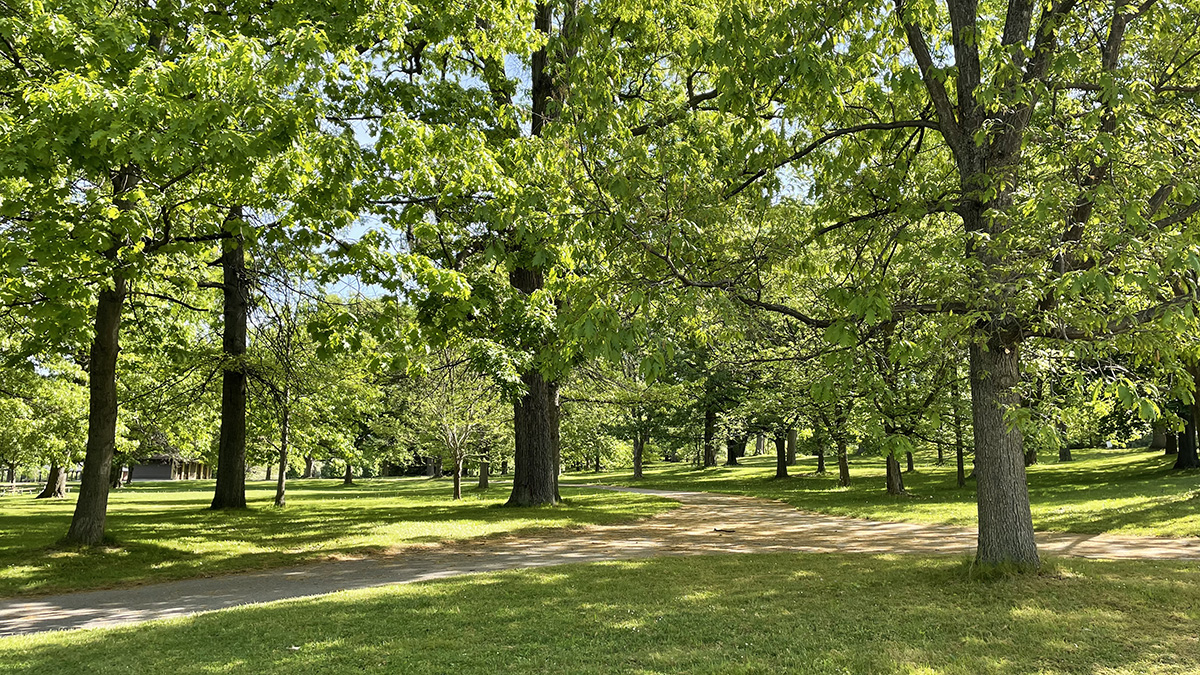 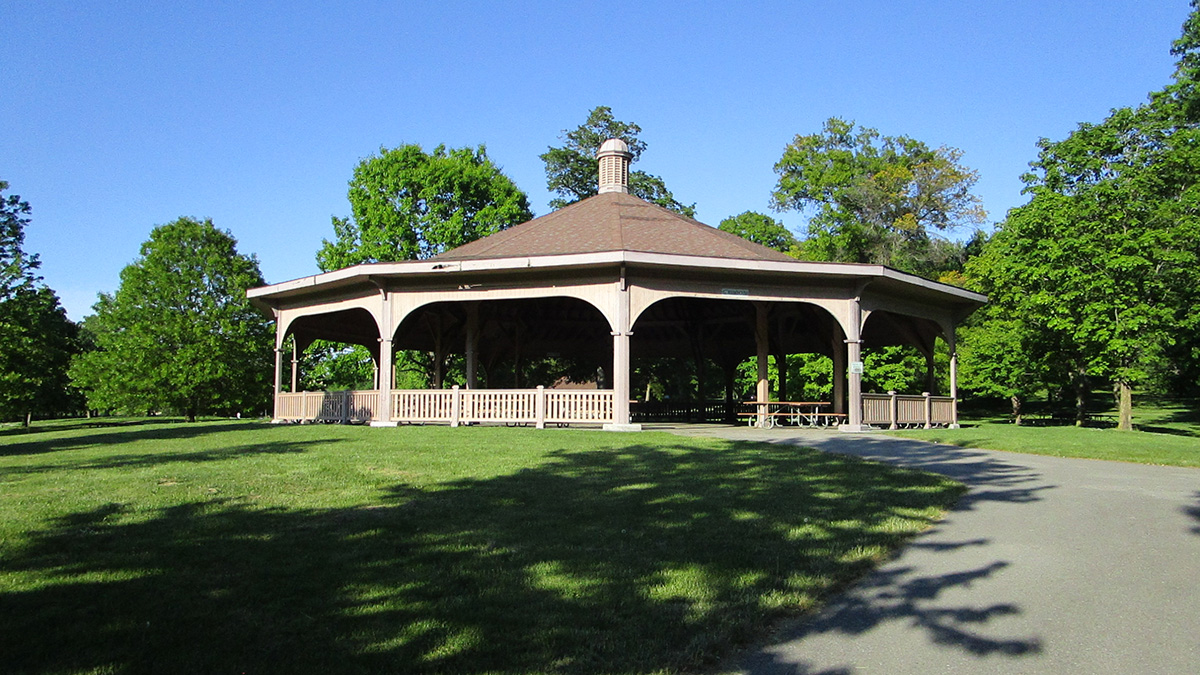 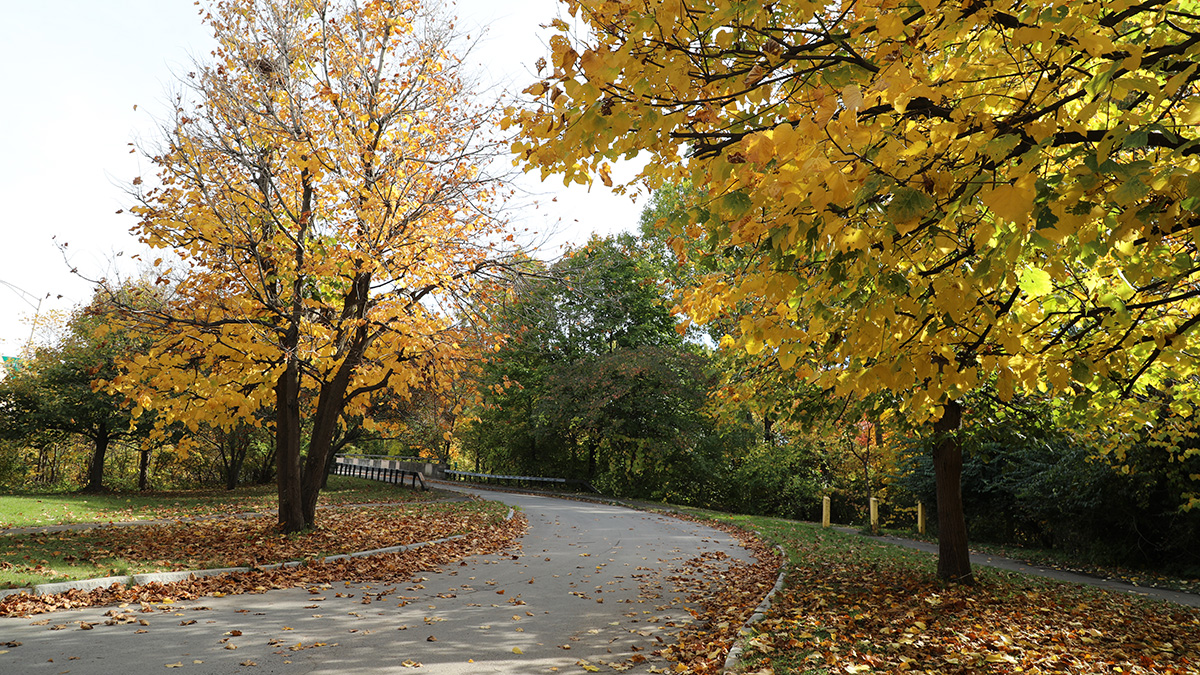 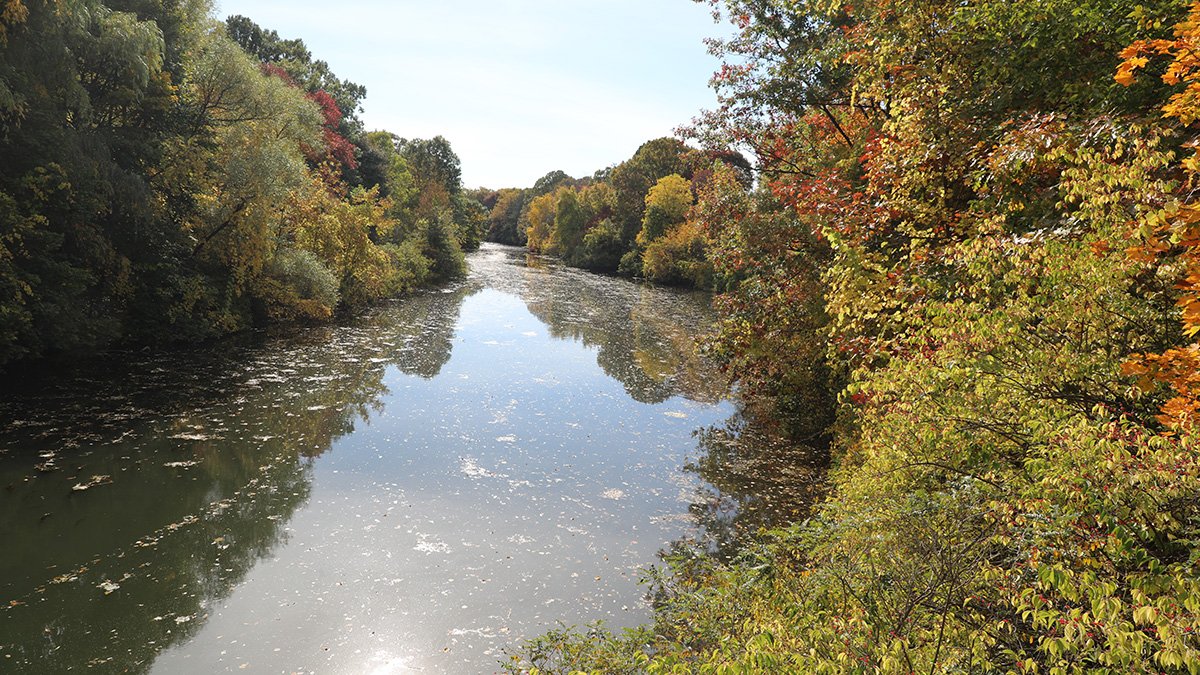 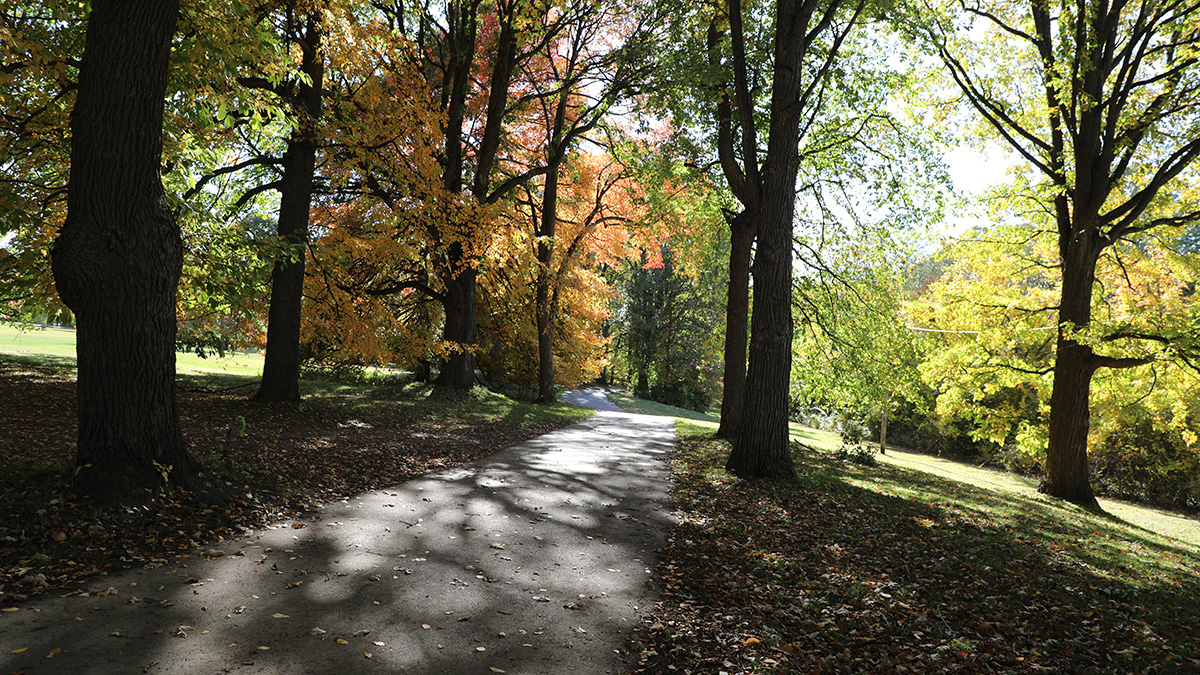 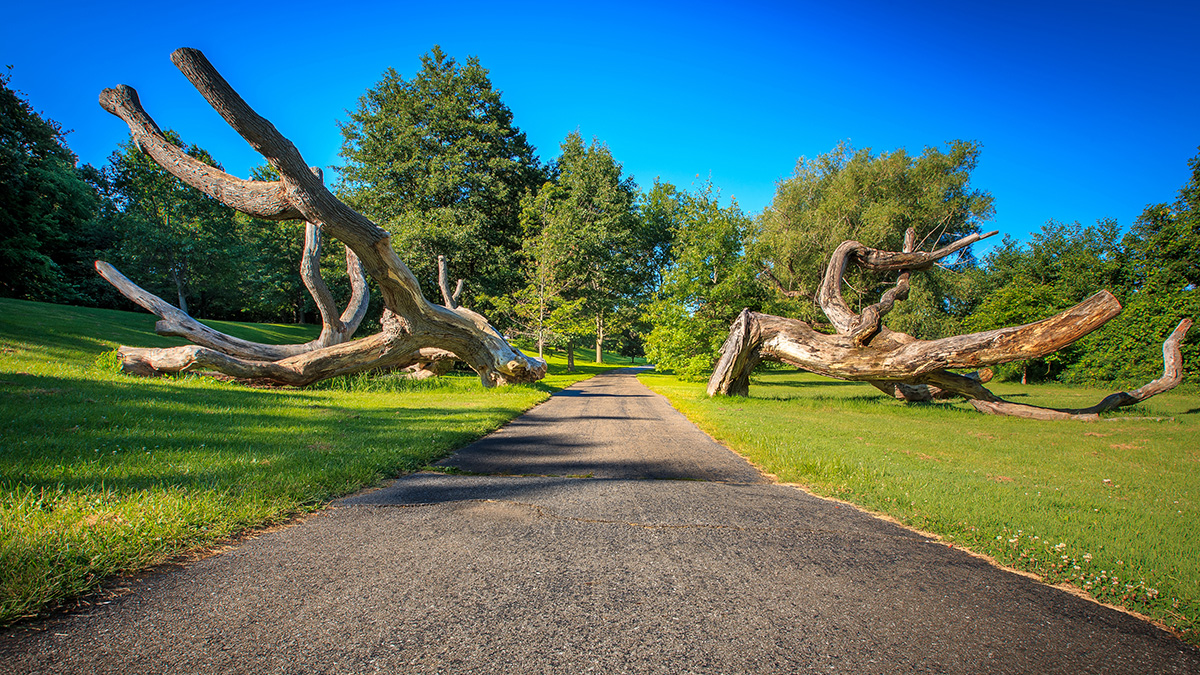 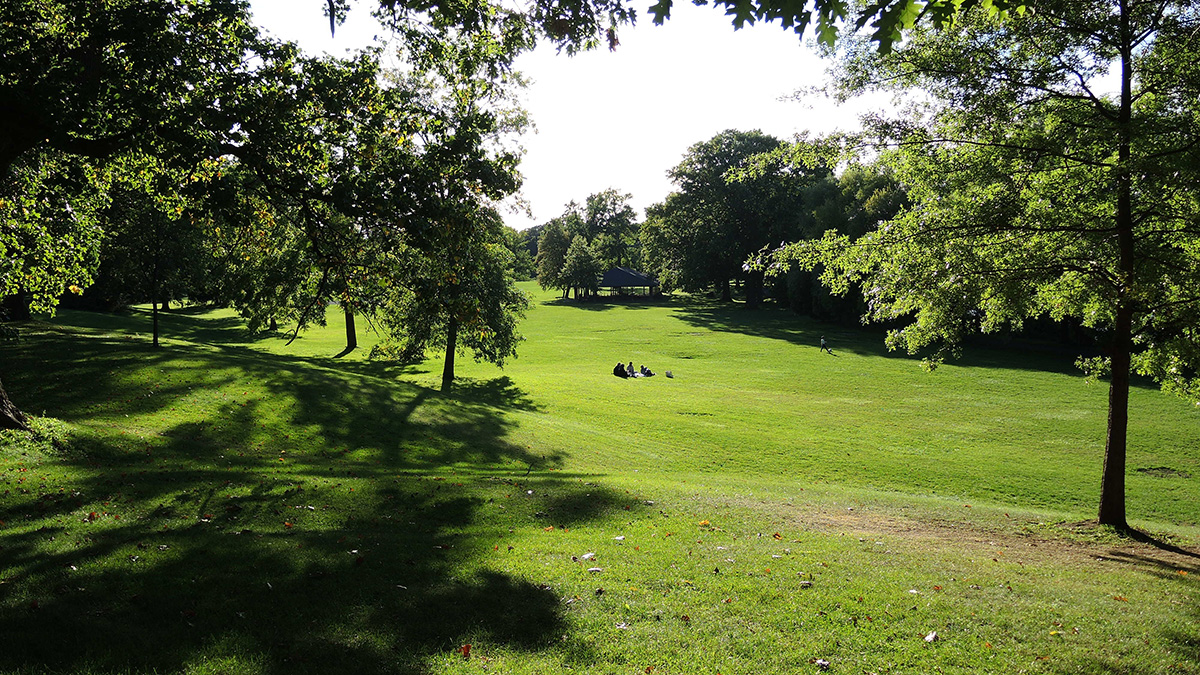