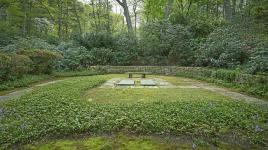 In 1862 land was acquired by John Divine Jones for intended use as a family burial ground. The wooded property of steep-sided valleys rising to a gentler plateau instead became the cemetery for nearby St. John’s Episcopal Church. Traditional linear plots with access roads were arranged on the plateau, and by 1890 a small chapel was added near the Jones gravesites by the entrance.

In 1912 Robert and Henry De Forest purchased ten acres to the west, increasing the cemetery to about 36 acres. Frederick Law Olmsted, Jr., of Olmsted Brothers was hired to lay out informal burial grounds, respectful of the natural topography and vegetation, to accommodate the De Forest families. By 1915, three acres (the largest cemetery plot) around a natural bowl were graded into alcoves, with flat slate markers after the Quaker tradition, all enhanced by a richly layered planting palette.

This burial aesthetic held great appeal for numerous De Forest colleagues and neighbors who purchased plots, arranging for Olmsted firm services to shape, plant, and furnish their burial ‘rooms.’ The Olmsted firm oversaw 22 projects for prominent clients over three decades. They navigated complicated grading on the steep topography, saving existing trees while adding retaining walls and steps to create accessible gently sloping ‘garden rooms’  enclosed by evergreen and deciduous shrubs and herbaceous material, sometimes transplanted from the clients’ own estates. These spaces were embellished by horizontal burial tablets, stepping stones, and occasional benches. Some clients, such as William Coe and William Kennedy, chose to center their plots around mausolea. The Olmsted firm endeavored to give an individual identity to each room.

The Olmsted firm simultaneously refined the circulation plan for the cemetery, implementing a drainage system and network of paths with steps meandering through the woods to connect the gravesites. Particularly steep areas or ones with significant landscape features were set aside as reservations. Larger plots were later subdivided and areas toward the northeast quadrant were laid out for single graves, with the Olmsted firm’s last plan dated August 1958. 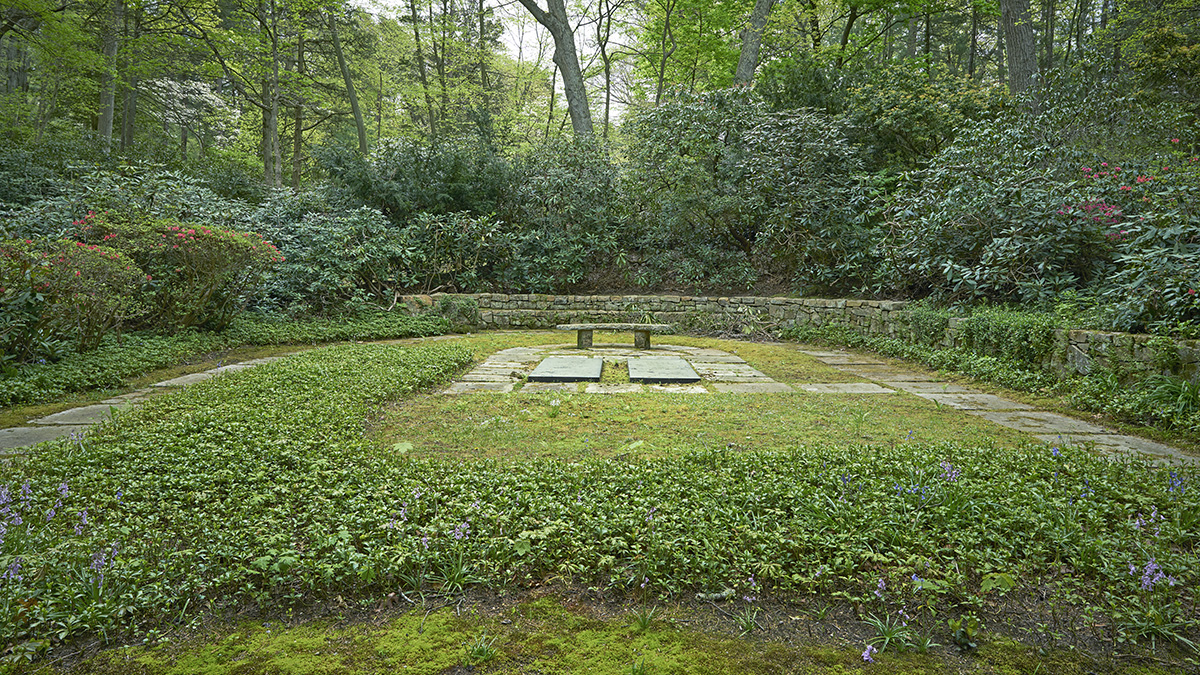 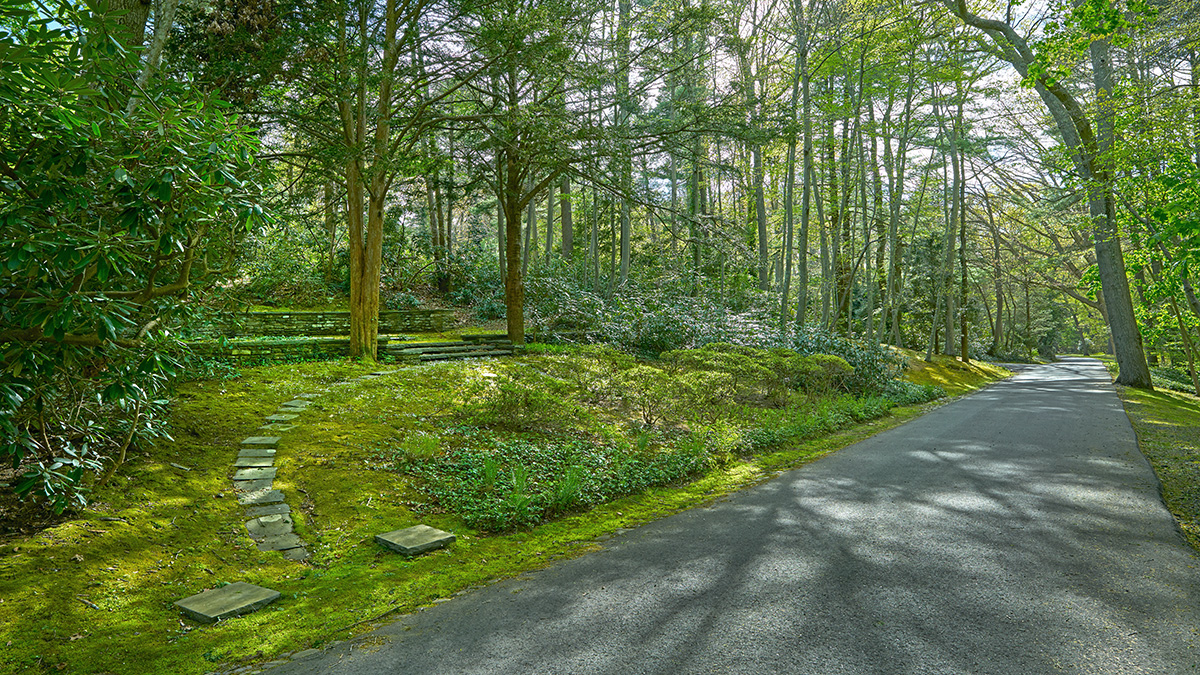 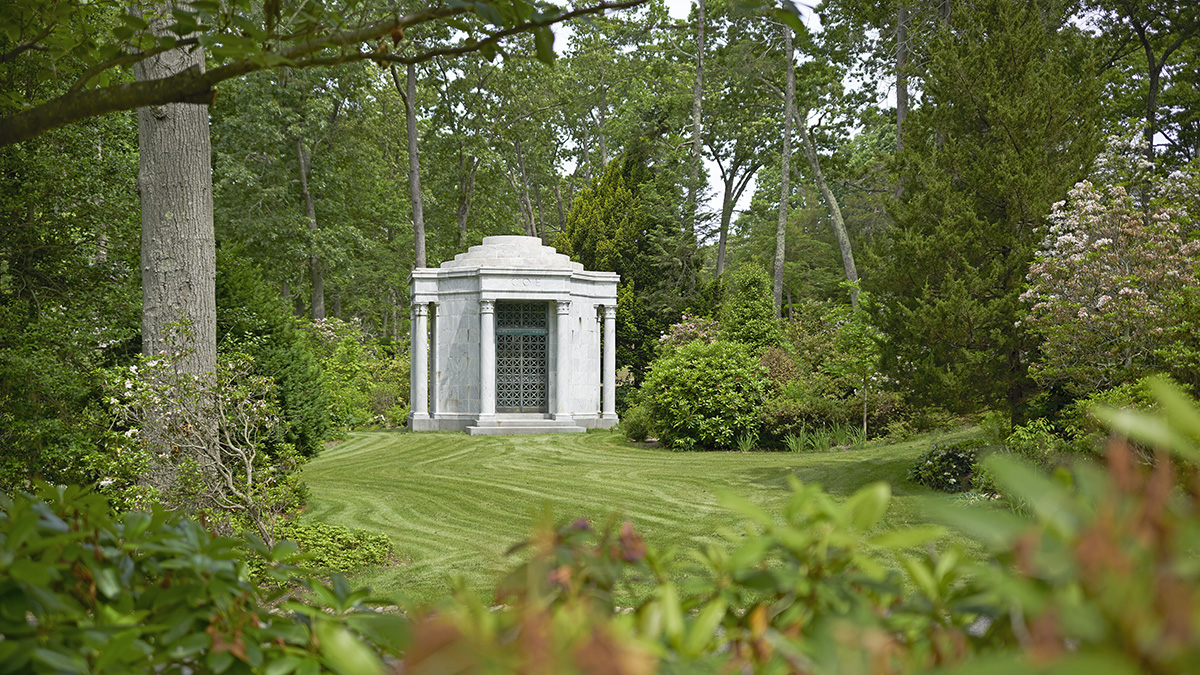 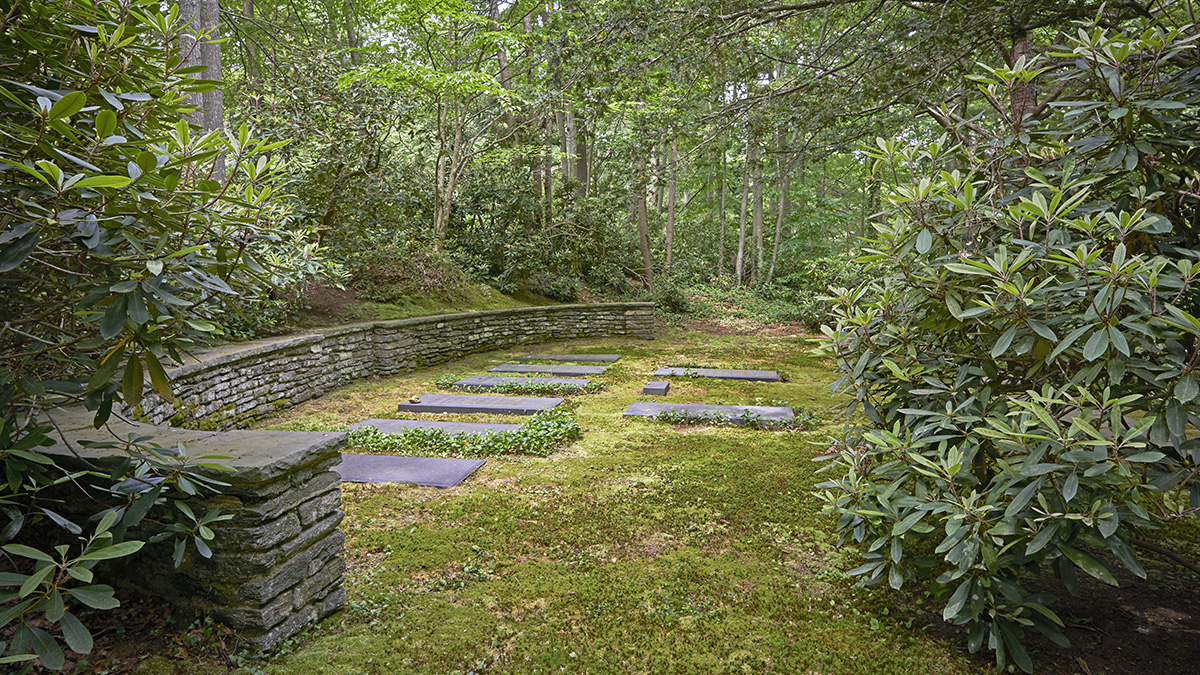 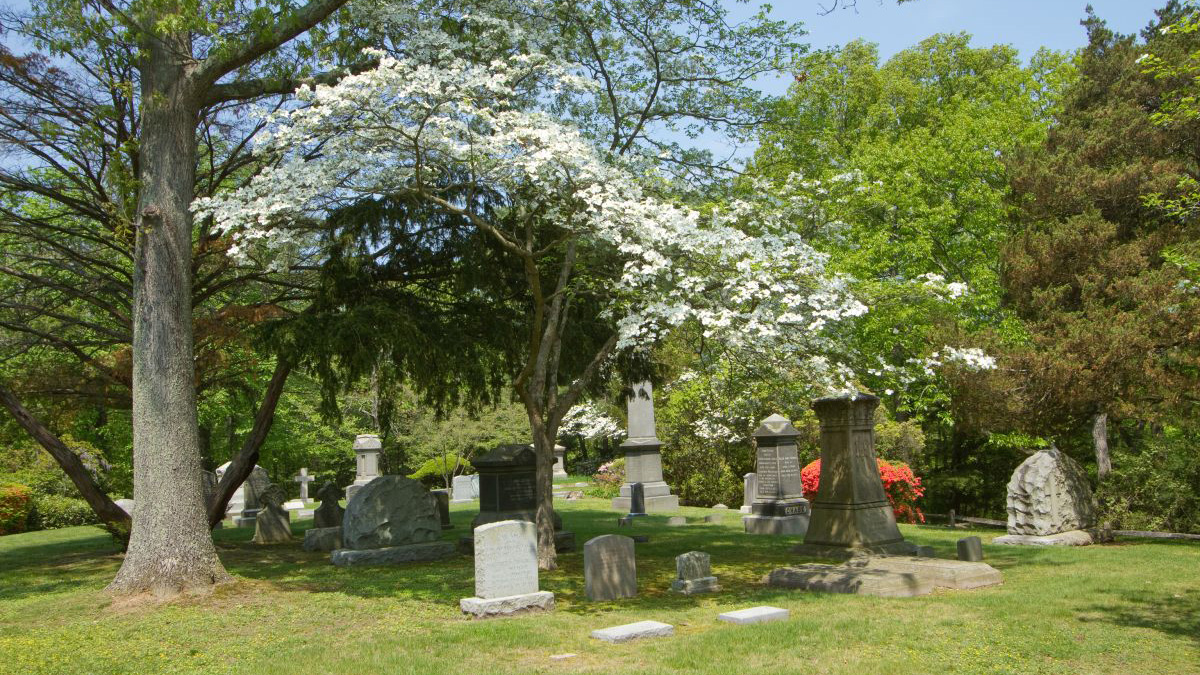 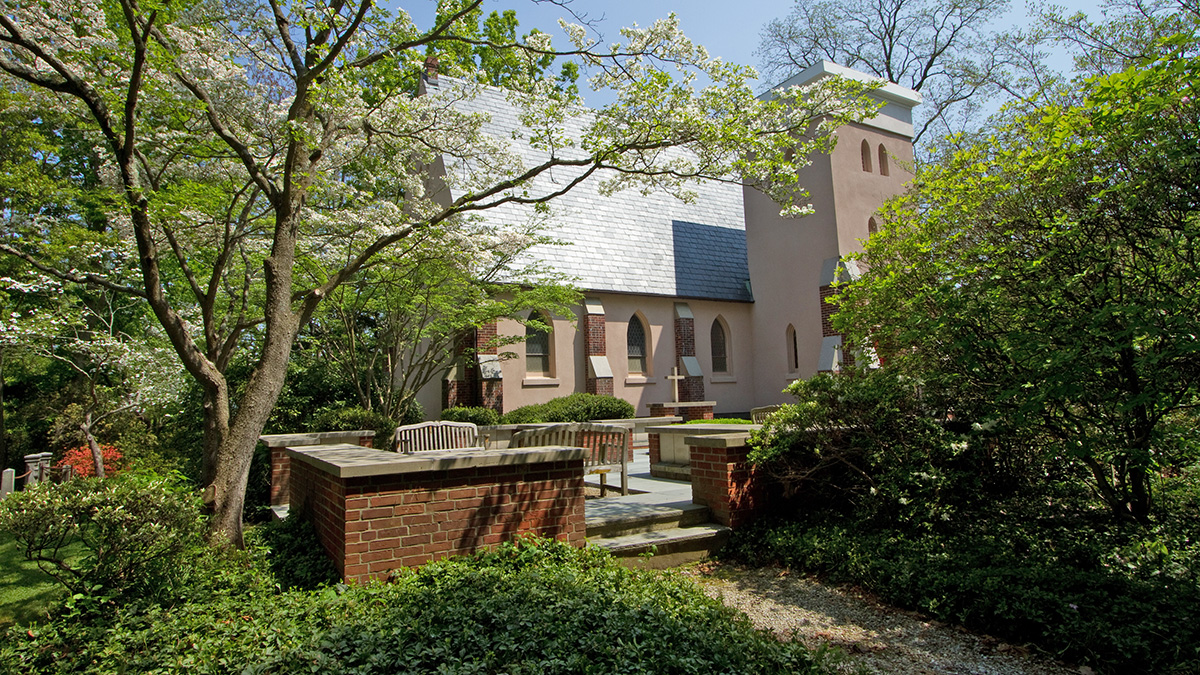 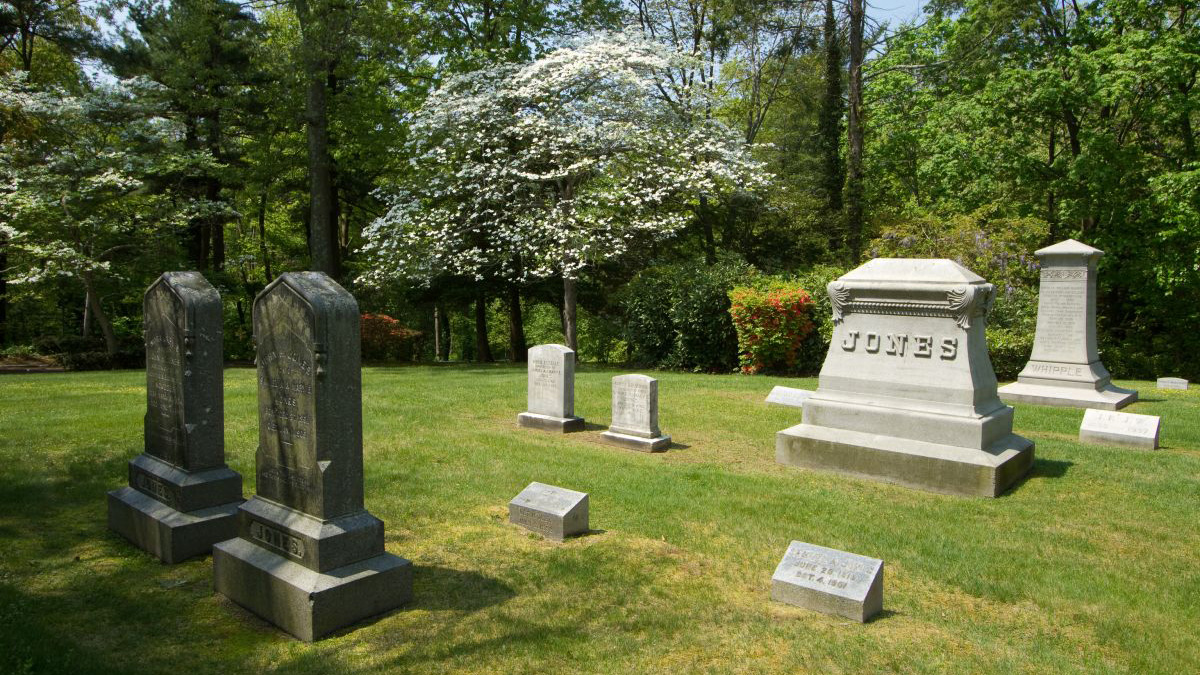 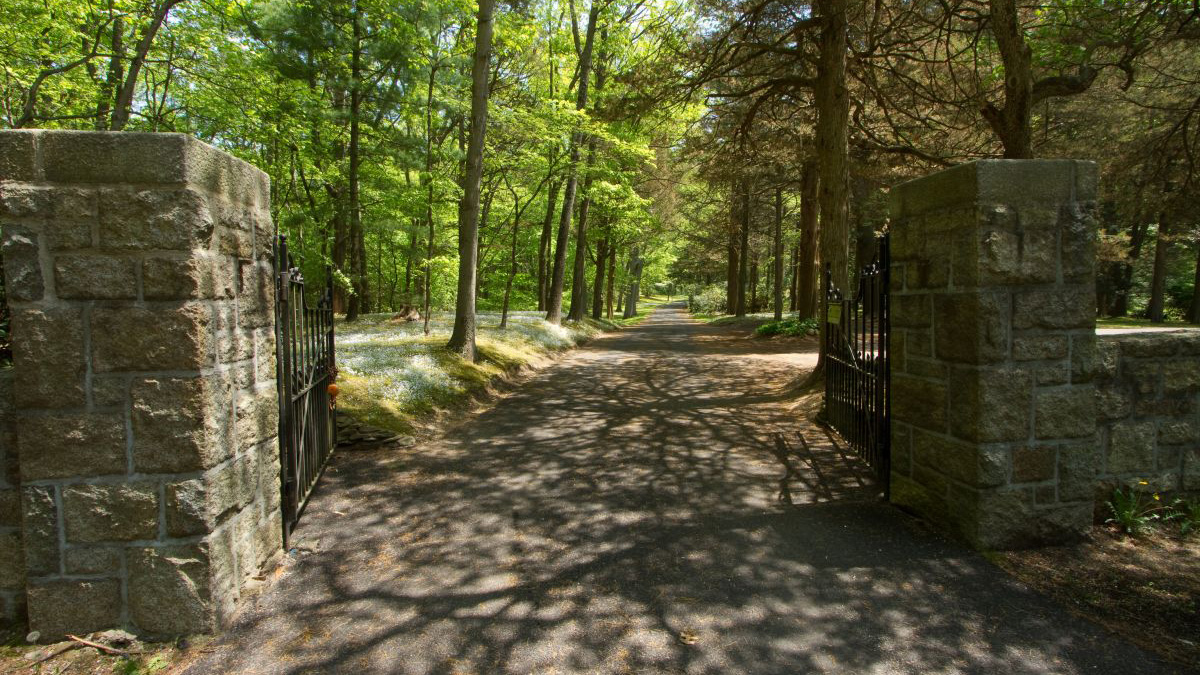 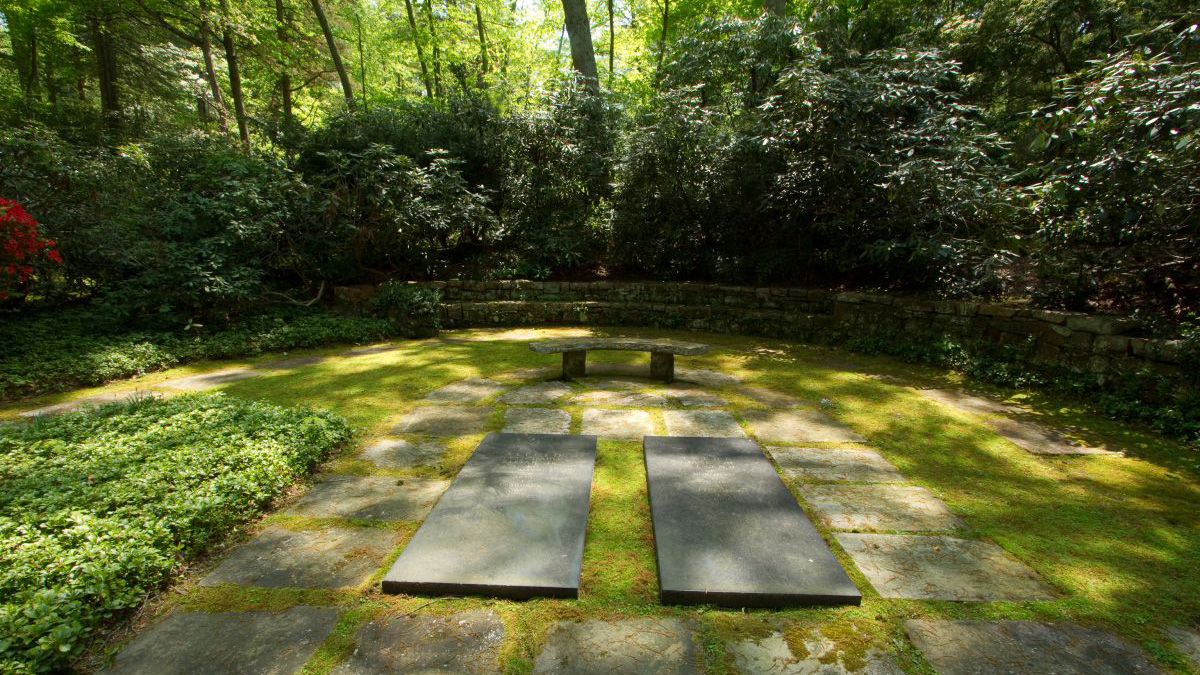 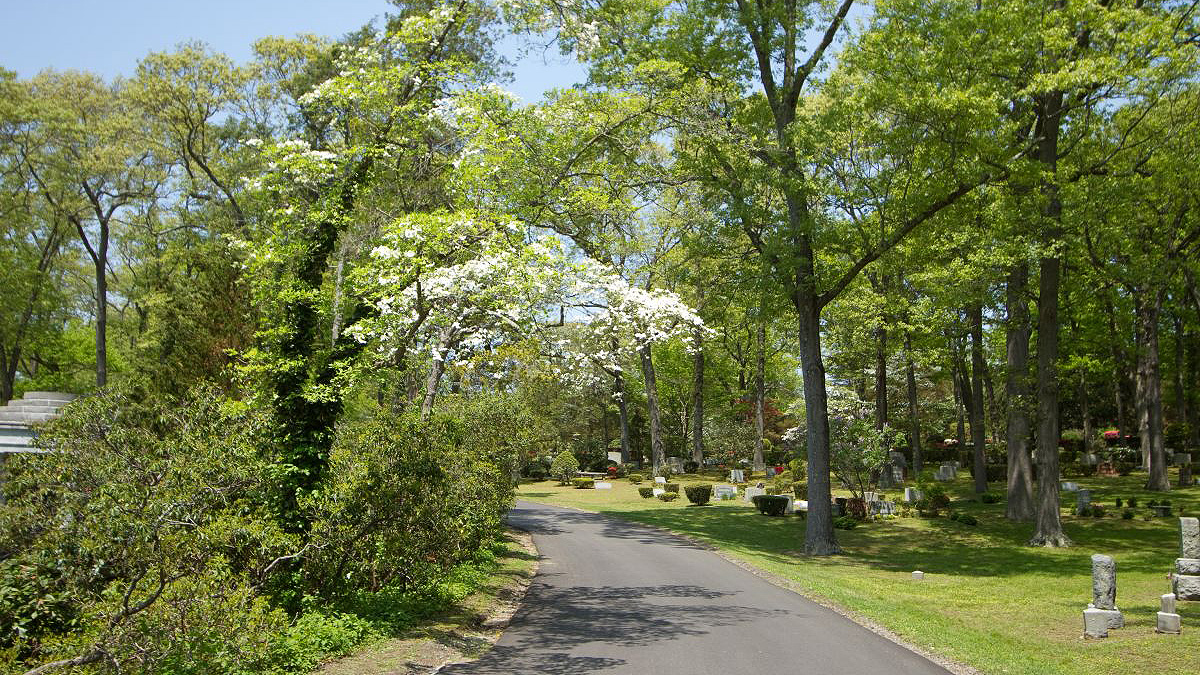 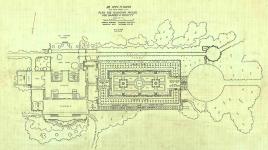 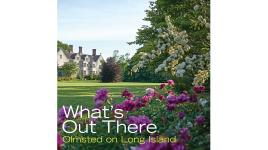 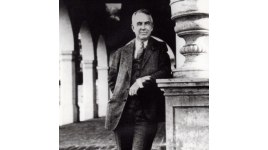