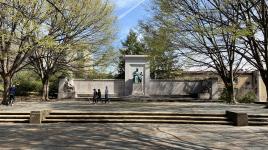 In 1914, the Department of the Interior hired George Burnap to design a grand formal park of the European model, as suggested by the 1902 McMillan Plan.  Architect Horace Peaslee later modified the twelve-acre Meridian Hill Park plans, creating the extensive monumental walls and fountains built of exposed aggregate in varying colors and textures.

Sited on the escarpment of the Potomac floodplains, the 900-foot, flat, upper terrace of the park originally held commanding vistas of the city, with a central grass mall, side promenades, and a linden allée of distinct French style, culminating with a bronze statue of Joan of Arc. The steeply sloping lower level is stylistically Italianate. Inspired by the fountains of Villa Aldobrandini, in Frascasti, Peaslee designed a grand central cascade, which flows through thirteen graduated basins into a large reflecting pool. Four large sculptures decorate the park. The chief designer of the park’s planting plan was Ferruccio Vitale.

A major force behind the development of this ambitious park was Mary Foote Henderson, wife of Missouri Senator John Henderson and an enthusiastic advocate for the development of this neighborhood as a Beaux-Art cultural center for Washington, including relocating the White House, embassies, monuments, and presidential memorials.  She purchased land, commissioned designs for multiple buildings, and lobbied Congress continually on behalf of her vision.

The site of racial protest in the 1970s, the park was unofficially renamed Malcolm X Park. It became a National Historic Landmark in 1994 and is now maintained by the National Park Service. 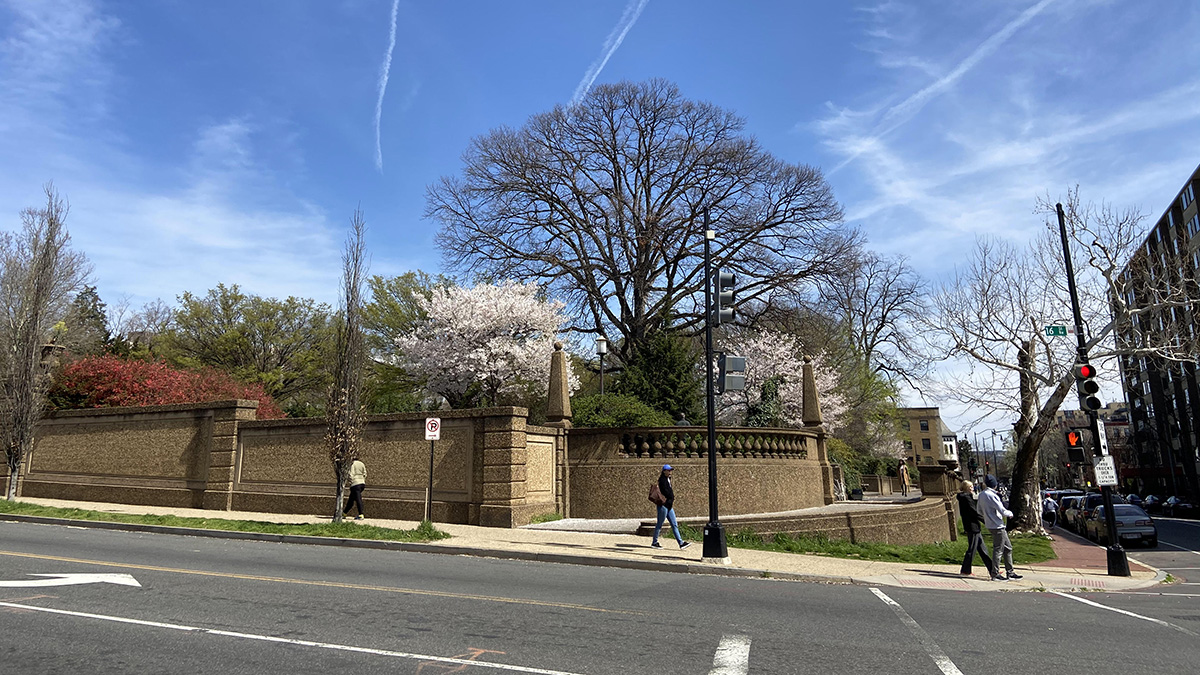 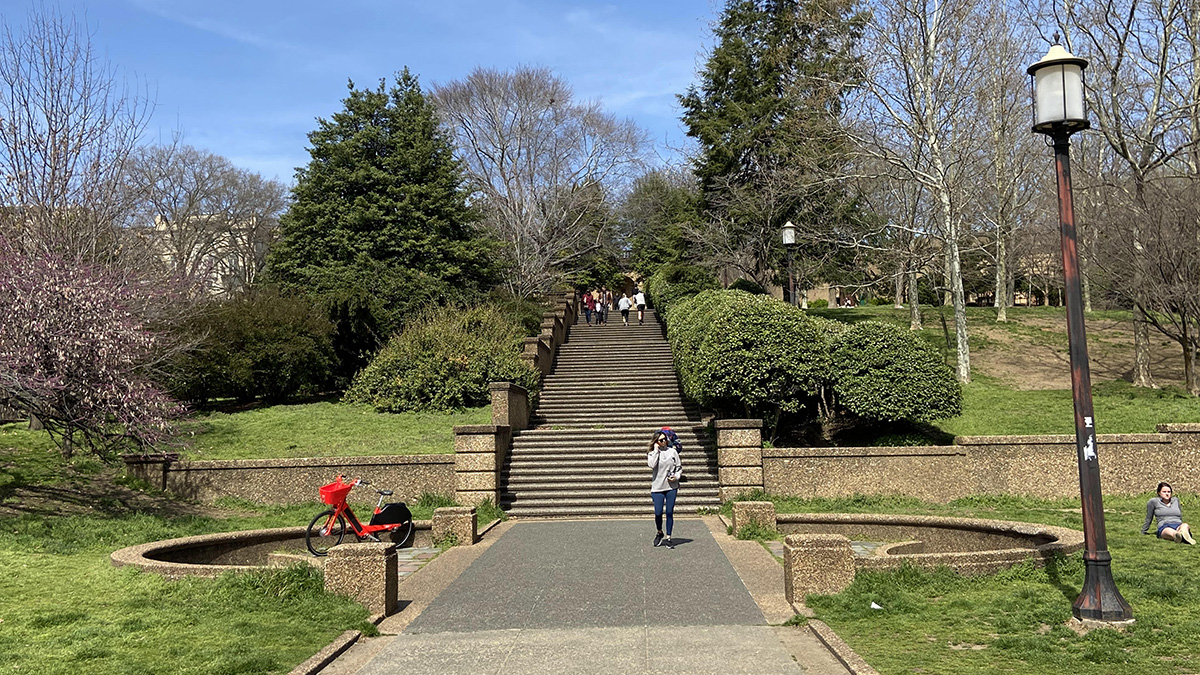 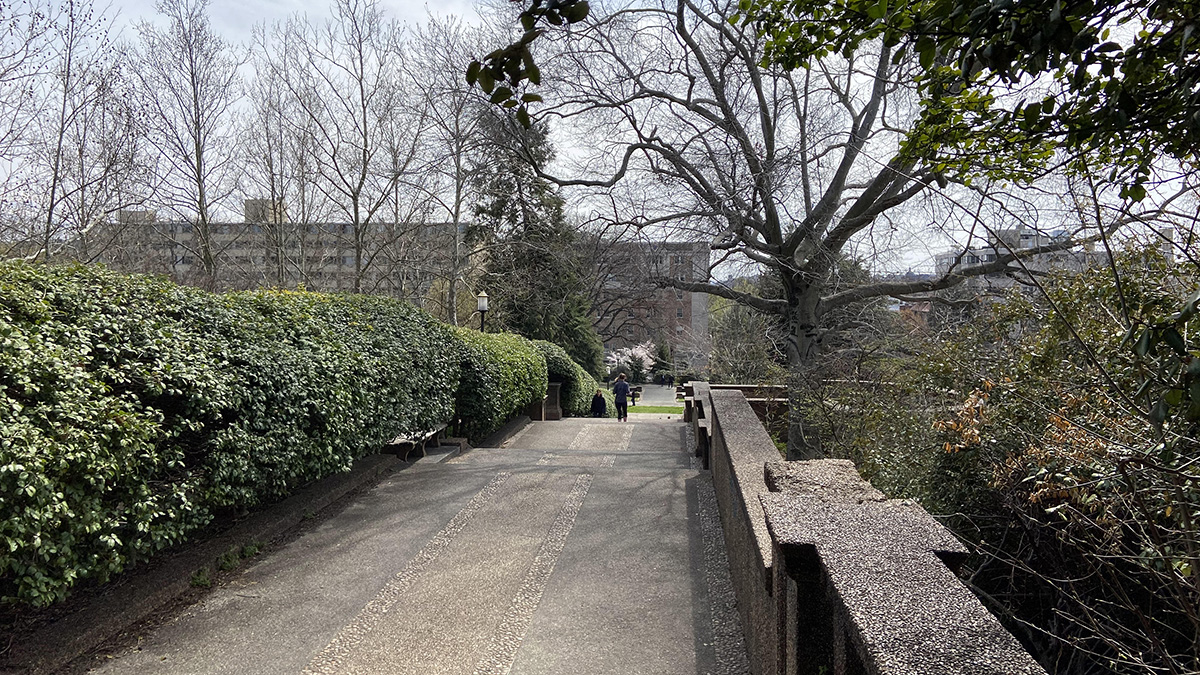 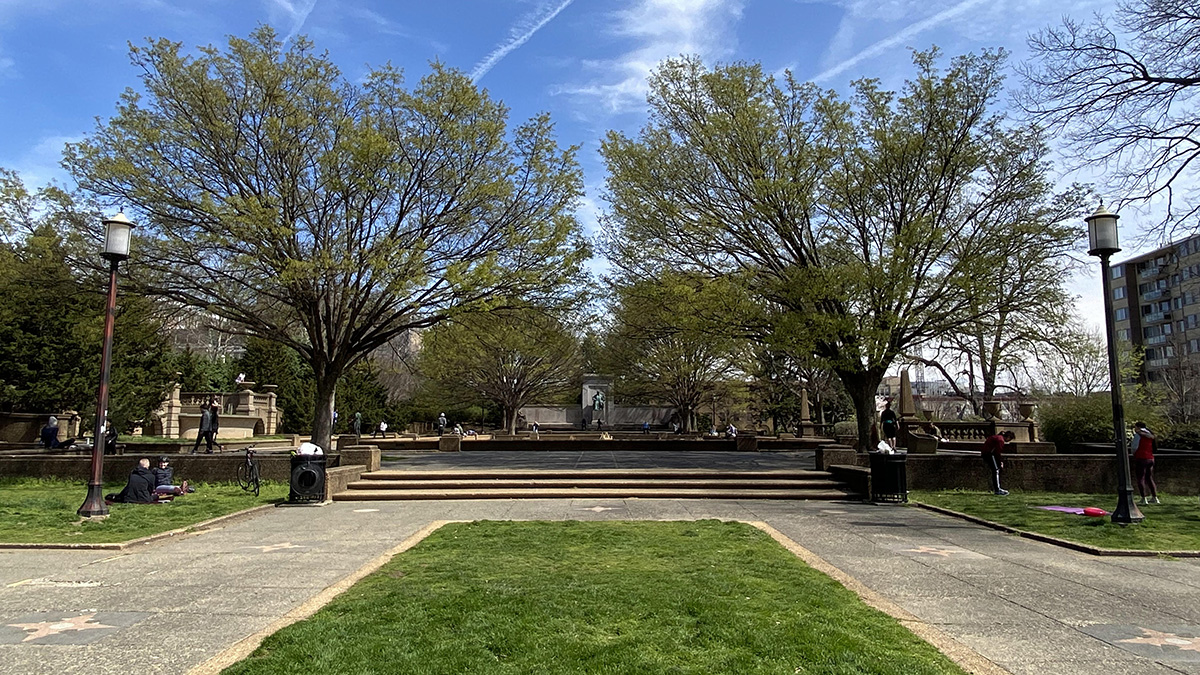 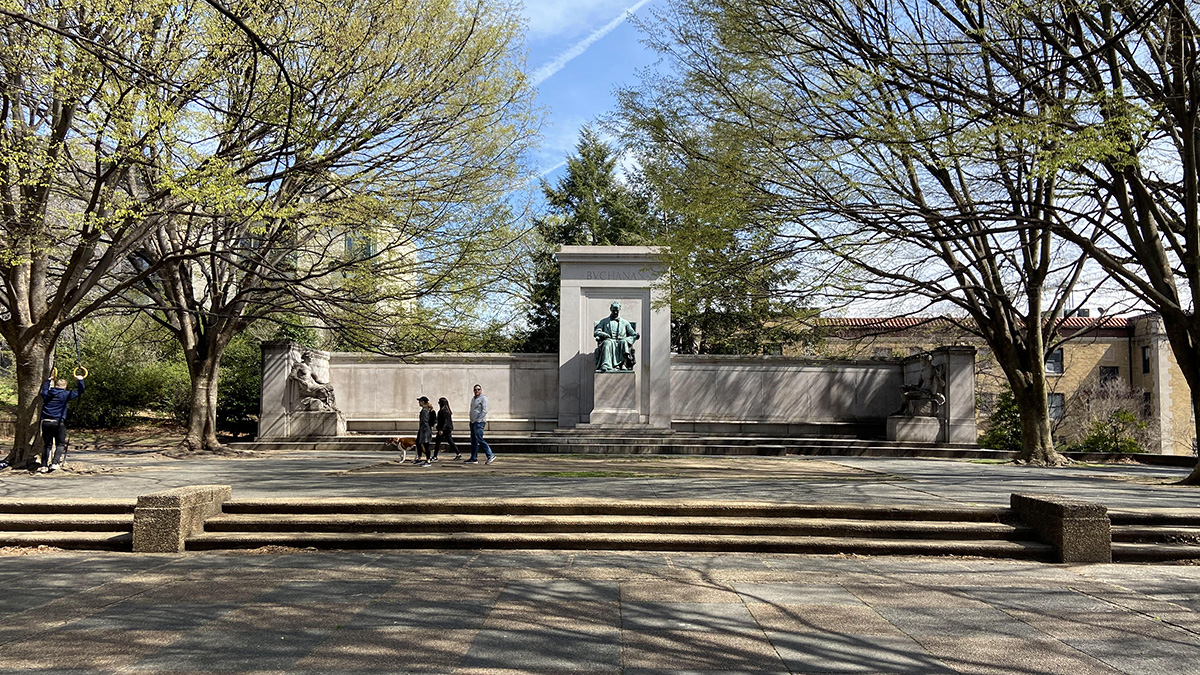 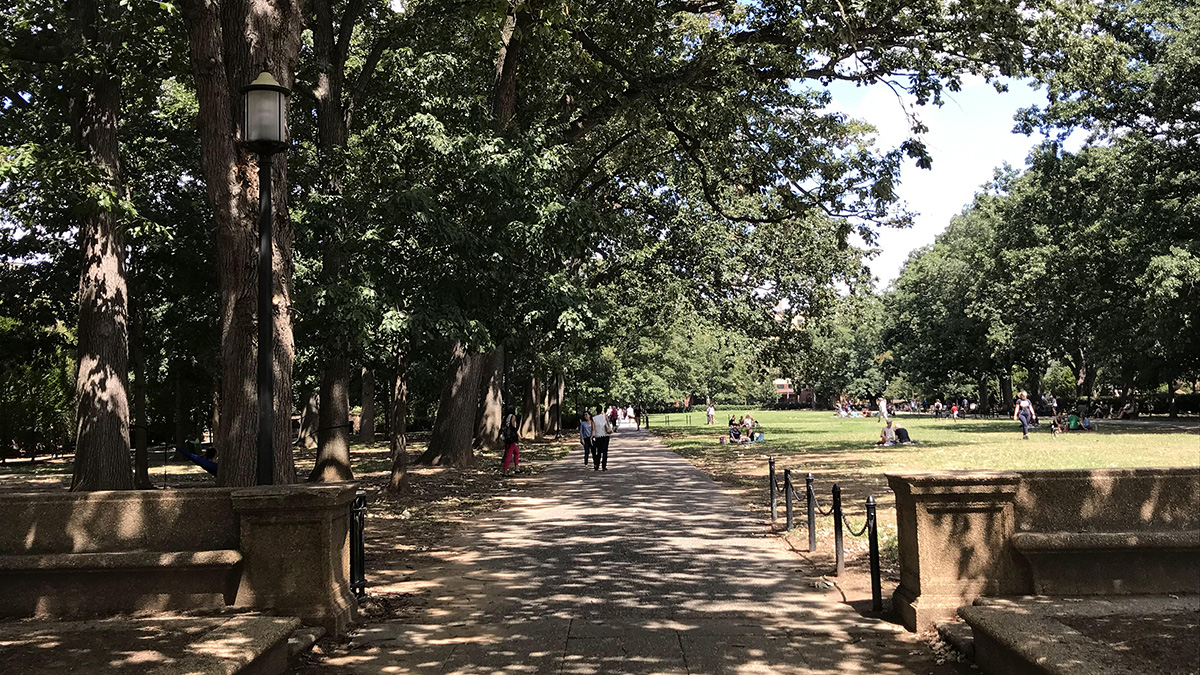 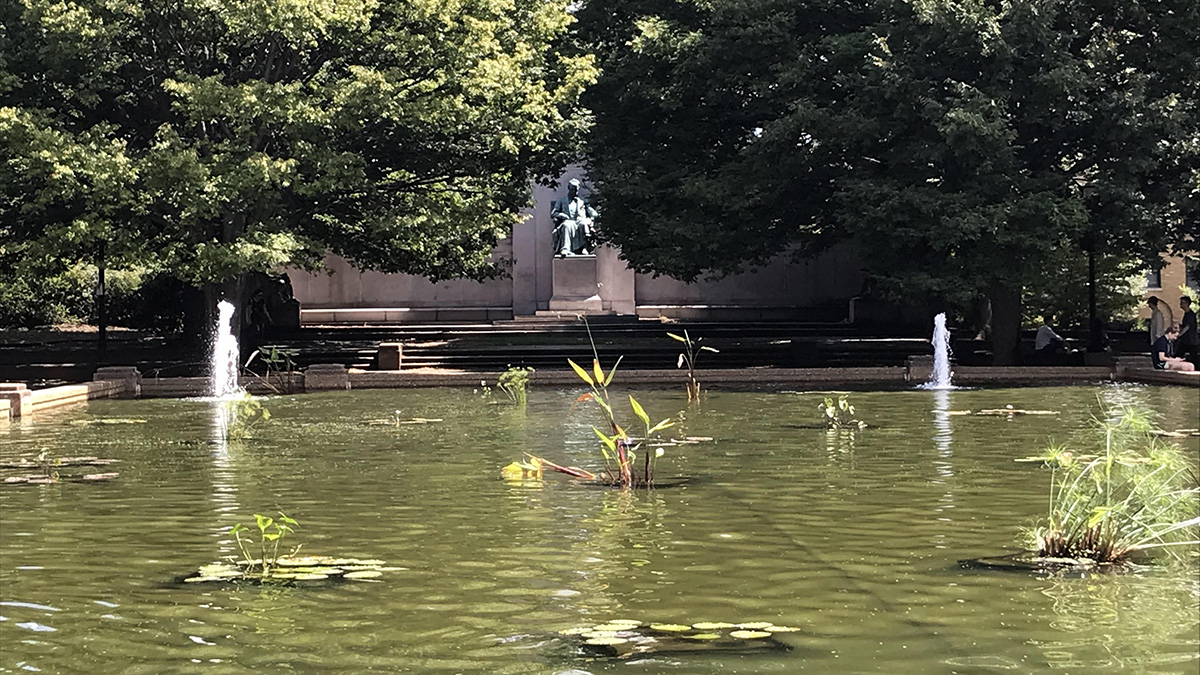 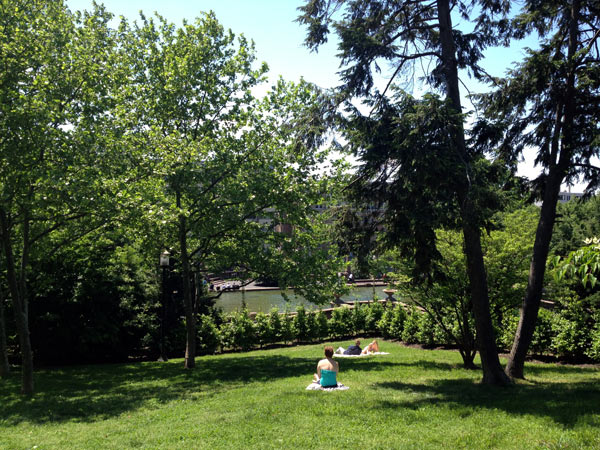 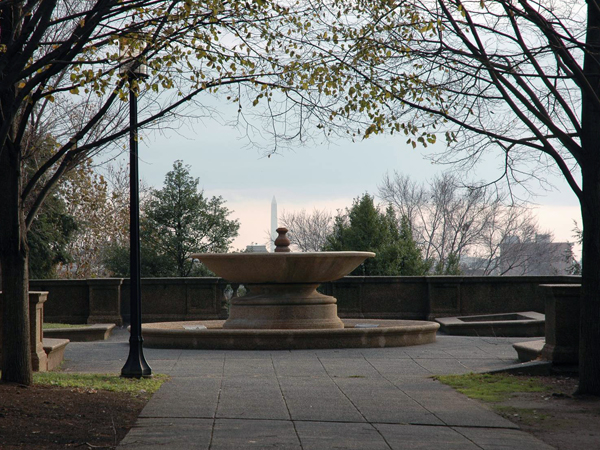 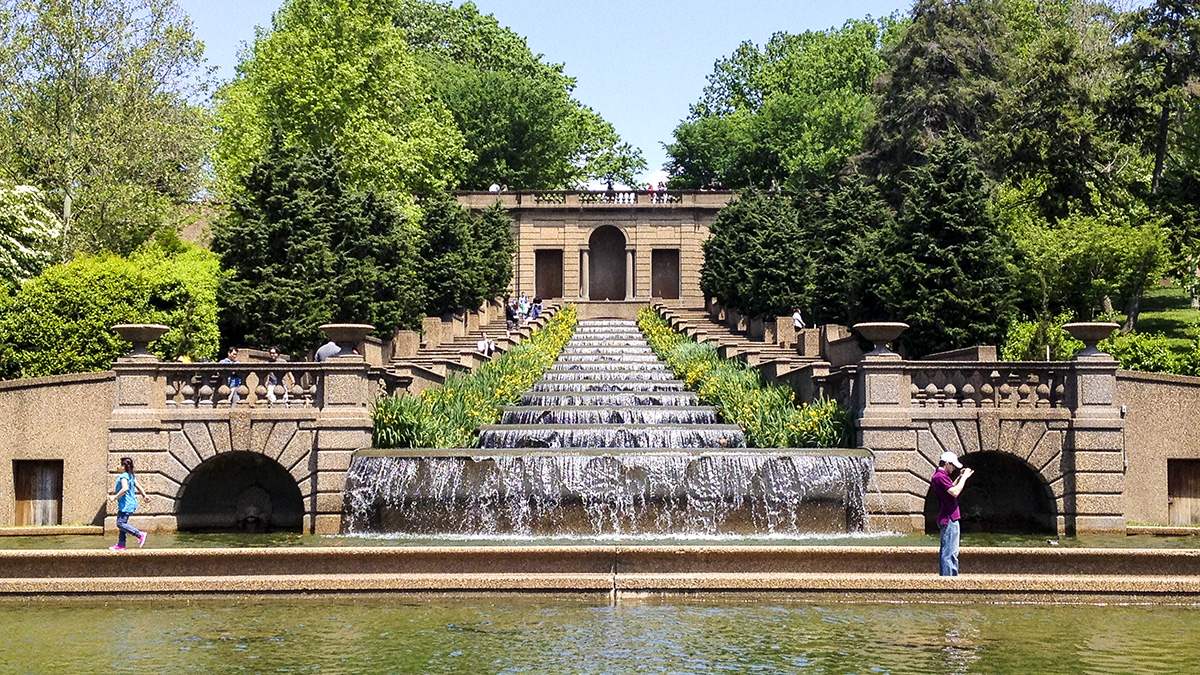 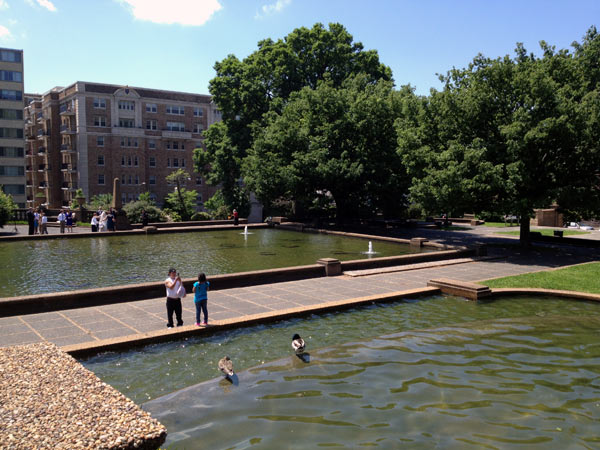 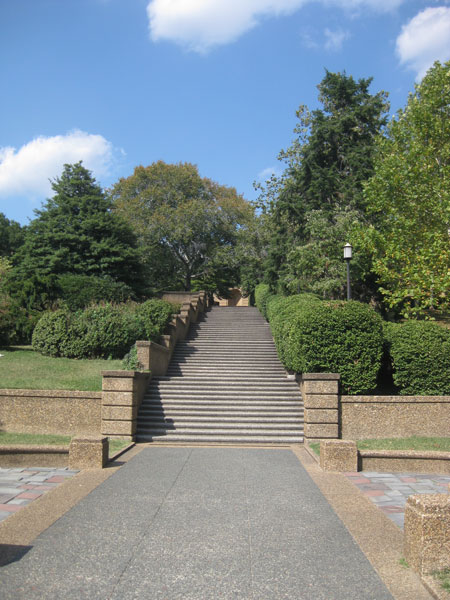 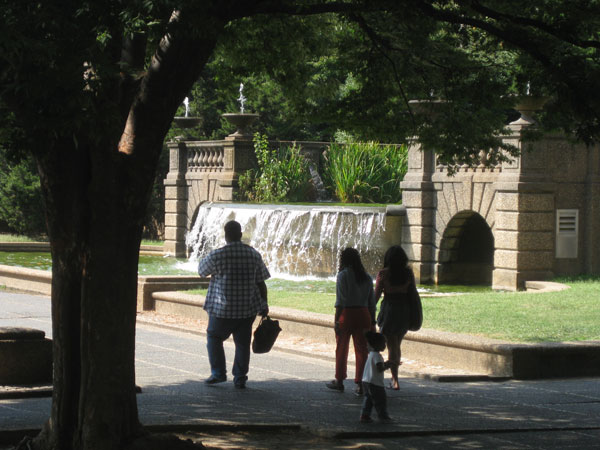 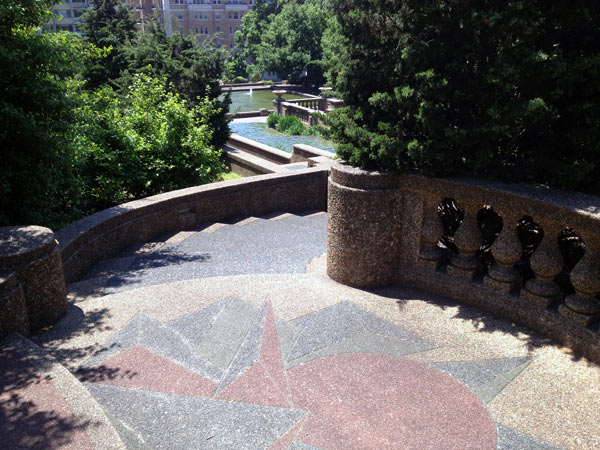 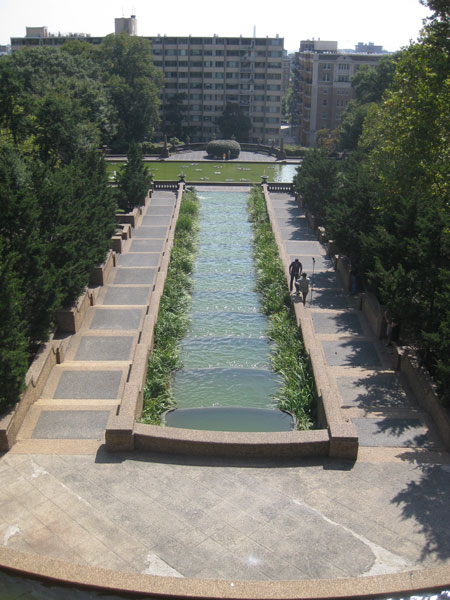 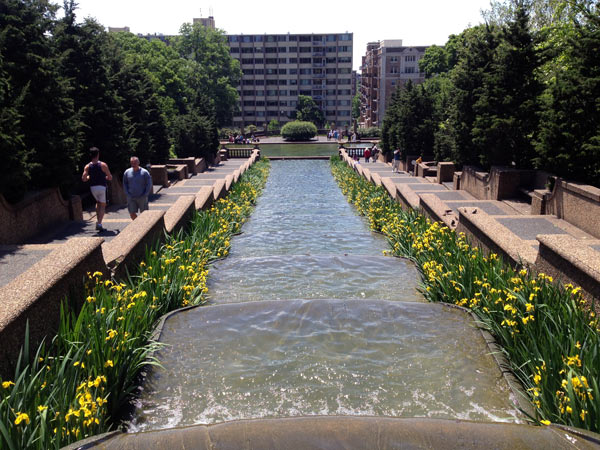 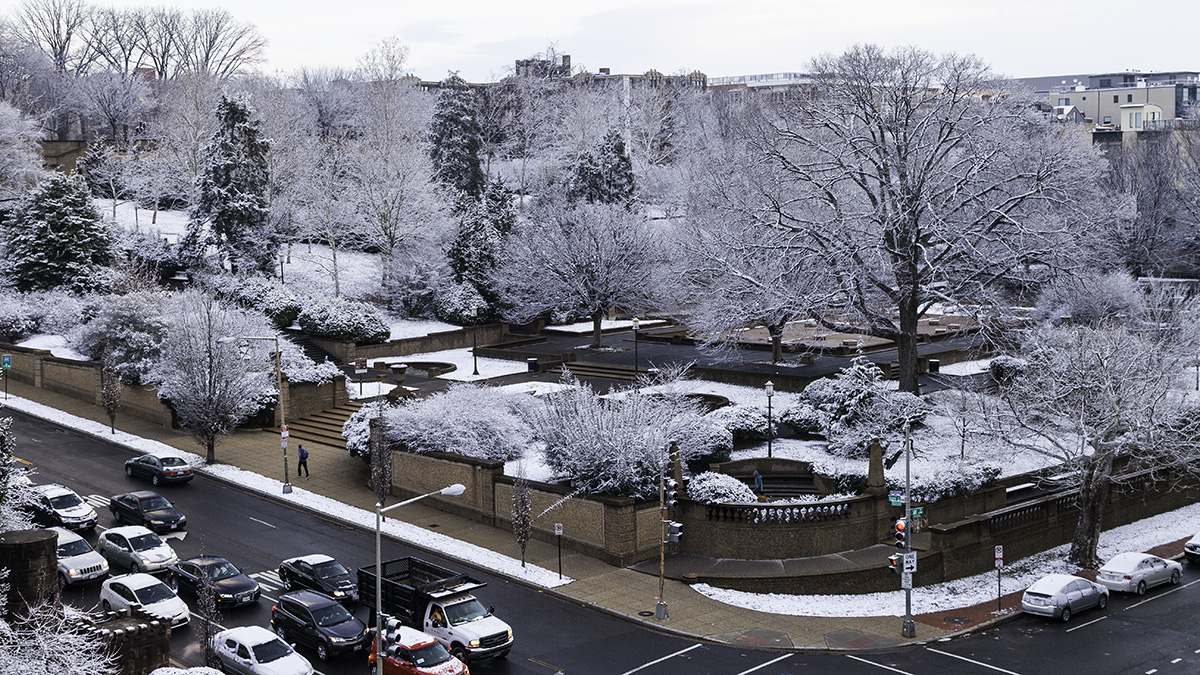 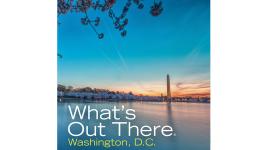 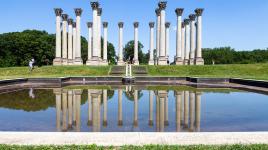