Founded in Washington, D.C., in 1888, the National Geographic Society relocated its headquarters to Hubbard Memorial Hall on the corner of M Street and Sixteenth Street in 1903. As the organization and its publication, The National Geographic Magazine, grew in popularity throughout the twentieth century, the headquarters expanded along M Street to include an administrative building (1931), an editors’ wing (1948), and an eleven-story office building designed by Modernist architect Edward Durell Stone (1961). After the editors’ wing was demolished, a second multifunctional building containing a 400-seat theater, alongside a publicly accessible outdoor plaza, was completed by the firm Skidmore, Owings & Merrill (SOM), working with landscape architect James Urban, in 1981. In 1984 the sculpture MARABAR, commissioned by National Geographic with guidance from SOM’s David Childs and designed by artist Elyn Zimmerman, was installed within the plaza.

The headquarters enclose an elongated plaza framed by buildings that reflect various twentieth-century architectural styles. Looping around a planted median, a drop-off is bordered by a low-curbed sidewalk, minimizing the separation of pedestrian and vehicular access. The median, containing a staircase to an underground garage, is planted with oaks, holly, and boxelder trees, corresponding with adjacent garden beds. Original ash and pear trees have since been replaced by oaks. Several boulders strategically placed throughout the plaza’s gardens are part of the sculptural installation MARABAR, whose main element is a rectangular reflecting pool (6 x 60 ft.) set immediately amid five of the granite boulders, three of which have highly polished and reflective surfaces, mirroring one another across the pool. Because the boulders sink slightly below the pavement, which also hovers above the water, the plaza's natural elements appear to antedate the man-made construction. The plaza narrows into a sheltered, well-shaded garden space before transitioning to an alley exiting onto Sumner Row. The stepped terraces of SOM’s building, once containing yews, have been replaced with grass. Repeating rows of hedges edge the exhibition hall’s colonnade. A redesign of the plaza, with a new entrance pavilion and curvilinear planting beds, by Hickok Cole Architects ws proposed in 2019, potentially removing Zimmerman’s sculpture and elements of the SOM design. 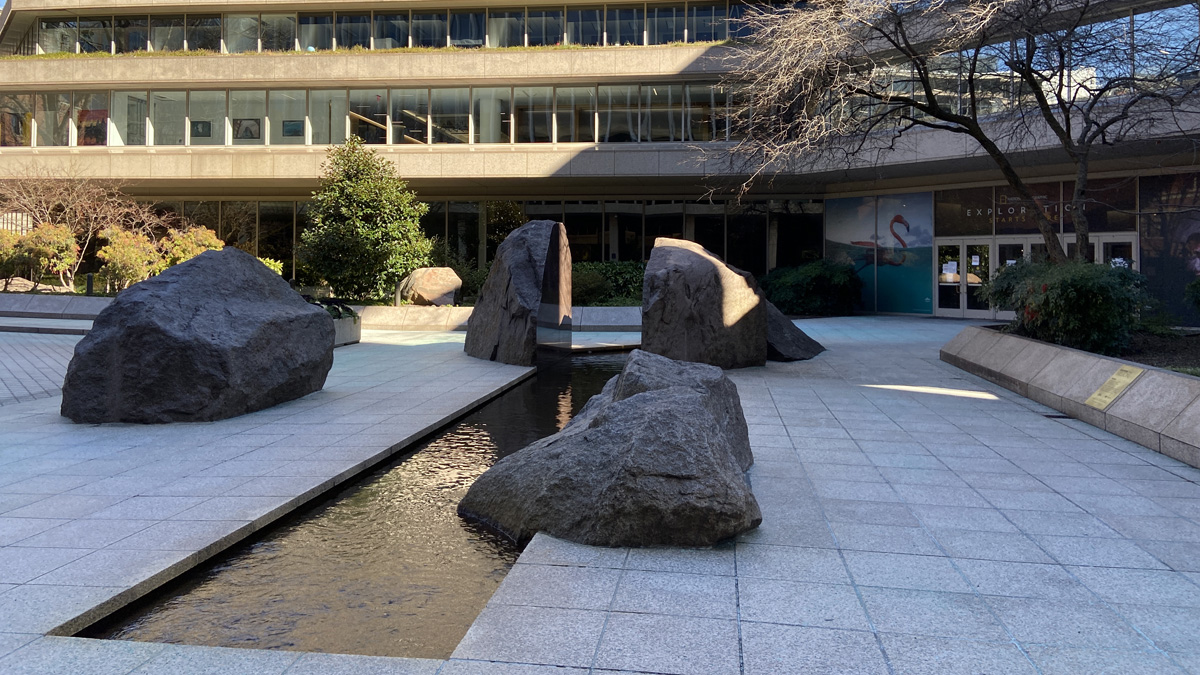 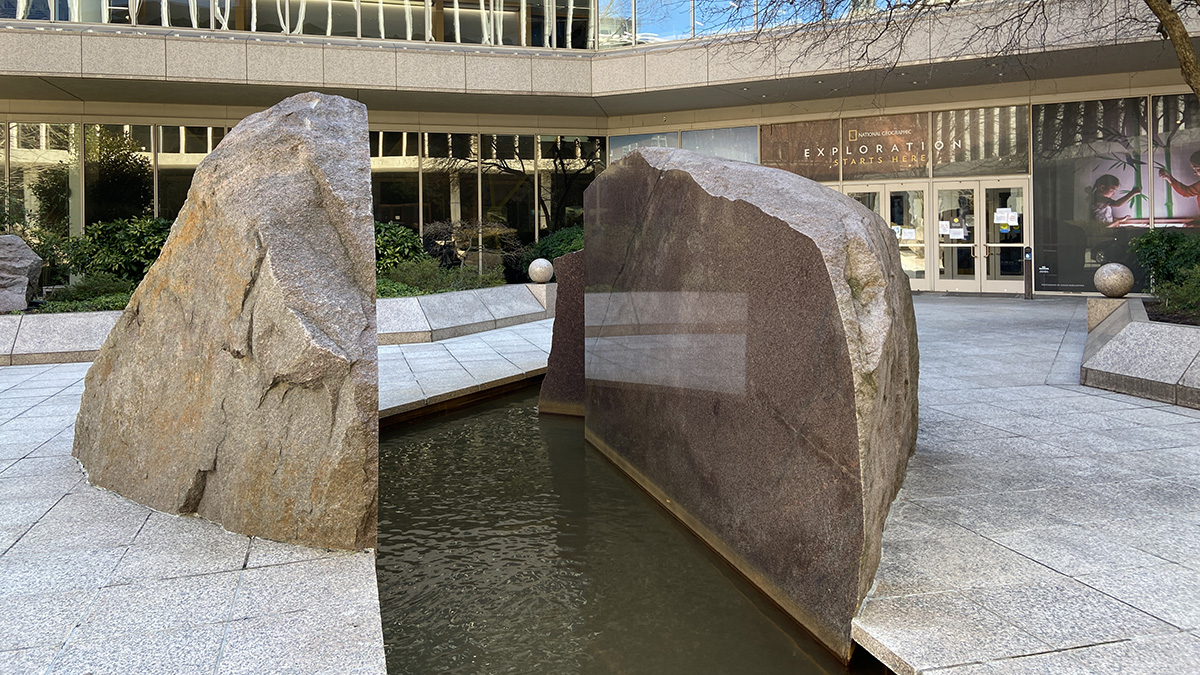 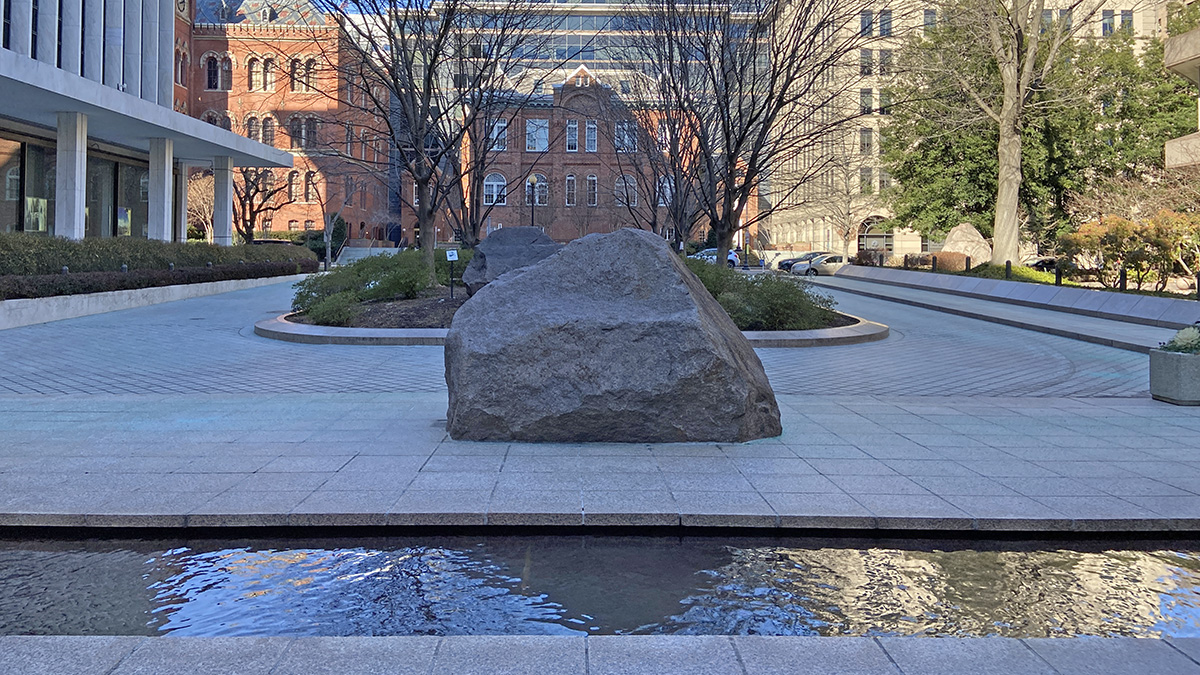 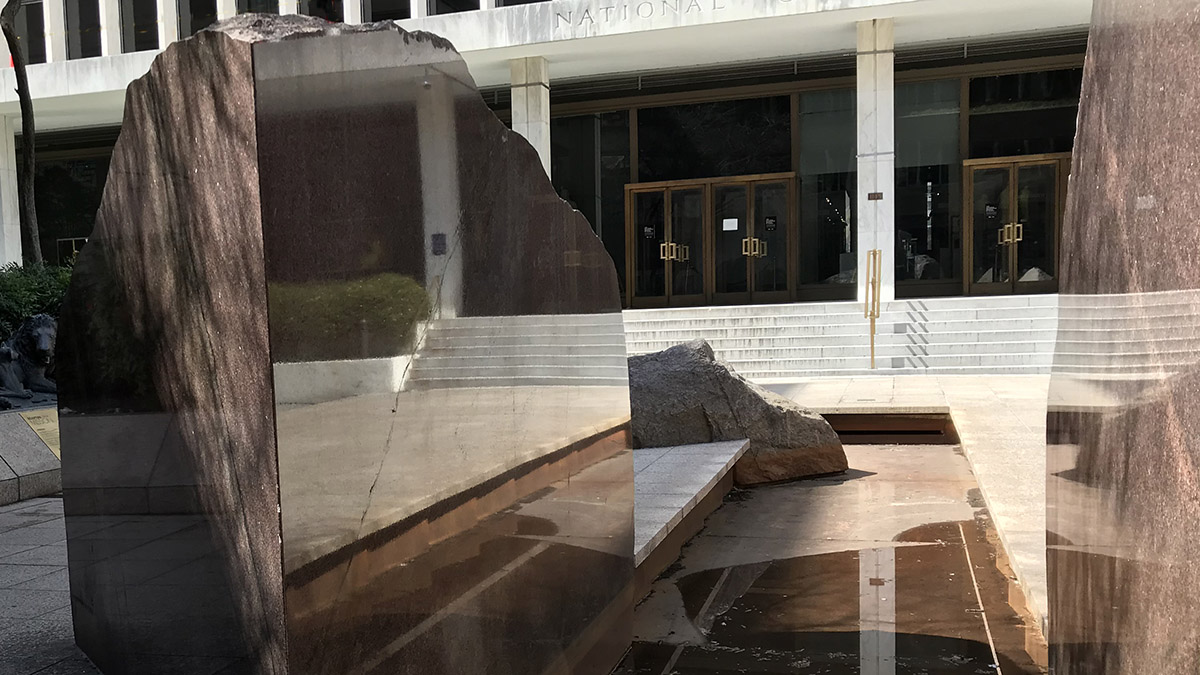 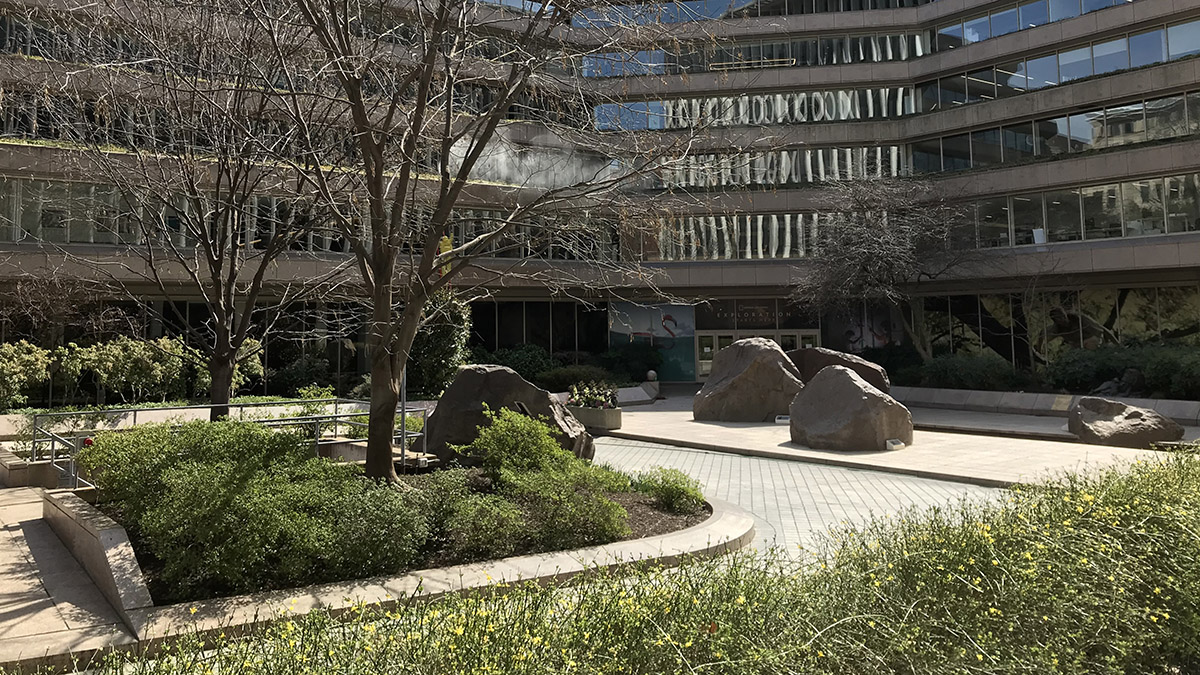 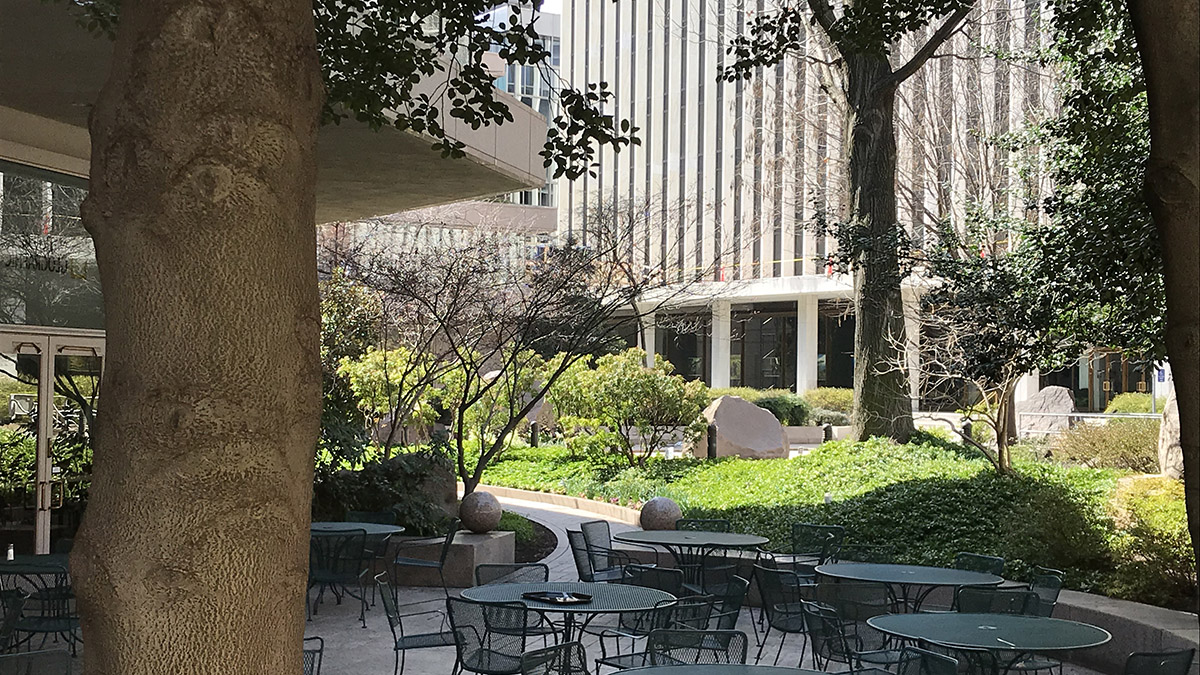 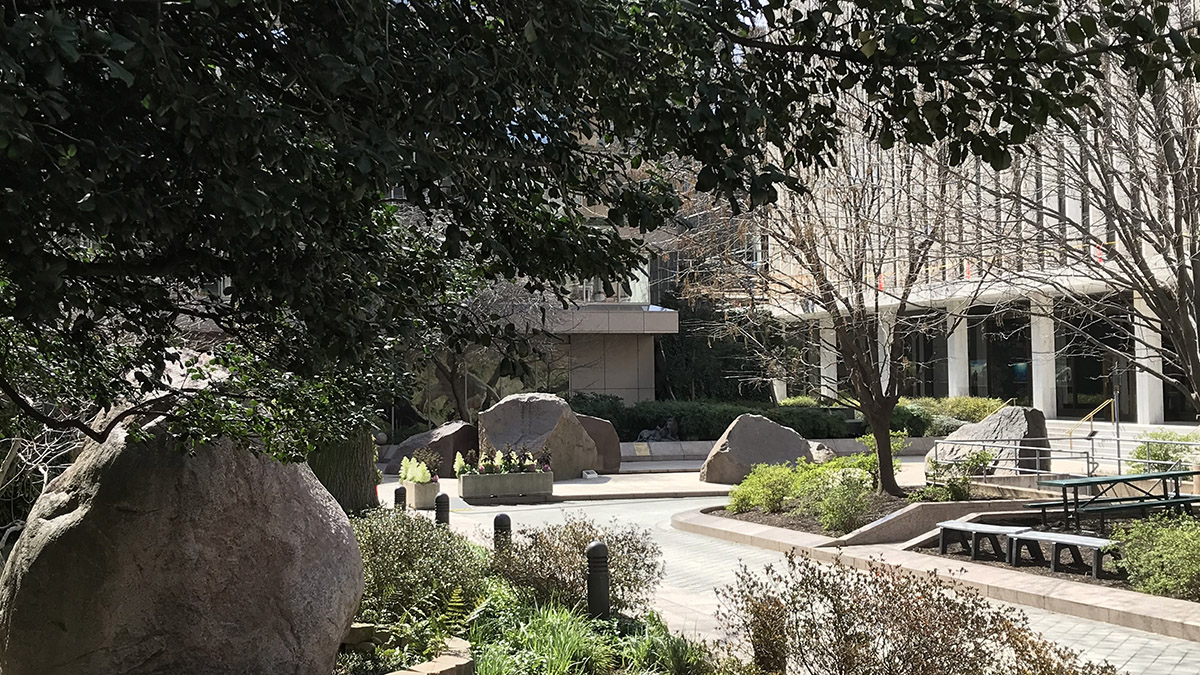 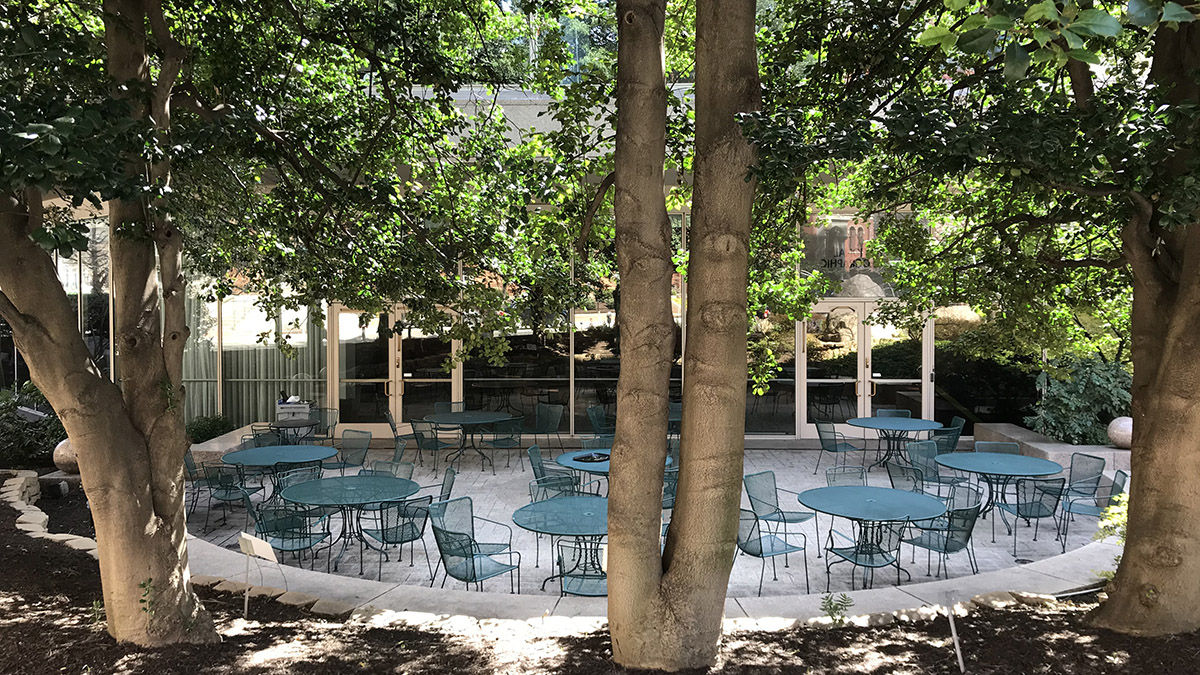 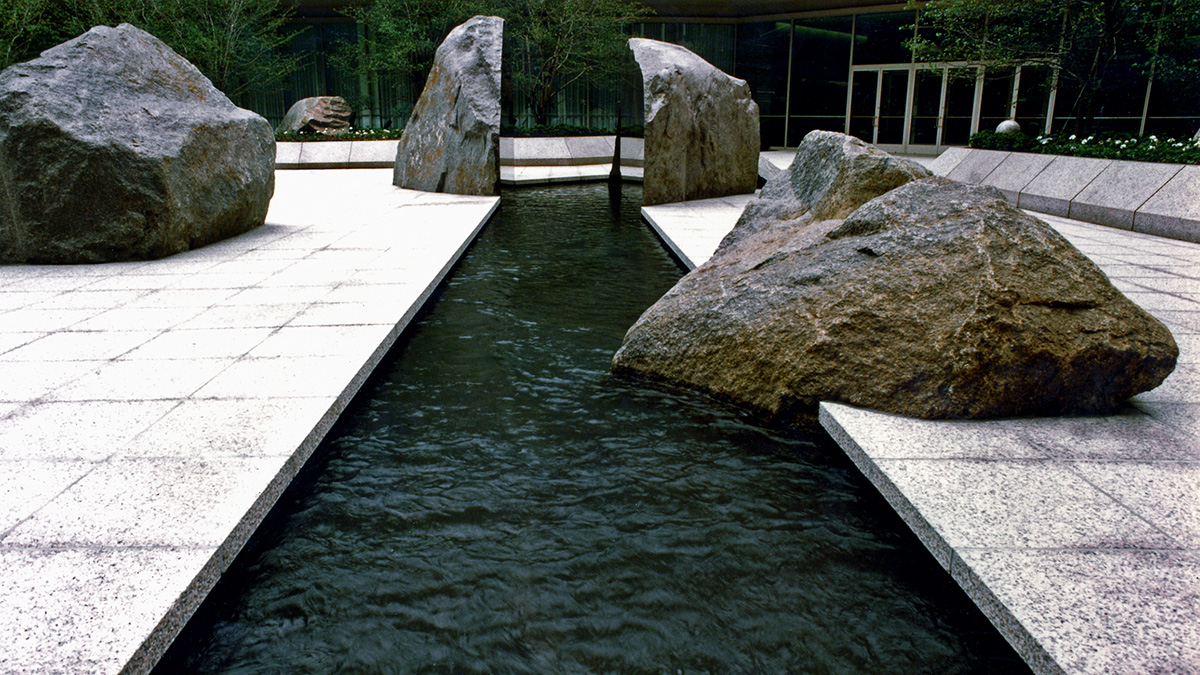 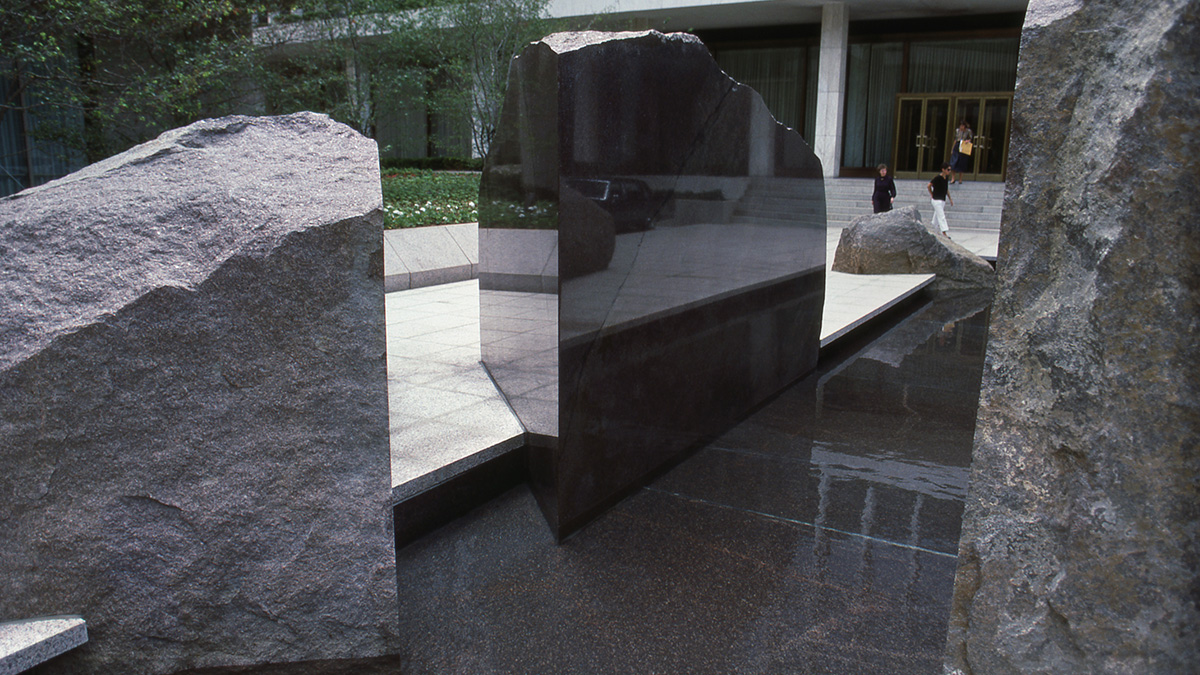 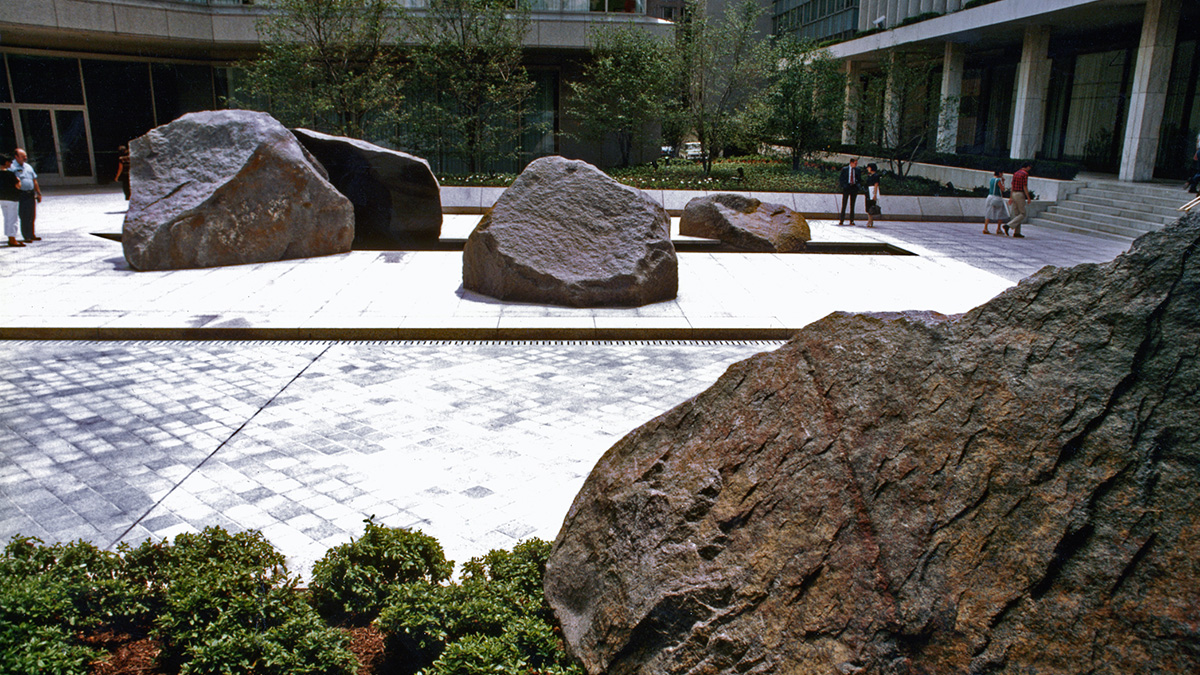 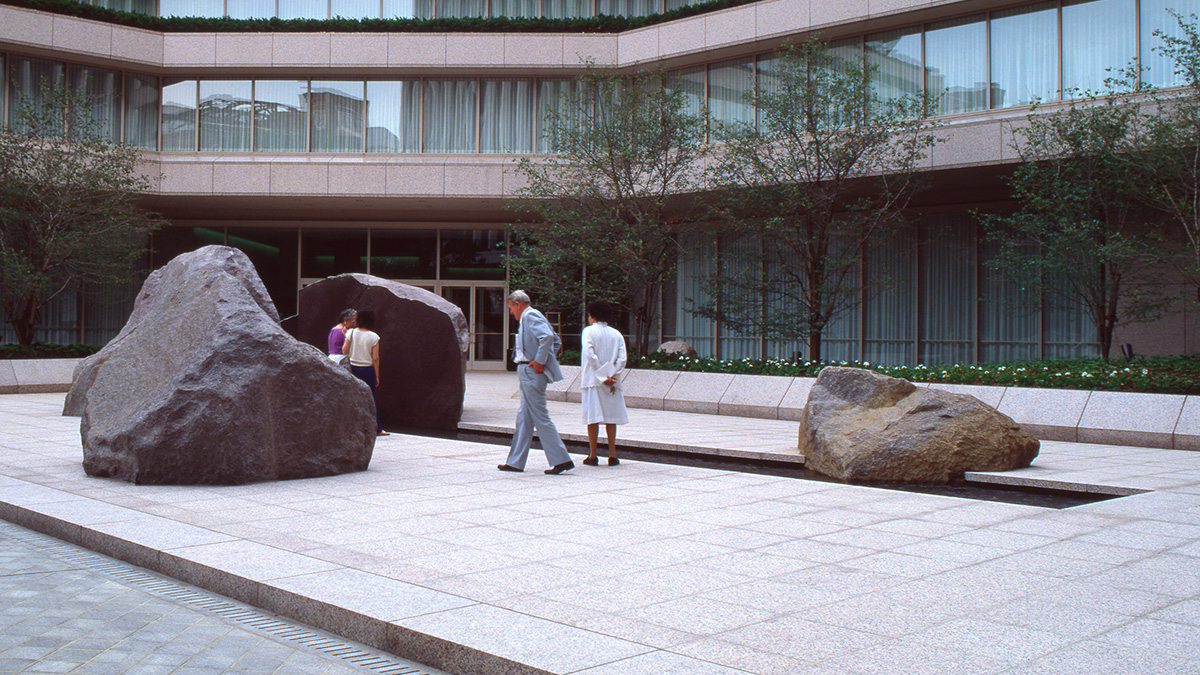 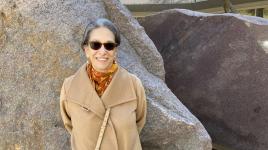