On Thursday, July 12, 2012, the Washington, D.C., Historic Preservation Review Board (HPRB) met to address the District of Columbia’s development proposal for McMillan Park submitted by Vision McMillan Partners with a Master Plan by EEK and Associates.

There is concern the Vision McMillan proposal would result in the destruction of the site’s historic significance. Among those who have submitted letters to the HPRB objecting to such destruction are D.C. City Council Member Phil Mendelson, the Sierra Club, Howard University, and the National Association for Olmsted Parks. 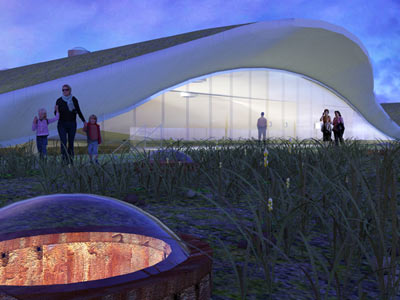 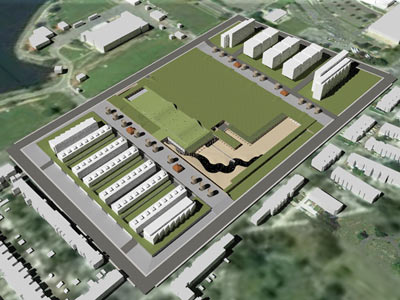 Collage City Studio's renderings for McMillan ParkAn alternative plan was presented by Collage City Studio on behalf of McMillan Park Committee and Friends of McMillan Park, who oppose the District of Columbia’s development proposal for the historic water filtration site. Points of contention with the Vision McMillan Partners’ plan include its lack of compliance with the District of Columbia’s Historic Preservation Regulations and its destruction of much of the landscape’s historic fabric, which the plan replaces with 2.2 million square feet of conventional mixed-use development.

Using the Olmsted Walk and the service courts as a historic template, the alternative plan preserves a significant proportion of the site’s unique underground sand filtration vaults, which were used to filter water, as well as the substantial green roof which tops them.  The plan proposes that an urban farm be situated atop a portion of the green roof, while it is proposed that the vaults be repurposed as a bazaar-style shopping venue and community recreation center. Interpretive elements are incorporated into the plan, which include the preservation of a working vault which will demonstrate the original slow sand filtration process. The plan also proposes revealing a below-ground creek – this would be done as part of a stormwater management plan and the site would become an urban beach that incorporates some of the filtration sand.

The alternative plan proposes 1. 5 million square feet of mixed use and residential development on the property’s northern and southern edges, preserving the site’s historic core, with the hopes that the site would attain landmark designation in the National Register of Historic Places in the near future. 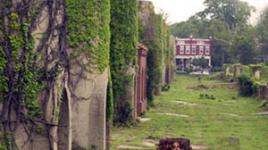