In 1922 the City of Minneapolis acquired land for what would become the 241-acre Lake Hiawatha Park, with 140 acres set aside for the Hiawatha Golf Club. A century later, the city is proposing to reduce the size of the eighteen-hole course, which for decades has been an important cultural resource and gathering place for the African American community in the Twin Cities. 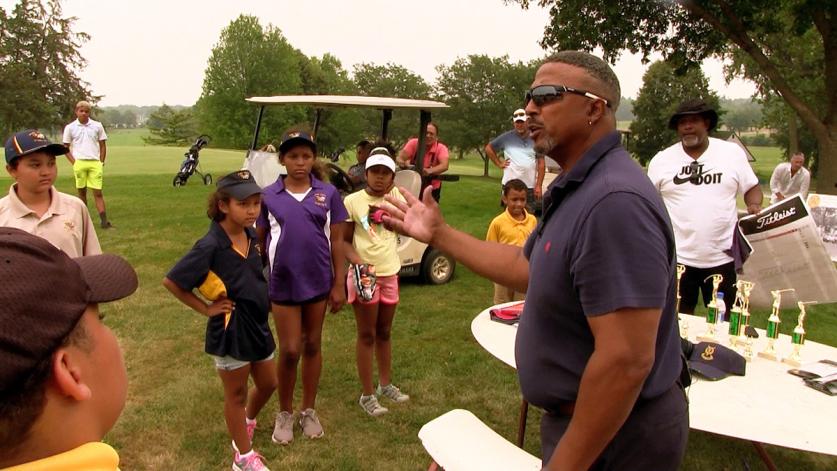 In recent years, the Minneapolis Park and Recreation Board (MPRB), citing problems with periodic flooding, has called for a redesign. Their 2021 Master Plan, still technically in effect, asserts that it would be difficult, if not impossible, to both save the eighteen-hole site and address the water issue. The plan envisions a new nine-hole course, a large space for water storage, and other amenities including BMX trails, a dog patio, and kayaking to replace the existing course. That proposal was narrowly defeated by the nine-member MPRB in July 2021 but is likely to be revived in Spring 2022 following the election in Nov. 2021 of seven new members. Consequently, The Cultural Landscape Foundation (TCLF) has enrolled the Hiawatha Golf Club as a Landslide nationally significant cultural landscape that is threatened and at-risk.

Lake Hiawatha Park was a relatively late addition to the park system in this section of Minneapolis, even though the Superintendent of the city’s park system, Theodore Wirth, recommended the acquisition of what was then Rice Lake and the surrounding land as early as 1910. The land was finally purchased in 1922, and the name of the lake was formally changed to Lake Hiawatha. Wirth recommended that much of the 241 acres be developed as an eighteen-hole golf course to take advantage of the sport’s increasing popularity. The all-grass 140-acre course was designed by William D. Clark who designed all of the Minneapolis Board of Park Commissioner’s (MBPC) golf courses in this era. [Note: the MBPC, which was established in 1883, was renamed the Minneapolis Park and Recreation Board in 1969]. 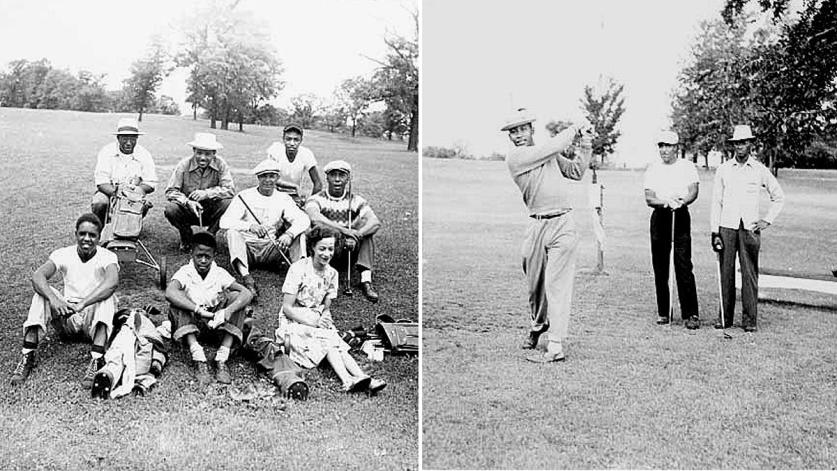 To improve conditions at the course, the MBPC began dredging 1.2 million cubic yards of material out of the lake from 1929 to 1931 and used the material to fill low spots in the course and manipulate the landscape in other ways. In 1932, the current golf clubhouse was completed. The course officially opened with nine holes on July 30, 1934; the price to play nine holes was 35¢. The remaining nine holes were completed the following year. With a yardage of 6,967, Hiawatha had the longest course of all those owned by the MBPC. The course also contains a driving range, a club house, twelve ponds, and thirty sand traps.

The course is located near a historically African American south Minneapolis neighborhood. The honorary mayor of the adjacent Bronzeville neighborhood, Jimmy Slemmons, started the Minnesota Negro Open Golf Tournament in 1939. The course clubhouse remained segregated until 1952 when celebrated Black golfer Solomon Hughes, Sr. gained admission after several years of perseverance. In 2021 the clubhouse was named in his honor. In 1954, the tournament was renamed the Upper Midwest Bronze Amateur Open, known colloquially as “The Bronze,” to reflect its unrestricted entry policy. First based at Armour (now Gross) and Wirth Park golf courses, the tournament moved to Hiawatha in 1968, drawing as many as 300 participants. The famed prize fighter Joe Louis won the tournament in 1957.

Although the course was the most popular in the system, there were numerous side effects of dredging and filling. In 1948, the first fairway was raised to prevent flooding. In 1953, workers placed fill along the lake shore and creek bank to prevent overflowing and built two forty-foot timber bridges over the creek to replace those that had been damaged by high water the previous year. A similar bridge was built in 1956. The following year, the board installed drain lines, which ran from the sixth fairway to a concrete sump at Forty-Third Street South and Nineteenth Avenue South and installed an electric pump in 1958. The purpose of this machinery was to keep the fairways dry, allowing better golf games. A similar system was installed in 1964 to serve the seventh fairway. A sprinkling system, which could water the whole course in five days, was also built. Following floods in 1987 and 1991, course drainage was improved by elevating some of the fairways, tiling the greens, adding water hazards as water collection points, and installing new pumps. This work was done on the front nine holes in 1993 and the back nine in 1999.

For several years, the Minneapolis Park and Recreation Board (MPRB), citing problems with periodic flooding, has been promoting a plan to reduce the eighteen-hole course to nine holes and re-purpose some of the parkland for water storage and activities like fat bike trails, a dog patio, and kayaking. This plan was narrowly voted down by the nine-member MPRB in July 2021. Nevertheless, it remains a possibility because seven new members were elected to the MPRB in November 2021, and two of the holdovers, Meg Forney, and Steffanie Musich voted in favor of the plan last year; Forney is now MPRB President. 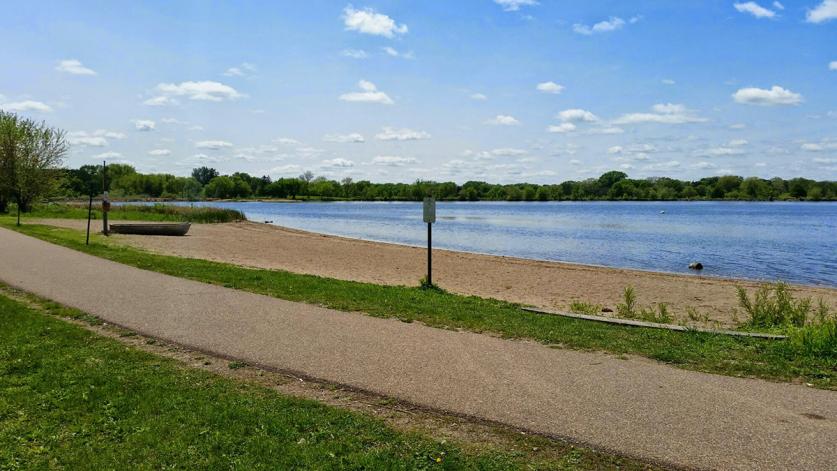 The 2021 Master Plan (p. 18) asserts that it would be “impractical, if not impossible” to both solve the excess water problems and preserve the historic eighteen-hole course. The proposed redesign has drawn a strong negative response from residents in the neighboring community who have organized to stop the plan, appeared at countless community meetings, and posted lawn signs provided by SaveHiawatha18.  In July 2021, Bronze Tournament President Darwin Dean sought help from professional golfer Tom Lehman, a Minnesotan who played Hiawatha as a young man. In October 2021, Lehman visited Hiawatha with Darwin, agreed to join the effort to protect its cultural and golf heritage, and sat for a NBC Sports Golf Channel interview (which includes audio excerpts from the July 2021 MPRB meeting). Subsequently, he has recruited the Philadelphia-based engineering firm Langan and local landscape architect Tom Oslund to join the effort. 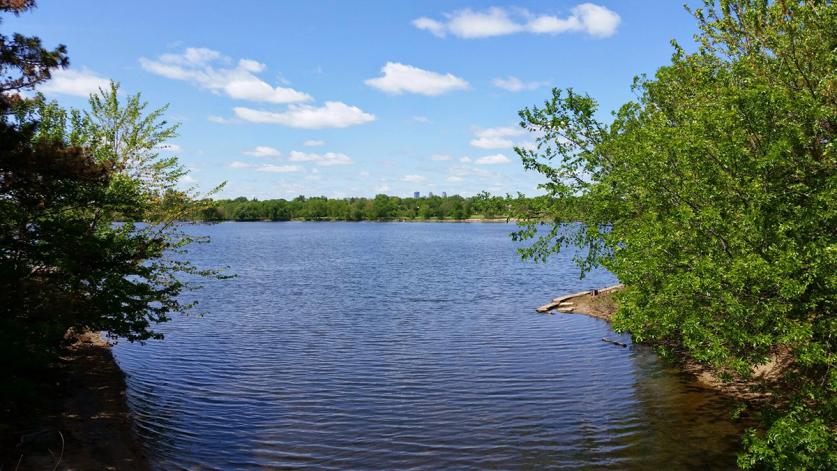 On January 25, 2022, Dean and Lehman met with MPRB President Forney, Superintendent Al Bangoura and Assistant Superintendent Michael Schroeder. Dean and Lehman asked for time to develop and present their plan, which would involve a public/private partnership to assist in transforming Hiawatha into a world-class, championship course; addressing the watershed’s drainage challenges; and continuing to serve the surrounding neighborhood. Since that meeting, MPRB staff have cooperated in supplying relevant information to the Lehman group. However, the MPRB did not agree to grant additional time and indicated that a new vote on the nine-hole plan may occur as soon as Spring 2022.

WHAT YOU CAN DO

Following the January 2022 meeting with the MPRB (noted above), the local advocates for the course approached The Cultural Landscape Foundation (TCLF) regarding the proposed redesign of the Hiawatha Golf Club. TCLF believes that the MPRB plan, if implemented, would result in an adverse effect (negative impact) on the historic eighteen-hole course and has enrolled the site in the Landslide program. The 2021 Master Plan does note (p. 8) that despite modifications over time to address some flooding issues “the historic character of the course remains, and it is eligible for the National Register of Historic Places as part of the Grand Rounds Historic District.”

In addition to having been determined eligible as part of the larger Grand Rounds Historic District, because of its design and cultural significance, especially its strong association with the African American community and as one of the earliest integrated golf courses in the Upper Midwest, TCLF believes that the Hiawatha Golf Club is also individually eligible for listing in the National Register of Historic Places. Therefore, the MPRB should retain a consultant who meets the Secretary of the Interior’s (SOI) Standards for Historian/Architectural Historian to undertake a more in-depth assessment of the landscape’s integrity and significance.  Among other outcomes, this would result in a more informed period of significance for this individual resource and a better understanding of the adverse effects brought on by the proposals in the 2017 Master Plan.   Fortunately, unlike countless other African American historic resources, Hiawatha Golf Club has not been erased, rather it still possesses a high degree of material integrity that is worthy of protection.

Please contact the Minneapolis Park and Recreation Board and ask them to suspend plans for the redevelopment at Hiawatha Golf Club until further investigation of its significant cultural resources has been completed. 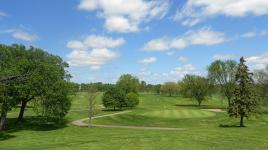