TCLF Announces 2010 Landslide: Every Tree Tells a Story and Opening of Related Photography Exhibition at Aljira Center for Contemporary Art in Newark

TCLF Announces 2010 Landslide: Every Tree Tells a Story and Opening of Related Photography Exhibition at Aljira Center for Contemporary Art in Newark

TCLF Announces 2010 Landslide: Every Tree Tells a Story and Opening of Related Photography Exhibition at Aljira Center for Contemporary Art in Newark
Oct 20, 2010

Washington, DC (October 20, 2010) – The Cultural Landscape Foundation’s (TCLF) 2010 Landslide: Every Tree Tells traveling photography exhibition featuring 25 images of 12 different locations in the US and Puerto Rico, begins at Aljira, a Center for Contemporary Art in Newark, NJ, November 4, 2010 and runs through January 8, 2011. An opening reception will be held November 18, 2010, 6-9 PM. Landslide, first issued in 2003, is TCLF’s annual compendium of significant at-risk parks, gardens, horticultural features, and working landscapes and each year is accompanied by a traveling exhibition of commissioned photography. The 2010 Landslide: Every Tree Tells a Story focuses on the irreplaceable trees and tree groupings, often associated with historically important people and events that have shaped the development of communities and cultures. Russell Hart, executive editor at American Photo magazine, commissioned this year’s photography, and the November/December 2010 edition of American Photo features Landslide site images. Long time supporter Garden Design magazine returns for the 2010 Landslide, The Davey Tree Expert Company joins as Presenting Sponsor and American Forests as a sponsor.

The traveling photography exhibition features sentinel and specimen trees, allées and boulevards, urban forests, formal and vernacular— things that surround us and are living reminders of our heritage. These trees and tree groupings recall our nation’s past and have the potential to bear witness to coming generations. These natural and living features command the same awe and admiration that our culture bestows upon the arts, architecture and design. The 2010 Landslide: Every Tree Tells a Story sites are (alphabetical by location):

Aoyama Tree - Los Angeles, CA
The 60 by 70-foot Moreton Bay Fig tree (Ficus macrophylla) marks the former location of the Koyasan Daishi Mission, one of the city’s oldest and largest Buddhist temples. The tree, nearly 100 years old, stands as a living symbol of the city’s cultural and historical development of Buddhism and the Japanese American community. Photography by Robert Glenn Ketchum.

Arborland Tree Farm - Milliken, CO
This orderly forest inhabited by diverse wildlife is actually a 150-acre tree farm filled with a mixture of shade and ornamental trees and conifers. The farm’s dense canopy is an anomaly in this plains area along the South Platte River. Photography by Jay Dickman.

Tulip Poplar - Tudor Place, Washington, DC
Tudor Place, built in 1805, has a beautiful collection of specimen trees on its 5-½ acre property but there is one in particular that shines brighter than the rest. A tulip poplar (Liriodendron tulipifera), which stands more than 80-feet tall with a diameter of 60 inches, has been present since the founding of Washington, DC as a small port city in the 18th century. Each passing year brings another chance for danger whether it is from shifting weather patterns, changes in urban development, or from environmental effects. Photography by Amy Bedik.

Cummer Oak - Cummer Museum of Art, Jacksonville, FL
In the 1890s, when the Cummer family settled on the banks of the St. Johns River, this Live Oak tree (Quercus virginiana) was already majestic. Since that time, it has grown to 80-feet tall with a 138-foot span and has witnessed the garden’s evolution from O.C. Simonds’ picturesque 1903 gardens to the formal English and Italian gardens designed by Thomas Meehan & Sons, Ellen Shipman, and the gardens’ owner, Ninah Cummer. Photography by Larry Nighswander.

Sycamore Row - Ames, IA
Professor of Horticulture A.T. Erwin planted this linear feature of almost 50 Sycamore trees (Platanus occidentalis) in the early 1900s parallel to the Ames-to-Campus railway at Iowa State University. While the tracks for the old steam engine and electric trolley have since disappeared, the trees continue to mark the historic transportation route used by countless Midwestern pioneers. Photography by David Jordano.

Olmsted Parks and Parkways - Louisville, KY
This system consists of three flagship parks (Cherokee, Shawnee, and Iroquois) and the six parkways that connect them, all designed by Frederick Law Olmsted, Sr. and his sons. For more than three decades, the Olmsted firm shaped the city—18 parks and 14.5 miles of boulevards in all—each designed in deference to natural topographic attributes. Today some 6,000 trees from the Olmsted design era provide the city its mature tree canopy. Photography by Bob Hower.

Commonwealth Avenue Mall - Boston, MA
Initially laid out in Arthur Gilman’s 1850s plan for the Back Bay neighborhood, the original nine-block mall was begun in 1876 and completed in 1881 (with additional sections designed over subsequent decades). The original portion links the Boston Common and Public Garden to Boston’s famed Emerald Necklace and stands as a premiere example of a tree-lined avenue. Photography by James Sheldon.

Boxed Pines - Weymouth Heights, Southern Pines, NC
Hundreds of Longleaf Pine trees (Pinus palustris), scattered throughout the subdivision, are marked with carvings, known as boxes, made by former slaves and their descendants to collect sap for turpentine, pitch, and rosin. In 1904, industrialist James Boyd purchased the land and landscape architect Alfred Yeomans incorporated the old-growth trees into his design for the Weymouth Heights subdivision. Photography by Frank Hunter.

Elms Of East Hampton - East Hampton, NY
Founded in 1648, the village of East Hampton displays one of the nation’s finest small architectural and landscape ensembles. By 1895, its American Elm trees (Ulmus americana) were noted in print and, in 1920, were made famous by a Childe Hassam painting of the village. While disease and insects have threatened the trees, nearly 150 of the specimens continue to form a high, leafy canopy over the village streets. Photography by Garie Waltzer.

Río Piedras Ficuses - San Juan, PR
Three African Cloth-Bark trees (Ficus nekbuda) located along one of Puerto Rico’s busiest thoroughfares are approximately 50-feet tall, with a 20-foot total trunk diameter. Reminiscent of the farmsteads that once inhabited the region, their combined canopy stretches over seven lanes of highway and marks the entry point to Río Piedras and the greater and San Juan metropolitan area. Photography by Juan Pons.

“Each year’s Landslide highlights different aspects of our landscape legacy, with the collective goal of making our living heritage visible,” said Charles A. Birnbaum, TCLF founder and President.

"These aren't just pretty pictures of old trees," says Russell Hart, executive editor at American Photo magazine. "They are important photographers' studies of unique specimens in context, from parklands to roadsides. Each of the 12 trees or groups of trees is seen through the lens of an artist's sensibility, in spectacular prints—and the images are as different as they could be."

About Aljira, a Center for Contemporary Art
Aljira, a Center for Contemporary Art, (www.aljira.org) fosters excellence in the visual arts through exhibitions and educational programs that serve as catalysts for inclusiveness and diversity, promote cross-cultural dialog, and enable us to better understand the time in which we live. Public understanding and support of the visual arts are strengthened through collaboration and community-based educational programming. Aljira seeks out the work of emerging and under-represented artists and brings the work of more established artists to our community. Through the visual arts Aljira bridges racial, cultural and ethnic divides and enriches the lives of individuals.

About American Photo
American Photo (www.AmericanPhotoMag.com) is the essential magazine for everyone who is passionately interested in the art, craft and culture of photography at its highest level. We provide a showcase of inspiring imagery, we tell the stories behind the photographs, and we identify the trends, people, themes, and tools that photography enthusiasts must know about now

Since 1979, Davey has been owned by its employees who take seriously their responsibility to provide horticultural expertise, industry leadership and to serve as responsible stewards of the environment. Davey’s support of The Cultural Landscape Foundation and American Forests demonstrates their dedication to the preservation of trees and the environment for future generations so they can enjoy the aesthetic and social benefits a healthy landscape provides.

About Garden Design
Garden Design (www.gardendesign.com) is the future of the home: a new era in which the boundary between indoors and outdoors is erased, and nature is an integral part of sophisticated design. Every issue is a meeting place for a new generation of professionals and enthusiasts from all over the world who have an intimate connection to the natural environment and a distinctive sense of style. Garden Design looks at the home not as a mere showcase for material things, but as an ever changing expression of the people who live in it.

About American Forests
American Forests (www.americanforests.org) has been an influential voice for the environment since its founding in 1875. Today, the nation’s oldest nonprofit conservation organization works with individuals, communities, and policy makers to protect and restore forest ecosystems around the world. The Global ReLeaf program has planted more than 35 million trees in the last 20 years, and aims to plant 100 million by the year 2020. The National Register of Big Trees, sponsored by The Davey Tree Expert Company, has been the official record of our largest trees since 1940. More information can be found online as well as in the quarterly magazine American Forests and the monthly e-newsletter, Forestbytes.

About The Cultural Landscape Foundation
The 12-year old Cultural Landscape Foundation (www.tclf.org) provides people with the ability to see, understand, and value landscape architecture and its practitioners, in the way many people have learned to do with buildings and their designers. Through its Web site, lectures, outreach, and publishing, TCLF broadens the support and understanding for cultural landscapes nationwide to help safeguard our priceless landscape heritage for future generations. 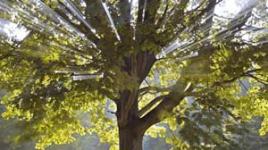 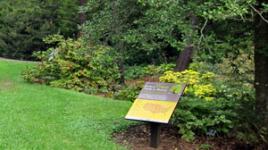 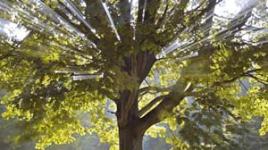 2010: Every Tree Tells a Story
See all related