Washington, DC (September 30, 2015) – The Cultural Landscape Foundation (TCLF) today announces the release of a new Pioneers of American Landscape Design® video oral history with acclaimed landscape architect Nicholas Quennell, which will be formally unveiled this evening at an event in New York City hosted by the New York chapter of the American Society of Landscape Architects. This is the 12th in the award-winning Pioneers series, which TCLF launched in 2003 to document, collect, and preserve first-hand information from pioneering landscape architects/educators. Quennell, in practice for more than 50 years, is esteemed for his work on iconic New York City parks including the Central Park Children’s Zoo and Fort Tryon Park, his innovative collaborations with artists such as Alice Aycock, Barbara Kruger, and Maya Lin, and his role in the civic realm as President of the Art Commission and with other organizations.

The project documents Quennell’s life and career from his formative years in England and travels in Europe discovering art and architecture, to his move to the United States in 1961 and his personal and professional experiences while living in Boston, New York and San Francisco.  The 64-minute oral history is divided into 34 one-to-four minute clips that cover biography, design and built projects. In it he reflects on working in San Francisco with one of the towering practitioners in the field from the last half of the 20th century, Lawrence Halprin (also the subject of a Pioneers oral history); the vibrant environment he encountered while living in New York City’s famous Chelsea Hotel in the 1960s; and the significance of community involvement and public service.  Collectively, the clips not only chronicle Quennell’s life and career, and the establishment of his first firm in 1968, now known as Quennell Rothschild & Partners, they chart the development of landscape architecture’s impact and import in New York City from the 1960s through the administration of Mayor Michael Bloomberg, and provides observations about the future of our shared urban realm.

The goal of this ongoing series, thrice supported with grants from the National Endowment for the Arts, is to make these practitioners’ stories available to future generations of stewards, designers, researchers and heritage travelers. The series format examines each designer’s personal and professional history, their overall design philosophy and how that approach was carried out in their most emblematic projects. Richly edited, the video segments include never before seen archival footage, new photography, and on‐location videography. Past oral history subjects include M. Paul Friedberg, Carol R. Johnson, Cornelia Hahn Oberlander, and James van Sweden. In 2010, the American Society of Landscape Architects presented the series with the highest honor in the Communication's Category, the Award of Excellence.

“Nicholas Quennell is a quiet, yet powerful force in landscape architecture,” said Charles A. Birnbaum, TCLF’s Founder and President. “He is also the embodiment of civic-mindedness, someone who has used his talents for the collective greater good.”

In one of the thirteen recollections that accompanies the oral history, landscape architect M. Paul Friedberg wrote: “Nicholas’ natural elegance, values and skills are a role model to emulate. He represents the profession and what it means to be a professional.”

Videotaping was conducted in Quennell’s Chelsea office in October 2013, and on location at various built works in 2015.  Production is by Gina Angelone, an award-winning filmmaker and Emmy-nominee, who is in her sixth collaboration with TCLF. Angelone has written and directed feature length documentaries - René & I (2005) and It's Better To Jump (2013) – was producer of Bravo’s Inside the Actor’s Studio, produced live Broadway shows for the Disney Channel, and has written, produced and directed television commercials and large-scale media presentations for Fortune 500 corporations. Her first project with TCLF was the documentary Connections: Preserving America's Landscape Legacy, which aired on PBS stations nationwide and for which she was writer, producer and director. Her most recent work with TCLF includes oral histories with Shlomo Aronson, Joe Yamada and Laurie Olin.  Barrett Doherty, TCLF’s visual content manager, did additional videotaping and post-production editing and Brian Cho scored the oral history.

The American Society of Landscape Architects is the Annual Sponsor.

The Cultural Landscape Foundation (TCLF), founded in 1998, is a non-profit foundation that provides people with the ability to see, understand and value landscape architecture, its practitioners, and our shared landscape legacy in the way many people have learned to do with buildings and their designers. Through its website, lectures, outreach and publishing, TCLF broadens the support and understanding for cultural landscapes nationwide to help safeguard our priceless heritage for future generations. TCLF makes a special effort to heighten the awareness of those who impact cultural landscapes, assist groups and organizations working to increase the appreciation and recognition of cultural landscapes, and develop educational tools for young people to better connect them to their cultural landscape environs. 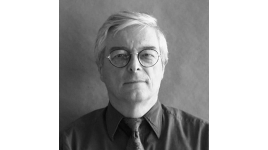