An assemblage of five interconnected outdoor rooms set on distinct terraces that step down to the water's edge, Riverbank Park is a ten-acre linear park situated on the northern and southern banks of the Flint River in downtown Flint, Michigan. Designed in the mid-1970s by Lawrence Halprin & Associates, the park was included in TCLF’s Landslide 2012: Landscape and Patronage, which highlighted the threat posed by the failing Hamilton Dam and the park’s crumbling infrastructure after years of deferred maintenance. 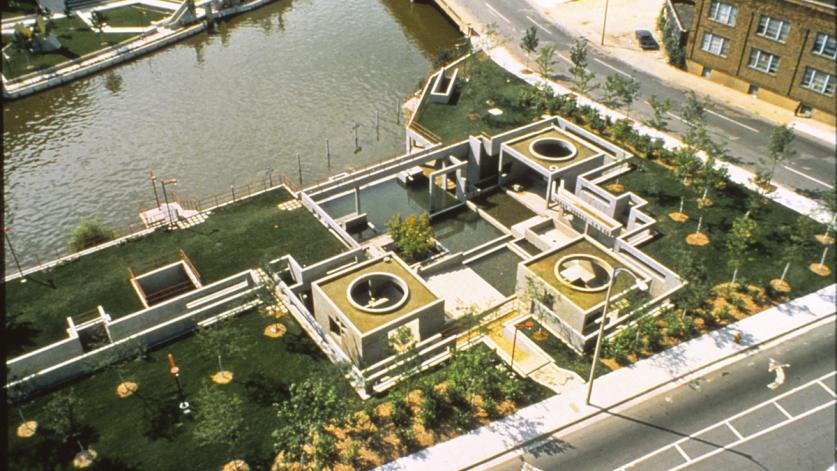 The demolition of parts of Riverbank Park has now begun in accord with the Flint Riverfront Restoration Plan, a study that was completed in 2010. The plan, which has become the roadmap for a $36.8 million project, seeks to rejuvenate the local Flint riverfront through enhanced accessibility and safety while creating recreational opportunities, including kayaking and other uses. 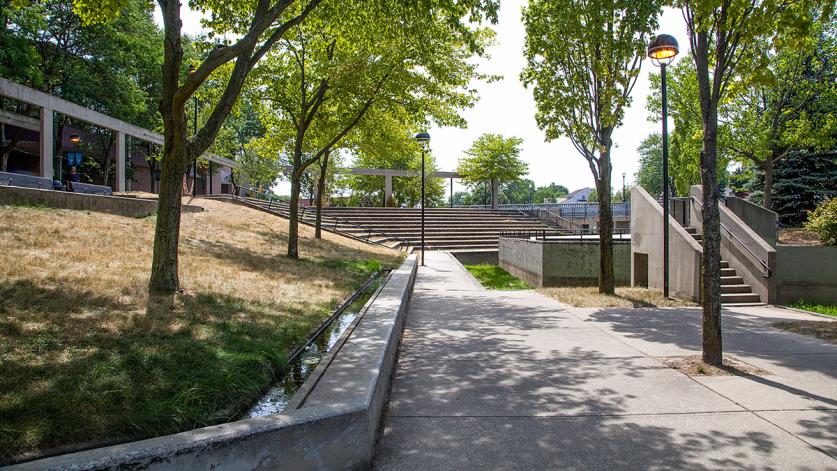 Although the stated approach of the project is to work with the existing design of Riverbank Park, it will nonetheless remove several of the park’s signature canals and walls, replacing them with “naturalized” sloping embankments along the river’s edge in place of the original terraced structures. In 2017 parts of the park’s Amphitheater Block were altered, filling in one of the original channels and removing a walkway, among other work. In March 2018, the northeastern section of the park, which once housed the Archimedes Screw (a mechanism, long since removed, that drew water from the river) was demolished as work began to remove the superstructure of the adjacent 218-foot-wide Hamilton Dam, which was rated “unsatisfactory” by the State of Michigan in 2008. Work will soon begin to remove an inflatable Fabri Dam further downstream. 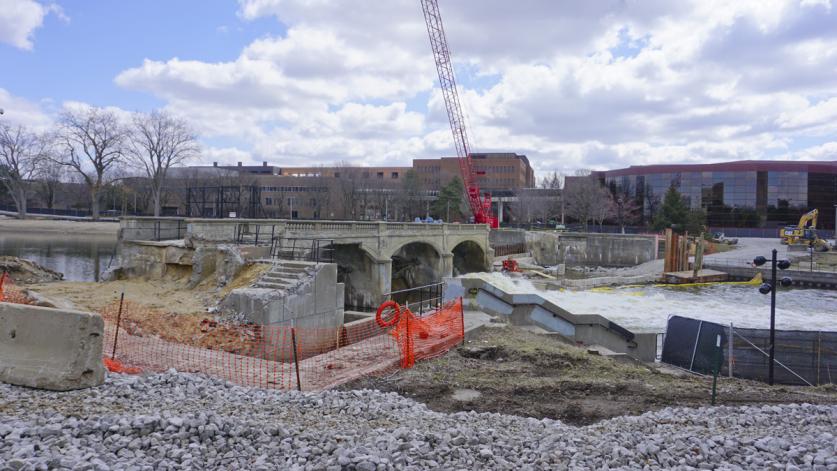 Working in Halprin’s office, Satoru Nashita, John Cropper, and architect Steven Holl all contributed to the design of Riverbank Park, which was the embodiment of the concept of “landscape-as-infrastructure,” its pools, canals, and water features designed to aid in flood-control measures in compliance with the U.S. Army Corps of Engineers. The park won an Honor Award in Parks and Recreation Planning from the American Society of Landscape Architects in 1982. 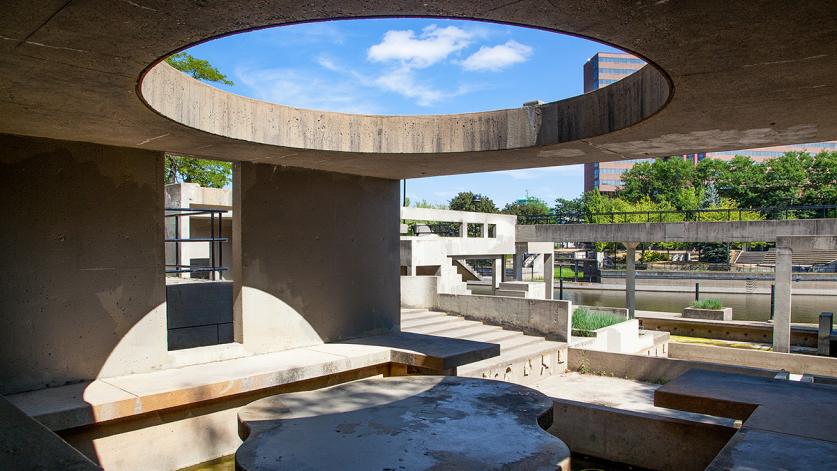 Since the 2012 Landslide listing, the esteem and recognition for the work of Halprin and his firm has only increased. Park Central Square, in Springfield, Missouri, was listed in the National Register of Historic Places in 2010, as was Heritage Park Plaza, in Fort Worth, Texas. The four parks that comprise the Portland Open Space Sequence—another Halprin masterpiece—were listed in 2013 and are now being managed by the Halprin Landscape Conservancy, which has proved a model for guiding sound stewardship practices that balance change and original design intent. Likewise, Freeway Park in Seattle will soon be listed in the National Register of Historic Places, as improvements to the park’s infrastructure move forward while respecting the original design. One laudable example of an update to an aging riverfront park is Point State Park in Pittsburgh, Pennsylvania, where an adaptive reuse plan by Pressley Associates increased access throughout the park and to the waterfront while embracing the landscape's heritage and the original design intent of landscape architect Ralph Griswold. The innovative Riverbank Park, a National Register-eligible design by Lawrence Halprin & Associates, deserves the same treatment—before it is too late. 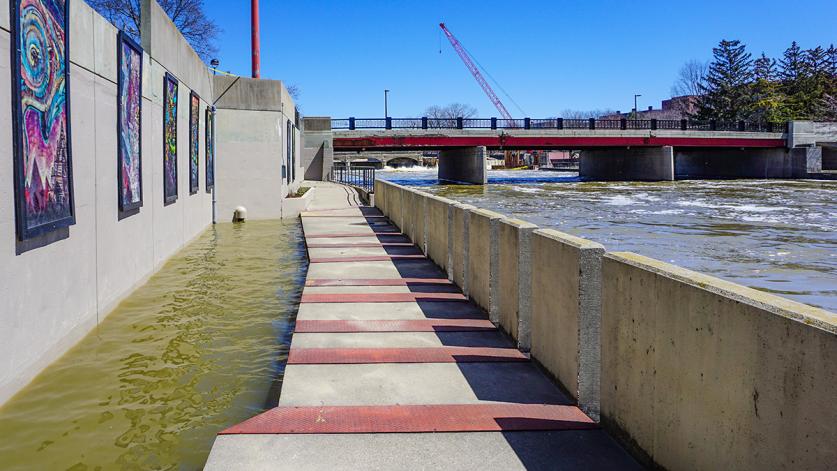 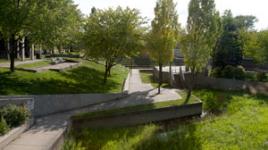 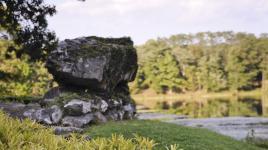