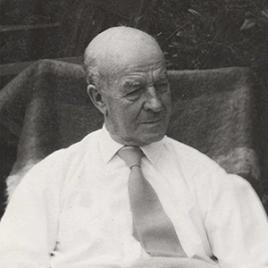 Sudell was born near Preston in Lancashire, northern England. At the age of fourteen he left school to apprentice as a gardener at The Larches, Ashton-on-Ribble, Preston, where he spent six years working under the supervision of John Bradshaw. In his spare time, Sudell studied at the Harris Institute in Preston, receiving Board of Education certifications in botany, chemistry, and geology. From 1912 to 1914 he worked for William Addison & Co., a garden-contracting firm in Lancashire. He then relocated to London, accepting a position as a gardener at the Royal Botanic Gardens, Kew, but by 1919 had established his own practice as a horticultural consultant.

Sudell was instrumental in founding the Institute of Landscape Architects in 1929 and was one of the organization’s nine original Fellows. He partnered with Marjory Allen (Lady Allen of Hurtwood) to create the roof garden for Selfridges Department Store, opened to the public in 1930 on Oxford Street in London but destroyed during World War II. He designed the gardens and landscape for the Modernist headquarters of the de Havilland Aviation Company at Hatfield in 1934, and in 1936 he designed the formal gardens in the expansive courtyard of the Dolphin Square apartment complex in London’s Pimlico neighborhood. He later became involved with designing memorial landscapes, including the City of London cemetery and crematorium near Manor Park, London, and eventually specialized in sports facilities, pavilions, and playgrounds.

Sudell authored numerous books on gardening, including Landscape Gardening, published in 1933 and aimed at a popular audience. From 1934 to 1939 he edited the ILA’s journal Landscape and Garden, also serving as editor of the garden section of the Daily Herald newspaper and as garden editor for Ideal Home magazine and other publications. He died on November 18, 1968, in Kuwait, seeking the prospect of new work.