Just over a mile south of Nashville’s downtown with its trendy restaurants and fast growing skyline is Fort Negley Park, an urban greenspace that occupies the Civil War site of “Fort Negley.” While the fort is significant in military history as the largest inland masonry fortification built during the Civil War, this city-owned park contains other important historic, cultural and natural landscape features that connect to virtually every era of Nashville’s past. 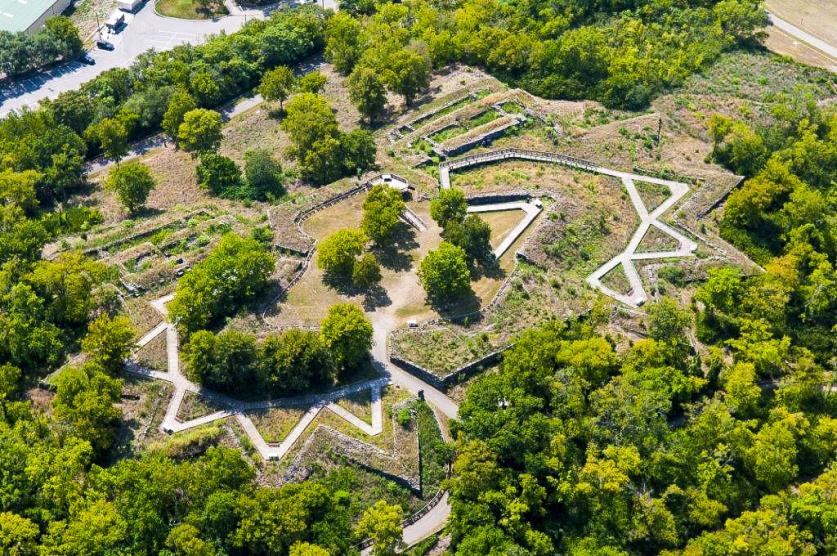 Most of the 55 acres in Fort Negley Park once belonged to Judge John Overton, one of Tennessee’s most prominent early citizens, who began acquiring the land between 1805 and 1828. Overton’s tract, which featured a rocky prominence known locally as “Saint Cloud Hill,” remained undeveloped until the Civil War when the Union Army occupied Nashville in 1862 and seized the land to fortify the city.

Constructed of white limestone on the crest of Saint Cloud Hill, Fort Negley was the crown jewel of the federal fortifications and entrenchments that ringed the city. Federal troop encampments sprawled towards the city on the slope north of the fort while Negley’s large guns protected the railroad and approaches to the south.  To build these defensive works, the army “impressed” African Americans who were either being held as slaves or had fled from enslavement to the protective lee of Union lines.

Thousands of these self-emancipated individuals aggregated near Federal encampments in refugee, or “contraband,” camps overseen by the army. Nashville had several contraband camps, including one near Fort Negley that developed into a sizeable post-war African American residential neighborhood in South Nashville.

In the early twentieth century, Civil War commemorative efforts inspired three unsuccessful attempts to establish a National Battlefield Park at the site of Fort Negley in remembrance of the 1864 Battle of Nashville. In 1928, Nashville’s Parks Board purchased Judge Overton’s Saint Cloud Hill tract from his heirs with the intent of restoring the fort “as it was during the Civil War and make of the land a public park.” In 1935, the Board applied for Works Progress Administration (WPA) funding to develop the land into “a decided addition to the park system of the City of Nashville besides adding an excellent historical point of interest for tourists.”

By 1941, relief workers had transformed nearly 50 acres passed down through Judge Overton’s family into a multi-use public recreation facility that included the restored fort and stockade, a sports complex with four softball fields, a hard ball field that was also used as a boxing ring, stone bleachers and a comfort station, open greenspace, and hundreds of feet of limestone walls.

By the beginning of World War II, the restored fort’s wooden stockade had deteriorated and the fort was closed to the public. However, softball games continued to be held at the WPA-built diamonds (many Nashvillians still have fond memories of playing or attending ball games at Fort Negley Park). In the late 1970s, the Nashville Sounds baseball team leased the ball field section of Fort Negley Park and built Greer Stadium and parking lots on the site.

Fort Negley, which was listed in the National Register of Historic Places in 1975, is Nashville’s only intact Civil War era fort.  Fort Negley Park was designated a local Historic Landmark District in 2005. 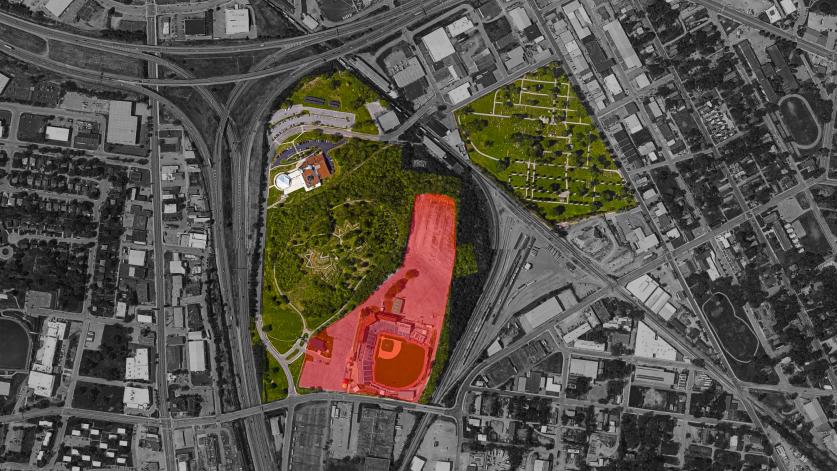 The city’s Fort Negley Master Plan (1996) focused on re-opening the fort to public visitation and stabilizing its WPA-era dry-stacked masonry walls. Since publication of the Master Plan, archaeological and historical research has identified additional cultural and natural landscape features that connect to virtually every era of Nashville’s past.

On the northeast edge of the park is the vestige of what appears to be an old roadbed. Historic maps suggest that this is a section of the lane that led into the city’s first Catholic Cemetery, built before 1850. Though barely visible, this unique cultural landscape feature is a tangible connection to Nashville’s early nineteenth century Irish and German immigration story. Prior to the Civil War, the cemetery was relocated to make way for construction of one of Nashville’s early railroads. Vinca and daffodils still mark the old cemetery location, and the railroad corridor, which can be seen from many areas in the park, serves as a reminder of Nashville’s growth and industrialization.

On the hillside north and east of the fort, archaeologists found evidence of federal encampments and a portion of a federal entrenchment. North of the entrenchment, along the park’s northern boundary, are trace outlines of fence rows and foundations from the African American neighborhood that developed near the fort after the Civil War. These lot lines also connect to Nashville’s urban renewal and Civil Rights era since a considerable amount of land in this neighborhood was taken in the 1960s for construction of an interstate highway and interchange. 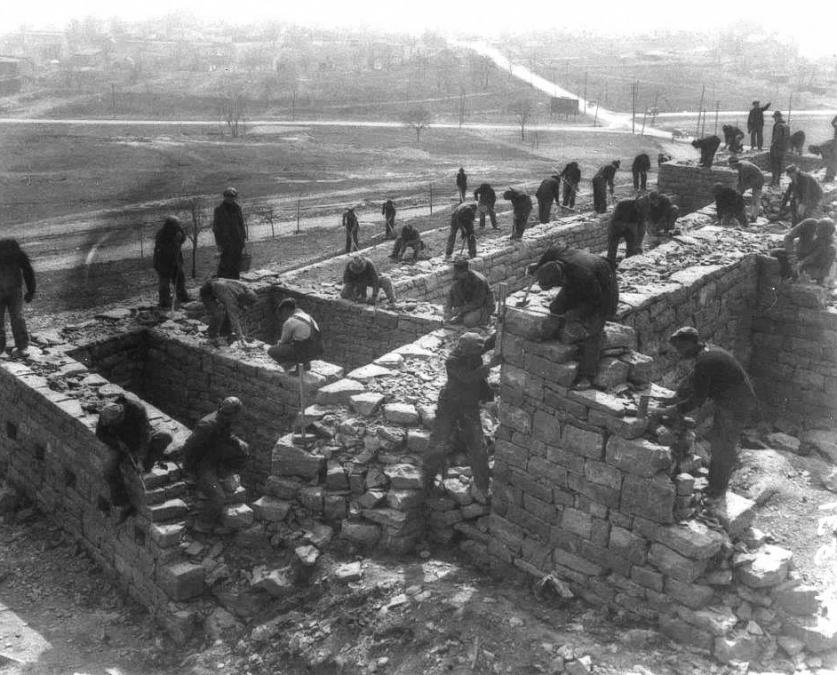 A significant amount of WPA-built stonework, a hallmark of Nashville’s New Deal cultural landscape, also remains in Fort Negley Park. Workers quarried the limestone on-site, mining the hillside and exposing a large stratum of 500 million year old fossil coral. A multi-tiered limestone retaining wall east of the old Sounds’ stadium is a testament to how the WPA engineered level ball diamonds on a hilly slope. Stone walls and gates that can be glimpsed around the stadium’s perimeter mark the vehicular entrance to the New Deal sports complex, and a segment of the stone bleachers that the WPA created by cutting into the slope still exist in a sliver of trees in the parking lot. Moreover, archaeological remains of the old ball diamonds likely exist under the stadium and playing field.

In January 2017 the Nashville Mayor's office released an RFQ for the development of the 18.2-acre Greer Stadium property, which is a part of Fort Negley Park. The RFQ calls for a 21-acre site, which means three acres of parkland will be confiscated, and stipulates plans should include residential, retail and commercial space.  It’s unclear what the scale and mass of the new development would be, though park advocates have raised concerns about increased vehicular traffic and impacts on significant view sheds, along with damage to archaeological and cultural artifacts.  Some Negley Park supporters are advocating for the Greer Stadium complex to be returned to park use, which would be consistent with the Nashville Park Board’s original intent expressed in 1928 when the Overton property was purchased: “to make of the land a public park.”

What you can do

Concerned citizens are encouraged to contact the Metropolitan Board of Parks and Recreation Chairperson George Anderson, and cc the other Board members; Councilman Colby Sledge; and Debbie Dale Mason, Chief of Staff for Nashville Mayor Megan Barry: 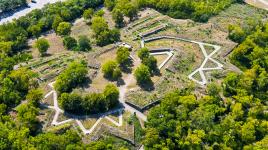 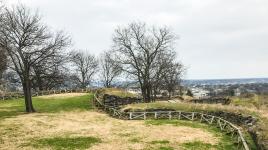 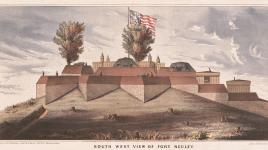