From public art to waterfront developments and urban planning, landscape architecture in 2018 provided a bold vision for our shared built environment. Some works from the postwar era were recognised with important designations, while others were successfully renewed with respect and sensitivity.

A bevy of projects – some backed by the extraordinary generosity of philanthropists – demonstrated the profession's ability to be both definitive and transformative in addressing social, environmental, and economic issues. 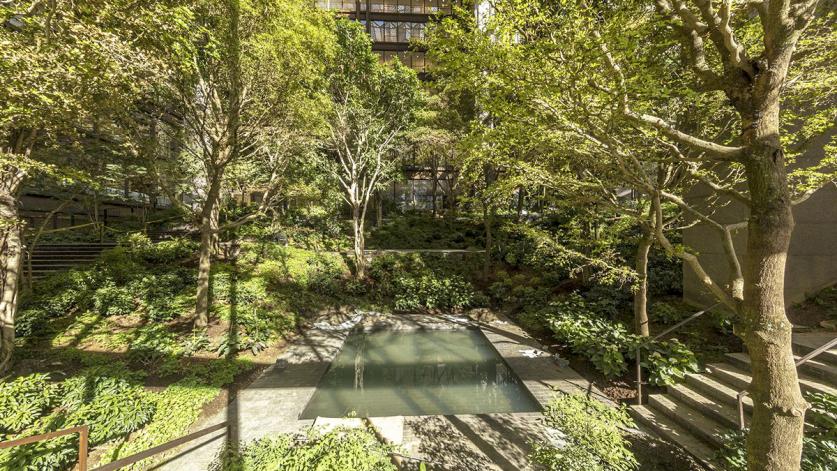 This blurring was evident in two significant works by the pioneering modernist landscape architect Dan Kiley, which were successfully revamped with exemplary attention paid to Kiley's original design intent. Here, the historic preservation/design divide was expertly straddled and seamlessly interwoven.

The Ford Foundation Atrium in New York City was renovated, boldly, by Raymond Jungles; and Michael Van Valkenburgh Associates re-imagined the Jefferson National Expansion Memorial (AKA the Gateway Arch) in St Louis, managing to honour both the iconic arch and the 91-acre (37-hectare) Kiley landscape in the process.

In light of these two ambitious and apt undertakings, the proposed demolition of Kiley's work at Milwaukee's Marcus Center for the Performing Arts, including its Tuileries-inspired grove of 36 horse chestnut trees, is very disappointing.

In New York City's Central Park, the Billy Johnson Playground, originally designed in the mid-1980s by M Paul Friedberg, has just reopened and is "better than ever" (according to Time Out New York) thanks to the work of the Central Park Conservancy. The conservancy, which consulted with Friedberg in its rehabilitation efforts, is the gold standard for public-private partnerships, and this recent work represents a new commitment to playgrounds as historic resources.

Taken together, these projects ably demonstrate how something truly excellent can be achieved by embracing the landscape's palimpsest and by looking back before moving forward.

Also worth celebrating is the groundbreaking recognition bestowed on Santa Monica's postmodernist Carousel Park, which this year became the youngest site on the city's extensive list of local Landmarks. Notably, this important designation was bestowed after the park was threatened with demolition. Designed in the mid-1980s by the architectural firm Moore Ruble Yudell, and landscape architects Campbell & Campbell, the park is frequently credited with contributing to the renaissance of the Santa Monica Pier in the late 1980s.

Back on the East Coast, Manhattan's Greenacre Park became the first modernist vest-pocket park to be added to the National Register of Historic Places. Designed by Sasaki, Dawson, DeMay Associates (with Masao Kinoshita as lead designer) and opened in 1971, the beloved park is the size of a tennis court yet hosts more than 200,000 visitors each year. 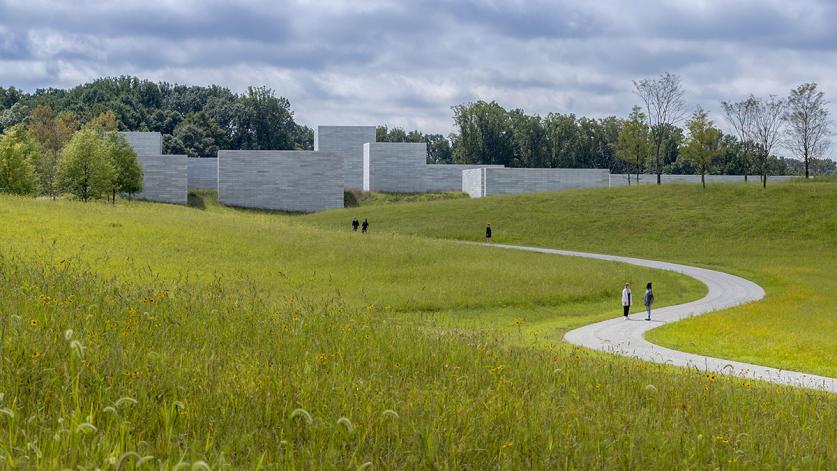 As for new projects, there were some that truly captivated with their melding of landscape architecture, art, and architecture. In Potomac, Maryland (outside of Washington DC), the expansion at Glenstone – a private museum of top-tier modern and contemporary art owned by Mitchell and Emily Rales – opened to great acclaim.

And arguably the largest work of art in the collection is the 230-acre (93-hectare) campus by PWP Landscape Architecture, a carefully sculpted landscape that demonstrates a refined understanding of visual and spatial relationships. Into this setting are placed the new pavilions by Thomas Phifer and Partners, and sculpture by Richard Serra, Jeff Koons, and others. 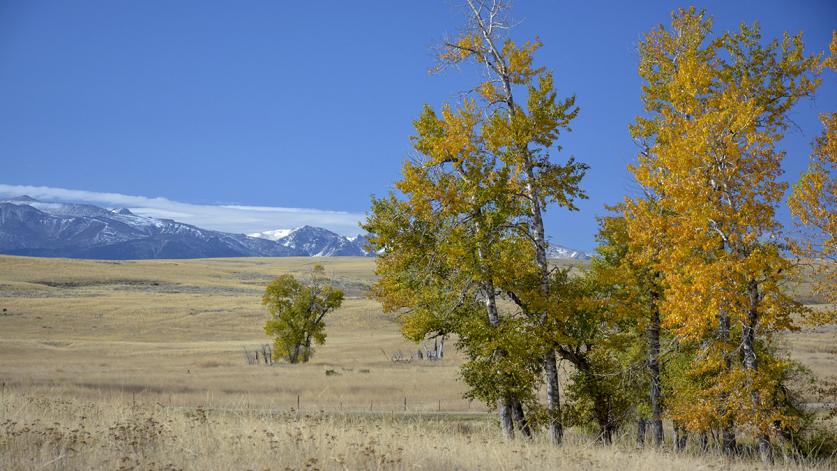 Judges lauded the project for honouring "the client's strong commitment to the arts, land stewardship, resource conservation, and natural beauty" and by shaping "the terrain into a place for visitors to inhabit, while maintaining the sense of wildness and wonder". 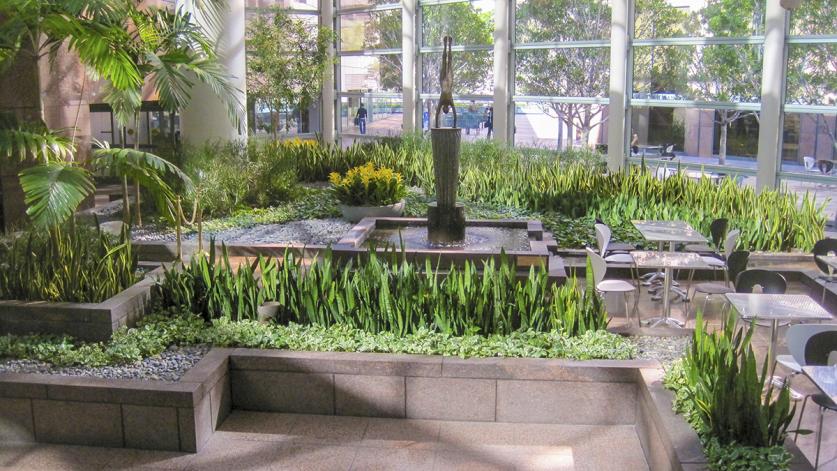 Meanwhile, the work of landscape architect Lawrence Halprin is being honoured in the new San Francisco Museum of Modern Art exhibition The Sea Ranch: Architecture, Environment and Idealism. Sadly and ironically, this comes at the same time that his work on the Haas Promenade in Jerusalem is at risk of being diminished, while his Bunker Hill Steps in Los Angeles was rudely altered, and his Wells Fargo Atrium, also in LA, was outright destroyed.

Also notable in 2018 were the bold gestures of private philanthropists who helped create daring new public parks. Although the personal or corporate motivations may differ, civic gestures are realised today, as in the past, when there is economic prosperity in the city.

Of the 66.5-acre (27-hectare), $465 million Gathering Place designed by MVVA in Tulsa, Oklahoma, the New York Times reported: "The Olmsted-style transformation" of a "flat, ho-hum stretch of land overlooking the Arkansas River", funded by George B Kaiser, is "one of the largest and most ambitious public parks ever created with private funds".

This is a new era for philanthropy in which landscape architecture has a starring role.

In Houston, Rich and Nancy Kinder and the Kinder Foundation pledged $70 million for the restoration of Memorial Park, which comes in addition to the more than $100 million they've donated for Discovery Green, Buffalo Bayou Park, and other projects in that city.

Another ambitious public-private partnership, this time in Dallas, would see the creation of the 200-acre park between the Trinity River levees. The park would be named after Harold Simmons thanks to a $50 million gift from his widow, Annette, toward the estimated $200 million cost of the project. In this new era for philanthropy, landscape architecture has a starring role to play in bold civic gestures.

The transformative impact of landscape architecture continued apace with waterfront reclamation efforts in New York City, including Domino Park in Williamsburg (by James Corner Field Operations), a six-acre site on the East River that incorporates extant remnants of the 1880s Domino Sugar Factory (once the world's largest such refinery) into the landscape.

Upriver, the second phase of Hunter's Point South was completed by SWA/Balsley and Weiss/Manfredi), while Toronto marked the first full year of operation of LANDInc's Trillium Park and William G Davis Trail – once more than seven acres of surface parking. All three are a resounding success. 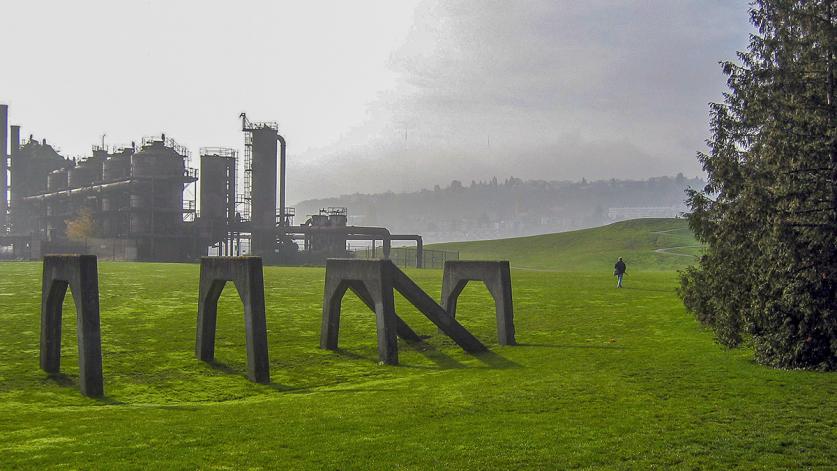 Sadly, the profession lost several significant practitioners this year. But by looking to these greats for inspiration, we can see ways forward. For example, Richard Haag's Gas Works Park (1975) ushered in the idea that landscape architects can resurrect and heal abandoned, even toxic, sites.

Shlomo Aronson also passed away. The so-called "Olmsted of Israel", he studied and subsequently worked with Lawrence Halprin before establishing a profoundly important practice in Israel. Aronson was instrumental in transforming an ancient land into a modern nation, and in the process, established landscape architecture's primacy and popularity in shaping the country.

Also Susan Child, who worked in concert with artist Mary Miss to create the multi-level waterfront South Cove at Battery Park in New York City (1987), seamlessly blurred the lines between art and landscape architecture. They thereby produced a vertically layered space that changed how we experience the water's edge.

In 2019, I expect landscape architects to continue to change the playbook, expand the field, and blur the lines. This will be essential if the profession is to be proactive, bold, and impactful in its efforts to address the most pressing problems we face.

NOTE: This piece by TCLF's Charles Birnbaum first appeared in Dezeen on December 14, 2018.