All events will be subject to local guidelines on gatherings, including social distancing, wearing face coverings, and stay-at-home orders. Attendance is limited, not only to maximize the safety of those attending but to promote an intimate learning experience. If this event needs to be postponed to comply with local ordinances, registrants will be notified directly.

Located in the wooded terrain of Greenwich, CT, is the Slice House, a two-acre site re-imagined from the rocky ground up. The property was occupied by an older residence that the homeowner chose to remove in favor of a new construction to better suit their family.  Extreme variation in elevations across the property combined with an abundance of challenging, yet beautiful natural resources created an exciting opportunity for the design team, Joeb Moore & Partners and Kathryn Herman Design, to create an engaging and dynamic experience in the landscape while integrating a new contemporary home with the native character of the land. 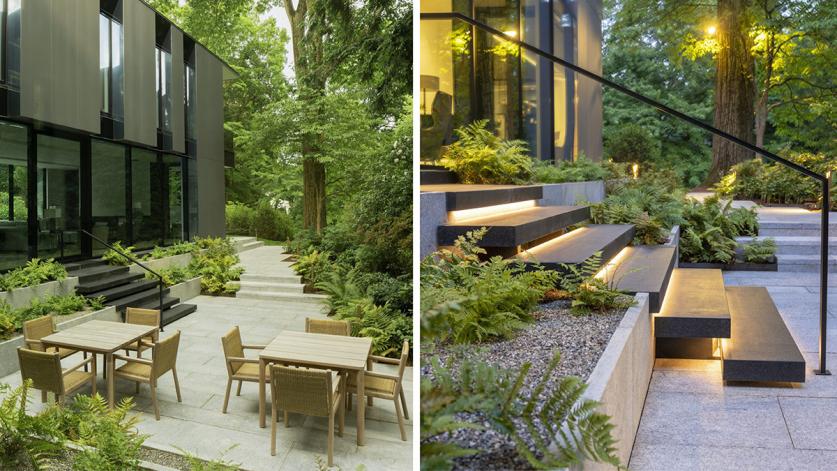 A driving force of the design was to respect as many of the existing mature trees on site as possible, such as an incredibly large oak and a triple trunk hemlock – a particular favorite of the family.  Other challenges included dramatically sloping topography leaving minimal level area to accommodate the house and pool, an abundance of stone outcropping, and wetlands that surround half the property.  Working closely with the architectural team in siting the house to preserve and incorporate these existing natural features while reducing the envelope of disturbance was imperative.  The main wing of the home was oriented parallel to the natural slope of the land – maintaining the existing higher grade on one side and lower on the other. The large glass walls of the contemporary house provided for a comprehensive dialogue between the interior and the exterior environments, allowing for unencumbered views of the terraced garden spaces, long slender pool, native plantings, and existing woodlands beyond. 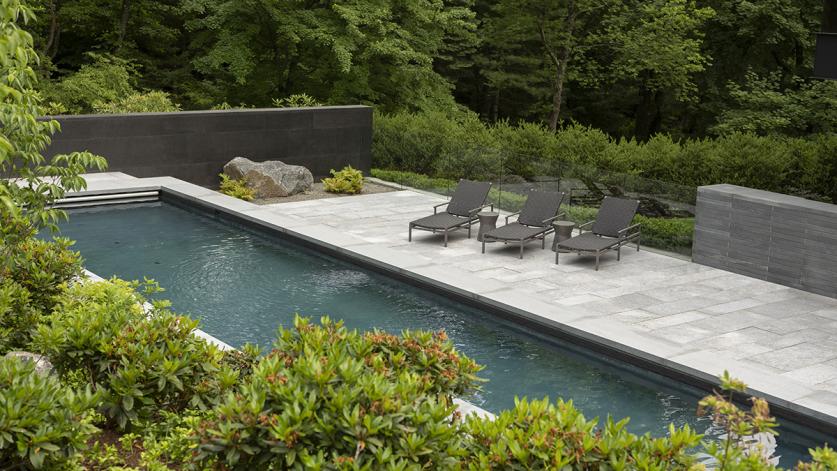 A T-shaped design creates three distinct outdoor spaces: an arrival court to the north, a pool and entertaining terrace bermed between the house and a high knoll at the east, and a stepped dining terrace perched above a rocky slope to the west looking towards a reservoir.

The house itself is organized into three wings: formal living, informal living and support spaces, anchored to the site by a masonry wall. The void space between these three wings utilizes light and reflection to connect vertically between each story of the house as well as laterally to each wing and to the landscape beyond. Apertures function as gaps or slices to reinforce the transition between the three wings of the house. Windows and openings are lined with reflective metal panels that bounce light and landscape views into the interior spaces, while indexing the surrounding temporal environment on the building facade. 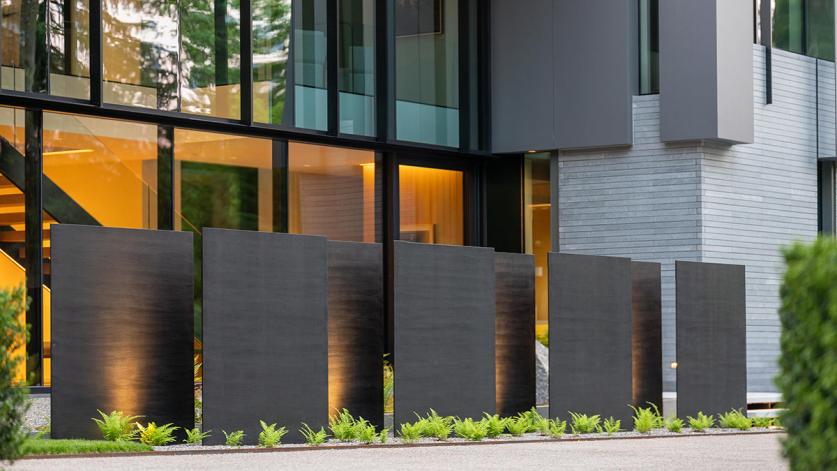 1.5 LA CES™ professional development hours will be available to attendees.

Cancellations and Refunds will be granted according to the following schedule:

No refunds will be made for “No Shows” (a person who registers for a program but who does not cancel registration or attend the program).

Refunds will be processed as they are received or after the conclusion of the program, depending on the program date and when cancellation occurs. Refunds may take five (5) to seven (7) business days to process.