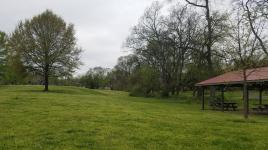 Opened on July 4, 1912, this 30-acre park northwest of downtown Nashville was the first in the city, and among the earliest parks anywhere in the United States, to be “set aside for the exclusive use of colored people” by muinicipal authorities. Although the park was named by Eugene Lewis, then the director of the Nashville Parks and Recreation Department, the person for whom it was named remains a contentious question, with some accounts citing the repentant slave owner John L. Hadley, while others point to Dr. W.A. Hadley, a prominent Africa American physician with whom Lewis worked on the planning of the Tennessee Centennial Exposition of 1897. The parkland occupies the site of the former Hadley’s plantation, and the main house, from whose porch Frederick Douglass purportedly delivered an address in 1873, stood within the park until 1948. In the 1930s, stone columns bearing the names of African American soldiers, from Davidson County, fallen in World War I were erected at the park’s main entrance, on 28th Street. By 1947 a swimming pool (in-filled in the 2000s) and a bandshell had been added, and in 1949 a new community building was dedicated. Situated between Fisk University and Tennessee State University, two historically African American institutions, the L-shaped park is shaded by large-canopy trees, including hickory, ash, and elm, which dot the gently rolling terrain. Located within the southern portion of the grounds are picnic shelters, two baseball diamonds, a playground, and open, grassy fields, all encircled by a paved walking trail that meanders just within the perimeter of rectilinear streets. The northern section of the park contains the bandshell and is home to the Hadley Park Community Center, fronted by a U-shaped parking area. Farther north is the Hadley Park Tennis Center, opened in 2018, with nine outdoor hard courts and four indoor courts laid out in grid-like fashion. 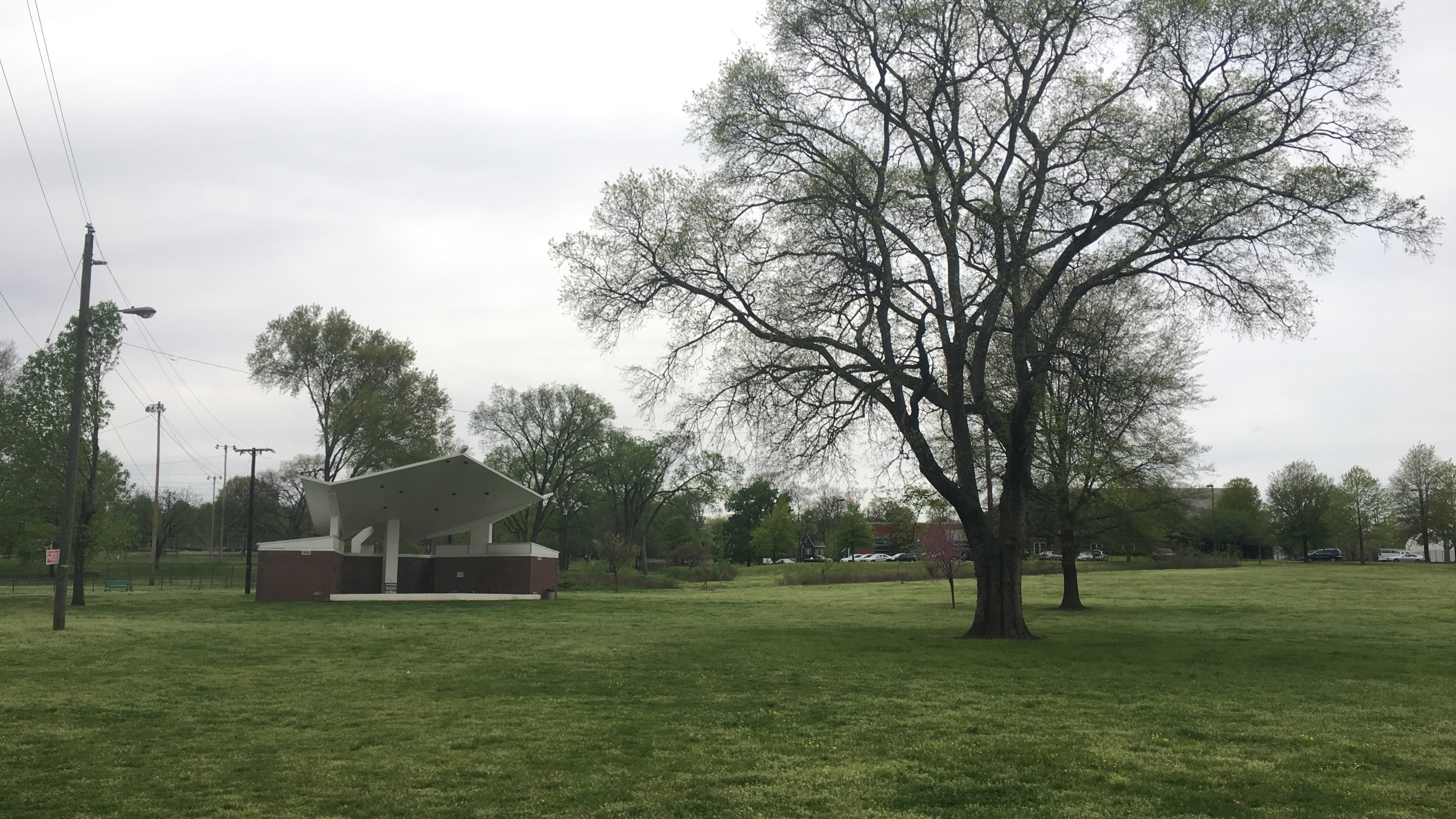 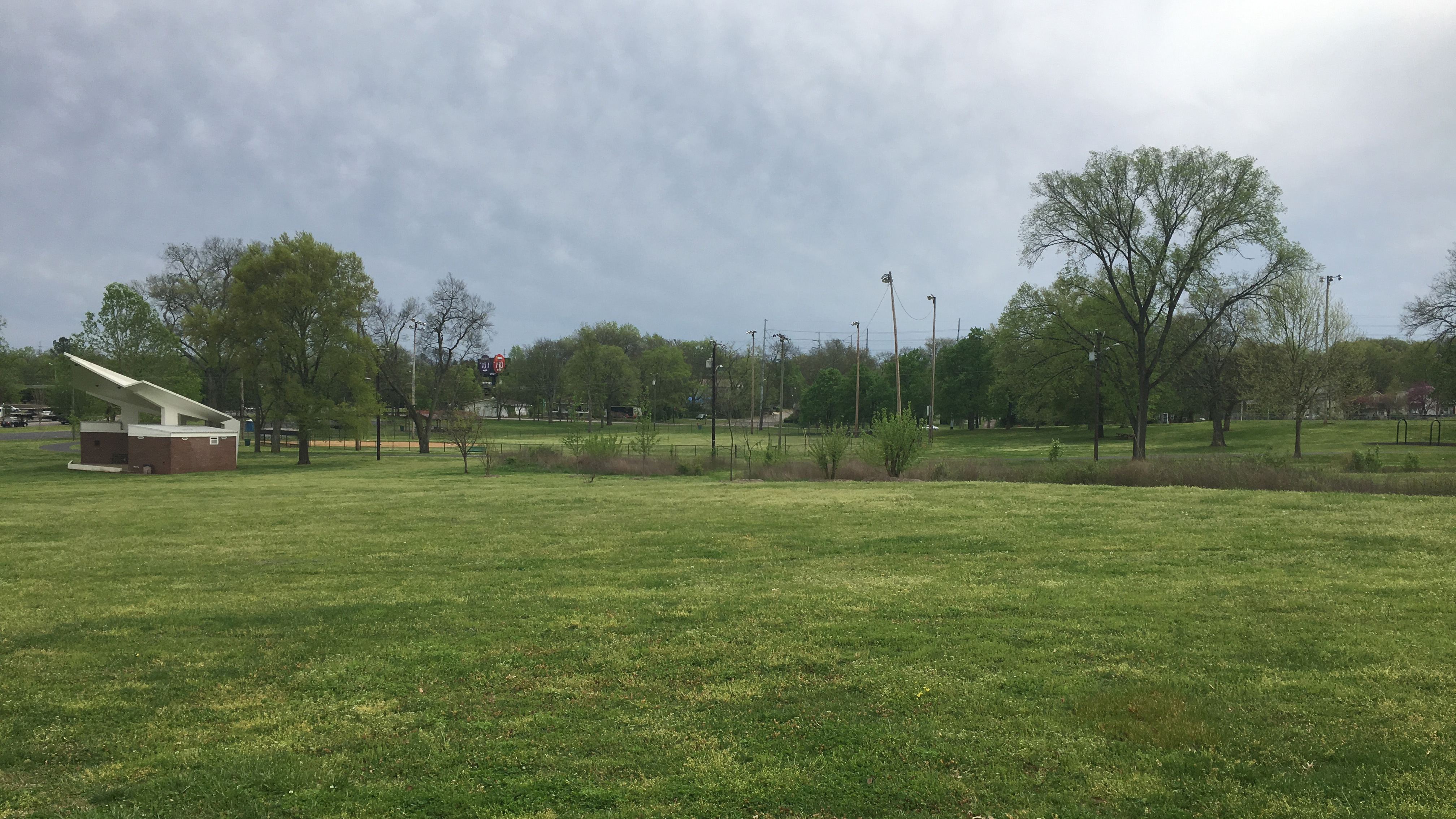 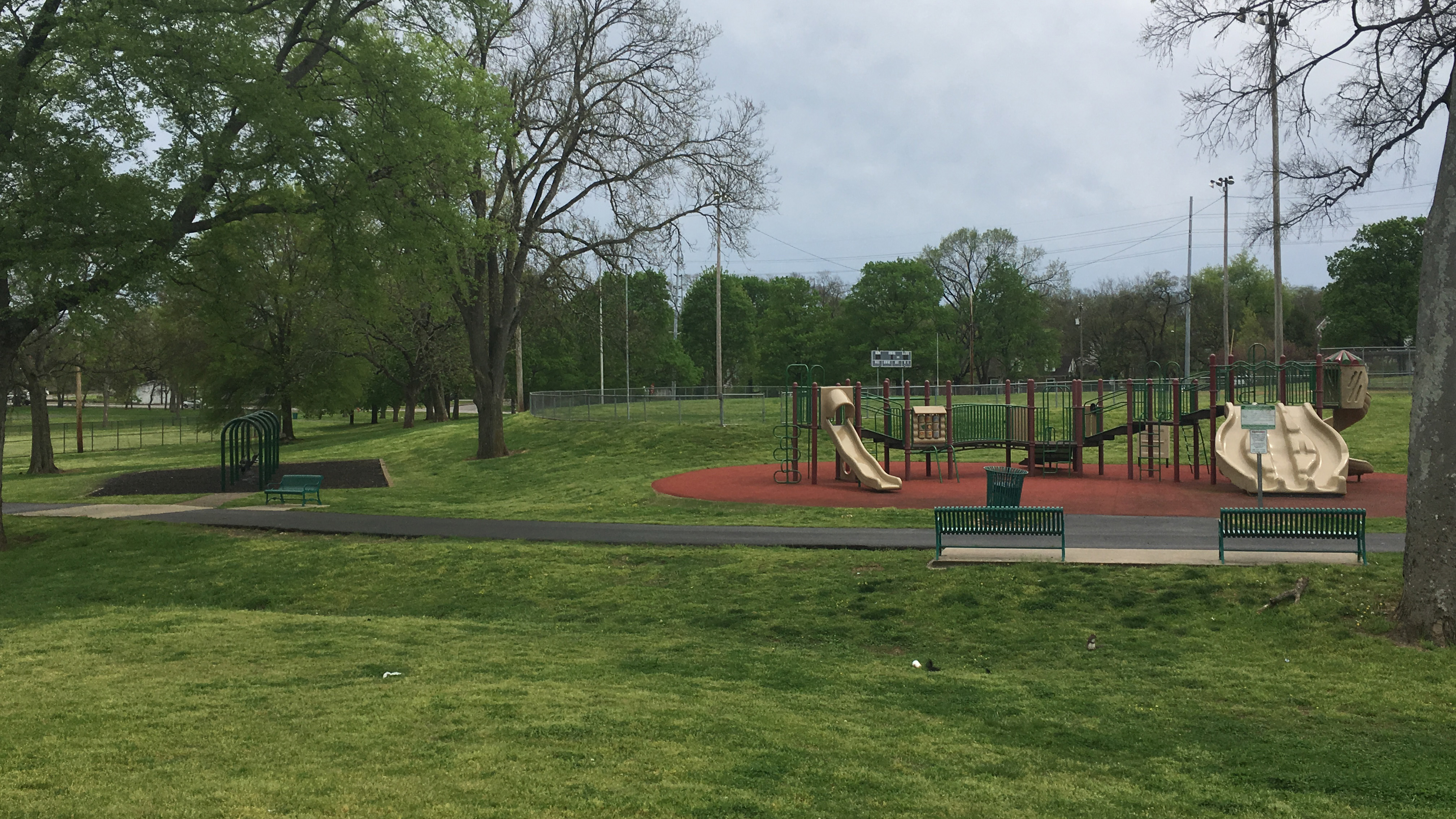 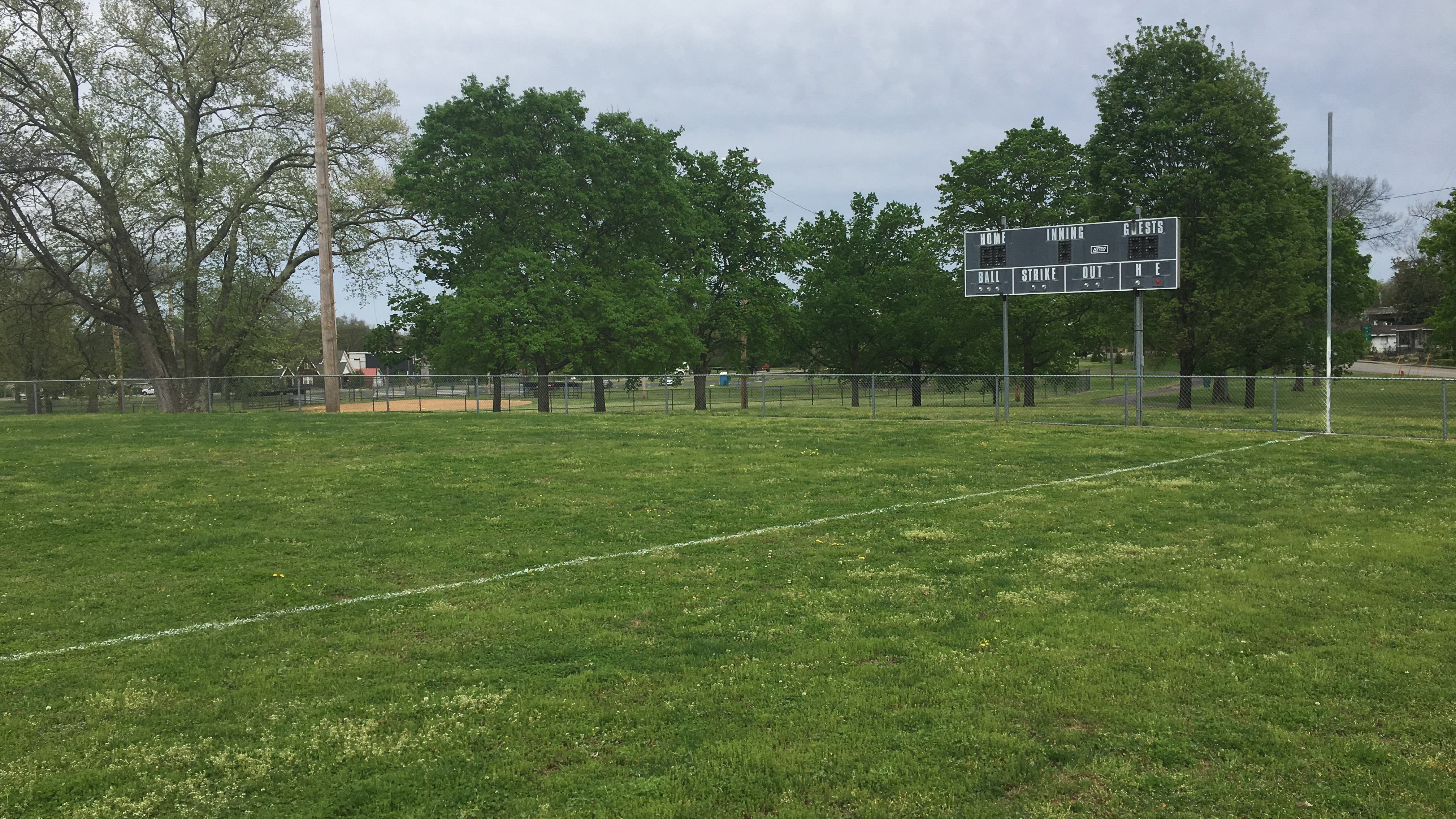 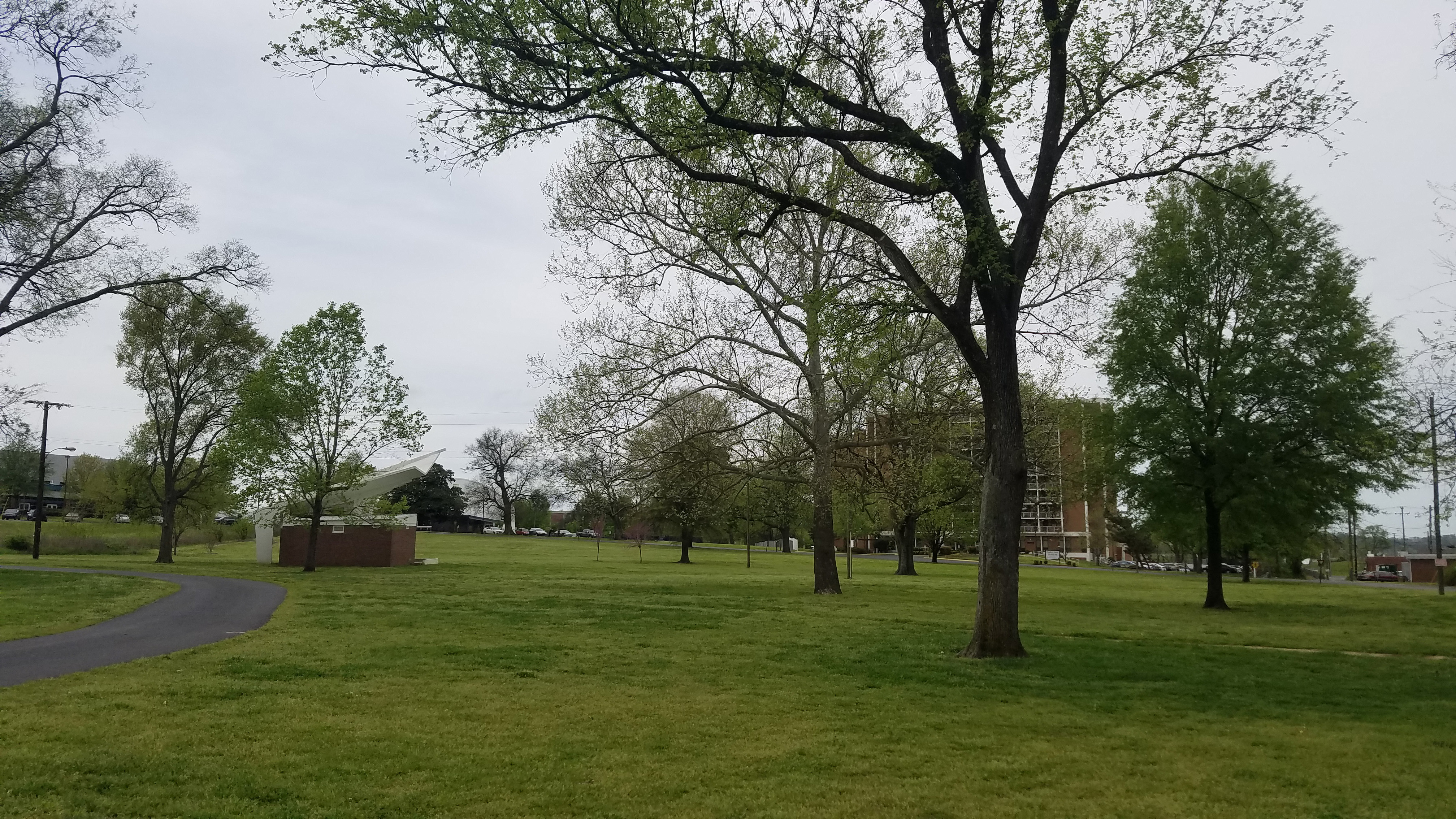 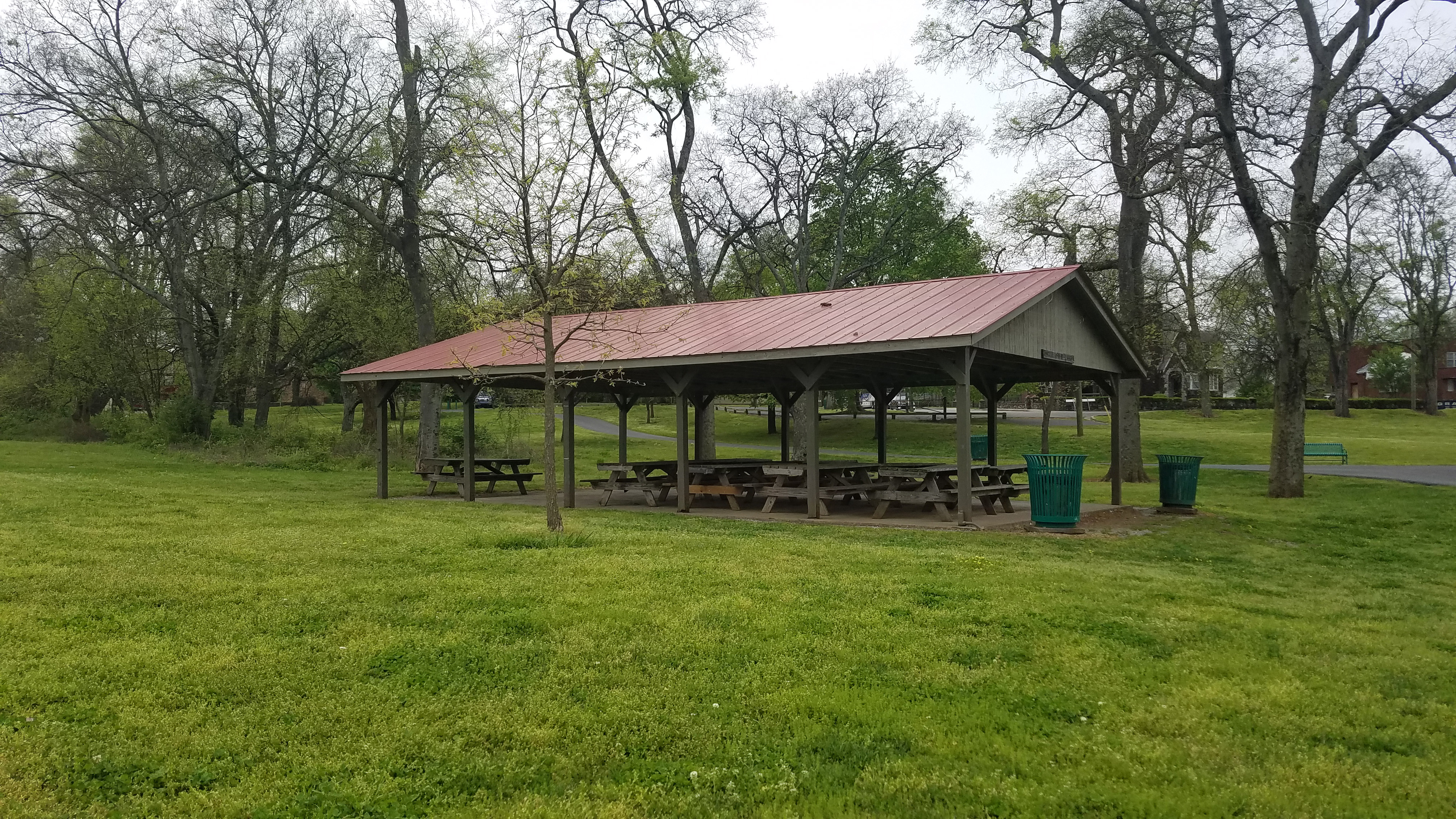 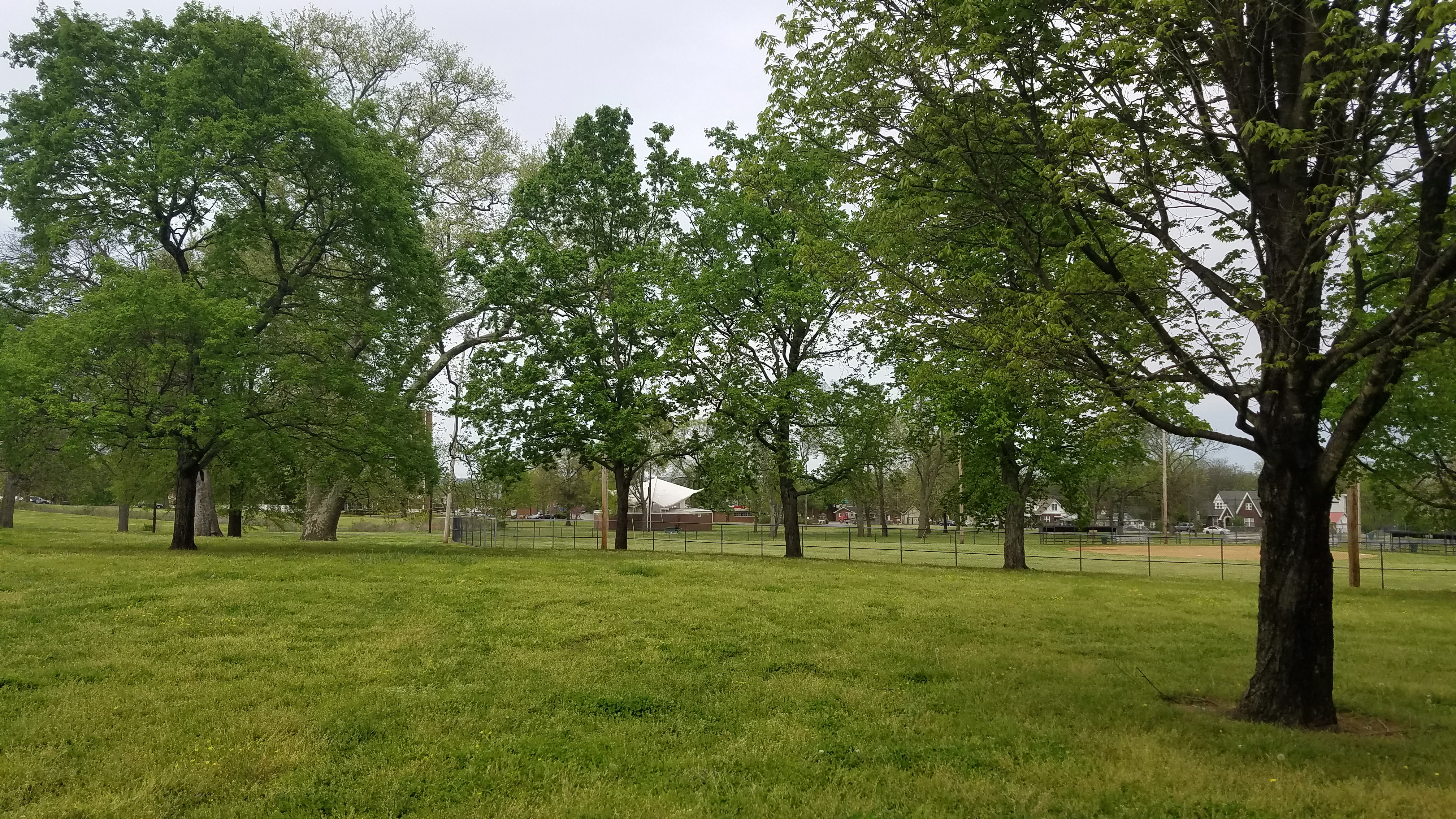 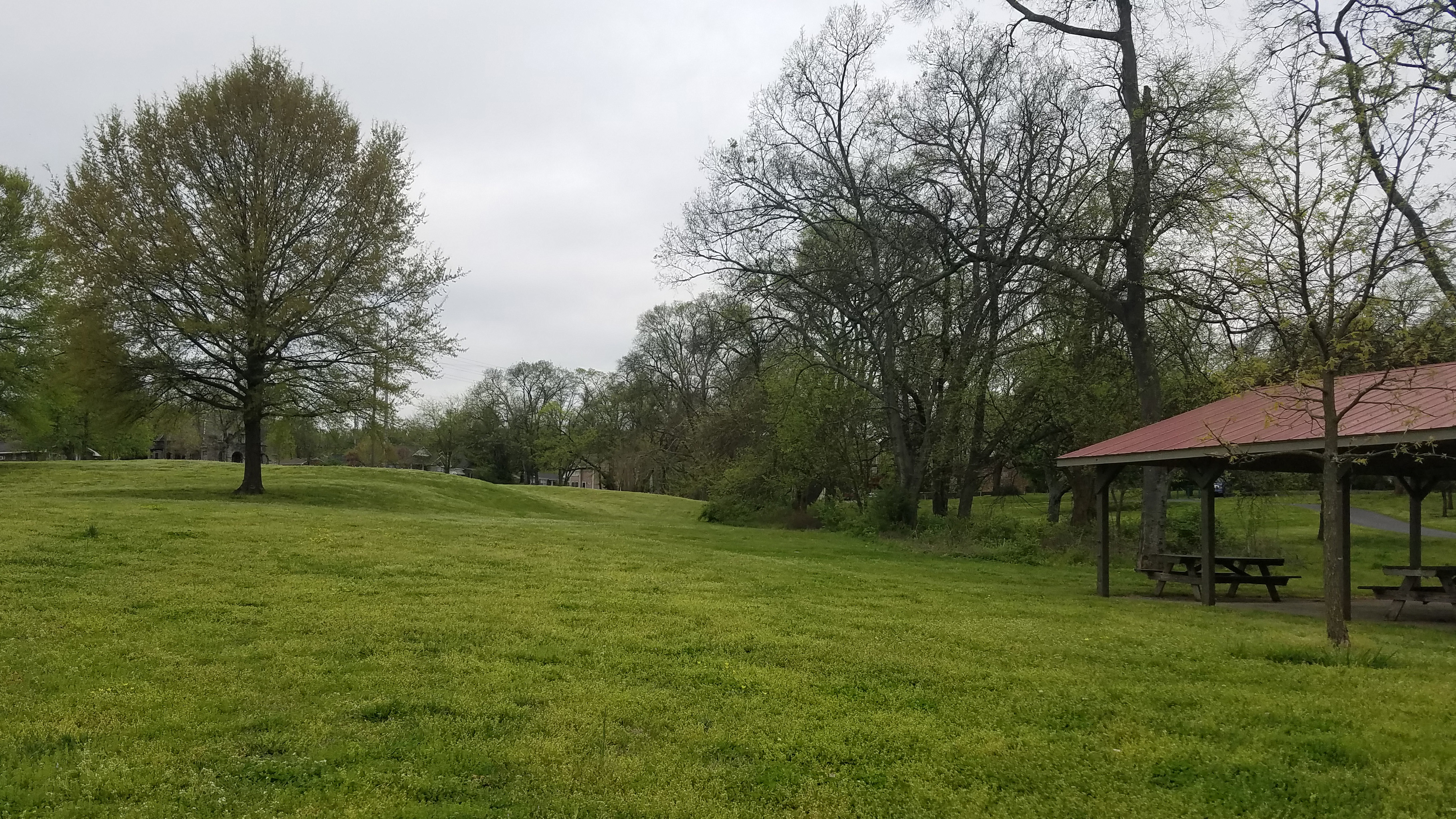