The San Francisco Planning Department is currently pursuing a plan to redesign the plazas, streets, and other public spaces associated with the city's Civic Center, including United Nations Plaza. Two of the three options for the redesign, presented to the Architectural Review Committee of the San Francisco Historical Preservation Commission on June 6, 2018, would destroy the Halprin-designed sculptural fountain in United Nations Plaza.

Opened in 1975, United Nations Plaza was designed by Lawrence Halprin & Associates, along with architects Mario Ciampi and John Carl Warnecke. The plaza was built in conjunction with the Market Street Reconstruction Project, when the underground BART system and a station were built beneath the site. The space was named United National Plaza when the work was complete, commemorating the signing of the 1945 Charter of the United Nations at the nearby Veterans War Memorial Building. 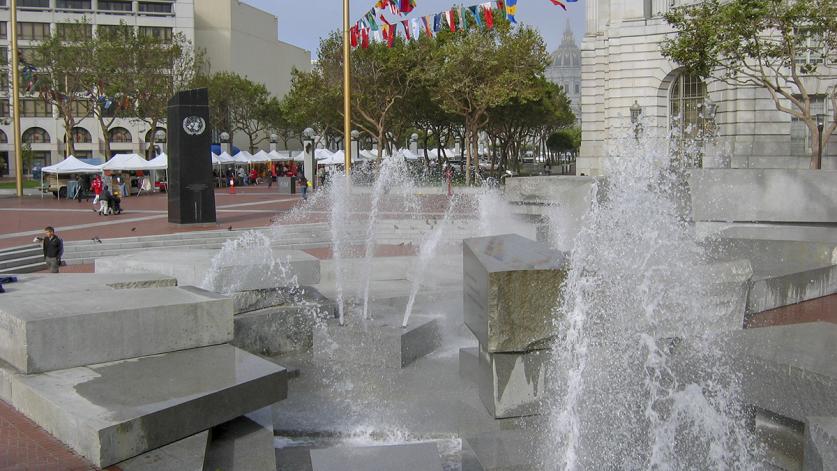 Bordered on the east by Market Street, the 2.5-acre plaza serves as the gateway to San Francisco’s City Hall, which lies on-axis three blocks west and is connected to the plaza by Fulton Street. When the plaza was built, the section of Fulton Street that traverses it was closed to vehicular traffic, and a wide pedestrian allée that terminates at City Hall was installed. At the western end of the plaza is an equestrian statue of Simón Bolívar, a gift from the government of Venezuela to the city of San Francisco. On the eastern end is a sunken sculptural fountain formed by asymmetrical stacked granite blocks, animated by arcing jets of water. Traversing the plaza are two files of tree-shaded columns inscribed with the names of the United Nations member countries.

Halprin conceived of the plaza as a dynamic, active public space. His design is in direct dialogue with the original Beaux-Arts plan for the Civic Center Plaza, formulated in the early twentieth century. That plan, with its long, axial views and opportunities for civic displays, remained legible even after Halprin’s redesign was implemented, which visually and physically connected City Hall to Market Street, the spine of the city. After years of decline, and following consultation with Halprin, the fountain was refurbished and rededicated in 1995, the 50th anniversary of the signing of the U.N. Charter. 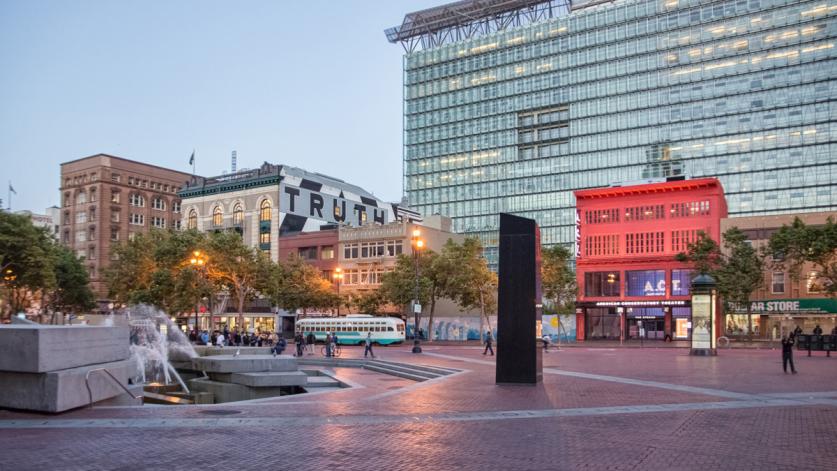 More than a decade ago, plans were presented to replace the fountain with a taxi stand. Thankfully, those plans were averted, and saving the fountain became an important factor in ultimately reversing the abject condition of the surrounding area. Since that time, several of Halprin’s landscapes have been listed in the National Register of Historic Places: Park Central Square, in Springfield, Missouri, listed in 2010; Heritage Park Plaza, in Fort Worth, Texas, also listed in 2010; and the Portland Open Space Sequence, listed in 2013. Moreover, the four parks that comprise the Portland Open Space Sequence are now managed by the Halprin Landscape Conservancy, a model for sound stewardship practices, and are pursuing a National Historic Landmark designation.

The San Francisco Planning Department is actively pursuing the Civic Center Public Realm Plan for the redesign of the Civic Center’s plazas, streets, and other public spaces, including United Nations Plaza. The areas affected are within the San Francisco Civic Center Landmark District. The plan is now in its design and community-engagement phase, which began in November 2017. On June 6, 2018, three framework plans, developed by CMG Landscape Architecture, were presented, for informational purposes only, to the Architectural Review Committee (ARC) of the San Francisco Historical preservation Commission. Two of the options (labelled the “Cultural Connector” and the “Public Platform”) would destroy Halprin’s fountain in United Nations Plaza. Only in one option (called “Civic Sanctuary”) is the existing Halprin design for United Nations Plaza retained, with “some adjustments to improve use and activation.” 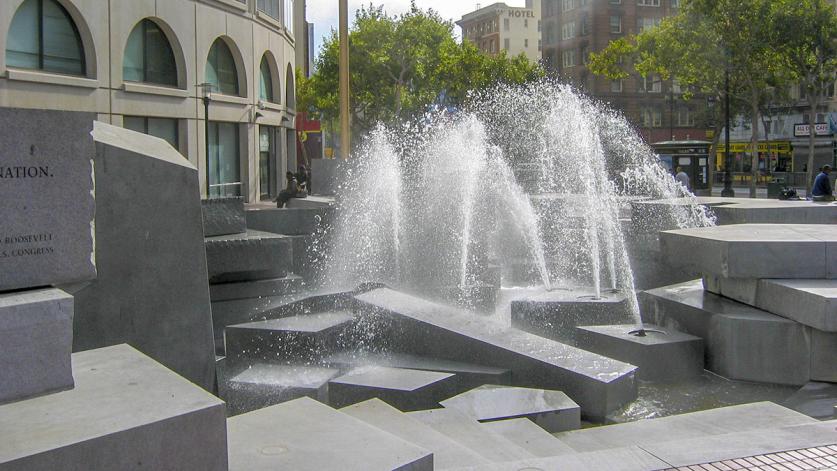 The planning department has determined that United Nations Plaza is a contributing resource under the California Environmental Quality Act, and that the fountain is a character-defining feature. Furthermore, United Nations Plaza is, in its own right, very likely eligible for listing in the National Register of Historic Places as an exemplary work of landscape architecture under Criterion C (“the Work of a Master”). Its sunken sculptural fountain is one of only a small number of surviving water features that Halprin designed in San Francisco, including a simple circular pool in Ghirardelli Square (1964); two fountains in Levi’s Plaza (1982), one at the park and one at the plaza; the 40-foot-high concrete fountain at the four-acre Justin Herman Plaza (1972), which is facing an uncertain future; and a career-capstone project, the boulder-lined lagoon at the Letterman Digital Arts Center (2005). These and other projects established Halprin’s reputation as a master choreographer of water, and the fountain at United Nations Plaza still retains a high degree of design integrity.

At the meeting of the ARC on June 6, 2018, committee members commented on the three options presented, raising questions about how the historic significance of both the main Civic Center plaza and United Nations Plaza had informed design decisions. Given the informational nature of the meeting, there were few specific questions about the designs themselves. A preferred design concept will soon be developed and will be shared with the public by the Fall of 2018. A draft planning document is slated for completion by the end of 2018, followed by a full environmental review. 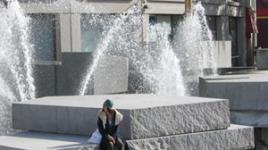 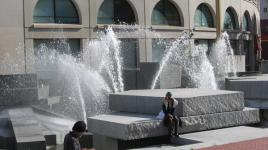 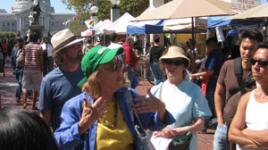 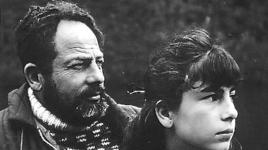 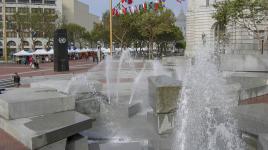 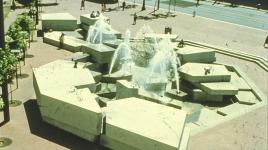