Washington, DC (November 12, 2013) – The Cultural Landscape Foundation (TCLF) today launched its tenth illustrated, online Pioneers of American Landscape Design® Oral History, this one focused on the American landscape architect Laurie Olin, a recent recipient of the National Medal of Arts, the highest award given to artists and arts patrons by the United States government.  His event-filled life and influential work as a practitioner, educator, author and draftsman over the past forty years is revealed during interviews at the OLIN studio in Philadelphia and on location at his projects at Battery Park City, Bryant Park, and Columbus Circle in New York City; the University of Pennsylvania campus landscape, Independence National Historical Park and the Barnes Foundation in Philadelphia; and the National Gallery of Art Sculpture Garden and the Washington Monument grounds in  Washington, DC.  The oral history includes his study and work at the University of Washington with Richard Haag (the subject of a forthcoming oral history), fellowships and travel in England and Italy, his professorship at the University of Pennsylvania and other significant milestones, and includes interviews with OLIN partners, among them Dennis McGlade, Lucinda Sanders and Susan Weiler.

The project, shot June 1-6, 2012, contains 29 segments totaling more than 90 minutes during which Olin discusses his life, influences and philosophy. A downloadable transcript of the complete interview is available on the Web site as are reflections by Olin’s friends, family, colleagues, collaborators and co-workers about his life, career and legacy.

The series is an outgrowth of the Pioneers of American Landscape Design Project and currently includes oral histories with Shlomo Aronson, Edward Daugherty, Stuart Dawson, M. Paul Friedberg, Lawrence Halprin, Carol Johnson, Cornelia Oberlander, James van Sweden, and Joseph Yamada. Collectively, these histories document and preserve the unique, first‐hand perspectives of renowned landscape practitioners and make them available free of charge to present and future generations of stewards, designers, researchers and others interested in the field.

The series format examines each designer’s personal and professional history, their overall design philosophy and how that approach was carried out in their most emblematic projects. Richly edited, the video segments include never before seen archival footage, new photography, and on‐location videography. Oral histories are in production about Nicholas Quennell and Richard Haag.

“Laurie Olin is a towering and enormously influential figure in the landscape architecture profession and one of its most esteemed practitioners – an erudite thought leader, a terrific designer, and a compelling speaker,” said Charles A. Birnbaum, TCLF founder and president. “When Laurie discusses his work and influences we all go on an extraordinary and revelatory voyage that touches on fascinating moments in history, literature, art, music and design – there’s no one quite like him.”

The Pioneers Oral History series is twice the recipient of a National Endowment for the Arts Design Arts grant. The American Society of Landscape Architects is an official education partner for the series with outreach to more than 36,000 landscape architects nationwide. This oral history was made possible by OLIN. 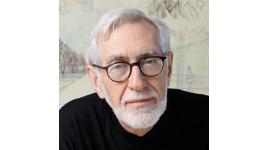 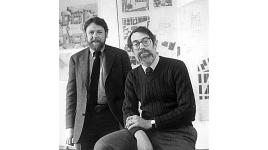