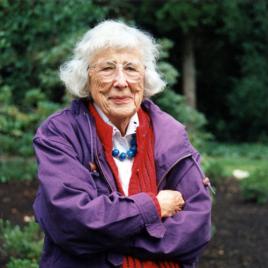 Born in Salt Lake City, Utah, Fealy exhibited a passion for plants and drawing from childhood. Her father, Albert Justin, owned one of Utah’s largest wholesale plant nurseries, where she often volunteered her time. She earned a B.S. in landscape architecture from the University of Illinois in 1925, studying under luminaries Stanly White and Jens Jensen, the latter a visiting professor who instilled in her an appreciation for native plants. After graduation, Fealy worked at the landscape architecture firm McCrary, Culley and Carhart in Denver, Colorado, from 1926 to 1930. In 1932 she served on the first Utah State Planning Commission. Around that time, she opened her own practice in Utah working there until moving to Portland, Oregon, in 1947, where she practiced landscape architecture until 1995.

Fealy’s professional records are held in the University of Oregon Libraries, Special Collections and University Archives. She was named a Fellow of the American Society of Landscape Architects in 1985. She died in 2000 in Beaverton, Oregon.