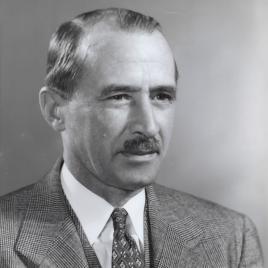 Born in Lipezk, Russia, which he fled in 1920, Timchenko studied landscape design and agriculture in France before arriving in the United States in 1926. He established a design practice in Washington, D.C., and completed commissions for many prominent Washingtonians, among them Mamie Eisenhower and Jacqueline Kennedy, whose Georgetown garden was designed during John F. Kennedy’s time in the Senate. His Washington, D.C.-area projects include Tompkins Hall at The George Washington University, the National Geographic Building, and the Watergate. He also designed a garden for former Ambassador George McGhee at his estate, Farmer’s Delight, in Leithtown, Virginia. Timchenko received awards from various organizations, including the First Lady’s Committee for a More Beautiful National Capital for his garden atop the Shoreham Hotel’s Regency Ballroom, and the American Association of Nurserymen for his landscape design of the Washington Hilton Hotel. Timchenko passed away in 1975 and is buried in Rock Creek Cemetery in Washington, D.C. His epitaph remembers him simply as “Landscape Architect.”

Born in Lipezk, Russia, Timchenko served in the White Russian Army during the Russian Revolution, before fleeing to Turkey in 1920. Sponsored by the Committee for the Education of Russian Youth in Exile, founded by American scholar Thomas Whittemore in 1916, Timchenko  relocated to France, where he earned degrees in agricultural engineering and landscape architecture from the L'École National d’Agriculture de Ignon, and the L'École Nationale Supérieure d’Horticulture de Versailles, respectively. Responsible for his aging father and ill sister, he immigrated to the United States following his graduation in 1926, with the hopes of becoming a farmer. After settling in Washington, D.C. in 1929, Timchenko joined the florist company A. Gude Sons Co., where he served as the manager of the landscape department. Nine years later,he partnered with landscape architect Leonard Bartlett Jr. to form the landscape architecture and site-planning practice, Boris Timchenko & Associates, while continuing to contract with A. Gude Sons Co. 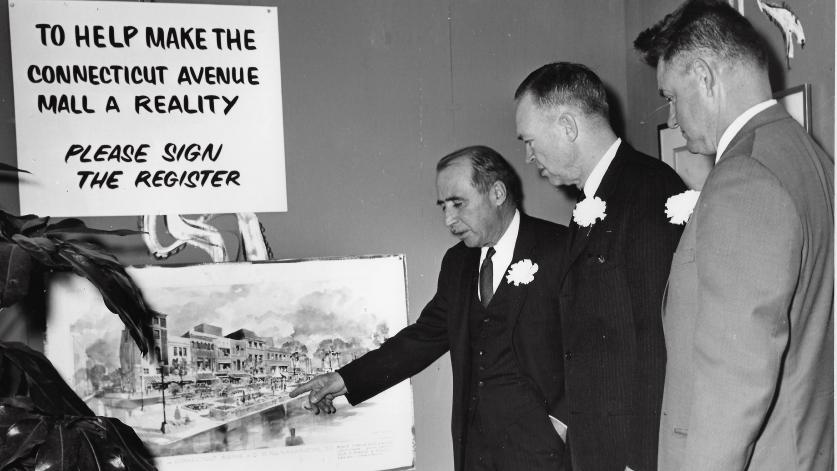 His firm took on a wide range of projects, encompassing residential, commercial, corporate, and institutional designs, that included local hospitals, apartment complexes, and military bases. He also completed commissions for several prominent Washingtonians, including Jaqueline Kennedy, whose Georgetown garden he designed while her husband, John F. Kennedy, was a senator. Timchenko’s social connections in Washington opened opportunities for him elsewhere. He designed the gardens for the President Dwight Eisenhower’s Gettysburg estate. His drawings for the commission, titled "Planting Plan for Tea House & Barbecue Area for the Property of President & Mrs. Dwight D. Eisenhower, Gettysburg, PA," and "Entrance Planting, the Property of President & Mrs. Dwight D. Eisenhower, Gettysburg, PA, June 24, 1957," are now preserved by the Gettysburg National Miltiatry Park Archives. During this time, he was also hired by Jacqueline Kennedy's mother, Janet Norton Lee Auchincloss, to redesign the gardens of the family’s Hammersmith Farm in Newport, Rhode Island, known as the summer White House during the Kennedy presidency. His firm’s corporate and public landscapes included Tompkins Hall at The George Washington University, the North Chevy Chase Christian Church, designed in partnership with architect John S. Samperton, the former National Geographic Building in Gaithersburg, Maryland, and the Herring Run residential development in Rehoboth Beach, Delaware. 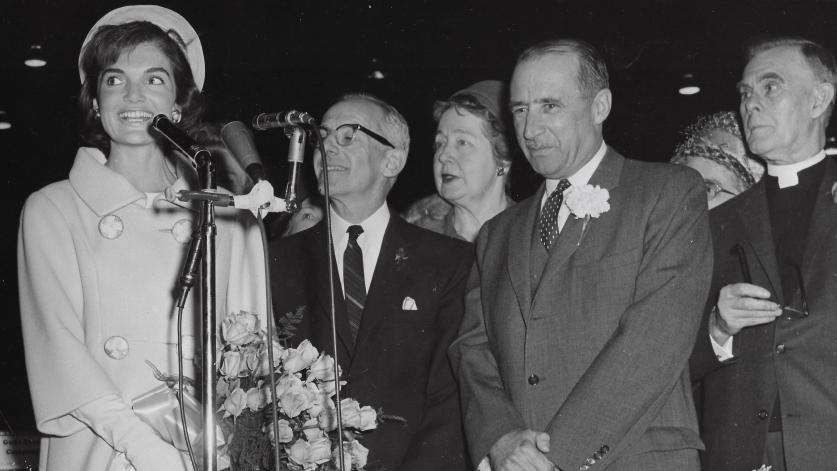 In 1968 Timchenko designed the Freedom Foundations’ Congressional Medal of Honor Grove in Valley Forge, Pennsylvania. Dedicated on the Foundation's campus in 1964, the 41-acre wooded clearing is marked by 51 stone obelisks representing medal recipients from each state in the United States, as well as the District of Columbia and Puerto Rico. His 1959 landscape design for the Equitable Life Insurance Company in Washington, D.C., was chosen as one of the top ten industrial landscape projects in the nation by the American Association of Nurserymen. In 1965 he received another award from the American Association of Nurserymen for his landscape design of the Washington Hilton Hotel. Other Washington landscapes included:The International Monetary Fund Office Building, the Washington Mosque, and the Lord and Taylor Department Store. Specializing in garden design, he restored a number of colonial gardens in Virginia and Maryland, including those at Gadsby's Tavern in Alexandria, Virginia. Outside the national capital region, he  provided landscape designs for the Sarasota Gardens Apartment Hotel in Florida, the Levittown Junior High School in New Jersey, and a housing complex at the U.S. Kindley Air Force Base in Bermuda. 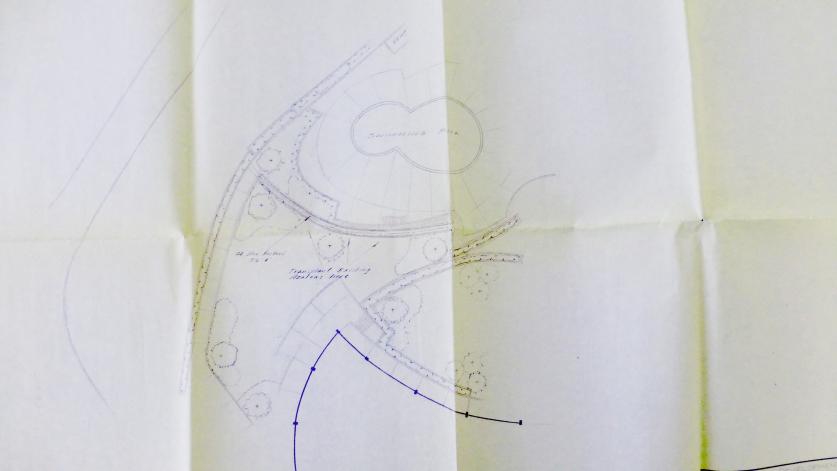 One of Timchenko’s most notable landscapes was the Watergate Hotel, realized between 1964 and 1971. His Modernist design created a park-like landscape atop the hotel’s seven-acre parking garage. By covering the garage roof with two feet of soil, Timchenko created wide, rolling lawns planted with deciduous tree groves, flowers, and creeping shrubs that could be admired from ground-level as well as the hotel’s iconic cantilevered balconies. Inset with curvilinear stone paths, fountains, and a renaissance garden, Timchenko designed the landscape as a soft transition between architect Luigi Morretti’s Modernist complex and the adjacent Potomac River and Rock Creek Parkway. The project's success resulted in a commission to design the rooftop garden of the Shoreham Hotel, now the Omni Shoreham Hotel, for which he recieved an award from the First Lady's Committee for a More Beautiful National Capital.

Timchenko served as the chief landscape architect of the National Capitol Flower and Garden show from its founding in 1951 to 1968, resigning because, as he communicated in a letter to the Allied Florist Association, the show became too commercialized. He died of heart failure at the age of 77 and was interred at the Rock Creek Cemetery, in Washington, D.C. His epitaph reads simply “Landscape Architect.” 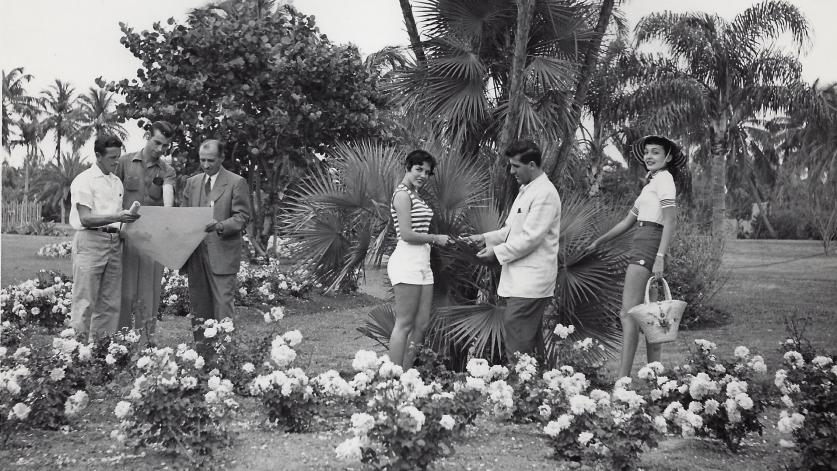 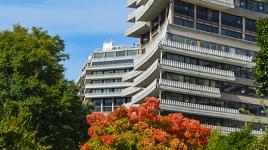 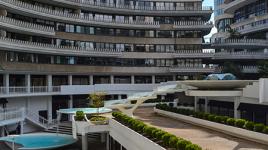 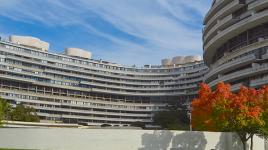 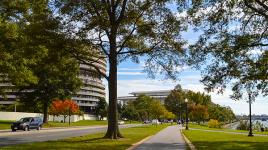 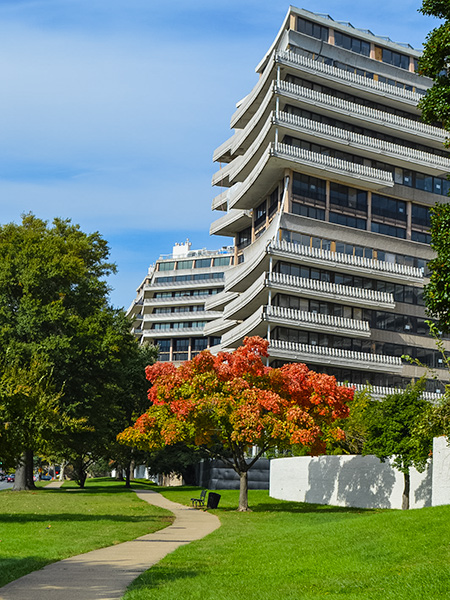 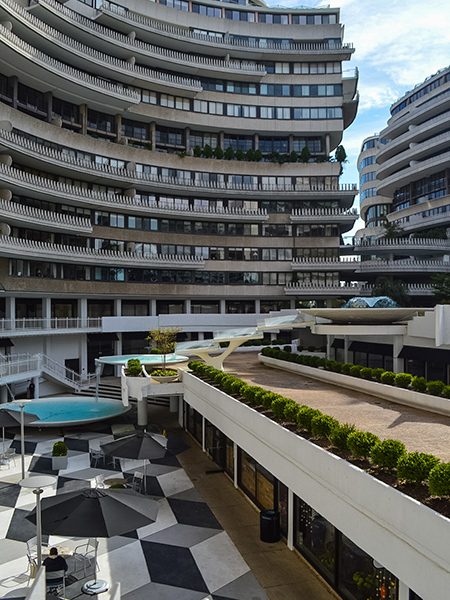 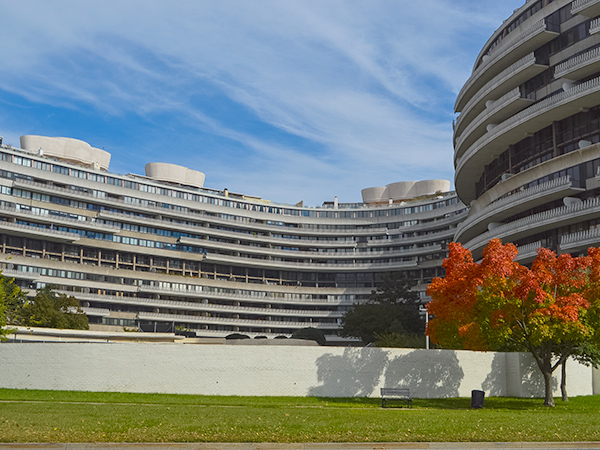 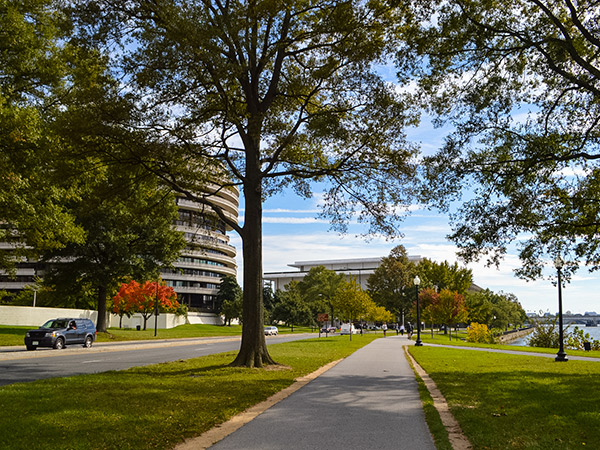 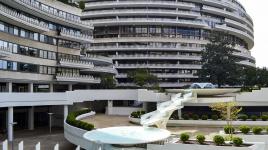