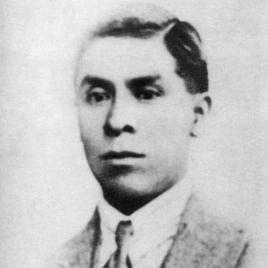 Born in Toluca, Mexico, Rodriguez moved to nearby Mexico City, where, as a young man, he worked with his father building brick houses. Rodriguez came to the United States in 1924, living briefly in Laredo, Texas, before arriving in San Antonio that same year. After gaining two important local patrons, Dr. Aureliano Urrutia and Charles Baumberger (founder of the Alamo Portland Cement Company), Rodriguez earned a living as a peripatetic sculptor of cement faux bois (imitation wood), creating large-scale pieces—bridges, steps, gates, grottos, hewn logs, branches, and the like—that faithfully mimicked the appearance of wood, stone, and other natural elements in their forms, textures, and colors. He worked in several Texas cities in the 1920s, including Beaumont, Port Arthur, Sweeney, and Longview, and he created multiple pieces for the Woodlawn Garden of Memories, a cemetery in Houston. The preponderance of his Texas work is, however, in San Antonio, including sculptures in Brackenridge Park; Buckeye Park; Alamo Plaza; the garden of the Spanish Governor’s Palace; and work at Miraflores.

Beginning in the 1930s, Rodriguez traveled more widely, working in Arkansas, Michigan, Maryland, Tennessee, and several other states. Afflicted by diabetes (which ultimately took his sight) he traveled less in the 1940s, receiving regular treatments for the disease in San Antonio. Notable projects in this later period include the gates of the Japanese Tea Garden in Brackenridge Park (1942) and the façade of the Jacala restaurant (circa 1952), both in San Antonio. Rodriguez never spoke or wrote in English. He lived meagerly, and his work received little recognition during his lifetime. Today, his sculptures in Tennessee, Arkansas, New Mexico, and Texas are listed in the National Register of Historic Places. Rodriguez died on December 16, 1955, in a San Antonio hospital and is buried in the city’s San Fernando Cemetery II. 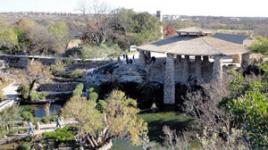 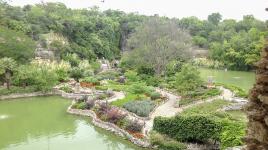 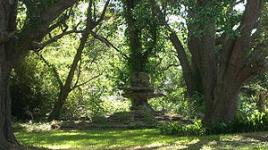 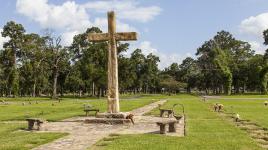