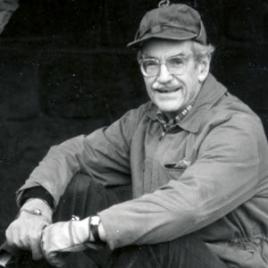 Born in Atlanta, Clay’s youth was spent in Walnut Grove, Georgia. He studied Journalism at Emory University and Columbia University, graduating with a B.A. in 1938 and a Master’s degree in 1939, respectively. Following graduation, he got a job reporting for the Louisville Times in Kentucky.

While serving in World War II, Clay read Roderick Peattie’s Geography and Human Destiny. Inspired by the work, geography became the filter that Clay used to formulate his ethos of place. At war’s end, he returned to Louisville to work at the Courier-Journal and in 1948 was awarded a Neiman Fellowship to spend a year studying urban geography at Harvard University. Returning to the Courier-Journal, he became editor of the real estate section, gaining national recognition for his writing on urban issues across America and creating the new position of Urban Affairs Editor. In 1959, Clay left the paper to become editor of Landscape Architecture magazine. He updated the magazine to focus on professional practice and include issues of growing import in post-War America, including ecology, urban planning, and international practice, expanding and popularizing the publication.

Clay wrote extensively, contributing an essay to William H. Whyte’s book The Exploding Metropolis and authoring Real Places (1984) and Close-Up: How to Read the American City (1973), which laid out his unique method of reading the landscape. In 1981, he chaired the selection committee for the Vietnam Veteran’s National Memorial and was the recipient of The American Society of Landscape Architect’s 1999 Olmsted Medal.

Grady Clay and Maya Lin atop the Vietnam Veteran's Memorial prior to opening ceremony, 1982. - The Courier-Journal

Editor's Note: This Pioneers biographical profile is being posted in honor of Grady Clay Jr.'s passing.

Born in Atlanta, Georgia, in 1916, Clay spent much of his early life at his family’s Ashland Farm, in Walnut Grove, Georgia. His father, Grady Clay, Sr., an ophthalmologist on faculty at Emory University, followed scientific farming techniques on the 1,600-acre holding. Clay graduated from Emory University with a B.A. in Journalism in 1938. After a short stint publishing a newspaper on St. Simon’s Island, Georgia, he enrolled and completed a Master’s degree in Journalism at Columbia University in 1939. Following graduation, Clay got a job reporting the police beat for the Louisville Times in Louisville, Kentucky. 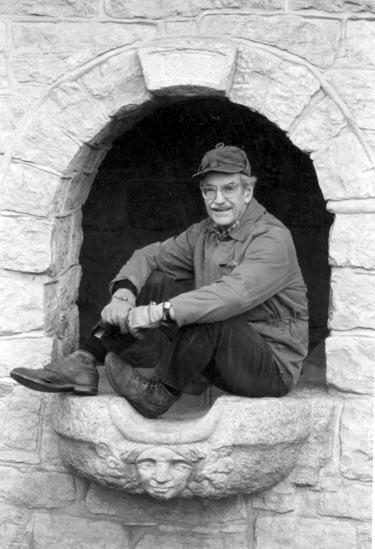 Clay served as a Second Lieutenant during World War II and was stationed in Italy, France, and Alaska. During his time in the service, he read Geography and Human Destiny by Roderick Peattie, which altered the course of his professional life. The discipline of geography became the filter through which Clay began evaluating places. He took a job at the Courier-Journal, in Louisville following the war, and in 1948, applied for and was awarded a Neiman Fellowship to Harvard University where he studied urban geography. His adviser was William L.C. Wheaton, and G. Holmes Perkins and William Hudnut were on the faculty. Clay formed lasting friendships with classmates Ian McHarg, David Wallace, and Jackie Tyrwhitt.

Upon Clay’s return to the Courier-Journal following his year at Harvard, he assumed the position of the first editor of the new real estate section. He reported on national trends in real estate, urban renewal, suburban development, land use issues, and the development of the interstate highway system. Clay gained national recognition for his writing on important land issues across post-World War II America. He created the position of Urban Affairs Editor at the Courier-Journal, the first in the United States.

In 1959, Clay left the Courier-Journal and became editor of Landscape Architecture (then a quarterly. He moved the magazine's office from Boston to Louisville, Kentucky in 1961. He reported on the trend, now known as suburban sprawl, brought to the forefront during the late 1940s by William H. Whyte, and linked it to the expansion of federal road projects and bridge construction. Clay contributed an essay to Whyte’s book, The Exploding Metropolis, and advanced the discussion in the 1960s when he called for a “Girth Control” movement. Clay’s writings and public speaking on the matter gained him a national forum for the issues of urban planning and community design. What some saw as signs of American progress and bounty, Clay rightly identified as a threat to the future of American cities. 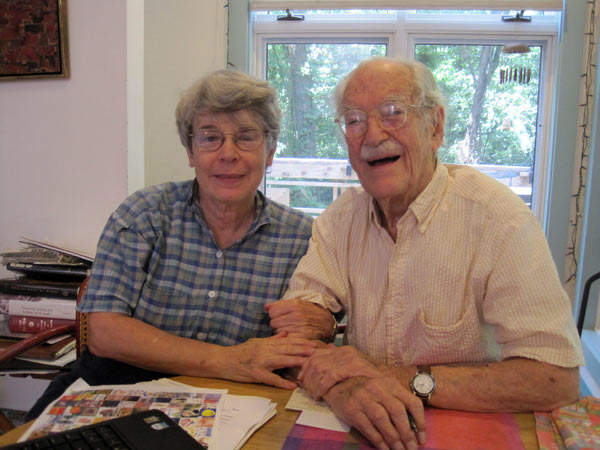 Clay sought to broaden the appeal for landscape architecture and community planning. He concluded that updating the magazine (published since 1910) was the way to achieve that goal. Clay set out to change its focus and its feature articles. This plan would result in a publication of national proportions and interest that would highlight professional practice. Clay directed the new editorial stance to focus on community planning and natural ecology within the context of landscape design. 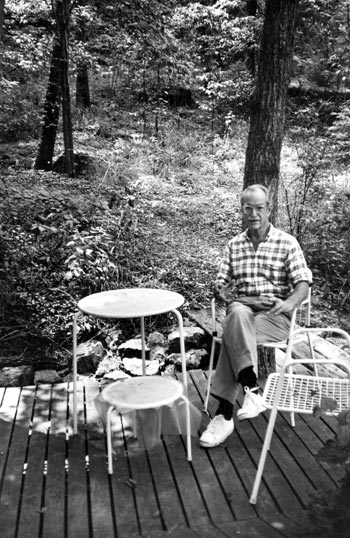 Clay’s work led to his creation and development of the cross-section technique; a way to read development of a landscape over time and to predict emerging development patterns. In his seminal book Close-Up: How to Read the American City, published in 1973, Clay for the first time in urban planning established a template, with spatial geography at its center, for understanding the development of cities and suburbs. He focused attention on a hidden resource in American cities-the alley-with his Louisville study published in 1978. His fascination with the language used to describe place and his skill at wordsmithing resulted in the publication of Real Places in 1984. He identified and named, in encyclopedic treatment, the words and phrases that societies create to describe vernacular places.

Clay was president of the American Society of Planning Officials from 1973-1974, served on the Potomac Planning Task Force, as an advisor to Secretary of the Interior Stewart Udall, and was a member of the Housing and Urban Development Advisory Committee on Urban Development during President Lyndon Johnson's administration.

In 1981, Clay chaired the selection committee for the Vietnam Veterans National Memorial. He was awarded the 1999 Olmsted Medal, presented to a non-architect by the American Society of Landscape Architects, for his “outstanding contributions to the environment through action and treatment.”

A popular lecturer, Clay took his ideas to a new audience when he began broadcasting a regular feature titled “Crossing the American Grain” on Louisville public radio from 1995-2006. Clay passed away on March 17, 2013 at the age of 96.

Clay, Grady Jr. Close-Up: How to Read the American City. Chicago: The University of Chicago Press, 1973. 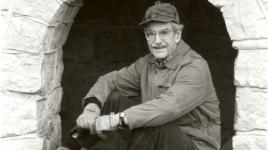 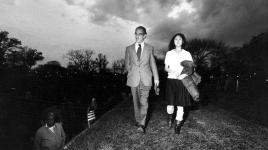 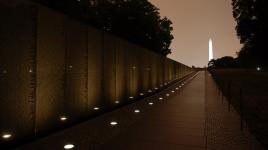 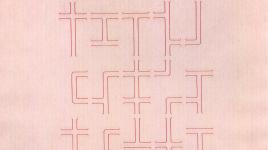 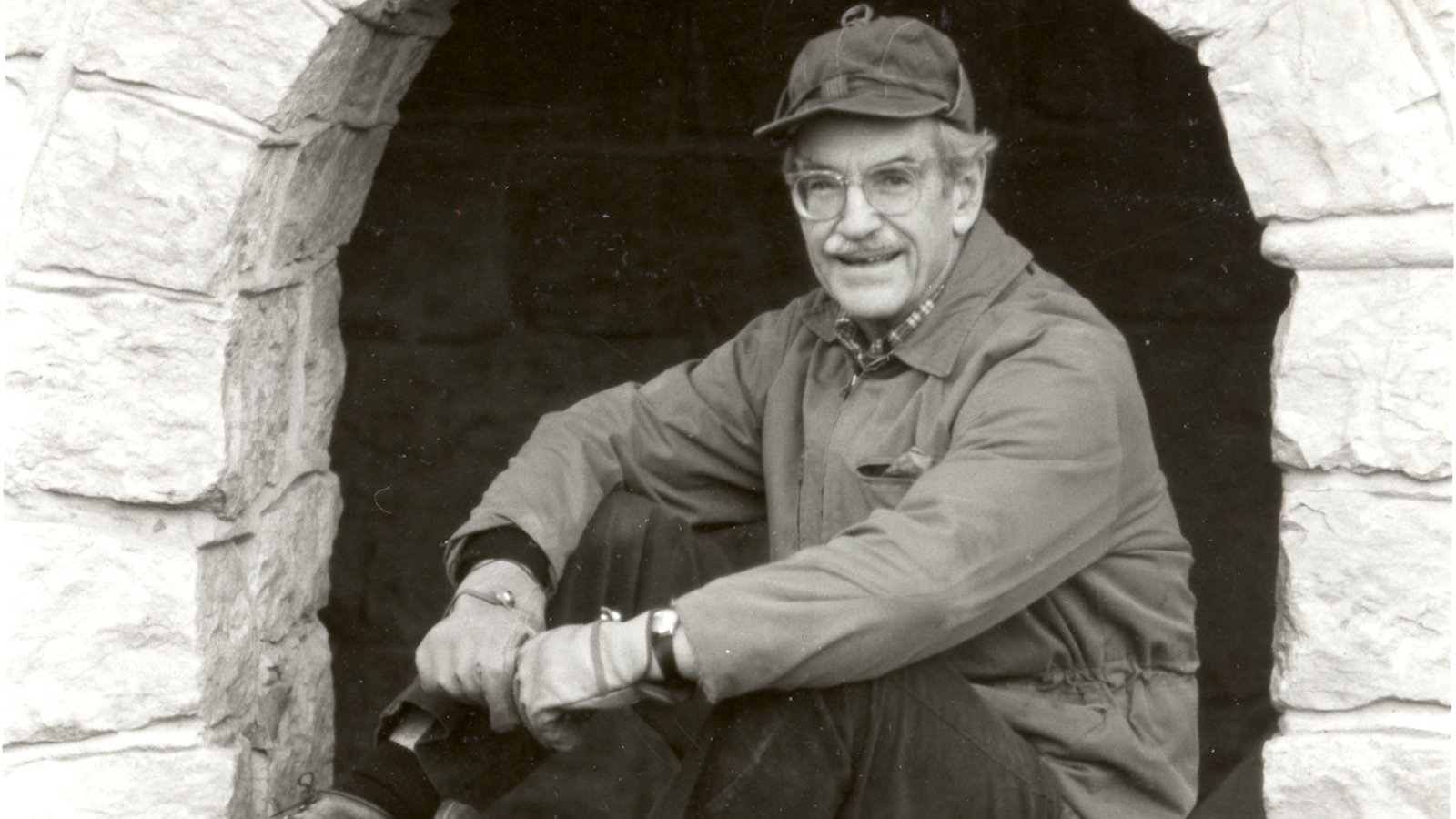 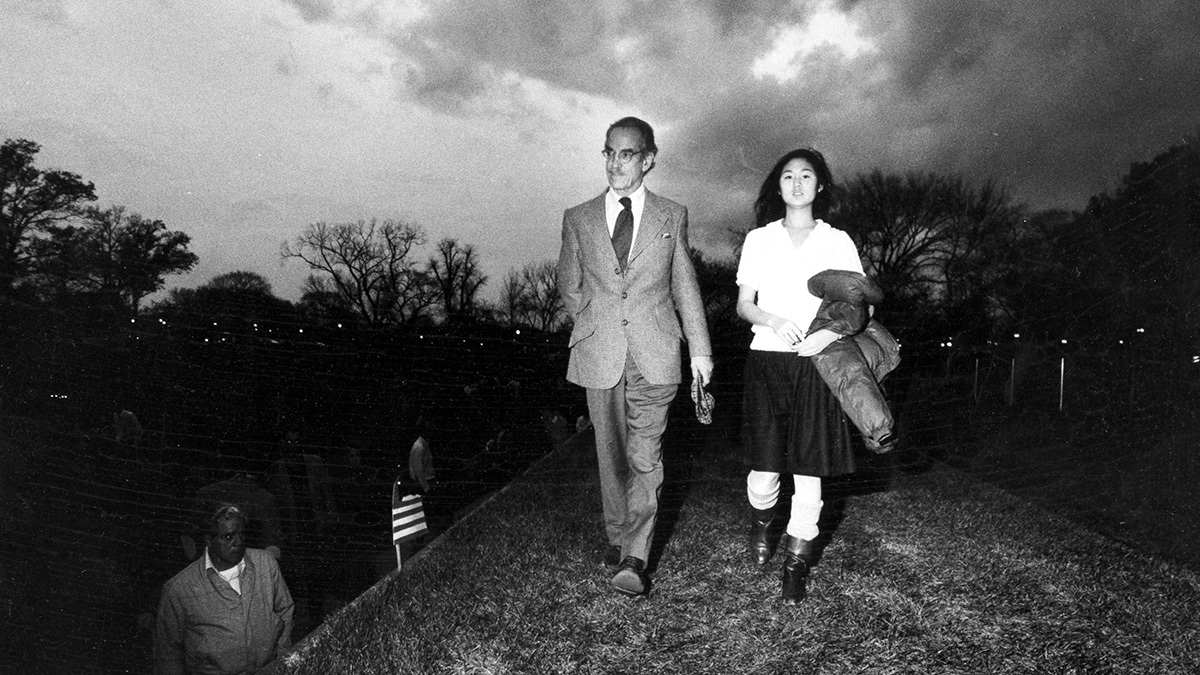 Grady Clay and Maya Lin atop the Vietnam Veterans Memorial prior to opening ceremony - Photo © The Courier-Journal, 1982 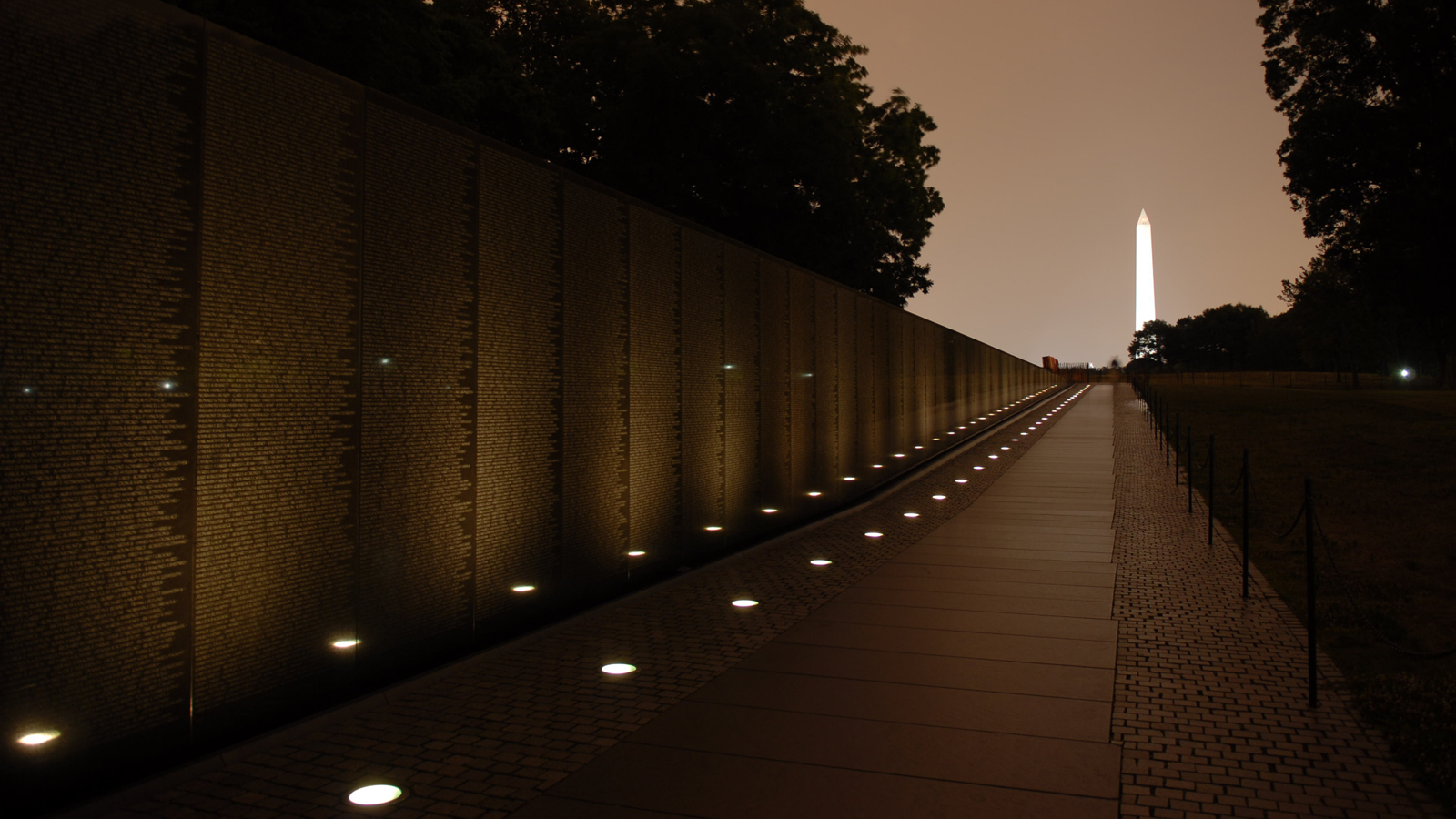 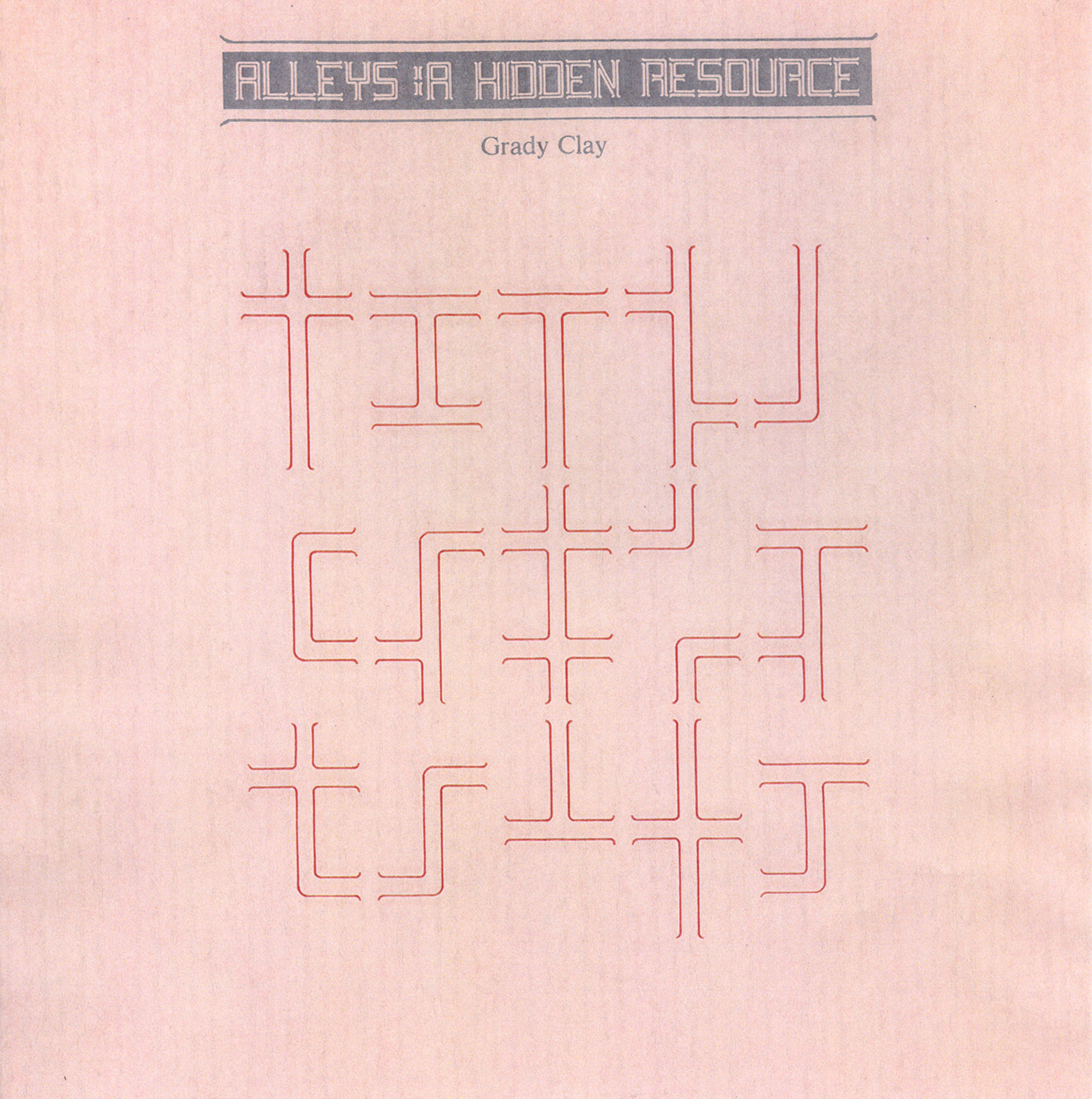 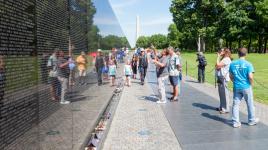