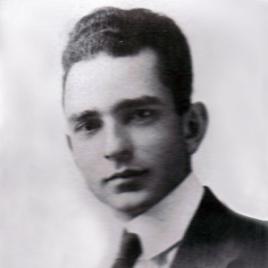 Briggs encouraged the use of native plants and endorsed the amateur design of residential gardens in his writings. He also campaigned for design that honored the original city plan, maintaining its architectural and spatial intentions. Briggs also believed in the critical necessity of documenting historic designed landscapes. In Charleston Gardens, Briggs wrote a history of Charleston gardens as well as the gardens and landscapes of Low Country plantations.

This biography is being featured in honor of the recent publication of James L. Cothran's book,Charleston Gardens and the Landscape Legacy of Loutrel Briggs.

Loutrel Winslow Briggs was born on December 12, 1893 in New York City to Frank E. Briggs and Ella Loutrel Briggs. Raised and educated in New York, in 1914 he enrolled in the Outdoor Art Program at Cornell University in Ithaca. He graduated in 1917 with a degree in landscape architecture and began to practice, opening his own independent firm in New York City in 1921. In 1924, he was an instructor of landscape architecture and in 1926 he became head of the Department of Landscape Architecture at the New York School of Fine and Applied Art. His students won first place for a garden entry in New York’s 1924 international Flower Show, and as a prize, a trip to study gardens in Europe. He accompanied twelve students visiting gardens in Italy, France, and England. This trip had a profound influence on Briggs’ sensitivity to and interest in garden history and design. 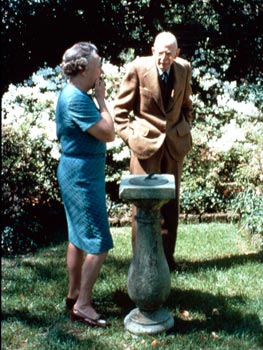 Briggs first visited Charleston in 1927. Thereafter, Briggs returned each winter, opening a Charleston office in 1929. This was the beginning of his system of practicing landscape architecture in the north during the summer and in Charleston during the winter. By the time Briggs arrived in Charleston, the city was undergoing a cultural renaissance in art, literature, music, and drama. Beginning in the 1920s and lasting well into the 1930s, this dynamic movement led to a greater appreciation of Charleston’s physical beauty and cultural past. Work in his New York office included projects in New York, New Jersey, Pennsylvania, and New England. It was through his New York office that his early commissions in Charleston developed, as northerners purchased historic Charleston houses and Lowcountry plantations for winter retreats during the 1920s and 1930s.

In 1929, one of his first commissions in Charleston was the William Gibbes House on South Battery for Mrs. Washington Roebling, widow of the chief construction engineer for the Brooklyn Bridge. Mrs. Roebling was eager to have a new garden, but was insistent that it be done in the spirit of the past. Brigg’s design was based on remnants of an earlier garden that had existed on the site and on the historic traditions of other Charleston gardens. He was soon commissioned to design the gardens and grounds for numerous Lowcountry plantations including Mulberry for Mr. and Mrs. Clarence Chapmen of New York (1930), Rice Hope for Senator J. S. Freulinghuysen of New Jersey (1932), and Mepkin for Henry and Clare Booth Luce (1932).

A particular trademark of a Briggs’ garden was the sensitive use of appropriate plants. He relied on a restricted palette of less than thirty traditional Charleston plants including the camellia, azalea, loquat, tea olive, wisteria, yellow jessamine, oleander, and star jasmine. Briggs’ limited plant palette not only helped to unify the garden’s design, but also provided a strong and continuous link with the past. Briggs also relied on the use of traditional building materials such as old Charleston bricks and antique stones in the construction of walls, steps, terraces, patios, pools, and edgings. Briggs often placed garden features, including sculpture, decorative pots, urns, benches, arbors and gates, at the end of an axis to serve as the focal point of the garden, adding interest to the overall design. 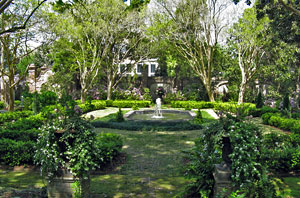 In addition to his active landscape architectural practices in New York and Charleston, Briggs frequently lectured to garden clubs, horticultural societies, museums, and civic organizations. He wrote numerous articles, many of which appeared to be on his favorite subject—Charleston gardens. Prior to his article on the Roebling garden in 1933, Briggs wrote a 1933 article for Country Life, entitled “Amateur Gardens - As Seen by a Landscape Architect.” This essay provided an interesting look at the work of nonprofessional designers and highlighted three Charleston gardens, including those of Mrs. A.J. Geer, Mrs. J.C. Simonds, and Elizabeth O’Neill Verner, a local Charleston artist. Briggs is best known for his book Charleston Gardens, published in 1951. This comprehensive work, the culmination of over twenty years of research, richly documented the history of Charleston gardens in text, photos, and plans. The book’s primary purpose was to depict and illustrate the character of Charleston gardens so that others might apply the same ideas and design principles to their own gardens.

Throughout his career, Briggs demonstrated an exceptional ability to handle a variety of landscape architectural projects, encompassing a wide range including school grounds, government housing, college campuses, church grounds, cemeteries, suburban estates, plantations, and many small city gardens. In 1941, the Carolina Art Association sponsored an exhibition at the Gibbes Art Gallery of some thirty drawings, photographs, and paintings illustrating the gardens and grounds designed by Briggs in both the north and south. The exhibition also included a series of measured drawings prepared by Briggs of existing historic gardens in Charleston. Briggs also assisted with many cultural and civic projects including Charleston’s Gateway Walk, the restoration of many of Charleston’s historic gardens, and the design of the South Carolina Memorial Garden honoring those who served in World War II.

Additionally, Briggs sought to educate and instill in others an understanding and love of gardens and garden design. As early as 1928 Briggs spoke to the Garden Club of Charleston on “The ABC’s of Garden Design,” and frequently presented study courses covering such topics as general principles of garden design, identification of southern flora, and field lectures on Charleston garden plants. Of all his projects, Briggs appears to have gained greatest satisfaction and pride from his small garden designs. Within Charleston alone, he designed more than 100 small gardens, many of which are still valued today. In these places Briggs adhered to certain basic design principles that the garden should be visible and easily accessible from the house to establish a close interior/exterior relationship between the house and garden plan. Briggs also placed great importance on understanding the desires of his clients. His ultimate objective was to create gardens that would bring continued pleasure and enjoyment to their owners, many of whom became lifelong friends, frequently commissioning him to update an original design or to design a new garden.

It was Briggs who was credited with introducing into Charleston’s 18th and 19th-century architectural settings a distinctive garden style that has prevailed throughout the 20th century. Briggs continued to practice landscape architecture particularly in Charleston through the early 1970s. He died at his home in May 1977. 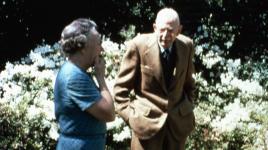 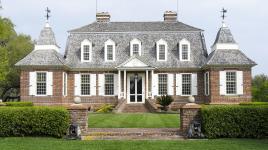 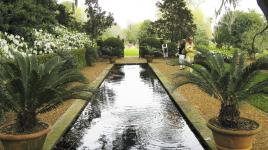 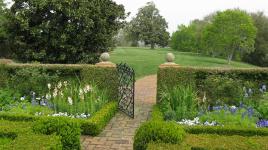 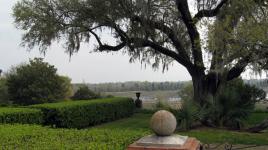 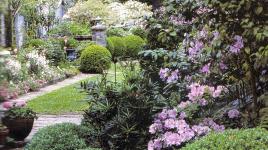 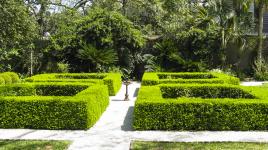 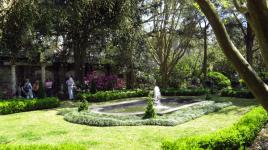 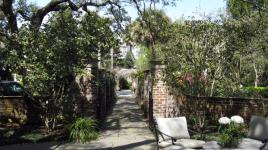 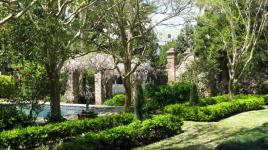 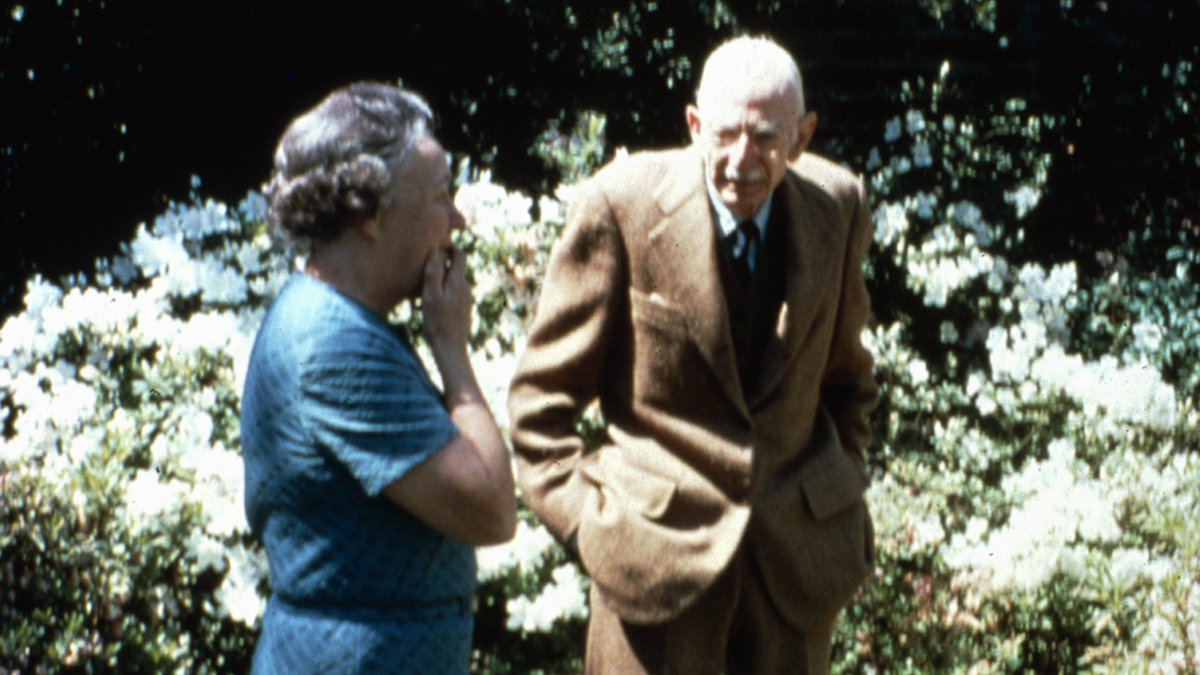 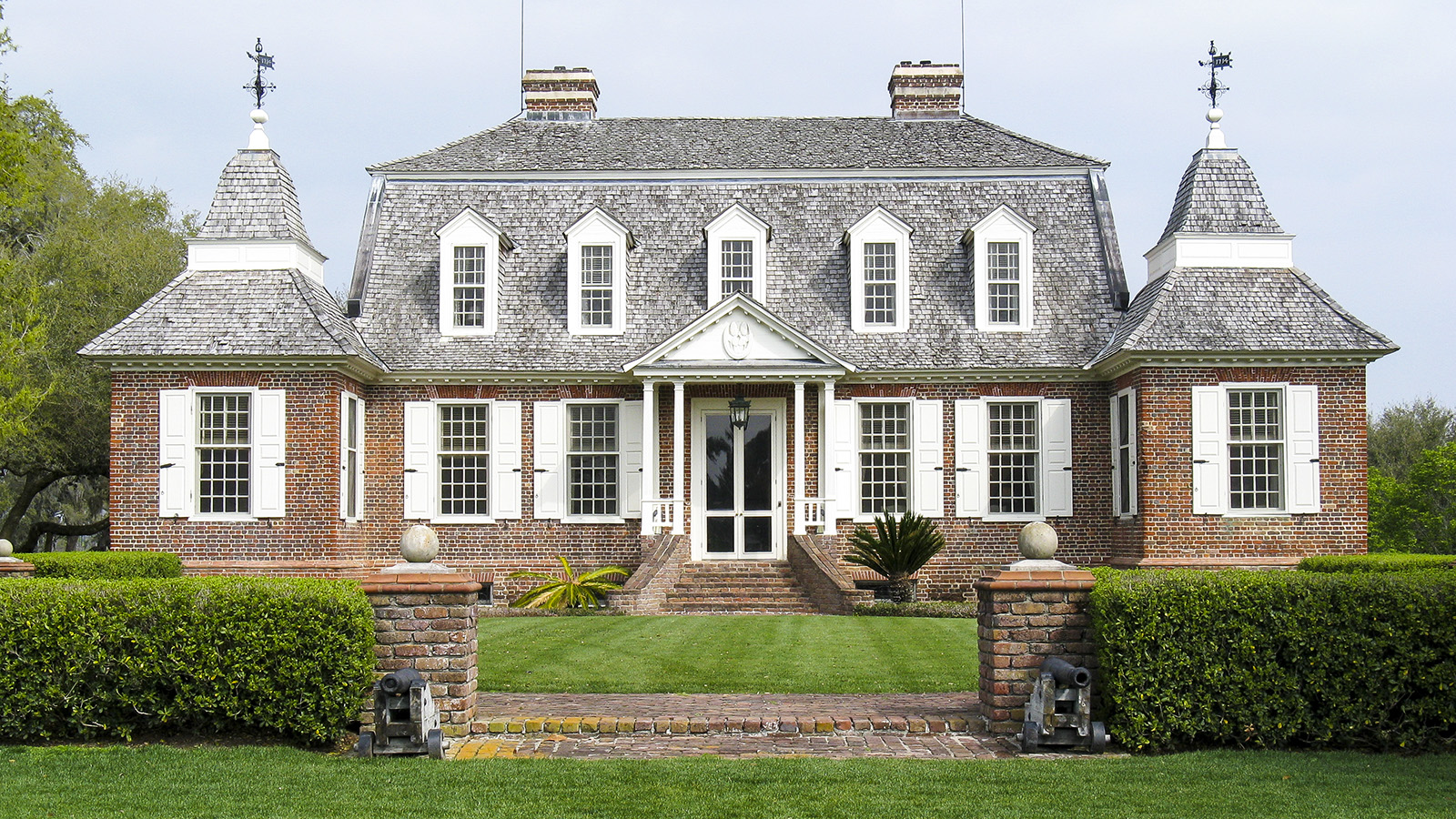 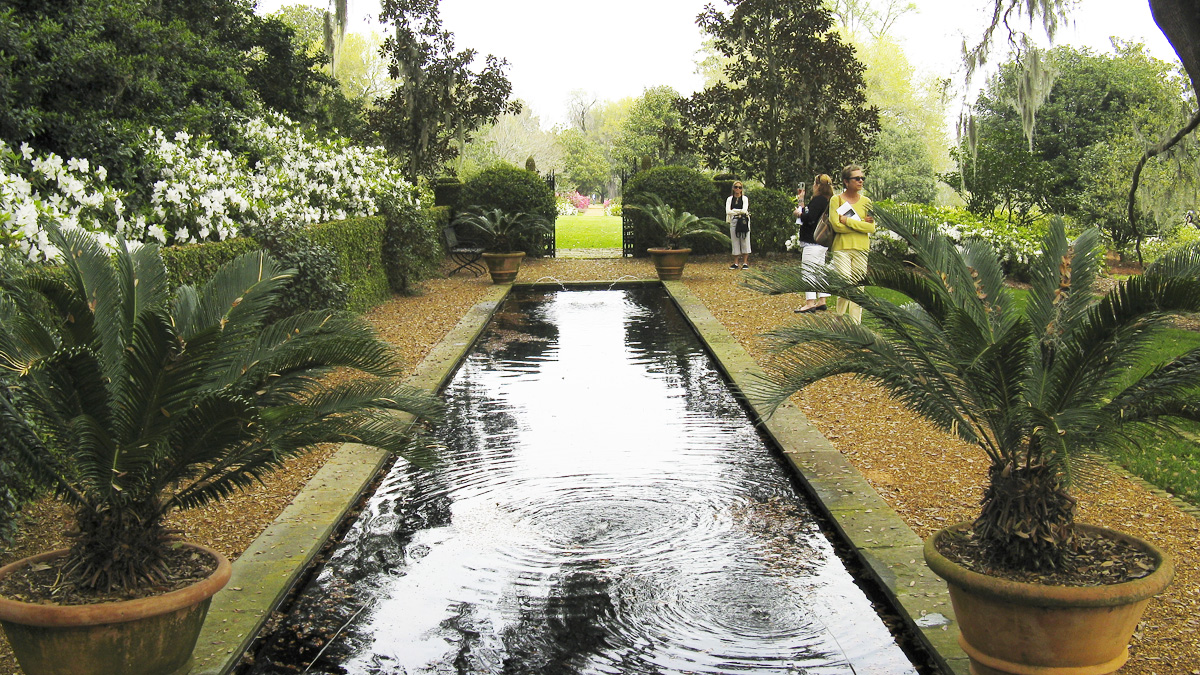 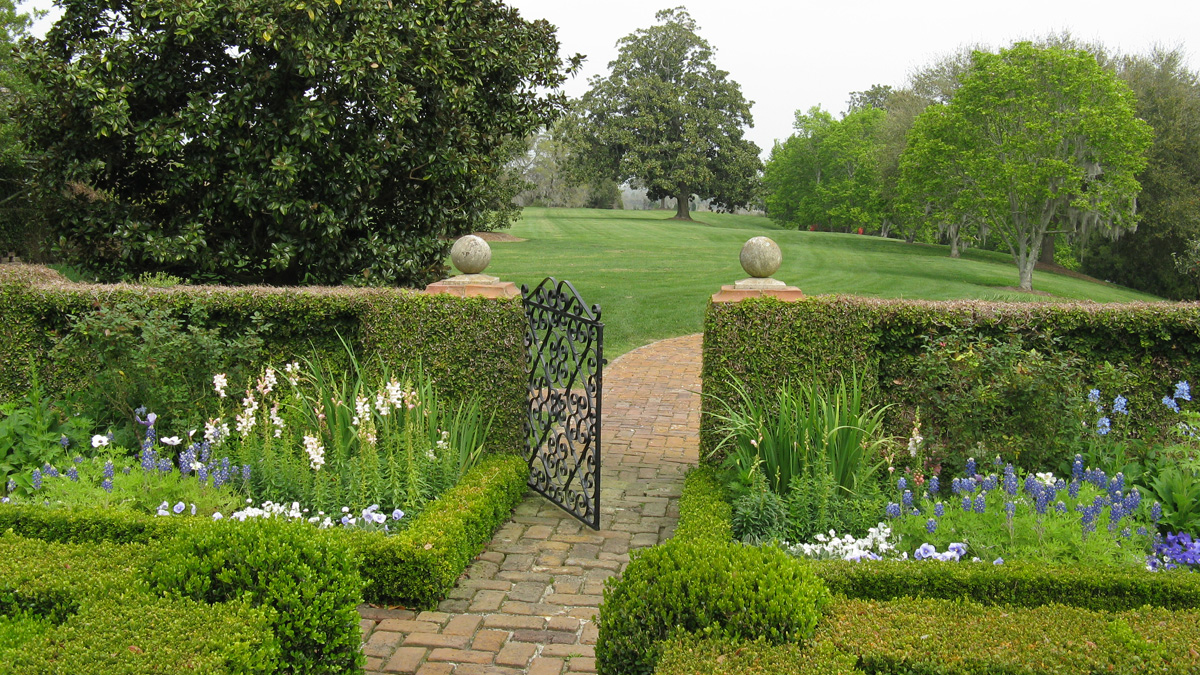 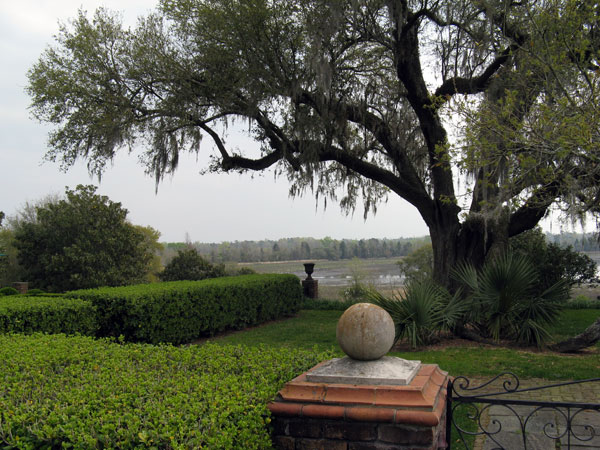 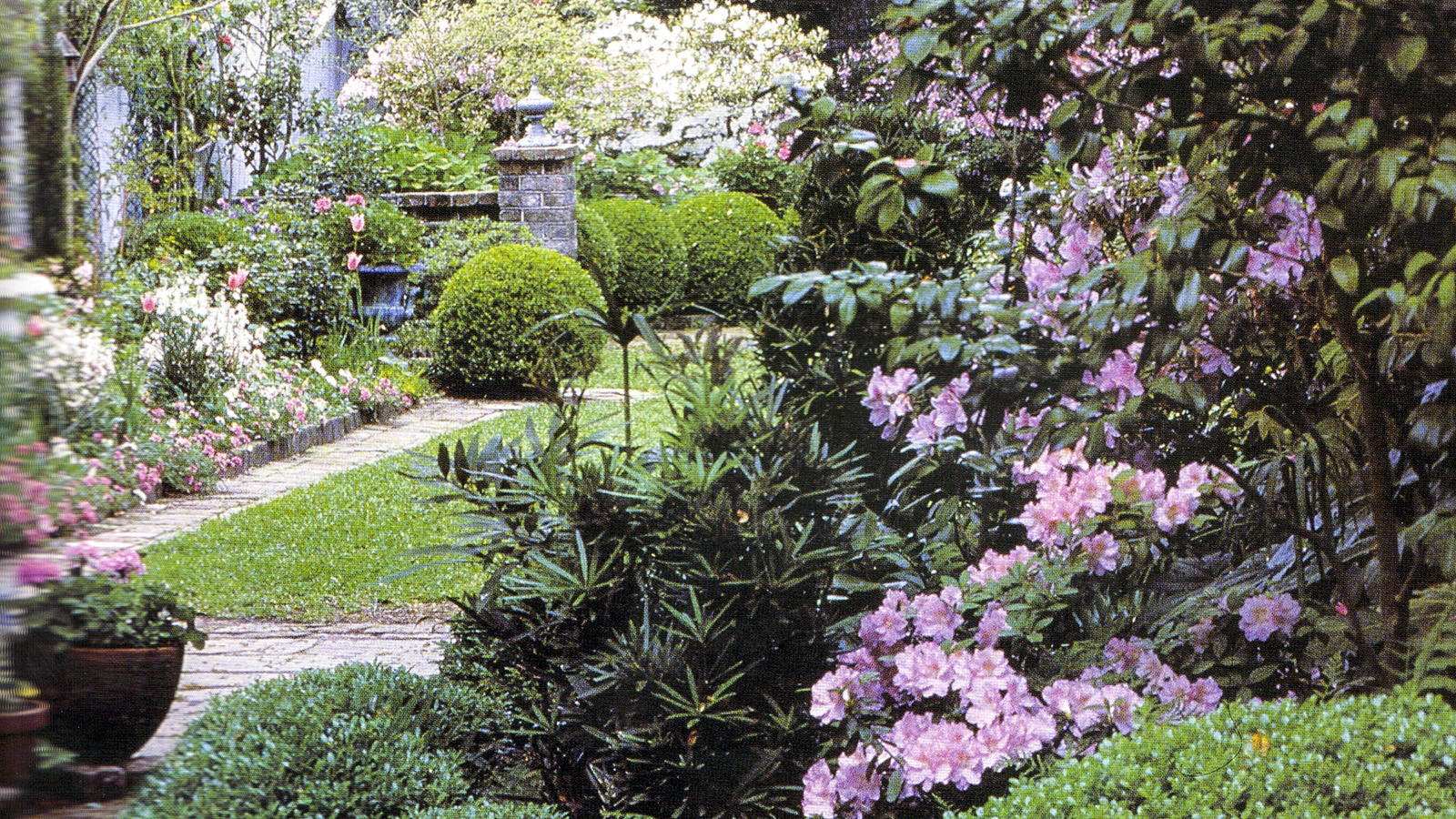 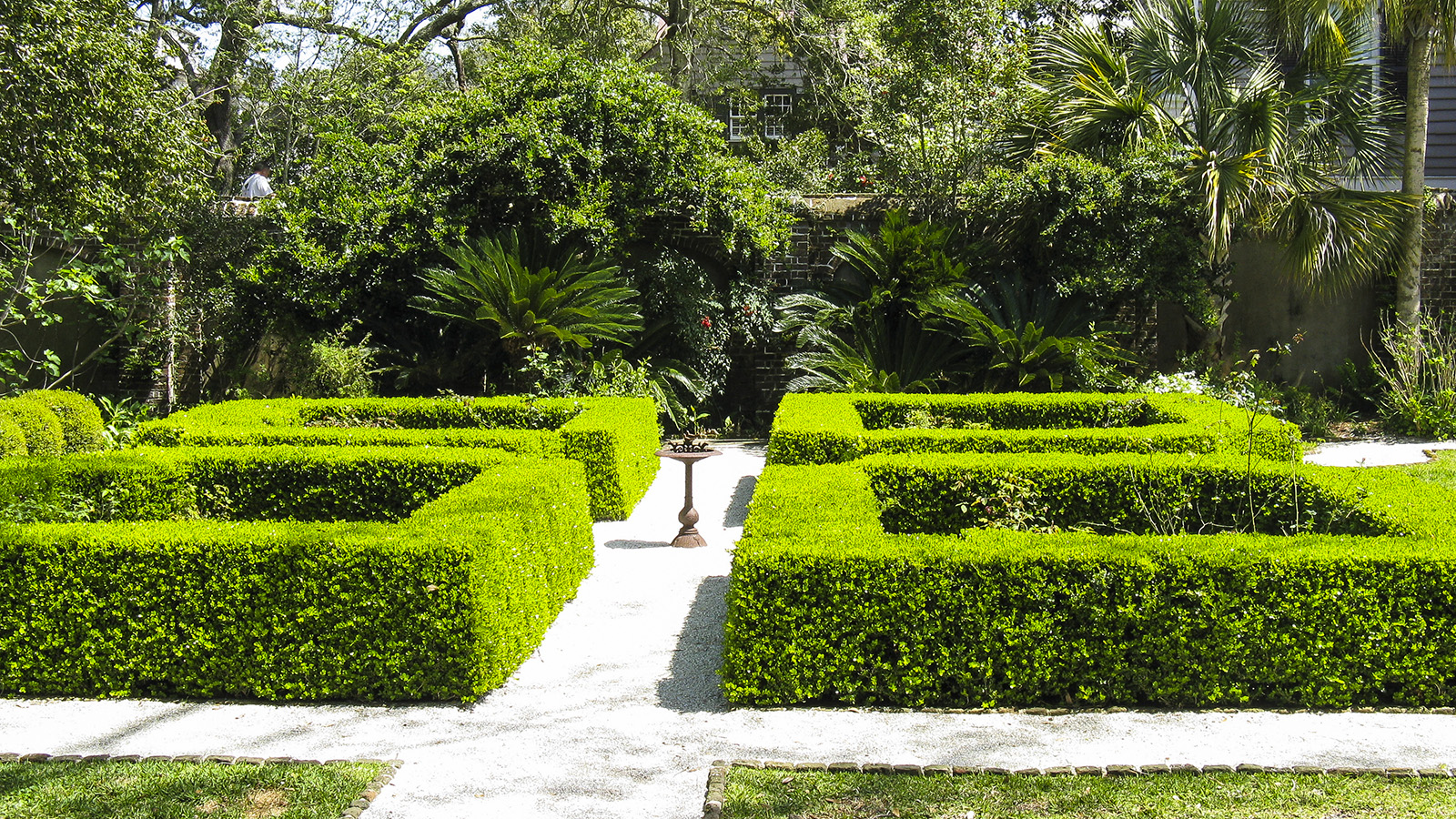 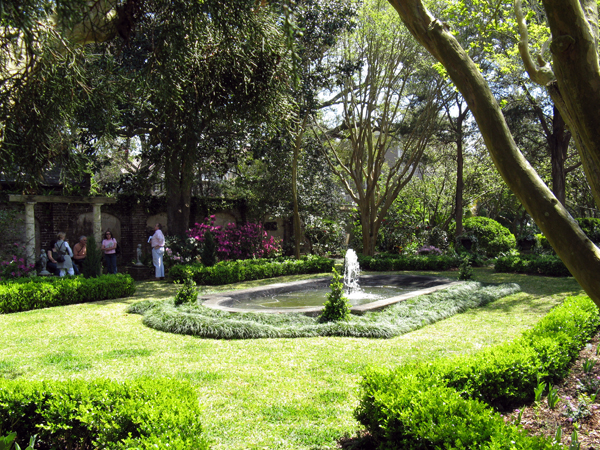 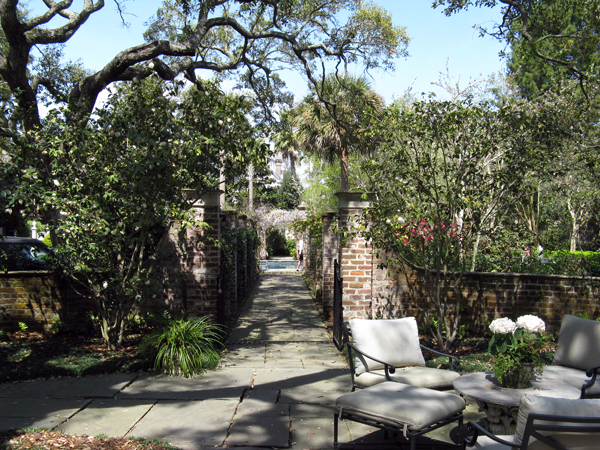 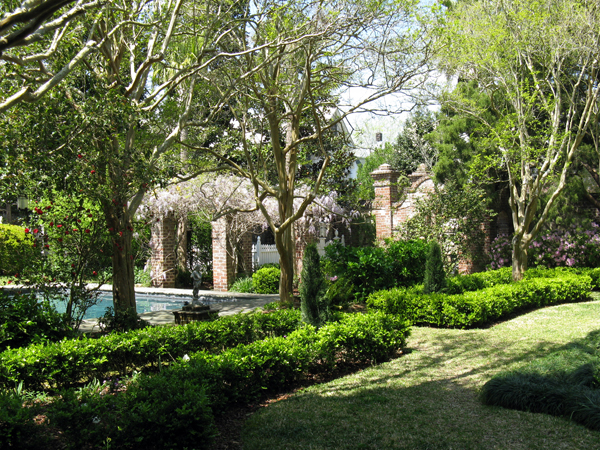 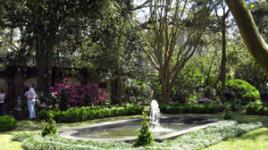 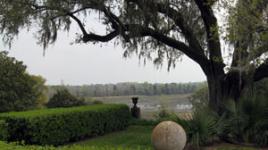