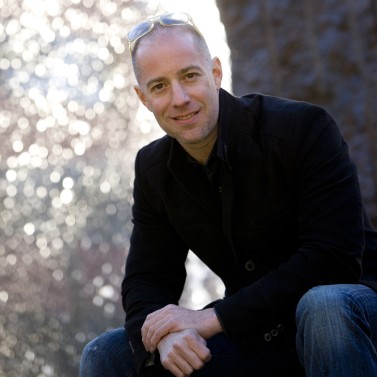 Charles A. Birnbaum, FASLA, FAAR, is the president, CEO, and founder of The Cultural Landscape Foundation (TCLF). Prior to creating TCLF, Birnbaum spent fifteen years as the coordinator of the National Park Service Historic Landscape Initiative (HLI) and a decade in private practice in New York City, with a focus on landscape preservation and urban design.

Since taking the helm at the foundation in 2008, Birnbaum’s major projects include the web-based initiative What’s Out There (a searchable database of the nation’s designed landscape heritage) and the creation of the first International Prize in Landscape Architecture named for Cornelia Hahn Oberlander. He has authored and edited numerous publications, including: Experiencing Olmsted: The Enduring Legacy of Frederick Law Olmsted's North American Landscapes (Timber Press, 2022); Shaping the Postwar Landscape, (UVA Press, 2018); the Modern Landscapes: Transition and Transformation series (Princeton Architectural Press, Volumes printed in 2012 and 2014); Shaping the American Landscape (UVA Press, 2009); Design with Culture: Claiming America’s Landscape Heritage (UVA Press, 2005); Preserving Modern Landscape Architecture (1999) and its follow-up publication, Making Post-War Landscapes Visible (2004, both for Spacemaker Press); Pioneers of American Landscape Design (McGraw Hill, 2000); and The Guidelines for the Treatment of Cultural Landscapes (National Park Service, 1996).

In 1995, the American Society of Landscape Architects (ASLA) awarded the HLI the President's Award of Excellence. In 1996, the ASLA inducted Birnbaum as a Fellow of the Society. He served as a Loeb Fellow at Harvard’s Graduate School of Design, during which time he founded TCLF. In 2004, Birnbaum was awarded the Rome Prize in Historic Preservation and Conservation and spent the spring and summer of that year at the American Academy in Rome. In 2008, he was the Visiting Glimcher Distinguished Professor at Ohio State University's Austin E. Knowlton School of Architecture. That same year, the ASLA awarded him the Alfred B. LaGasse Medal, followed by the President’s Medal in 2009. In 2017, Birnbaum received the ASLA Medal, the Society's highest award. Birnbaum has served as a Visiting Professor at Columbia University’s Graduate School of Architecture, a visiting critic at Harvard’s GSD, and currently serves as a Lecturer in Landscape Architecture at Harvard’s Graduate School of Design. He was also a frequent contributor to the Huffington Post (2011-18). In 2020 Birnbaum received the Landezine International Landscape Honour Award as well as the Garden Club of America’s Historic Preservation Medal.