It Takes One: Eddee Daniel

It Takes One: Eddee Daniel

I am a photographer and writer specializing in urban ecologies and cultural landscapes. My practice is multidimensional. I tell stories about particular places. I also examine how we perceive and construct understandings of nature in the contexts of culture and the built environment. I have long characterized my work with the paradoxical term ‘Urban Wilderness,’ which symbolizes the complexity of my subject matter as well as its inherent tensions.

I have degrees in art education with an emphasis on photography. After more than 30 years of teaching art, photography, and architecture in secondary- and higher-educational settings, for the past six years I have pursued my current practice full time. I also have a long record of environmental advocacy, having served on the boards of several local non-profit organizations. I love all of the arts. Currently, I am collaborating with two choreographers, who are incorporating my imagery into environmental-themed dance programs. My interest in cultural landscapes is less a conscious choice than a thoroughly ingrained personal temperament. 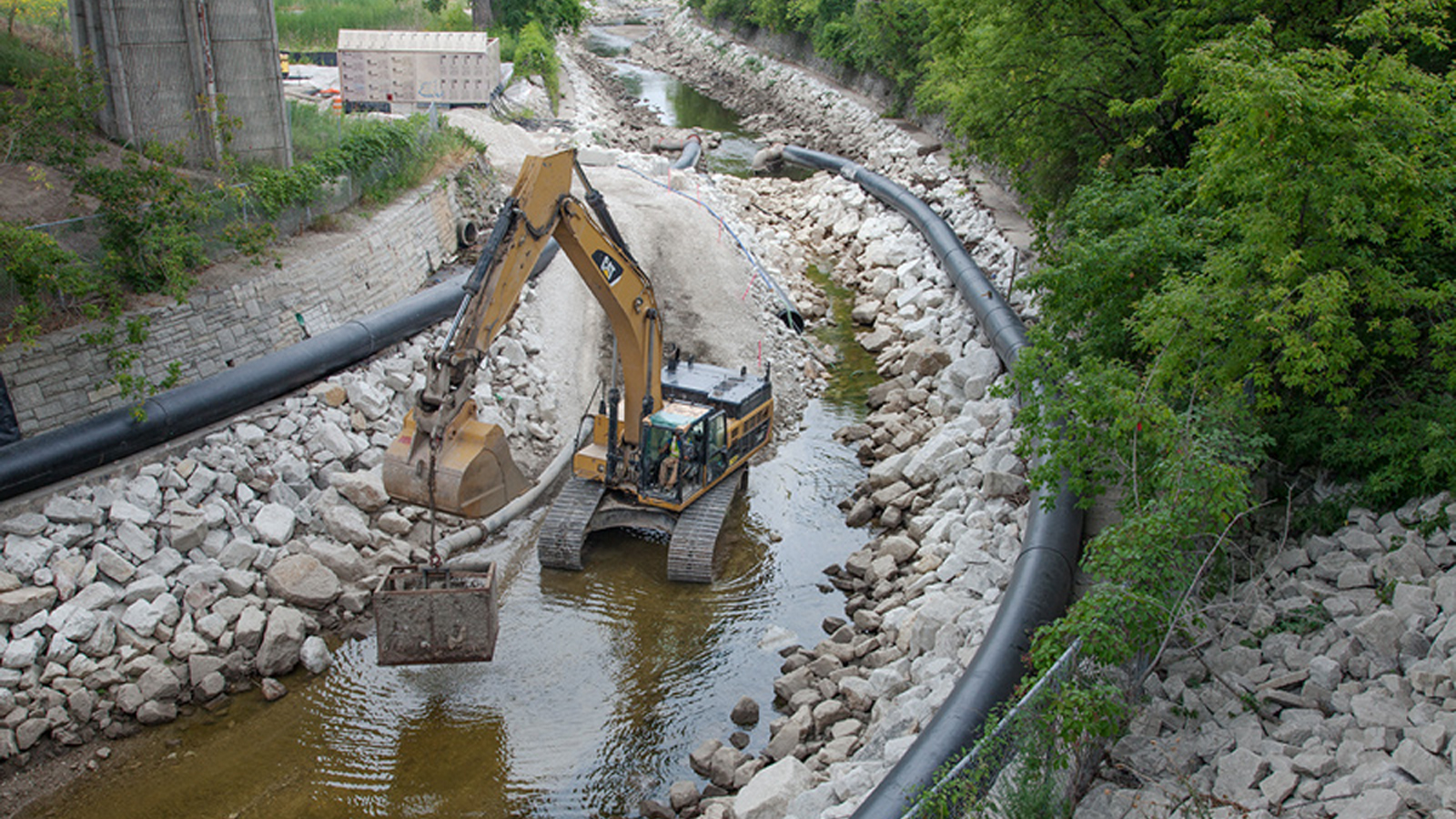 How do you define a cultural landscape?

A cultural landscape is a place, whether natural, built, or otherwise designed, that has felt the impact of the human imprint. These places may be interpreted broadly or very particularly. Today, at the beginning of what some are calling the Anthropocene Epoch—when human influence has begun to affect ecology on a planetary scale—an argument can be made that all landscapes have a cultural aspect. For the purposes of my artistic practice, I generally choose to examine landscapes where the human and natural elements are inextricably interconnected: Either there has been a deliberate effort to modify a place or the features of a place have motivated humans to adapt to it. To me, cultural landscapes are places that live in the imagination as well as exist as earthy terrain: They have stories worth telling.

What is the Urban Wilderness Project?

The Urban Wilderness Project began as a voyage of discovery as well as a means to advocate for conservation and restoration of natural habitats within my local urban and suburban setting. It was also about how to perceive a watershed while living in a city. I set out to explore and document the existing conditions within the Menomonee River watershed, which begins in an exurban area of farms and encroaching suburbs and runs through the heart of industrial Milwaukee. I spent six years exploring the physical features of the region and, in particular, its rivers and riparian parks. The project dealt with issues of land use, flood management, economic development, recreational opportunities, pollution, wildlife diversity, and habitat restoration. The outcome was a book entitled Urban Wilderness: Exploring a Metropolitan Watershed, published by the Center for American Places at Columbia College Chicago.

Beyond that specific project, I have used the term ‘Urban Wilderness’ more generally to symbolize the complexity of my experiences as well as my creative responses to the tensions and themes symbolized by this idea. The term, which for me is rich with hope as well as contradiction, has provided the conceptual underpinning for various bodies of work I have undertaken in the past 20 years. Although these bodies of work are loosely unified by the overarching ‘Urban Wilderness’ concept, they vary in focus and style from documentary realism to abstract formalism. Throughout, I try to emphasize an experience of the world that is relational and conditional rather than singular and fixed. 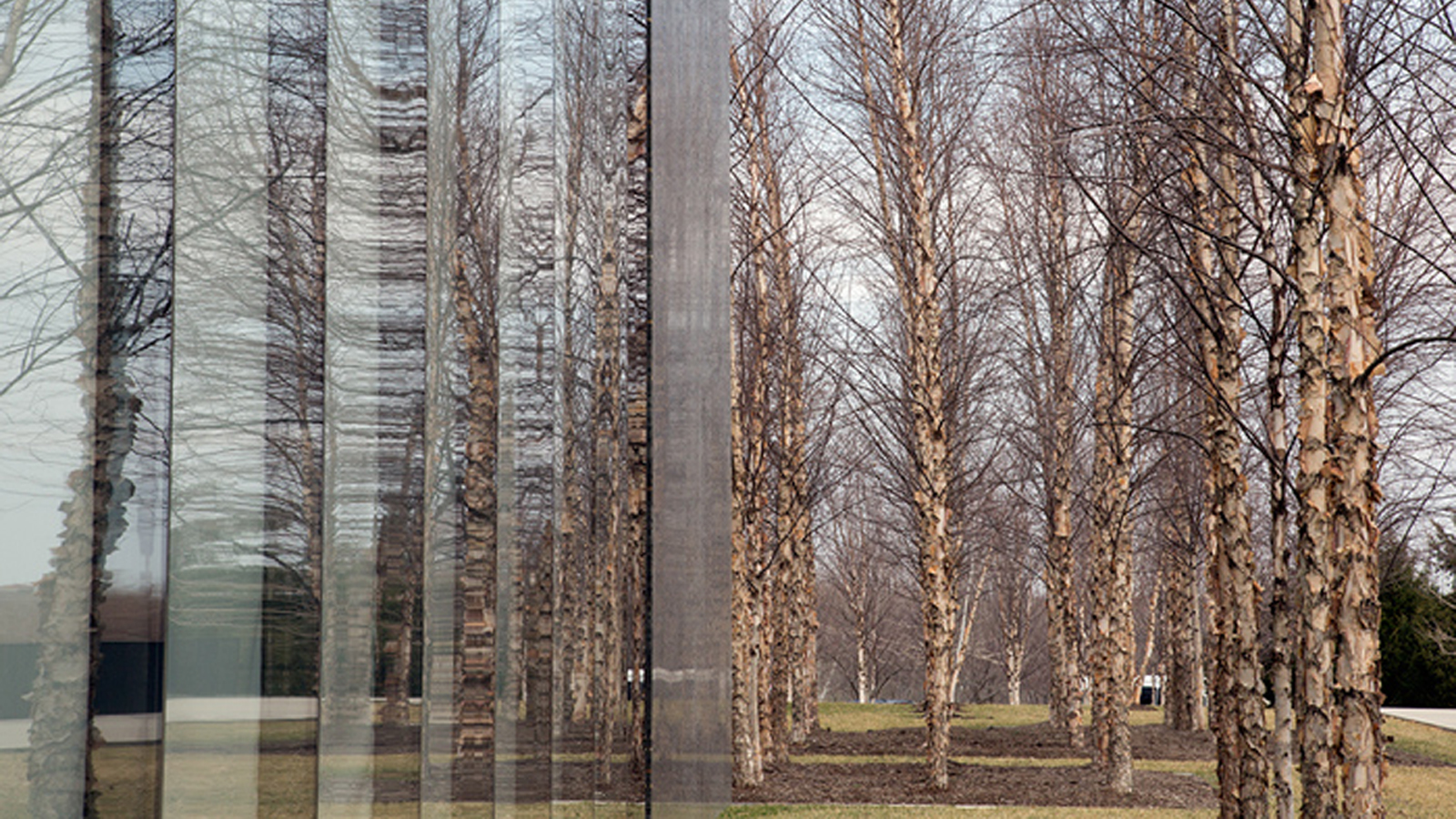 How do you choose your projects?

In a world that seems to have become an endless series of ecological catastrophes, I have made a determined effort to choose projects that tell a more hopeful story. I admire the efforts of others to raise awareness about a wide variety of important and pressing environmental concerns; that is essential. However, I seek places where I see positive transformation either underway or being planned. In 2014, I served as the inaugural artist-in-residence in Milwaukee’s Menomonee Valley, a blighted post-industrial landscape that is in the midst of economic and environmental revitalization. In 2015, I worked with the Milwaukee Metropolitan Sewerage District to document its Kinnickinnic River Project, which will eventually remove several miles of concrete channel and recreate a more naturalized river.

Is your work primarily documentary, or does it strive to do something else?

My work can be difficult to categorize. Much of what I do is documentary. My writing can be described as creative non-fiction. My photography veers between straightforward documentary and the fine art formalism that was the basis of my artistic education. I am unquestionably an advocate for many things: the creation and enjoyment of urban parklands, sustainable development, river revitalization, instilling a love of nature in children, just and equitable access to nature, etc. My artistic work often reflects this. Sometimes it is more abstract or symbolic, like the long-running personal project I call Synecdoche: the fragment that represents the whole. Uncharacteristically, but importantly, that project is not devoted to a specific place. Instead, it suggests a more universal experience of nature as fragmentary and that what remains must stand in for what has been lost.

I would like to think that I observe the world with a childlike sense of wonder. Occasionally I believe I achieve that valuable goal. But in truth, there is nearly always a defining conceptual basis to the work I do, whether symbolic, as in Synecdoche, or pragmatic, as in the restoration of a damaged river. 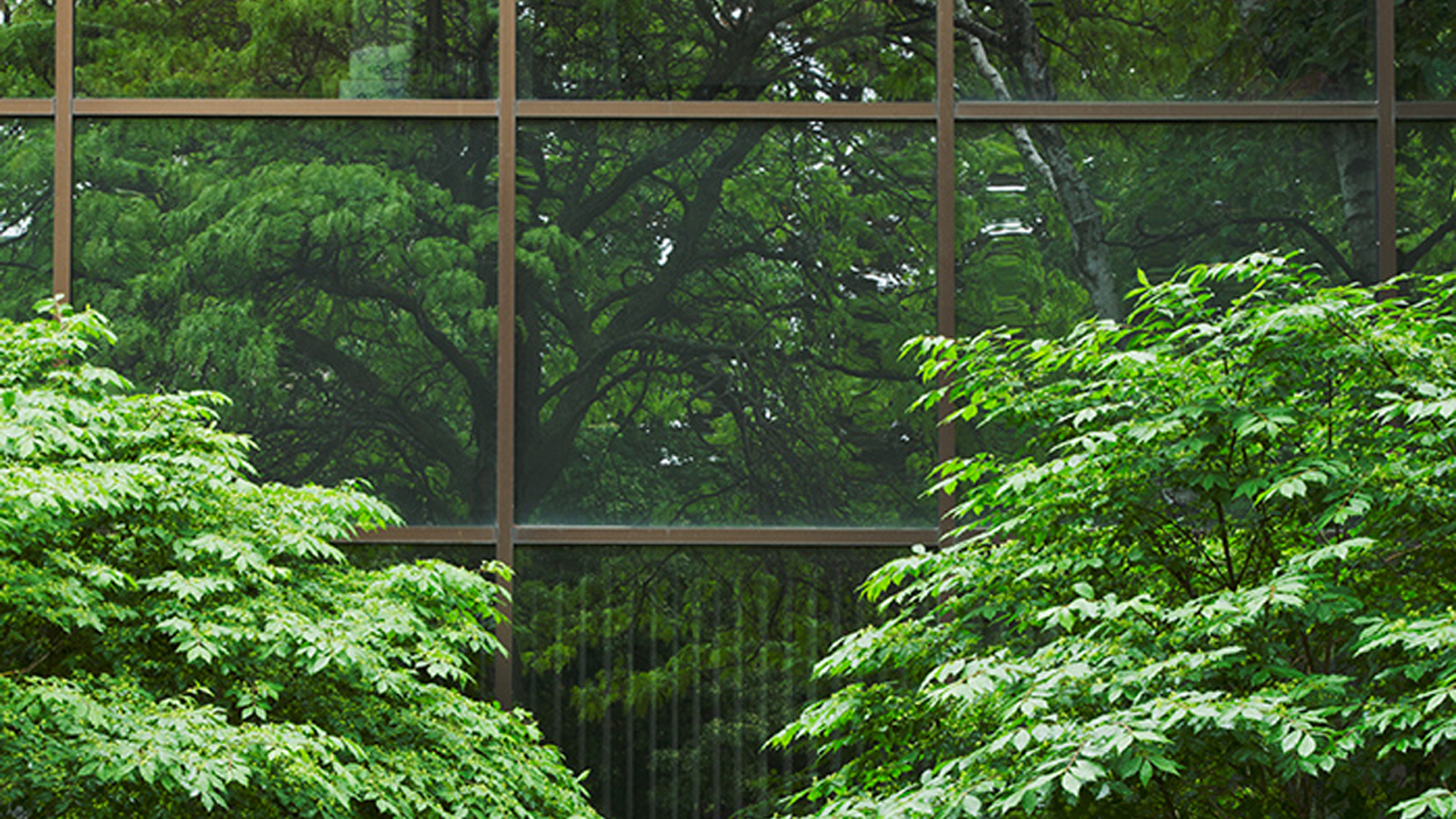 What are the advantages and disadvantages of the medium of photography in capturing the essence of a place?

Photography has nearly universal appeal due to its accessibility and democratic character. People generally believe what they see and photography can lend credence to the subject it represents. That can be an asset for a documentary project. It enables viewers to visualize a place and helps drive a narrative. However, to turn the old saw on its head, a photograph often requires a thousand words to put it into context. Without contextual support, a single image can easily be misunderstood. To remedy this potential pitfall, I rarely depend upon a single image and I include written narratives to support my theses.

Alienation from nature is a frequent theme in your work. Are parks and maintained natural areas a true remedy to such alienation?

While I am sensitive to the issue of alienation from nature, I don’t consider that a starting point. It is my fundamental belief that the human/nature divide is a false one. If I have a starting point for my practice it is the idea of the interdependency of all life and the interconnection between nature and the built environment symbolized by the theme of 'Urban Wilderness.' Having said that, in an increasingly urbanized world we do have to deal with alienation from traditional experiences of nature. I believe that urban parks and natural areas are indeed a vital component in combatting what author Richard Louv refers to as “nature deficit disorder.” In my experience, the well-documented health and spiritual benefits of exposure to the natural world accrue to time spent in urban natural areas as readily as elsewhere.

What message would you like to give our readers that may inspire them to make a difference?

Like most people who grew up in the 1950s and 1960s, a huge percentage of my youth was spent outdoors and unsupervised. That kind of upbringing is so rare today that children fortunate enough (from my perspective) to have that experience are dubbed “free-range kids.” If children are not provided with daily opportunities to run free in nature, the consequences will not only affect their own development, potentially leading to an increase in physical disabilities, decreased mental acuity and spiritual poverty, it will also create a society that no longer values nature enough to protect what remains.

As more and more of the global population lives in urban settings, sensitively designed public parks and natural areas become increasingly vital to everyone’s future. We cannot reset the clock to 1955, but we can create a future that enables people of all ages to see and touch nature within their own communities. 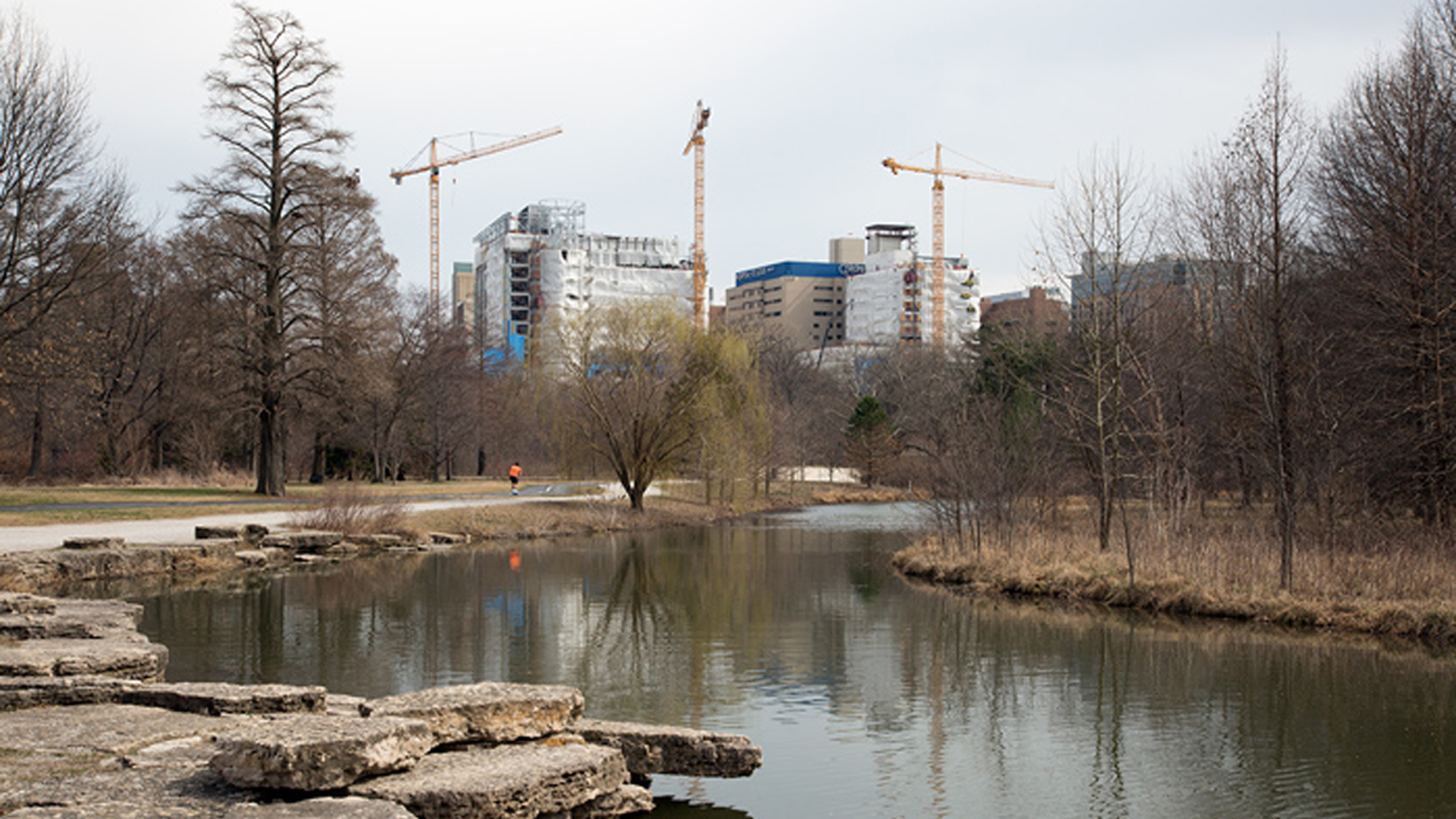