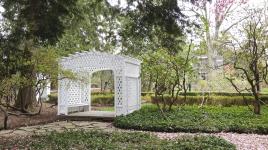 In 1877 Pennsylvania railroad executive Edmund Smith acquired sixty-five acres, constructing a large stone house and laying out the grounds with the aid of landscape gardener Charles Miller (Miller & Hayes, Mt. Airy). In 1901 Samuel and Eleanor Bodine acquired the property, rebuilding the mansion as a Tudor Revival manor and hiring a succession of designers to refine the grounds. The firm of Pentecost and Vitale introduced dramatic Beaux Arts gestures, including a circular flower garden and pergola, elaborate terraces, and an axial entry court. In 1908 the Bodines hired Olmsted Brothers to consult on the property’s development, maintenance, and eventual subdivision. The firm also advised their son William, who built his home on the northern portion of the property. Following Samuel Bodine’s death in 1932, the remainder of the estate was acquired by Otto and Phoebe Haas; they, too, called on Olmsted Brothers, making this one of the firm’s longest associations with an estate landscape, spanning a half century.

Olmsted Brothers’ work at Stoneleigh, which softened the Beaux Arts plan, was overseen by firm principal Percival Gallagher. The circular garden was retained but its interior fitted with an open lawn. The formal entry sequence was replaced by a curving drive, while pasturelands between the stable and Willow Cottage were converted into a paddock, and ultimately a great lawn. Careful manipulation of grading and planting ensured continuity between the earlier work and the new. The service aspects of the estate were subordinated while new house construction was accommodated through sensitive subdivision of the property. Beyond the house and gardens, curving walks and lawns afforded sweeping views from the preserved portions of the terrace. The Olmsted Brothers were brought back in for minor adjustments in 1937, to advise on selectively thinning overgrowth, and finally in 1958 following a severe winter storm.

In 1996 the property was placed under a conservation easement by the Haas’ son and daughter-in-law, and subsequently entrusted to Natural Lands in 2016 following their passing. Today the property is open to the public. 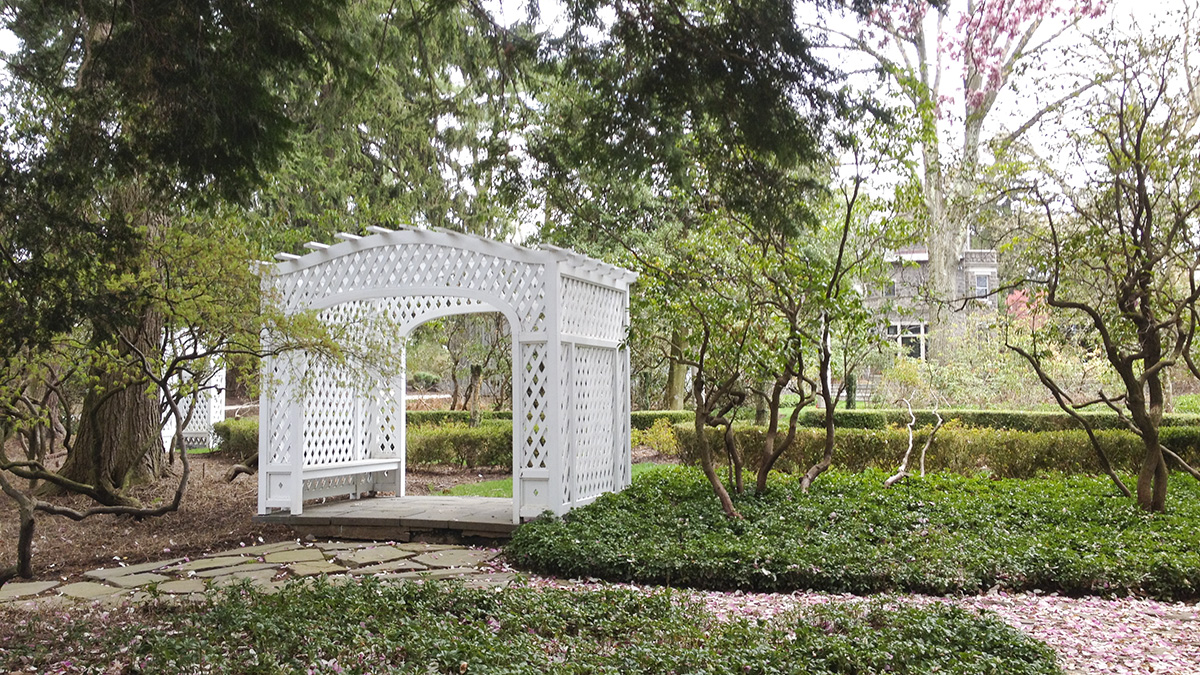 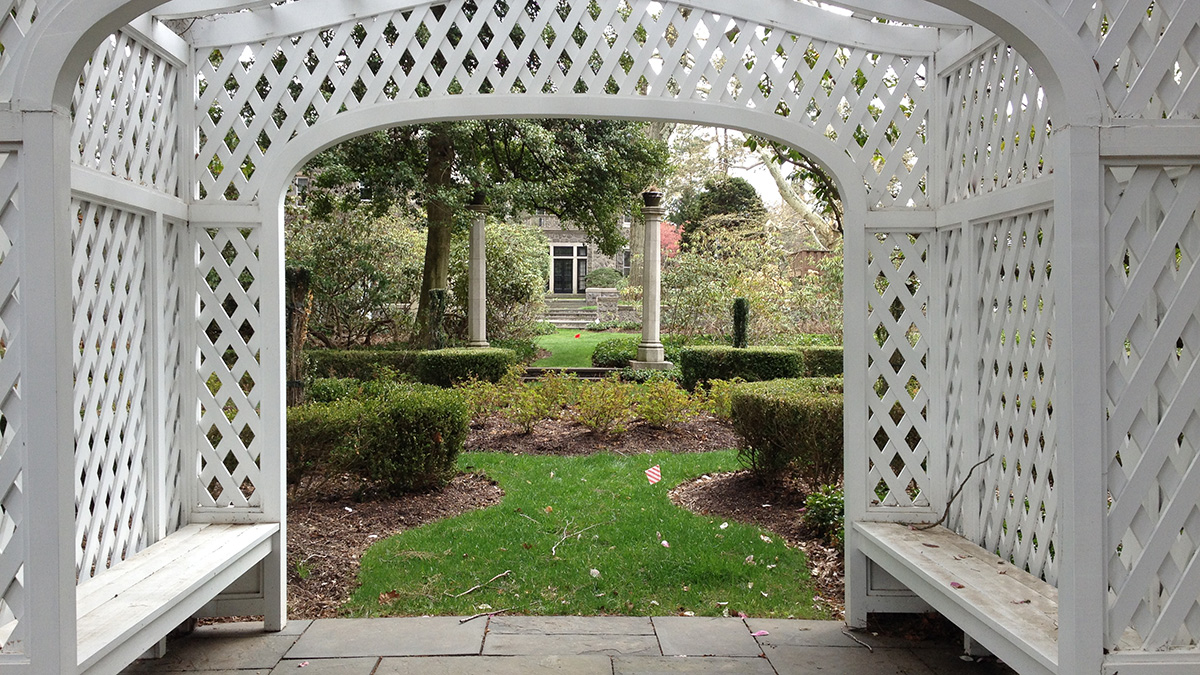 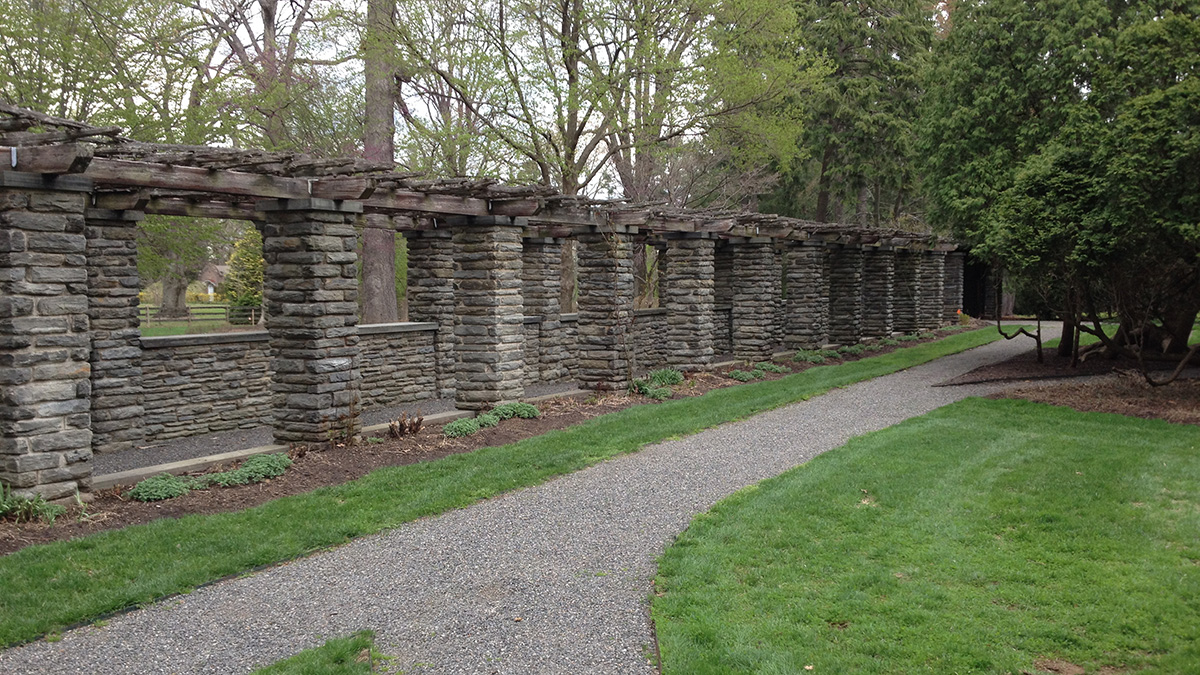 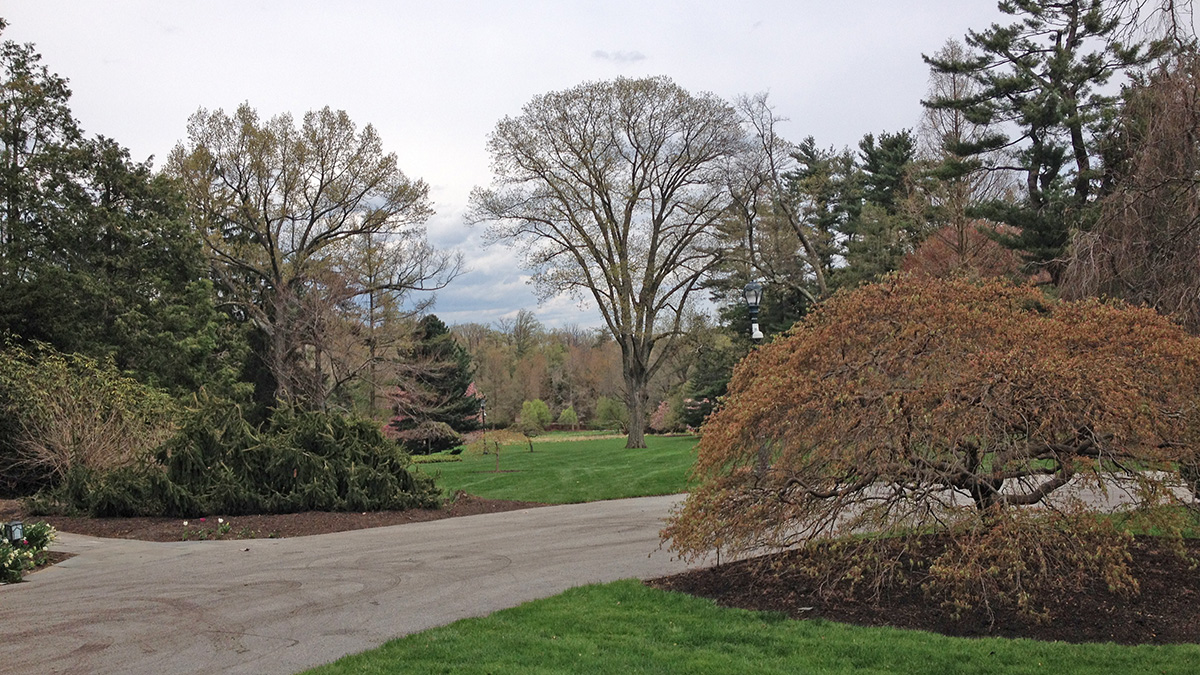 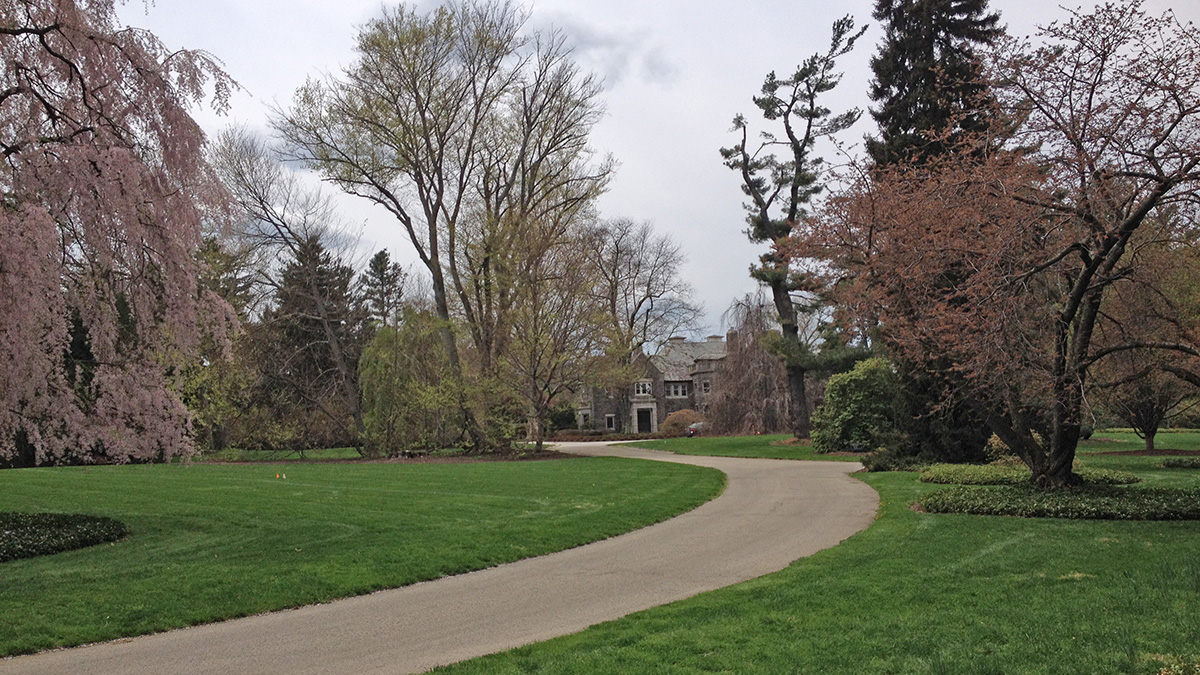 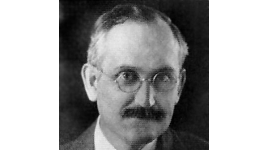 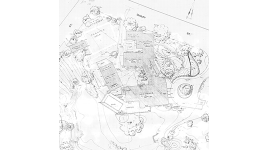