The fourteenth oral history in The Cultural Landscape Foundation’s (TCLF) Pioneers of American Landscape Design®Oral History Project, a richly produced documentary chronicling the life and career of landscape architect William “Bill” Johnson, is now in the final stages of production, and we need your help to complete the funding.

As with each other oral history, the one about Johnson will be parsed into approximately thirty one- to four-minute clips and organized under the themes of “biography,” “design,” and “projects.”  The Lansing, Michigan-born Johnson studied landscape architecture at Michigan State University and graduated in 1953. Following his military service, he completed an M.L.A. at Harvard’s Graduate School of Design (GSD). While in Cambridge, he worked for Hideo Sasaki and was an instructor at the GSD. Returning to the Midwest to practice, Johnson formed Johnson, Johnson and Roy (JJR) in 1961, a partnership with his brother Carl and friend Clarence Roy. A master plan for the University of Michigan in Ann Arbor established the firm’s approach of integrated planning and analysis. The search for fitness, harmony, and community involvement became William Johnson’s core design philosophy and a trademark of JJR’s work.

Throughout his career, Johnson blended practice, at JJR (1961-1975) and as William J. Johnson Associates (1980-1992), with his commitment to education. A professor of landscape architecture beginning in 1958, he served as dean of the School of Natural Resources at the University of Michigan from 1975 to 1983, and became Professor Emeritus in 1988. Johnson’s practice focused on campus, resort, and community planning, as well as parks and recreation projects. He formed a partnership with Peter Walker in 1992, which led to many national and international commissions. Johnson was named a Fellow of the American Society of Landscape Architects in 1973 and awarded the ASLA Medal in 1986.

The Johnson oral history was shot on location at significant projects in Michigan and in his studio.  The goal of the oral history series is to make each practitioner’s story available to future generations of stewards, students, designers, researchers, and heritage travelers. In addition to producing and distributing the video oral history, TCLF will produce and publish a written transcript of the history, distribute the oral history through its website, and launch it as an installment of the series on YouTube.

The clip embedded in this article (above) features Johnson talking about his influential work on the University of Michigan campus.  The clip was taped and edited by TCLF, and scored by Brian Cho; all told, the oral history has taken more than a year to produce.  Now we need your help.  Nearly $50,000 has been raised for the Johnson Oral History to date, with a remaining shortfall of $15,000. Please consider making a tax-deductible donation to help complete this project. 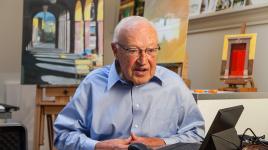 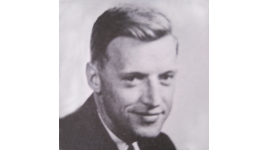 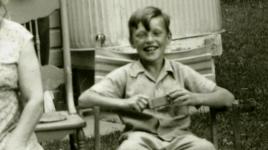 William "Bill" Johnson Speaks About the Power of Art
Pioneer 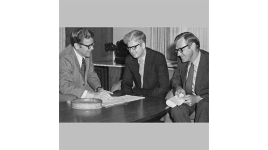