What's Out There Weekend Nashville Was a Crowd-Pleaser

What's Out There Weekend Nashville Was a Crowd-Pleaser

What's Out There Weekend Nashville Was a Crowd-Pleaser
Apr 15, 2019

Nearly 1,000 people registered for What’s Out There Weekend Nashville, two days of free, expert-led tours throughout the city on April 13-14. Tour goers came away with a deeper understanding of the critical relevance of landscapes and landscape architecture. One attendee of the tours enthusiastically noted, “The tour I went on today was as great as the one yesterday-full of interesting people, generating good conversation. What a gift to us all. I wish I could have gone to all of them!” The tours were accompanied by the launch of the What’s Out There Nashville guidebook (available for purchase here), which showcases the diversity of Nashville’s landscape legacy with richly illustrated essays on some 36 sites.

The program began with a lively private reception on Friday, April 12, at the Nashville Civic Design Center. Gary Gaston, CEO of the Nashville Design Center, opened the reception, followed by an address to an excited crowd of 60 invitees by TCLF’s Charles Birnbaum. The evening set the stage and built momentum for the 26 tours that followed over the next two days. 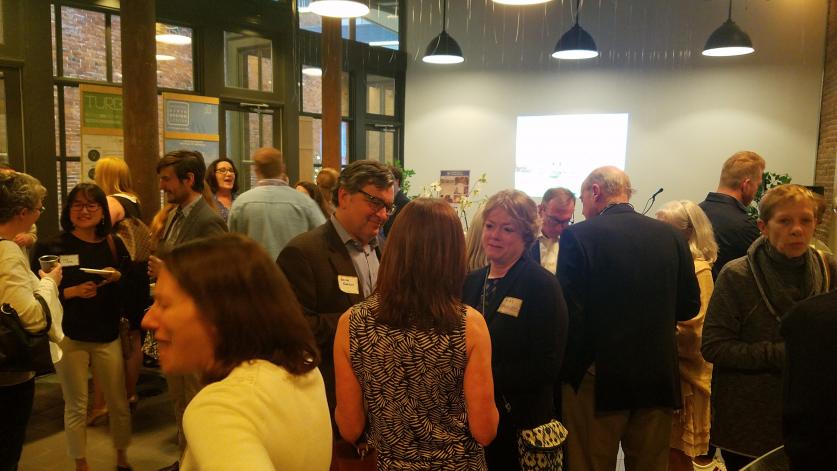 What's Out There Weekend Nashville reception at the Nashville Civic Design Center - Photo by Justin Clevenger, 2019

The series of tours kicked off with a busy Saturday morning that began with a 7:30am tour of Radnor Lake, Tennessee’s first State Natural Area, with head ranger Steve Ward and Dr. Douglas Heffington, a longtime volunteer at the site. Other morning tours included the stunning grounds of the Belmont Mansion, with its executive director, Mark Brown; the nearly 200-year-old Nashville City Cemetery with Fred Zahn of the Metropolitan Historic Zoning Commission; and the Fisk University campus with Adrienne Latham, the university’s director of alumni affairs. Tim Netsch, assistant director for planning and facilities development with Metro Parks, and Tim Walker, executive director of the city’s Historical Commission, led a fun and educational excursion through the reconstructed, Civil War-era Fort Negley. The afternoon continued with a cheery tour of Music Row with Carolyn Brackett of the National Trust for Historic Preservation. Professor Michael Kreyling and Denise Weyer, director of the Shelby Bottoms Nature Center, led an informative tour of the scenic, 366-acre Shelby Park in east Nashville.

A packed Saturday afternoon started with an excursion to Travellers Rest Historic House Museum, a former plantation with layers of Native American history, led by the museum’s educational director, Tonya Staggs. Another popular tour was Howard Kittell’s behind-the-scenes excursion of Andrew Jackson’s Hermitage, where he serves as the president and CEO. Moving from the historic to the contemporary, a simultaneous tour of Nashville’s Public Square was led by Gary Hawkins, the landscape architect behind the site’s 2008 redesign. The tour occurred during the Cherry Blossom festival, which showed just how lively the space can be. Tours of college campuses and burial grounds followed, with Judson Newbern leading groups through the grounds of Vanderbilt University and Peabody College, and Christine Kreyling, author of the often-cited The Plan for Nashville, walking guests through Mount Olivet and Calvary Cemeteries. Jim Hoobler, the senior curator of art and architecture at the Tennessee State Museum, lent his expertise to a tour of the symbolic landscape of the Tennessee State Capitol, a National Historic Landmark that offers some of the best views of Nashville. Participants also took in the Clover Bottom Mansion, the headquarters of the Tennessee Historical Commission, with its director, Patrick McIntyre, and its historic sites program director, Dan Brown. Historian Dr. Carole Bucy and Jim Douglas, partner emeritus at HDLA, offered an insider's look at the Scarritt Bennett Center with its iconic memorial tower. 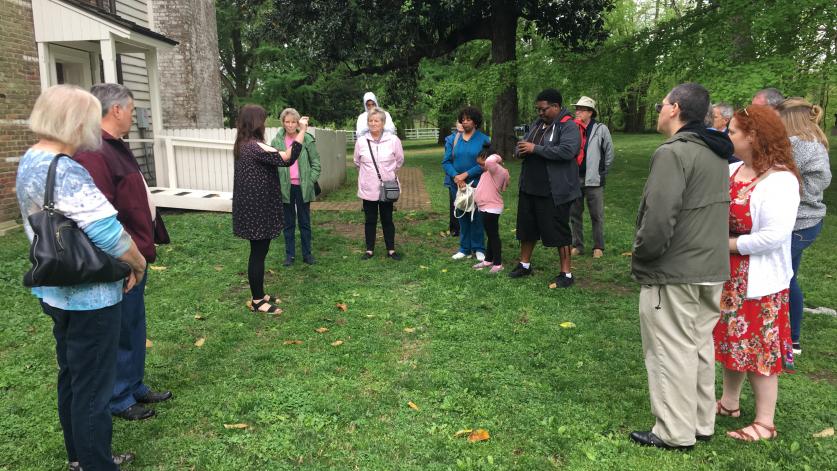 Participants braved the threat of rain on Sunday, showing up with enthusiasm and in force despite the gray weather. The morning began with a tour of Temple Cemetery, the first Jewish burial ground in the state, led by Leona Fleischer. Next came an excursion through the Bells Bend Conservation Corridor, a unique ethnographic site six miles west of Nashville, with Keith Loiseau giving a passionate description and welcoming participants to a lively lunch afterwards. Tours continued with a walk around the campus of the historically African American Tennessee State University, with Joel Dark and Lea Williams. Attendees also got a close-up look at Upper Broadway and experienced the vernacular character of The Gulch, with Christine Kreyling and Kem Hinton, founding partner of local architecture firm Tuck-Hinton.

The afternoon started with a walk around the Belle Meade Golf Links Historic District with former Nashville councilwoman Emily Evans. Tours continued with a combination of the John Seigenthaler Pedestrian Bridge and Riverfront Park with Kim Hartley Hawkins, a local landscape architect and founding principal of Hawkins Partners, Inc. At the same time, Ophelia Paine, author of Who’s Who in Nashville’s History, and Liz McLaurin, president and CEO of the Land Trust for Tennessee, gave a fact-filled and entertaining tour of the layered history of the remaining 64 acres of Glen Leven Farm, the largest intact portion of the site of the Battle of Nashville. One of the most popular and anticipated tours was of Cheekwood Botanical Gardens and Museum of Art, where an eager group was led by Cheekwood’s president and CEO, Jane O. MacLeod, and Peter Grimaldi, vice president of gardens and horticulture. Closing out the weekend were three outstanding and fascinating landscapes: a tour of Centennial Park, with its full-scale replica of the Parthenon, was led by two knowledgable young designers—Chris Barkley, a partner at HDLA, and Chloe Hawkins of Nelson Byrd Woltz. Erica Dahlren led a group around Belle Meade Plantation, where she serves as the director of interpretation, and, last but not least, local landscape architect Tara Armistead and historian Bob Parrish eloquently described the history and various natural features of the Warner Parks, a 3,000-acre landscape listed in the National Register of Historic Places. 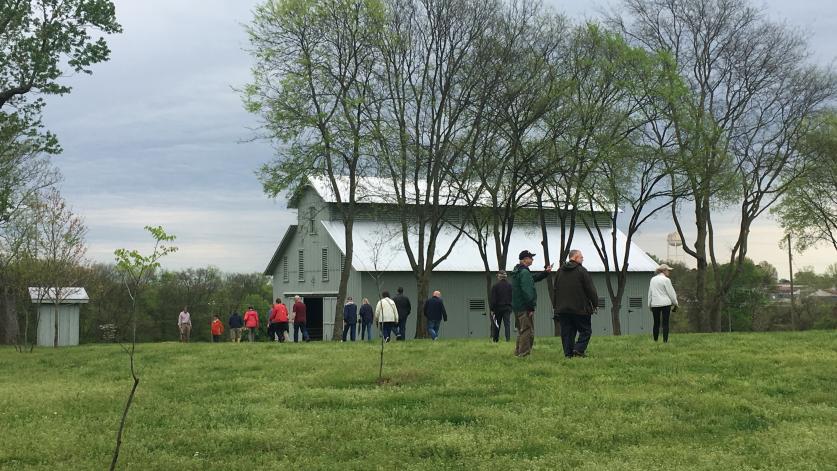 The weekend could not have happened without support from the National Endowment for the Arts and the Nashville Convention & Visitors Corp., or without the work of the phenomenal Nashville Advisory Committee, led by Ann Roberts, Lee Ann Anderson, Eleanor L. Willis, Judson Newbern, and Christine Kreyling.

Visit the constantly expanding What’s Out There Nashville guide to learn more about the region's rich legacy of cultural landscapes and their designers.