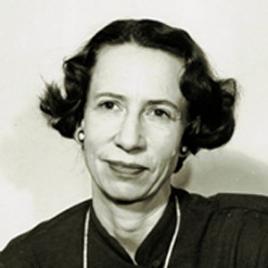 Born in Los Angeles, California, Shellhorn received career advice at a young age from her neighbor, landscape architect Florence Yoch. She attended the School of Landscape Architecture at Oregon State College before expanding her design repertoire at Cornell University’s College of Architecture.

Shellhorn returned to Southern California in the midst of the Great Depression and started her own design practice. During World War II she worked on the Shoreline Development Study, which established restrictions on oil drilling in Santa Monica Bay and became a precedent for the goals of the California Coastal Act. From 1945 to 1978 she designed landscapes and site plans for Bullock’s department stores, creating Modernist designs in a park-like setting that evoked a sun-soaked, leisurely lifestyle. In 1956, Shellhorn was hired by Disney, and is responsible for Disneyland’s comprehensive pedestrian circulation system, Entrance, Main Street and Plaza Hub, creating the small-town America feeling envisioned by Walt Disney.

During her 57-year career, she completed hundreds of private gardens, with clients including Spencer Tracy, Gene Autry and Barbara Stanwyck, and also designed numerous commercial projects, medical clinics, schools, and universities. Shellhorn was named a Fellow of the American Society of Landscape Architects in 1971.

Ruth Patricia Shellhorn was born in Los Angeles, California, on September 21, 1909. Her parents, Dr. Arthur L. Shellhorn and Lodema Gould Shellhorn, promoted the ideals of hard work and self-determination and were socially progressive, encouraging their daughter at an early age to identify a profession that would make use of her mathematical skills and artistic abilities. Seeking career advice from her neighbor, the already well-known landscape designer Florence Yoch, Shellhorn was attracted to a career that would provide regular contact with the out-of-doors. She decided to become a landscape architect when she was fifteen years old.

Shellhorn left California in 1927 to attend the Oregon State College (University), School of Landscape Architecture. An outstanding student, she earned recognition with a number of accolades. She was the first woman to win the Alpha Zeta Scholarship Cup for highest grades in the School of Agriculture. In addition, she won the Clara Waldo Prize for Most Outstanding Freshman Woman, was named Phi Kappa Phi in her junior year, and earned a national award in a Beaux-Arts design competition.

Seeking to expand her design repertoire, Shellhorn transferred to Cornell University’s College of Architecture in 1930 where she, again, achieved distinction for her design work and service to the academic community. Capturing the Charles Goodwin Sands Memorial Medal for most outstanding Design in a collaborative senior project, she also served as President of Psi Chapter Kappa Kappa Gamma and was named national architect for her sorority for five years. Unable to afford a final year away at college, Shellhorn left Cornell in 1933, four units short of her degree. During a review of department records, it was discovered that Shellhorn had completed enough units to earn two degrees. Cornell University belatedly granted Shellhorn her Bachelor of Landscape Architecture and Bachelor of Architecture degrees in June, 2005.

Returning to southern California during the Depression, job prospects for luxury services such as landscape architecture were bleak and Shellhorn lived at home while she sought professional opportunities. A local home furnishings store gave her the chance to display some landscape drawings and she collaborated with a local architect and interior designer to offer a full array of design services for nine residences in Whittier, California. Shellhorn earned $25 for her first landscape design. 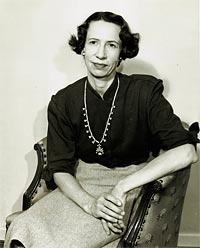 Despite the Depression, Shellhorn completed a number of commissions for private gardens, located throughout southern California, before World War II broke out. When jobs were in short supply, she worked briefly with Florence Yoch and Ralph Cornell, who exerted a strong influence on her approach to design. As her practice grew, she gained the attention of wealthier clients and her body of work grew to include estates in Bel Air and Pasadena.

On November 21, 1940, she married Harry A. Kueser. Shellhorn credits her unusually prolific career to the special business partnership she and her husband created after he retired from banking in 1945 to join her firm.  He took care of the financial aspects of the business, worked with her in the field surveying smaller properties and helped supervise job installations, thereby liberating Shellhorn to dedicate herself to the creative aspects of her work. Childless, they were constant companions until his death in 1991.

With private landscape jobs still scarce during the onset of World War II, Shellhorn began a 2-year project working on the Shoreline Development Study for the Greater Los Angeles Citizens Committee, a private group of civic-minded businessmen. Augmenting work of the Los Angeles City and County Regional Planning Commission, Shellhorn’s importance as a pioneer of landscape design could well be attributed to her participation in this project alone. A harbinger for restrictions on oil drilling in Santa Monica Bay, a precedent for the goals of the later-enacted California Coastal Act, an advocate for the use of public funding for recreation and parkland acquisition, the Shoreline Development Study also paved the way for installation of Los Angeles’ first sewage treatment plant. In a time and place where a woman’s presence was unusual, Shellhorn perceived no gender discrimination and the Study provided her with a satisfying opportunity to work on a project ordinarily reserved for her male contemporaries. 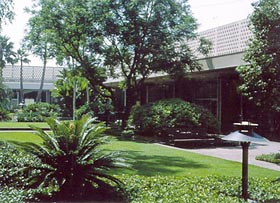 These were modernist landscape designs, evoking a sun-soaked, leisurely lifestyle, and came to epitomize the “Southern California Look.” Company executives, anxious to lure post-World War II, middle-class disposable income to the stores, allowed Shellhorn to work directly with site planners and architects from the beginning of each project. She recognized that the shopping experience began the moment a customer pulled into the parking lot and she designed those areas with a generous number of trees and bursts of exuberant color. Especially on the Fashion Square projects, where different architects designed each of the stores, Shellhorn’s goal was to create a harmonious transition between buildings with various architectural styles. She composed beautiful, courtyard-like settings, designed to attract customers who were, or wished to be, well-educated, traveled, cultured. In these park-like settings, Shellhorn’s designs redefined shopping as a relaxing and enjoyable activity. 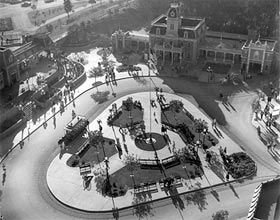 Shellhorn paid exquisite attention to detail, personally selecting and placing all trees and shrubs, often saving large specimens from the original site, and overseeing the progress of plants grown by nurseries for a specific project.  She was a strong proponent for the importance of maintenance and was retained as consulting landscape architect for the Bullock’s/Fashion Squares from 1945 to 1978 in order to review maintenance procedures.  During that time, Shellhorn visited each of the sites several times a year to take notes and write voluminous recommendations for management tasks and procedures.  When it came to tree pruning, she sometimes made sketches of individual trees, noting each branch to be removed.

In addition to her elegantly-styled private and commercial landscapes, Shellhorn demonstrated a flair for site-planning that went well beyond the ken of the white-gloved lady designer. Her sensitivity to scale and context, coupled with a determined commitment to design with the ultimate user in mind, produced an appropriately charming solution to the many issues that were resolved during the fast-forward construction of Disneyland. These skills were also applied to the first phases of planning and design for the University of California at Riverside.

Originally hired by Walt Disney just three months before opening day in July, 1955, Shellhorn’s task was to act as part-time liaison between Disney Studios and the talented Jack and Bill Evans, who were responsible for plantings at the park. But, with separate Art Directors in charge of each of the five “Lands,” and construction of many of the rides and attractions throughout the park already underway, there was still no final site plan for the park. Shellhorn ultimately turned her full-time attention to designing a complete pedestrian circulation plan for the entire park.  She also created plans for the well-loved Town Square, Main Street, and Plaza Hub, successfully evoking the small-town America envisioned by Walt Disney. In addition, she oversaw design of many of the planted areas throughout the park and assisted with major tree placement and, in some cases, the outline of water courses.  Her contribution helped transform Disneyland from a mere amusement park into a magical kingdom.

In 1956, Shellhorn was competitively selected as the Supervising and Executive Landscape Architect for the newly-opened University of California at Riverside. The position included responsibility for site design and new landscaping as well as the design of roads, walks, lighting, and utilities on the campus. She held the post for eight years, completing a campus-wide master landscape plan and detailed plans for more than a dozen building areas. She also held other Executive and Consulting Landscape Architect positions for such academic institutions as Marlborough School for Girls from 1968 – 1993, El Camino College from 1970 – 1978,  and Harvard School from 1974 – 1990.

Shellhorn was a fair-minded professional with a prodigious work ethic. She approached each job as a unique opportunity and did not sit down to execute a design until she had thoroughly studied the site and clarified her client’s program. Along with her husband, she often worked 6 or more days a week, frequently giving up vacations to satisfy the demands of their practice.  Although she never advertised and never applied for an award, she received numerous honors for her designs including at least eight Los Angeles Beautiful Awards, several National Industrial Landscape Awards by the American Association of Nurserymen, civic beautification awards, and chamber of commerce awards. For her leadership and dedication to her field of practice she has been listed in Marquis Who’s Who in America since 1978, named a Fellow of the American Society of Landscape Architects in 1971, and honored as Horticulturist of the Year by the Southern California Horticultural Institute in 1986. As a role model for professional women, she was named Woman of the Year by the Los Angeles Times and the South Pasadena, San Marino Business and Professional Women’s Club in 1955.

In 2005, Shellhorn agreed to donate her papers and drawings to the UCLA Library Special Collections at the University of California in Los Angeles. She passed away on November 3, 2006 at the age of 97 years old.

Bennett, Carolyn Doepke and Comras, Kelly.  “Pioneers of American Landscape Design, Vol. II.”  Edited by Charles Birnbaum and to be published by McGraw-Hill in 2005.

“Shopping for landscape ideas in and around Los Angeles”, Sunset Magazine, March 1969. 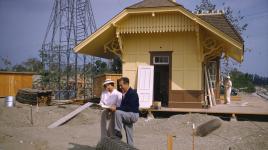 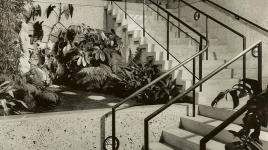 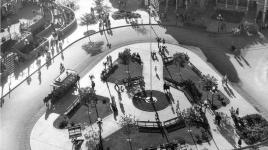 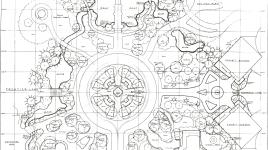 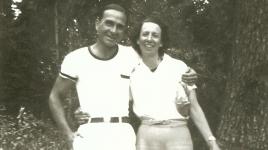 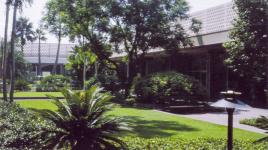 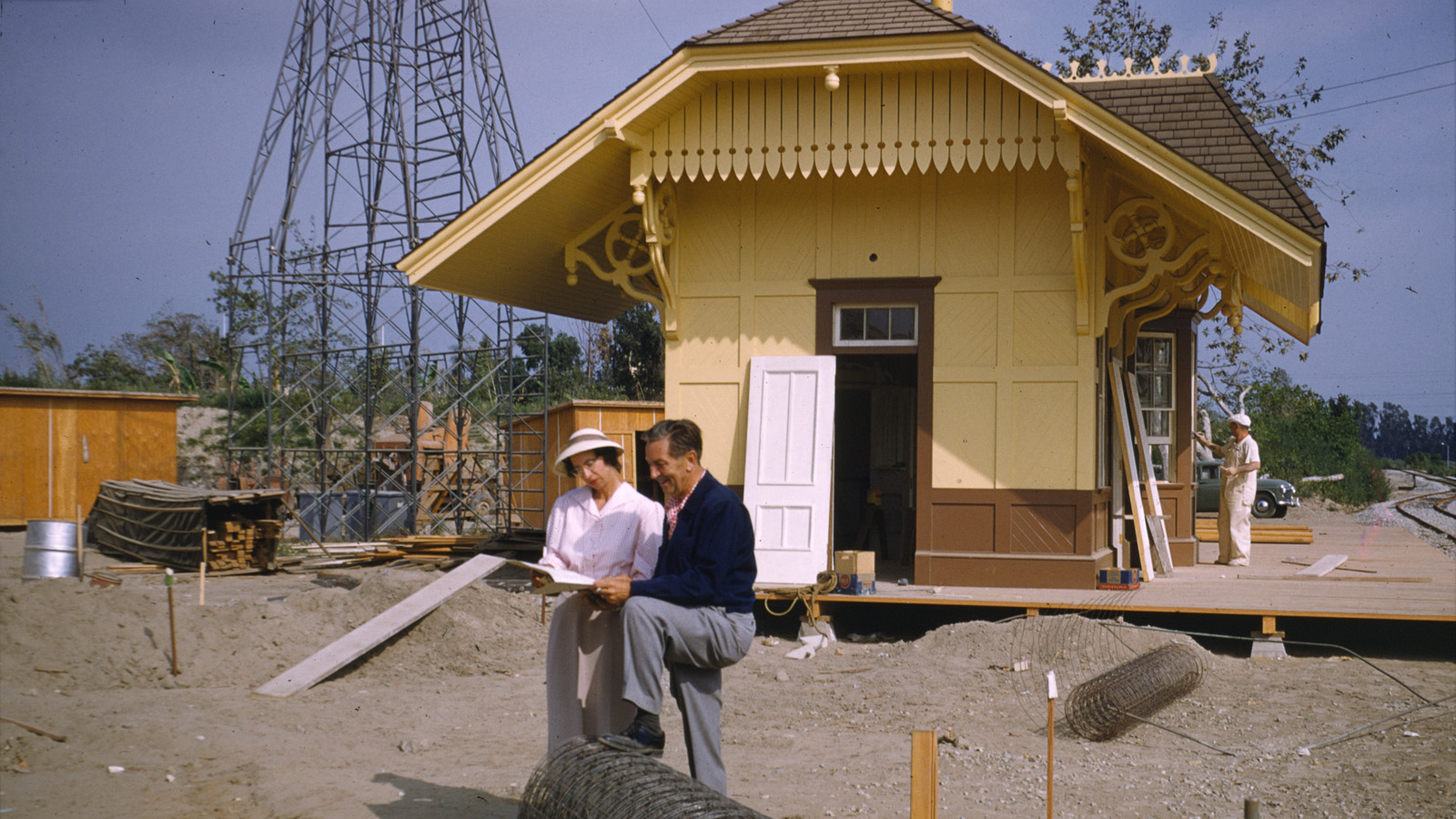 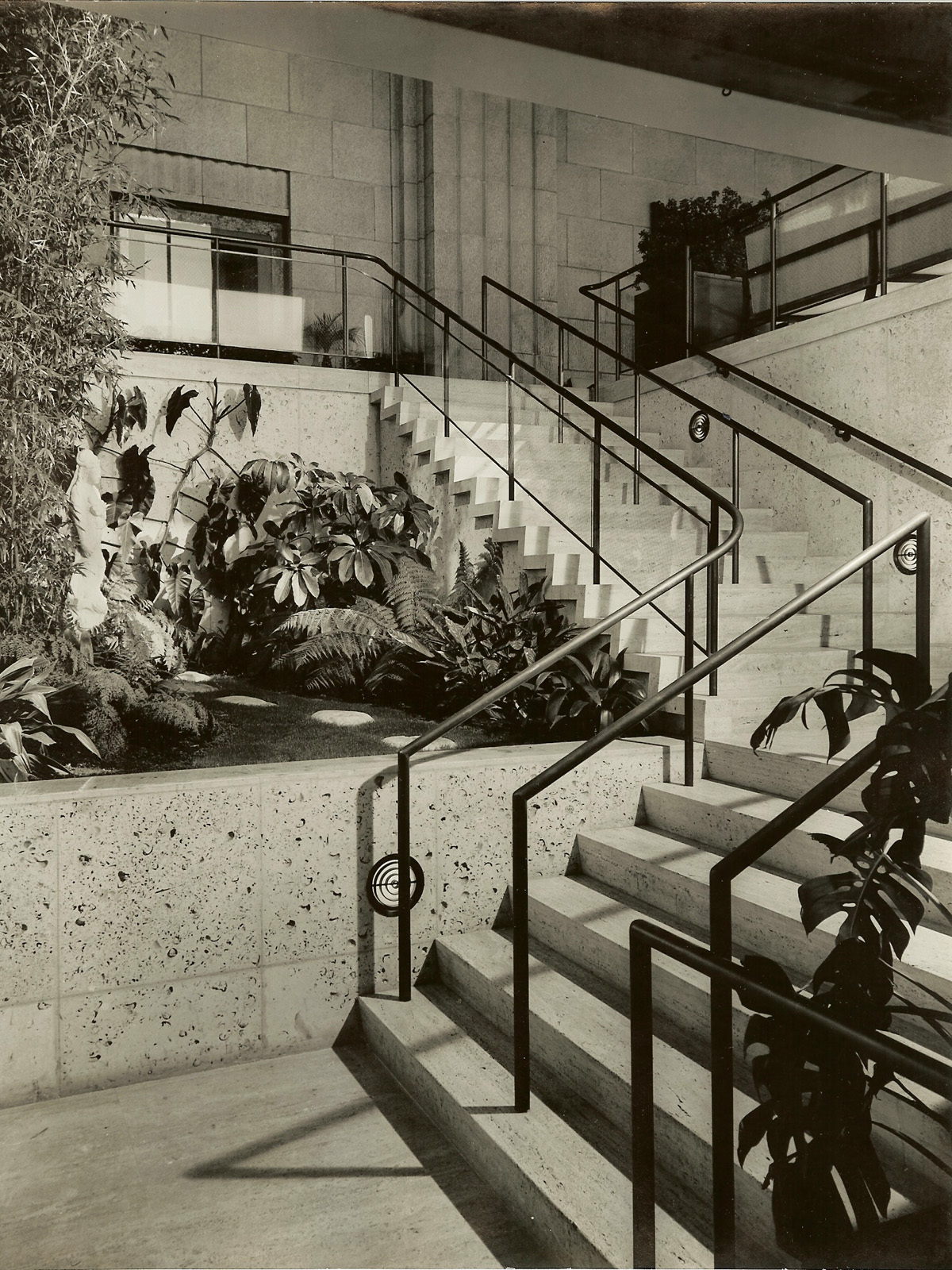 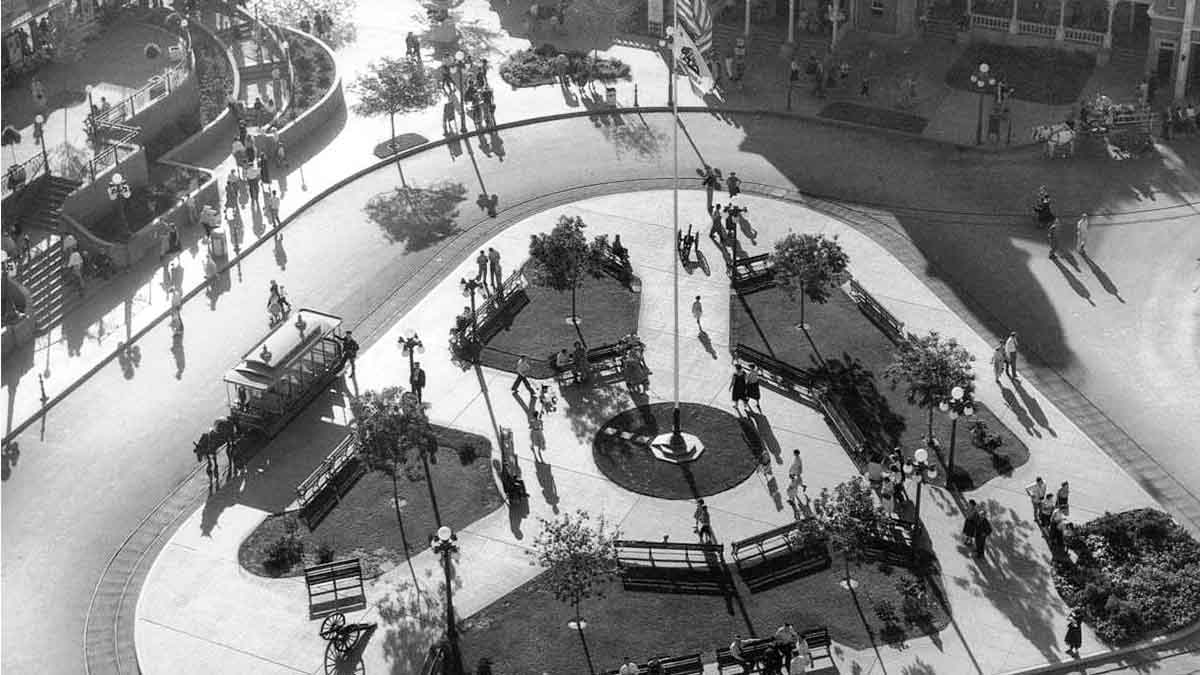 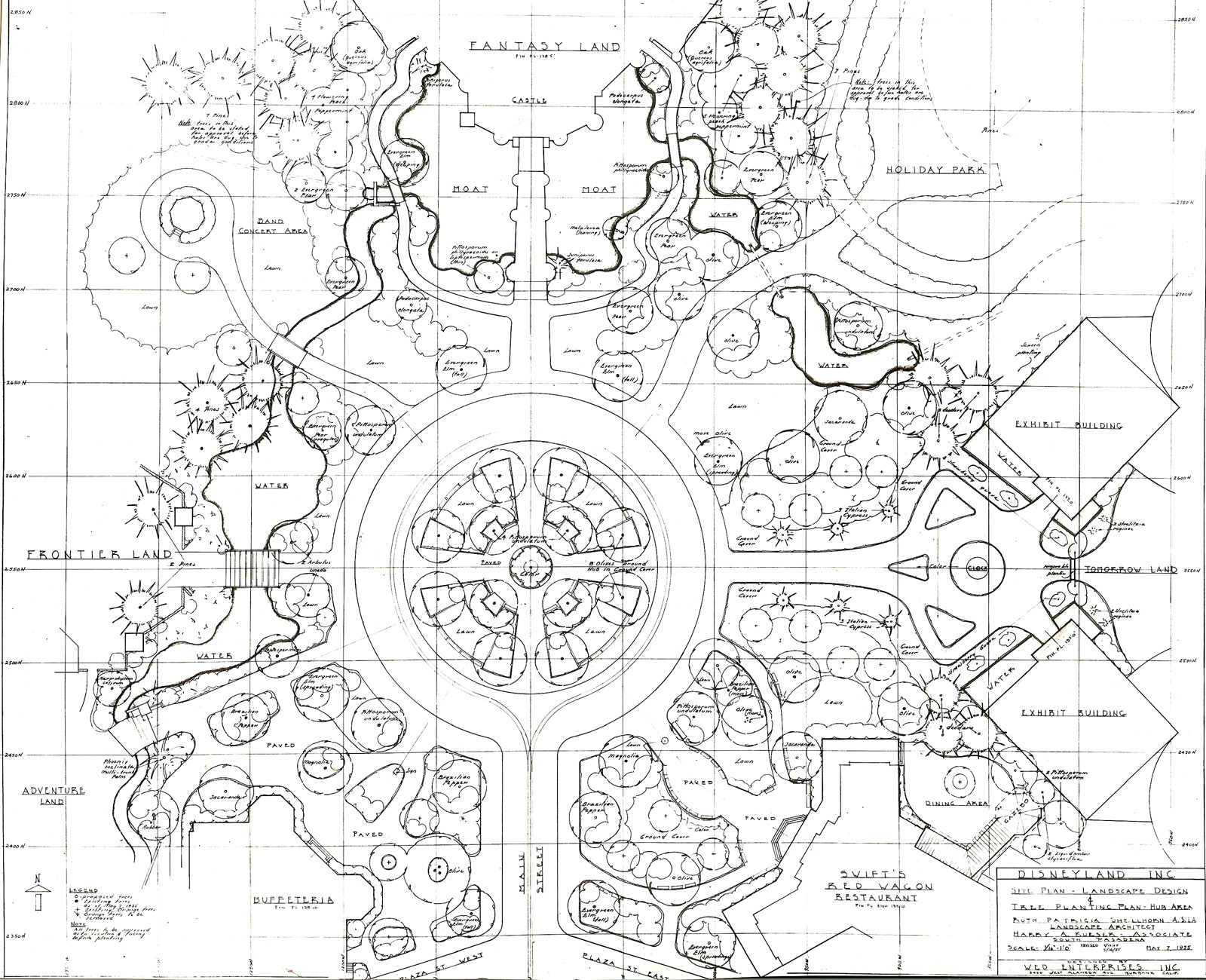 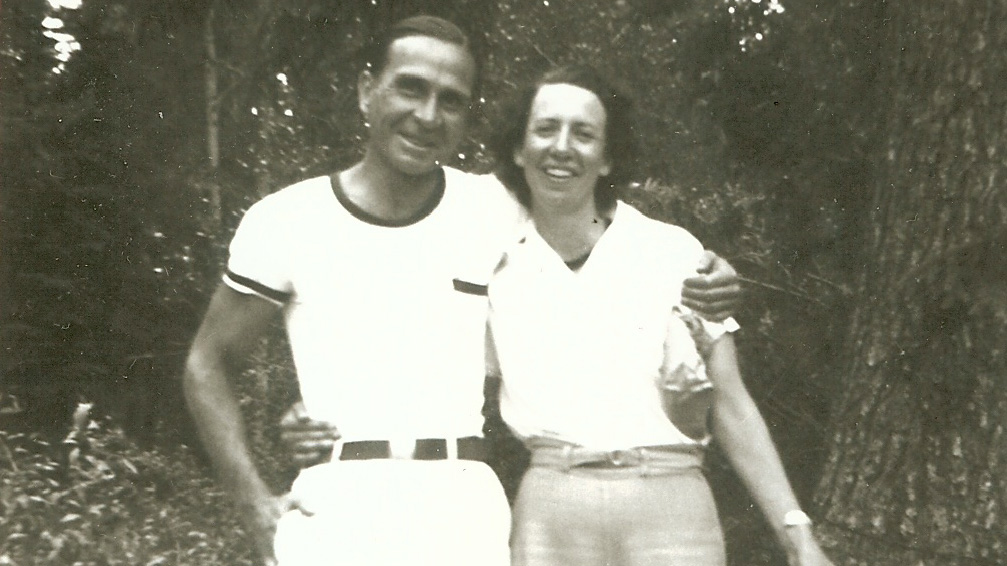 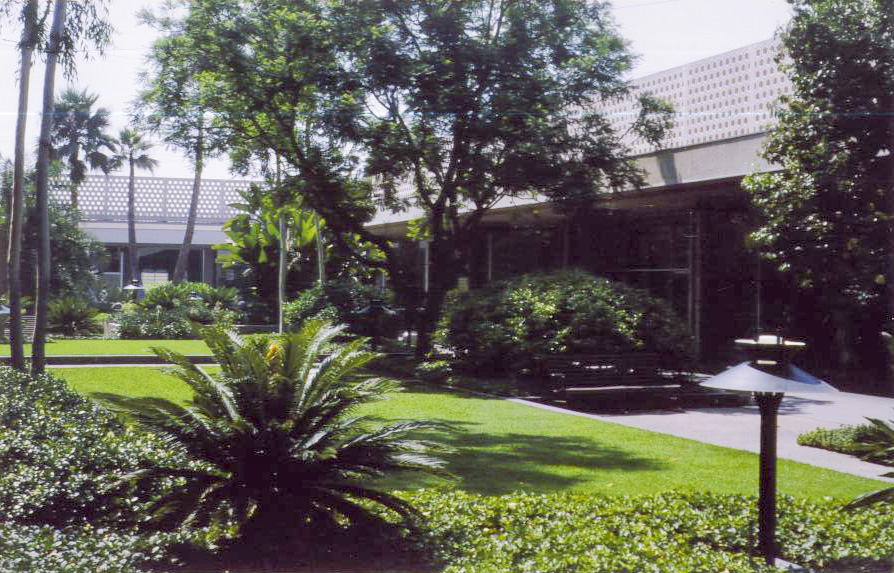 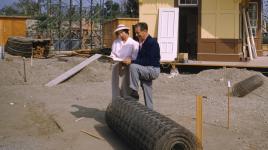 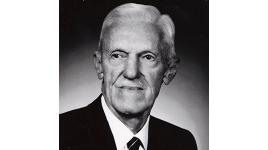 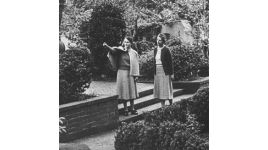 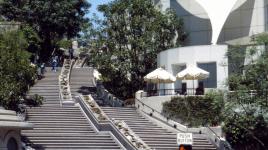