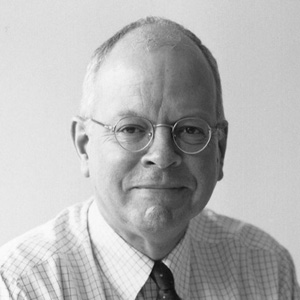 Editor’s Note: On April 23, 2020, David Childs, Chairman Emeritus of the architectural firm Skidmore, Owings & Merrill (SOM), wrote the following letter to the District of Columbia’s Historic Preservation Review Board (HPRB), asking that body to reconsider its approval of plans that would demolish the sculpture MARABAR at the National Geographic headquarters. Completed in 1984, MARABAR is the work of celebrated artist Elyn Zimmerman, who recently spoke with TCLF about her career and the National Geographic commission in particular. After officially listing the National Geographic headquarters in its Landslide program for threatened cultural landscapes and landscape features, TCLF also requested that the HPBR revisit the case in light of information that the review board lacked when it rendered its initial decision.

To the Historic Preservation Review Board:

I have recently discovered that artist Elyn Zimmerman’s monumental sculpture, Marabar, is potentially threatened by plans by National Geographic to modify the zone to the east of its headquarters complex where the sculpture is located.  As part of the design team that worked on the mid-1980’s mid-block construction program of which the Zimmerman piece was an integral element, I write to urge you to preserve her sculpture as part of whatever modifications are being contemplated.

When I, as a design partner at Skidmore, Owings & Merrill, was commissioned by the National Geographic in the early 1980’s, for an addition on their campus, it was made clear to us that the entire composition of the National Geographic holdings (the historic Hubbard Hall on 16th St.; the Edward Durrell Stone headquarters on 17th St.; as well as the then-proposed mid-block addition and its landscape and art work,) should be considered as a whole.  We did just that, with the addition’s horizontal design and low scale, and we recommended the commission of a piece of public art by Elyn Zimmerman.  In fact, I remember that upon the conclusion of her presentation of proposal for a water and stone sculpture ending the space created by the mid-block entrance, the chairman of the Geographic’s Board led a standing ovation for Elyn’s design.

Washington is noted for its public art, and Marabar is one of its finest examples.  I am certain that if the National Geographic’s current design team were asked to respect Elyn’s sculpture the way we had been asked to respect Hubbard Hall and the headquarters building on the National Geographic’s campus, they could devise an accommodating solution that would again evoke the Board’s enthusiastic applause.