Visually isolated from the city by perimeter walls and plantings, the park’s water features (including the city’s first reservoir) increased the sense of distance from the edge. The intersection of grade-separated carriage, equestrian, and pedestrian circulation routes prompted the building of numerous bridges, each unique. Designed to thwart class self-segregation, several of the most magnetic landscapes were reachable only on foot. The formal Mall, its cathedral-like ambience created by quadruple rows of American elms surrounding a central promenade, was set askew from the urban grid, aligned instead on the distant Belvedere Castle. 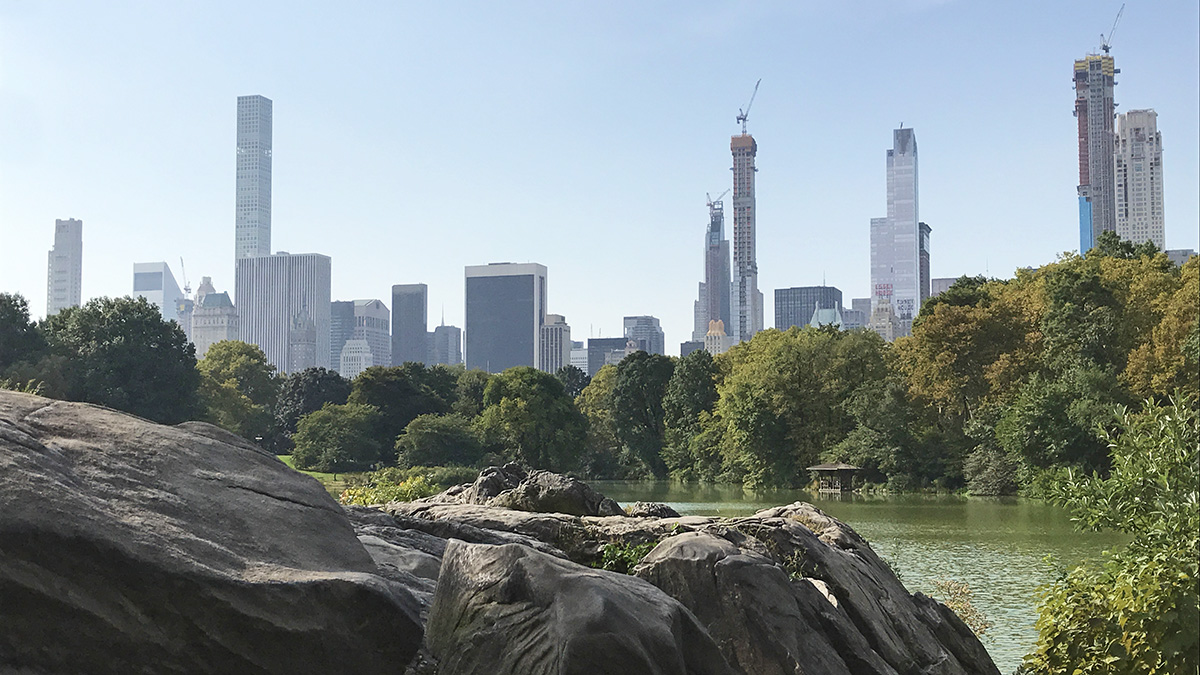 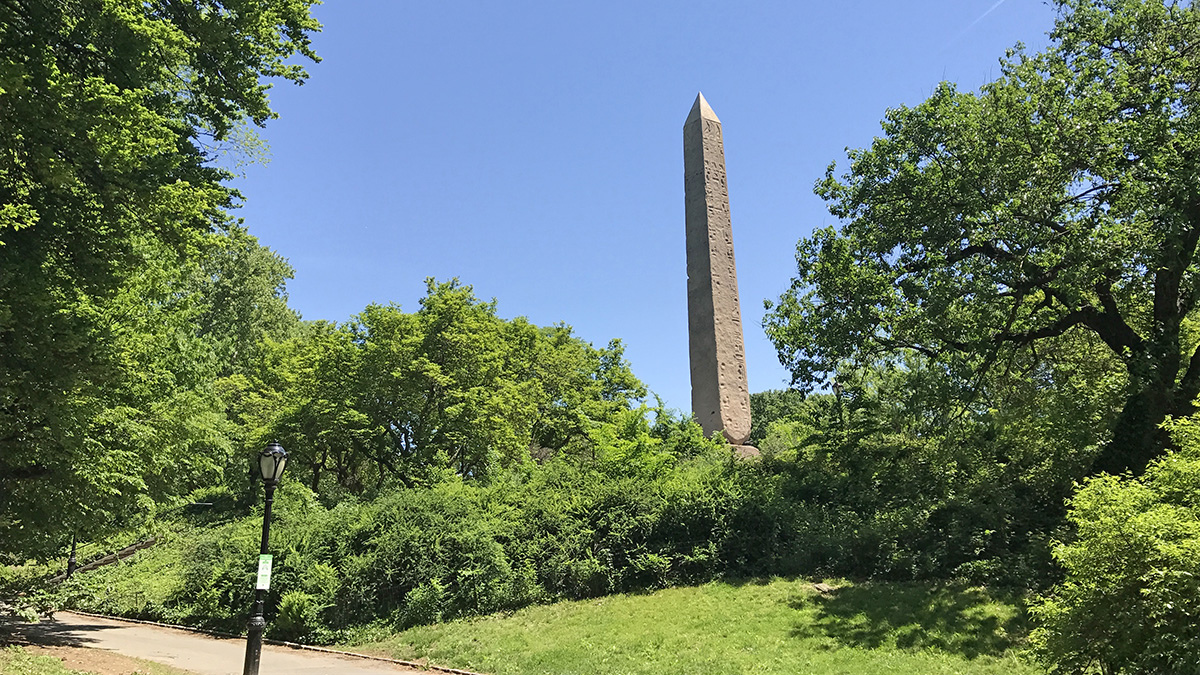 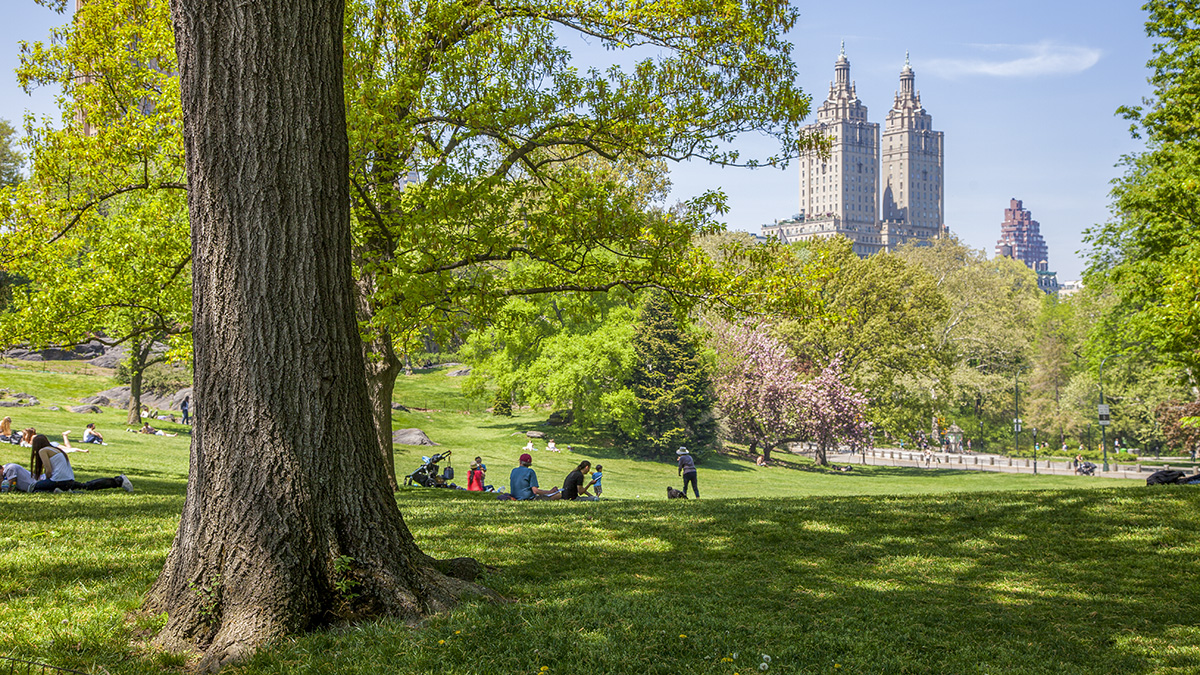 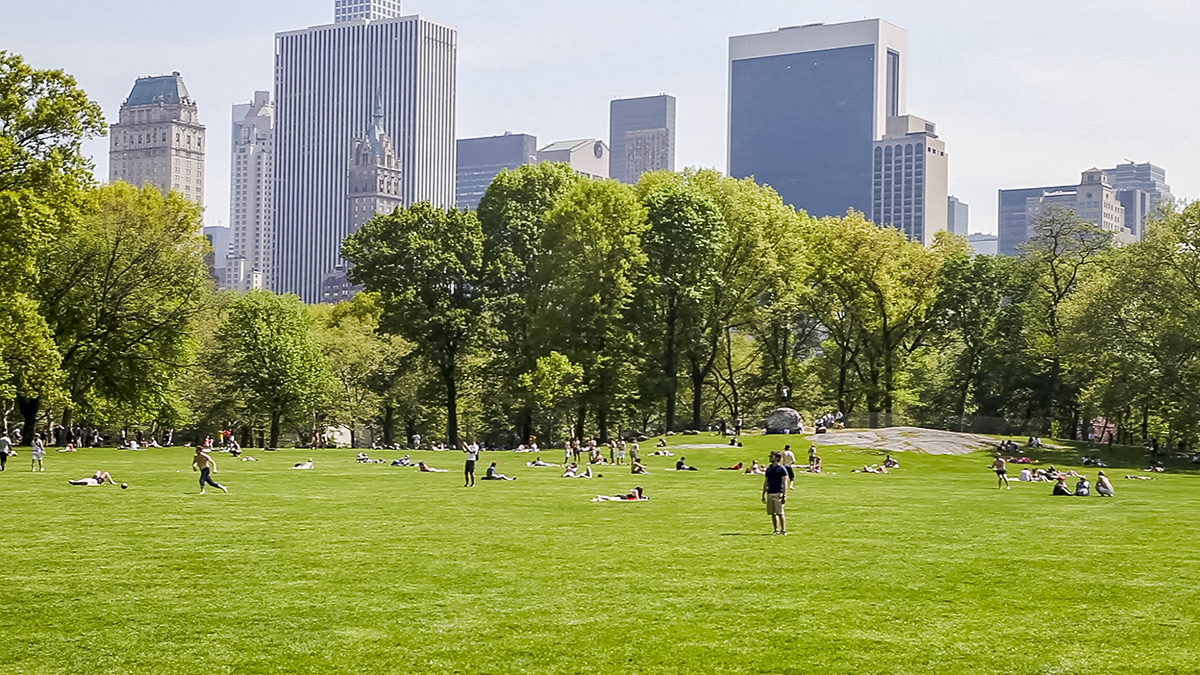 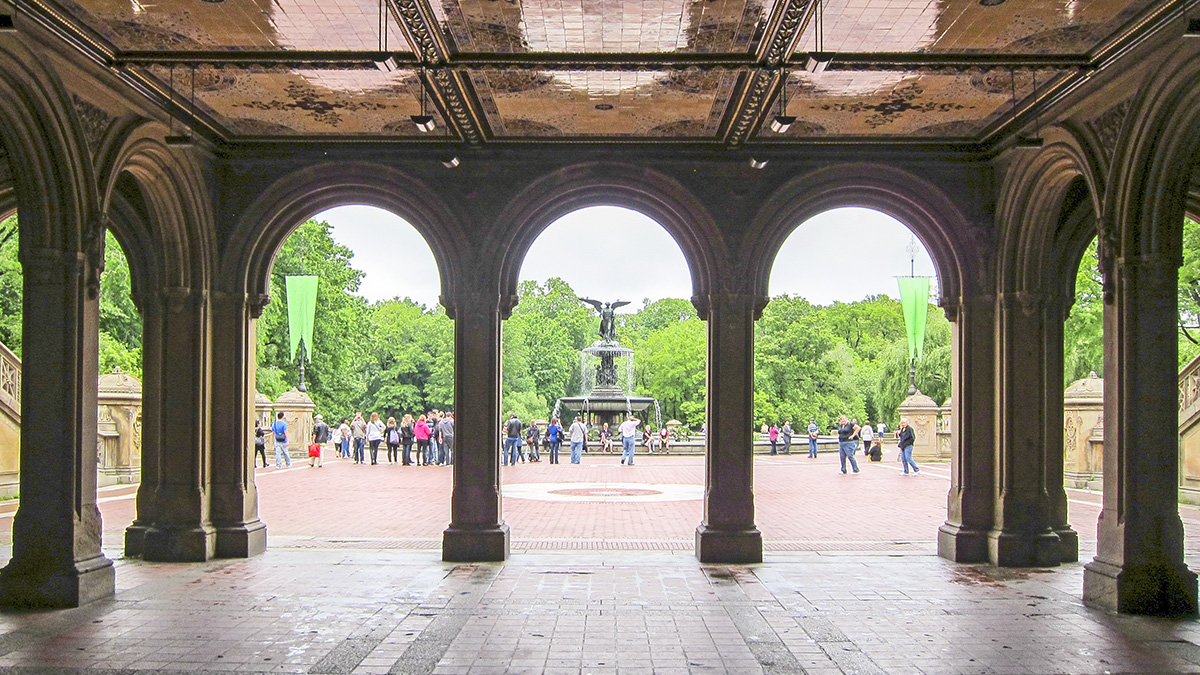 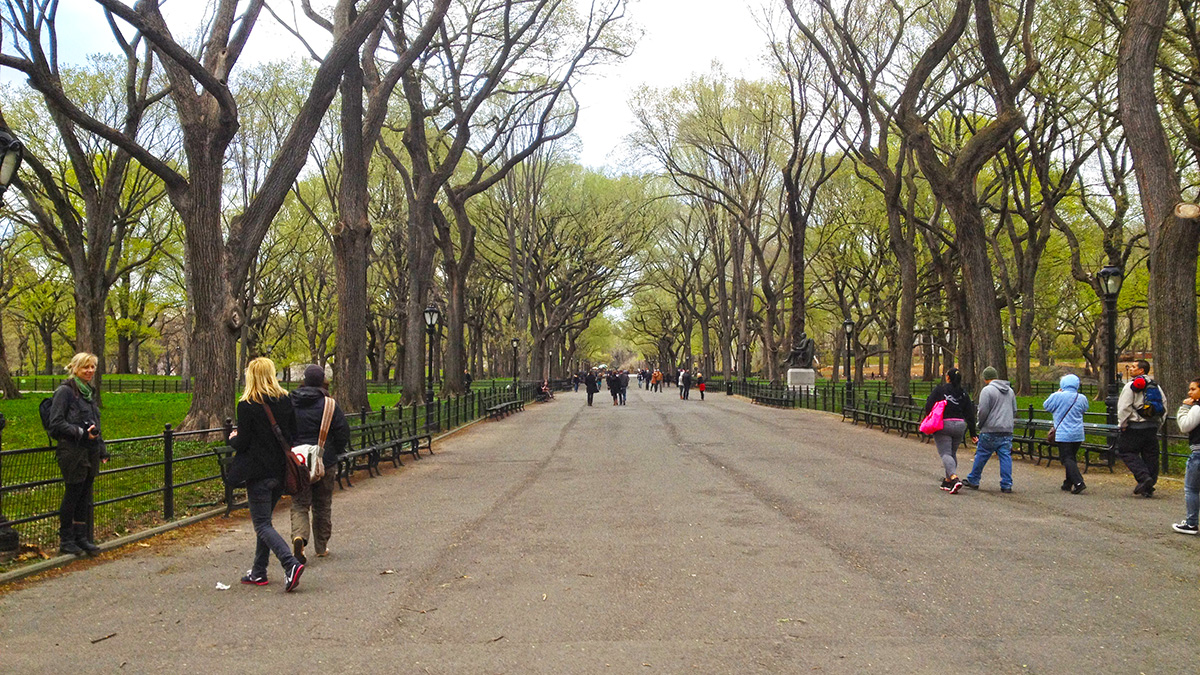 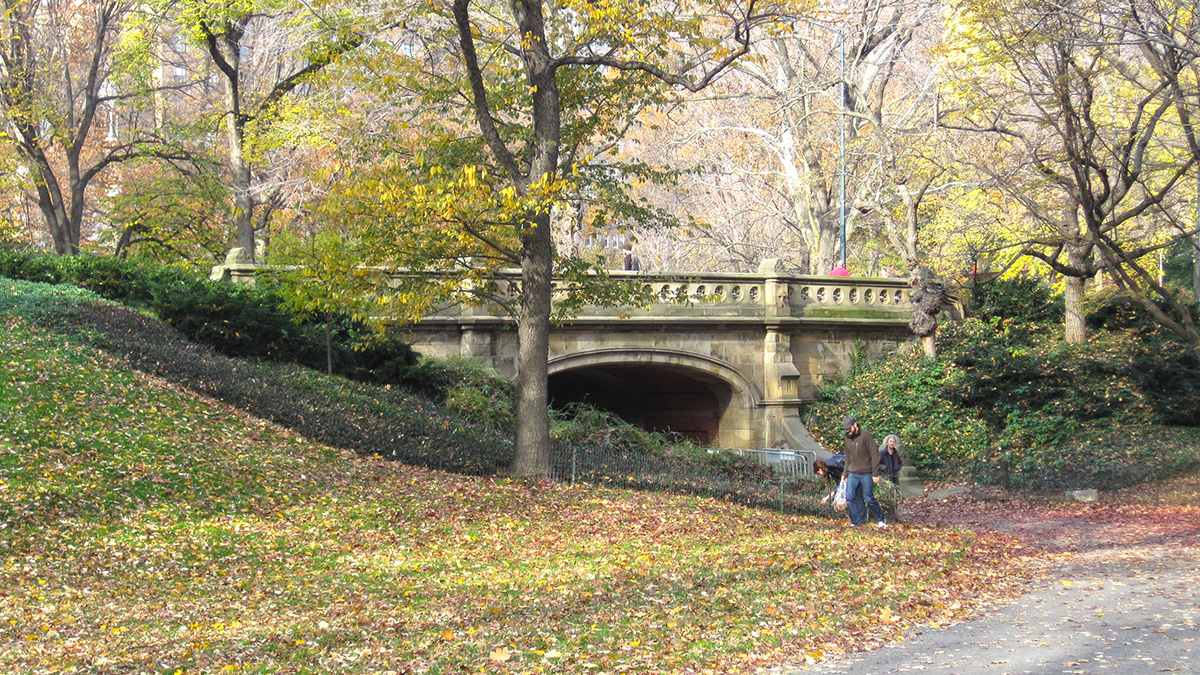 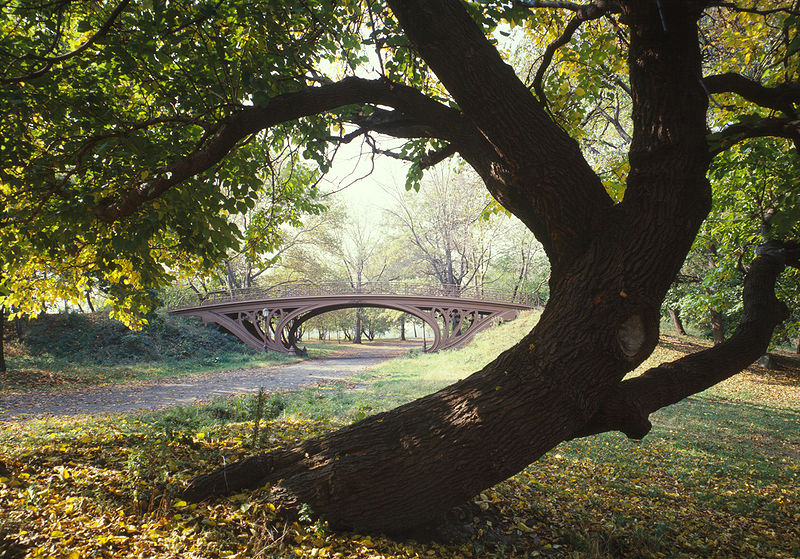 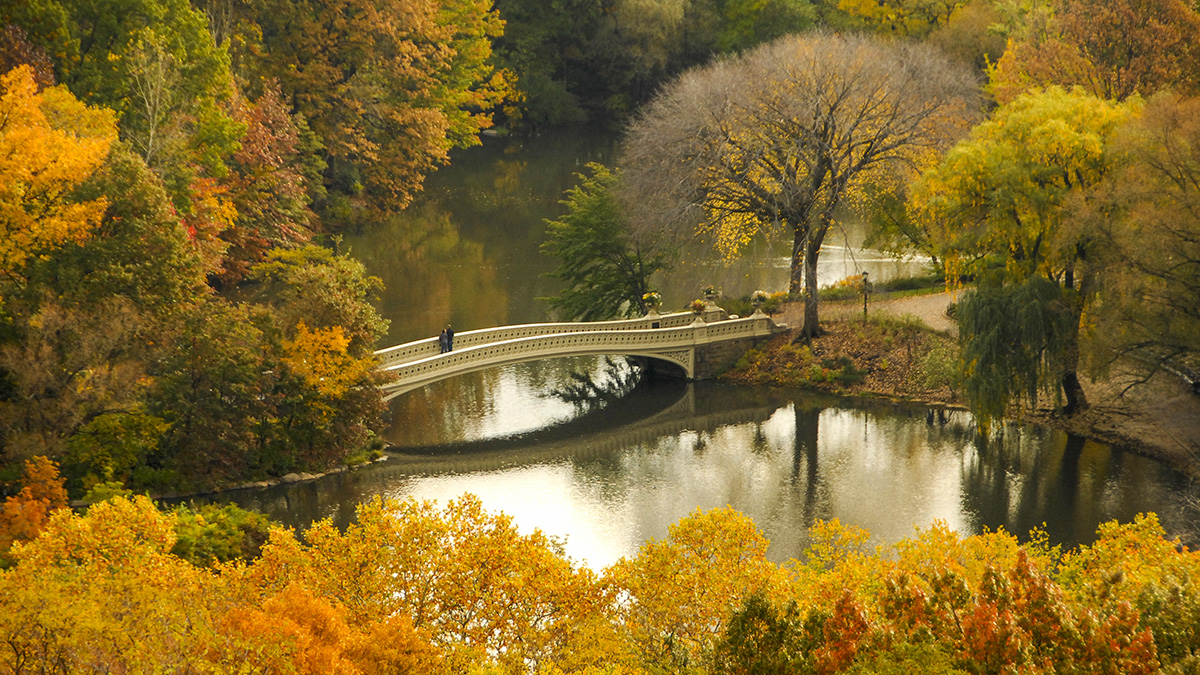 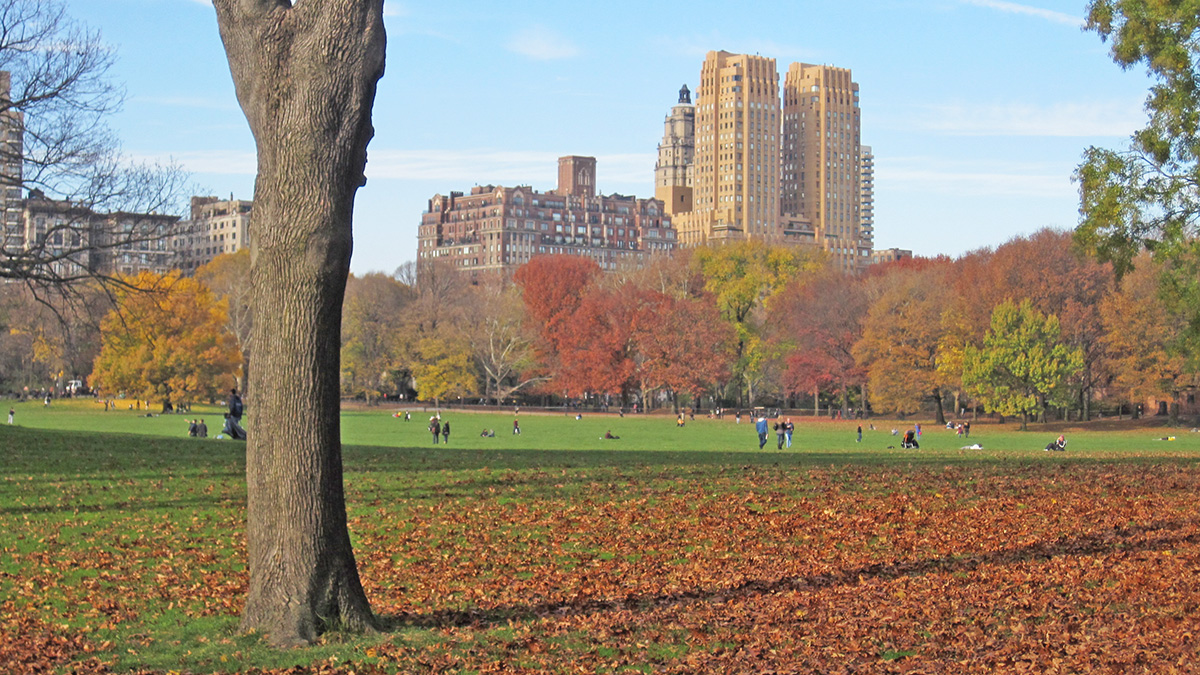 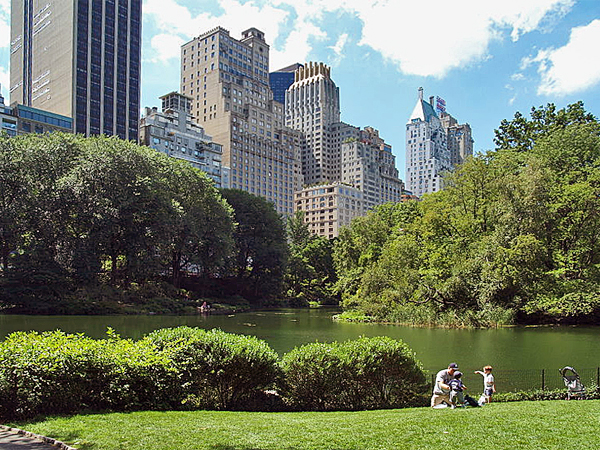 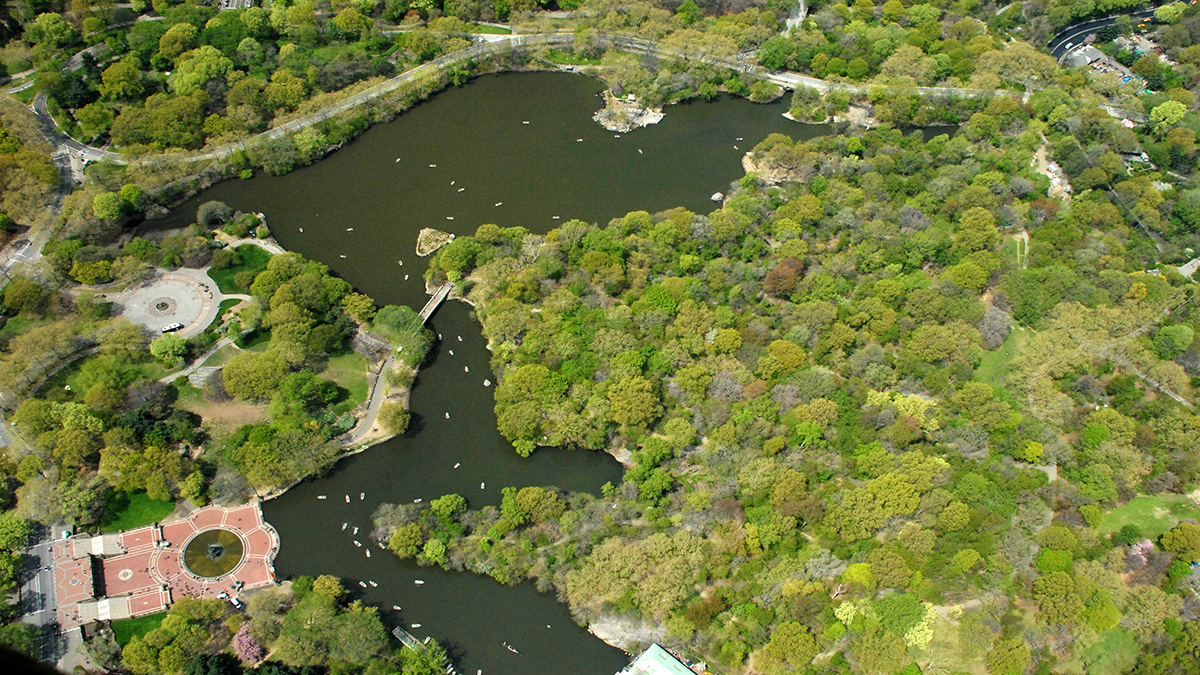 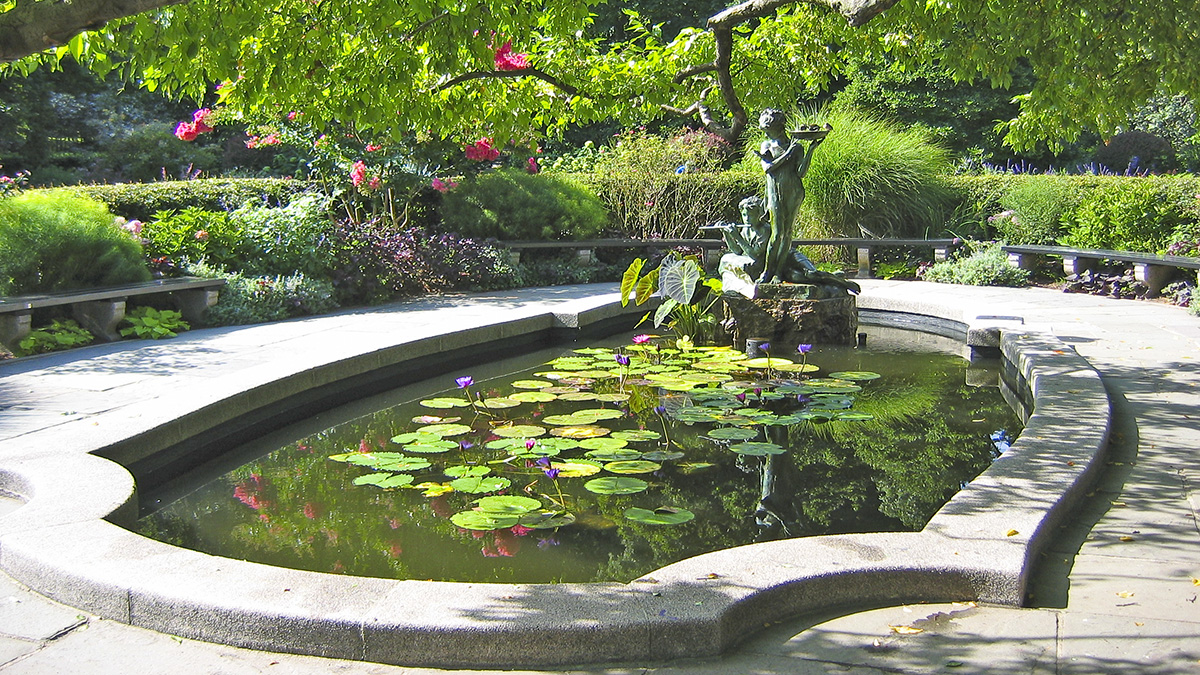