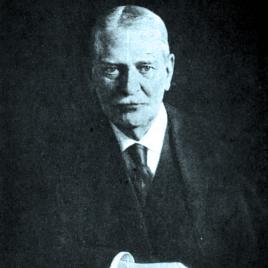 One of the most prolific architecture firms of the period, the office was founded by partners Robert Swain Peabody (1845-1917) and John Goddard Stearns, Jr. (1843-1917) in Boston. The two men met while working at the architecture firm Ware & Van Brunt. Peabody was more design-oriented, meeting with clients, creating thumbnail sketches for all the firm’s commissions, and supervising the firm’s up to 25 employees, while Stearns served as construction and field superintendent for most of the building projects. Throughout its existence, the firm had branch offices in New York City, Colorado Springs, St. Louis, and Pittsburgh.

The firm designed country houses and cottages throughout the United States, primarily on the East Coast, and residences for almost every housing need, mainly in the Northeast, over 70 being constructed in Boston’s Back Bay neighborhood alone. Formats and materials were determined by the site’s context and the client’s wishes. Examples include Wheatleigh (1894) in Lenox, Massachusetts, and Rough Point (1891) in Newport, Rhode Island, both projects involving collaboration with Frederick Law Olmsted, Sr.; and Elm Court in Lenox, Massachusetts with the firm F.L. & J.C. Olmsted.  Peabody & Stearns designed numerous commercial buildings, many being located in Boston, including the Custom House Tower (1915). Many of their designs featured a tower, which became an early signature element. They were also important building designers  for both colleges and private boarding schools, receiving commissions from over 40 schools, primarily in the Northeast, including Harvard University. In addition to buildings, the firm also designed monuments, such as the Dorchester Heights Monument (1902) in Boston and the Angell Memorial Fountain (1912) in Boston’s Post Office Square. Upon the death of both partners in 1917, the firm was succeeded by one of its architects, W. Cornell Appleton, and Stearns’ son Frank as Appleton & Stearns. 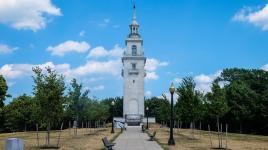 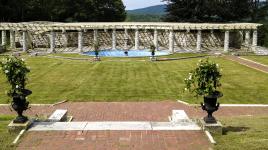