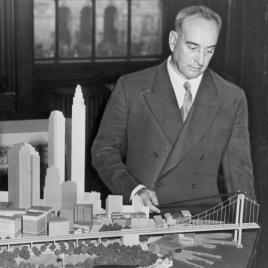 Born in New Haven, Connecticut, Moses grew up in New York City on east 46th street. He graduated from Yale in 1909 before going on to Oxford and then Columbia, earning a Ph.D. in 1914. Moses was a master planner, builder, and sometimes-politician known for the indelible and controversial mark he left on New York City as its Parks Commissioner for 26 years. During his more than 40-year career and occupation of many of the highest bureaucratic offices in the city (once holding twelve positions simultaneously), he built at an unprecedented scale and pace, inspired in part by Le Corbusier’s 1920s plans to reconstruct central Paris. Planning with the automobile in mind and using New Deal-era funding, Moses constructed parks, highways, zoos, swimming pools, civic centers, sports stadiums, exhibition halls, 13 bridges, 658 playgrounds, 416 miles of parkway, 150,000 units of public housing, and the 1964-65 World’s Fair, all at an estimated cost of what would amount to $150 billion today. Among his most noteworthy projects are Jacob Riis Beach in Brooklyn, Jones Beach State Park in Long Island, the Belt, Grand Central, Cross Island, and Henry Hudson Parkways, and a number of outdoor pool complexes. Moses’ bulldozer-approach to urban renewal acted as a catalyst for the preservation movement, and his public image has become increasingly debated since the 1974 Pulitzer Prize-winning biographic tome, The Power Broker, by Robert Caro. Moses died of heart failure at the age of 92 in West Islip, Long Island. 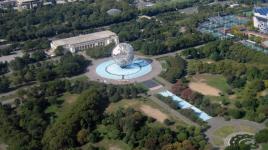 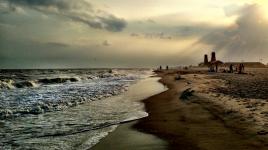 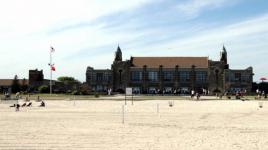 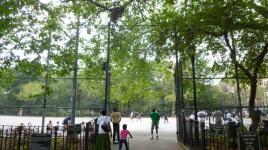 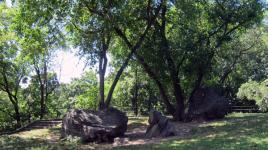 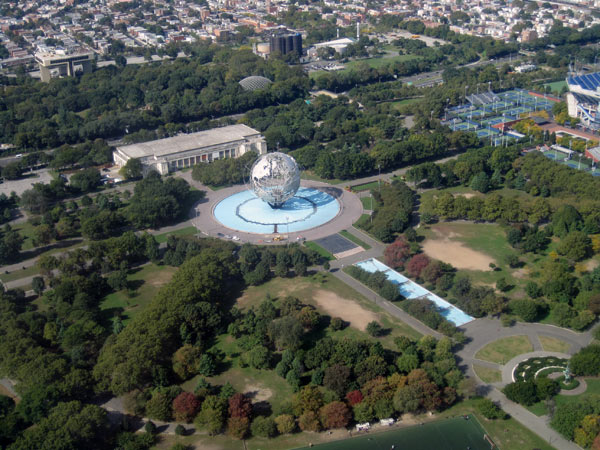 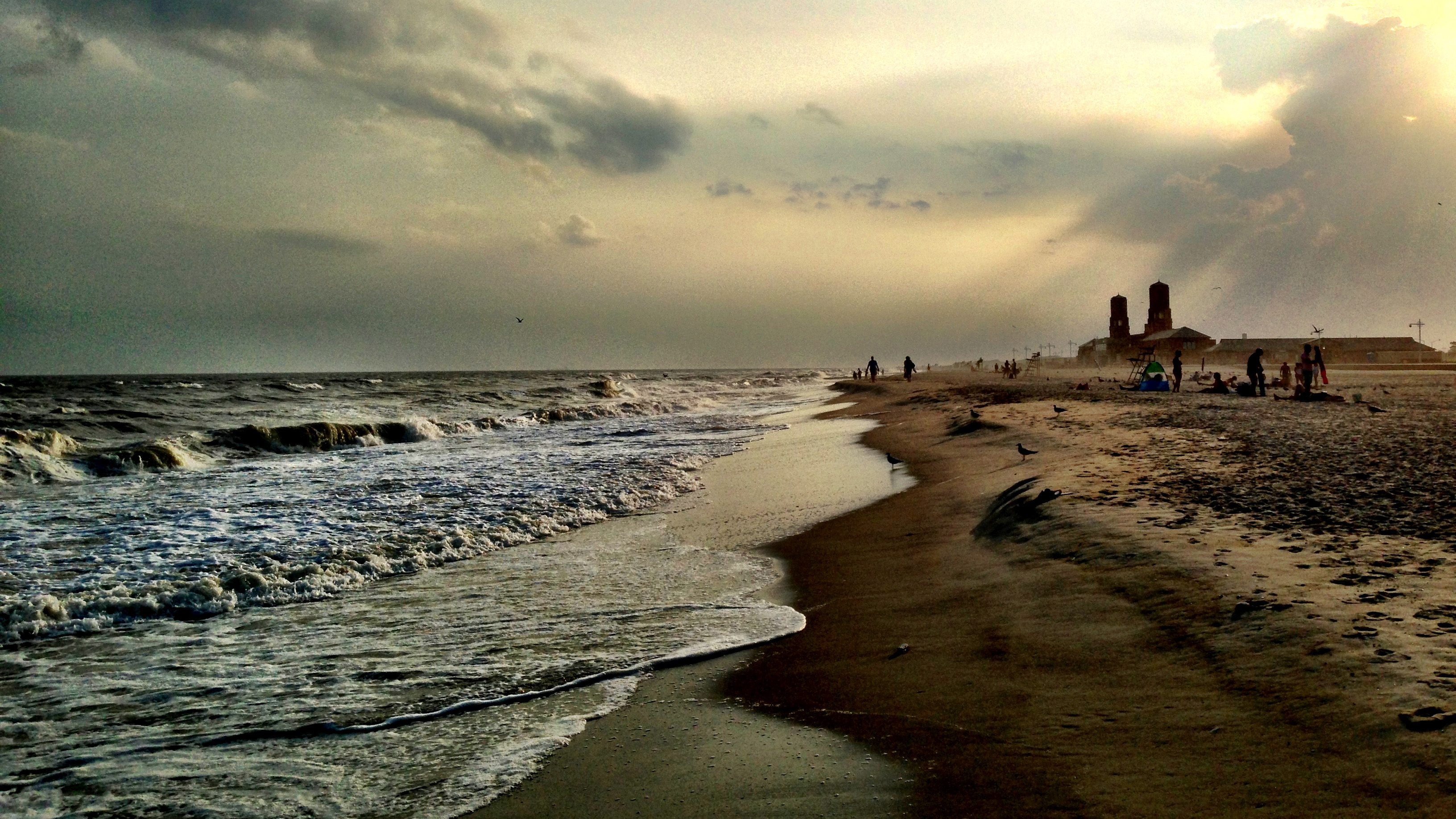 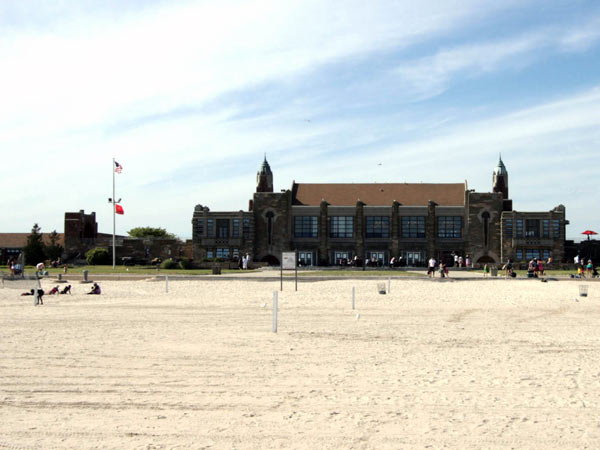 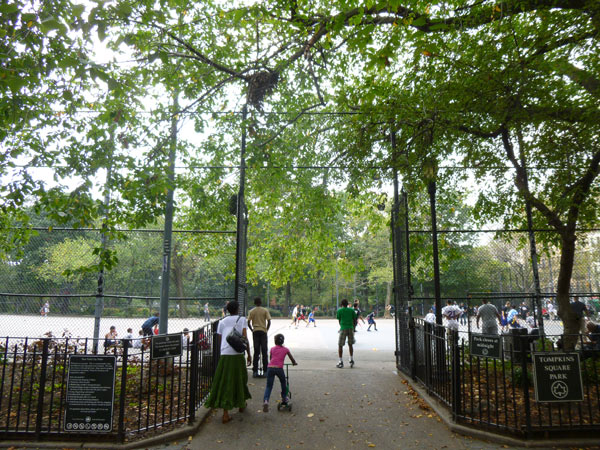 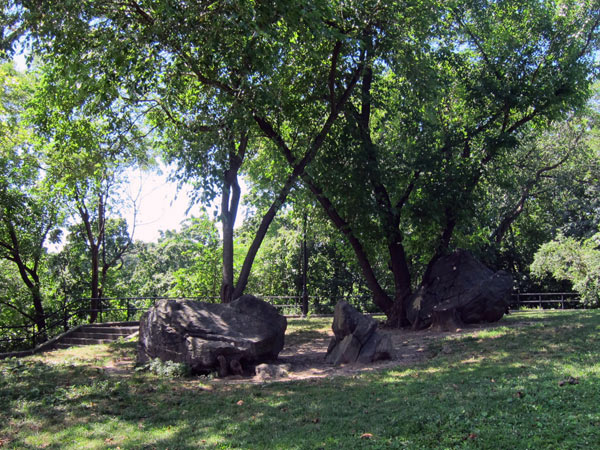 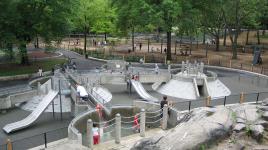 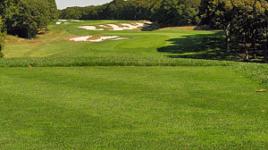 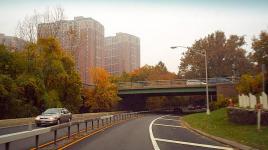